What with the latest release of Mad Max to the cinemas I thought it best that Shed should get in on the action. One of my friendly gamers and I have plans to develop our own post apoc road rules BUT the absence of time has meant returning to that GW gameset released in 1983 - Battlecars. 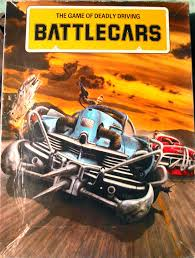 I recall vividly when this came out - I was 18 just left school and was working in the demanding world of Sainsbury's as a trainee manager on the princely sum of £4k per annum.

Upgrading the box set into 28mm was extremely simple.

My gridded board would be the same one I use for my predator games with the diagonals drawn on. Terrain pieces are then laid over the top. In this case I used my post apoc ruins, crashed and burnt out cars and other sundry stuff.

The cars themselves were built years ago... 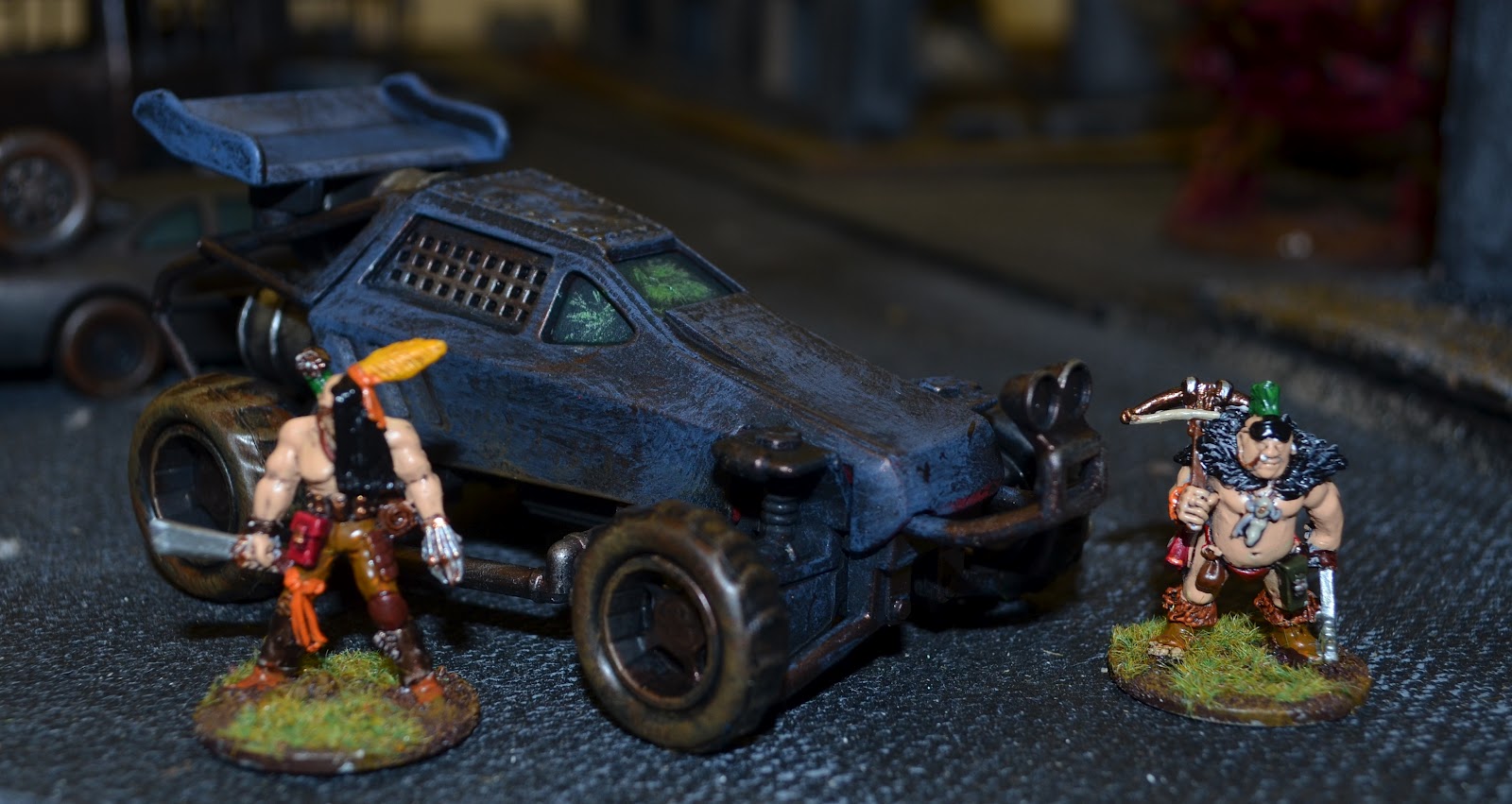 As to the play sheets I just photocopied some of the original car sheets and players will use felt tip pens to mark off damage and ammo. A bulldog clip sliding across the top helps to mark speed.

For passive weapons drop offs like smoke, mines, oil and spikes I made up some bigger cards to place on the board. These were printed and laminated.

In time, and if this proves popular I'll create some bespoke pieces. 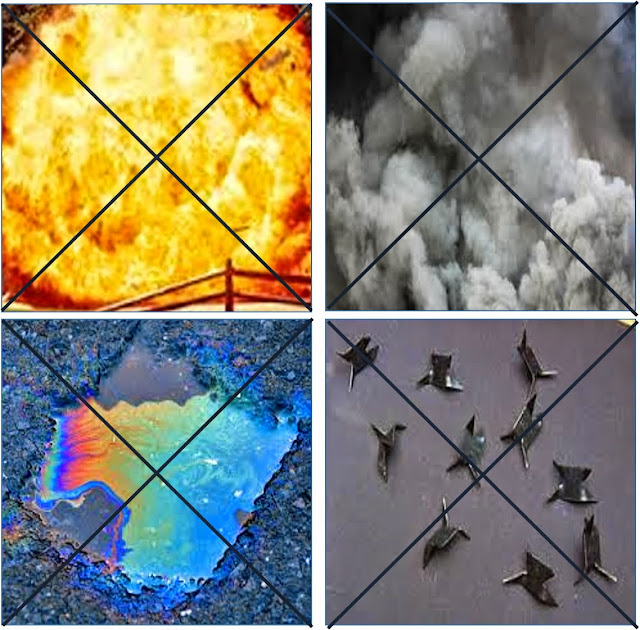 With four of us playing we managed to squeeze in three 'fast and furious' games.

The first two were simple classic affairs - hurtle around the board and try to be the last man standing. All good fun.

The third game was very different and has certainly lead to some thoughts as to how this might progress. We set up a track around the board. The Winner being determined by the first person to complete three laps or go the furthest distance.

We diced for pole positions and with Mark taking the lead he soon shot off in the distance only after dropping mines on the starting line. My car soon followed with two tyres blown out by the mines.

As each car left the grid they deposited their grisly loads. It soon became a game of cat and mouse with the track being covered in spikes oil and mines. Navigating these treacherous areas soon became impossible and the cars were forced to run these channels of destruction.

Flame, Rockets and Machinegun fire echoed across the track as the cars steadily traversed the oval circuit. By the end of Mark's first lap he was soon close to lapping those in the rear. This of course brought into play some new behaviours with the rear running cars (mainly driving on near flat tyres) to try and take out the leaders. All good fun.

It soon became apparent that this game had begun to look a bit like Deathrace (the movie set in a future prison starring Jason Statham). I the film the convicts race on a specially designed track in custom cars with the potential of parole for the winner of the race. The cars are equipped much as ours were but weapons were only activated when the cars hit certain hotspots.

With this in mind I am going to re-watch the movie and try to recreate the track and these hot spots.