Looking North across the battlefield 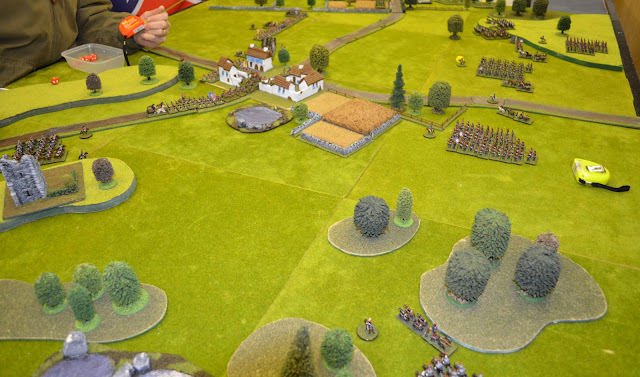 The two forces of French and British stared across the valley at one another. Equally matched in size and firepower they began to draw their plans. The British took the initiative decided to march on the village, whilst defending the land between the hamlet and the large farmhouse & fields to the North. 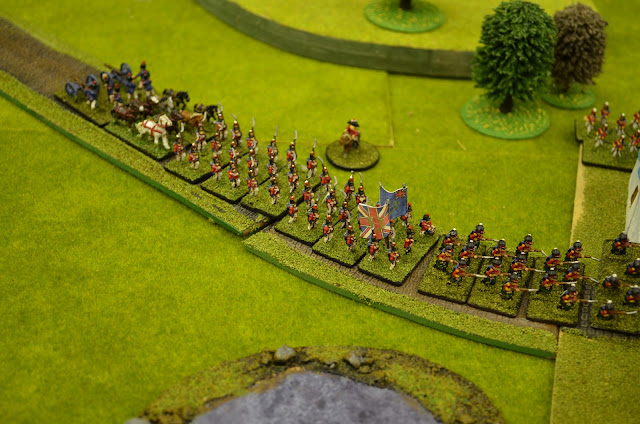 The 95th Rifles secured the fields in the north 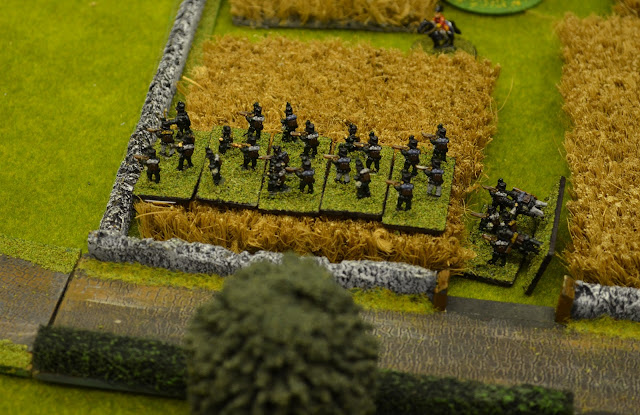 Finally a screen of Light Cavalry was thrown out to protect the southern flank.

It was the french turn...onward 'mes braves'. French Infantry storming the Village. Legeres advancing towards the British Line 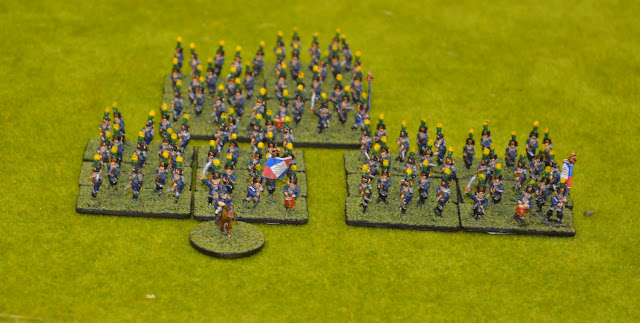 Supported by the French Heavy Cavalry

Cavalry engagements broke out in the South with French and British light horse sparring for position...the British coming off best 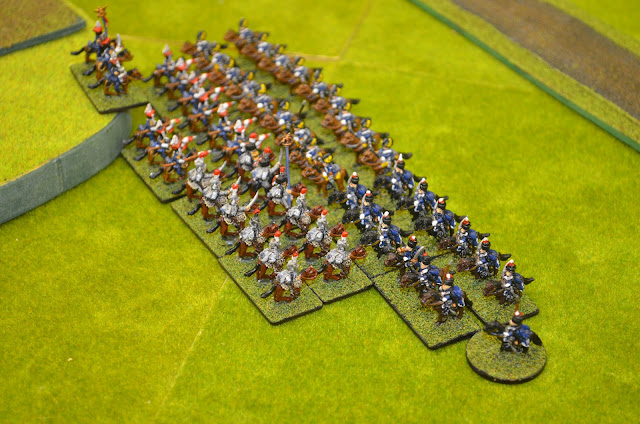 The French continued to advance on the right flank...taking heavy casualties from the British Artillery. 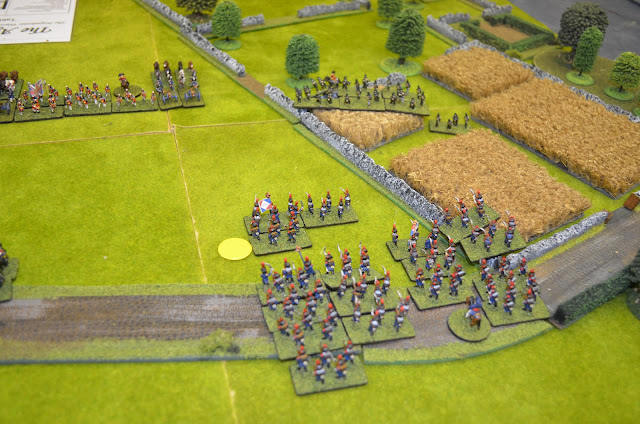 And the columns pushed on into the Village 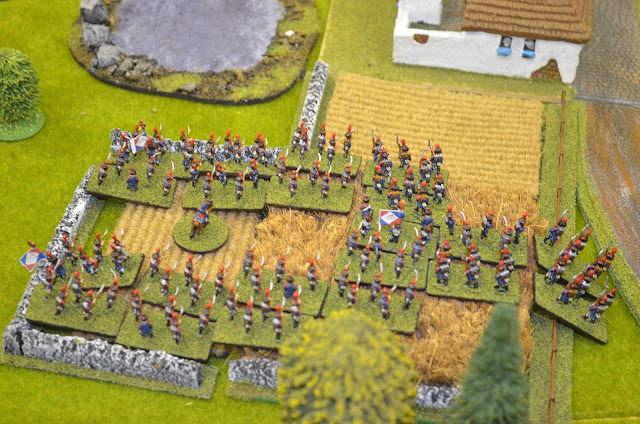 With the French cavalry decimated on the left wing...maybe the heavy Dragoons and Curassiers could do better....? 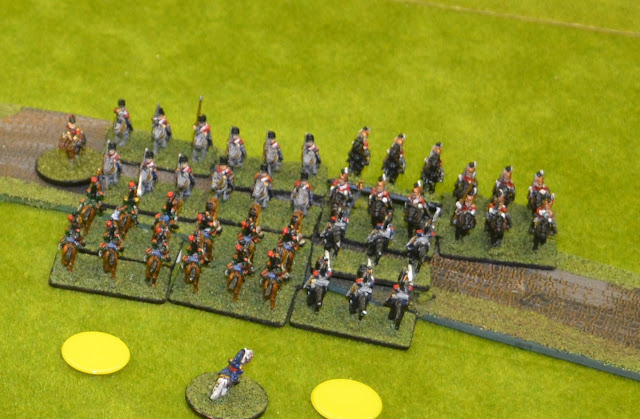 No they didn't. The Scots Greys and British Dragoons routed their french counterparts and broke into the French Infantry waiting behind....hastily squares were formed. 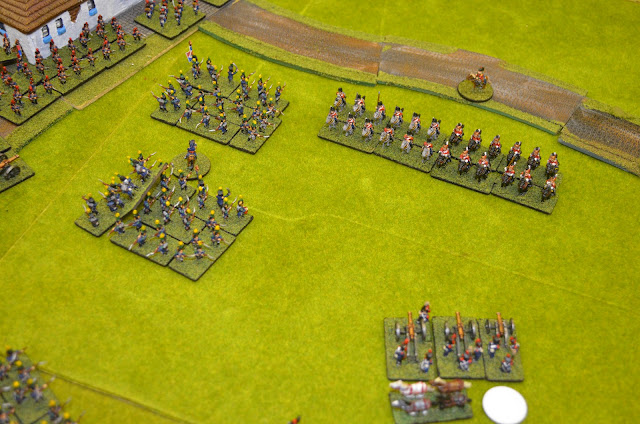 With the French Cavalry destroyed and the French Infantry pinned by fearsome artillery and the constant threat of mounted charges the French General ran up the colours and conceded visctory to the Allied General....Well done Mark..

A couple of other shots... 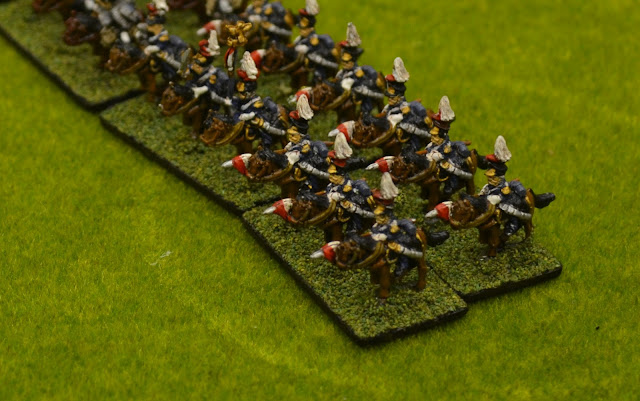 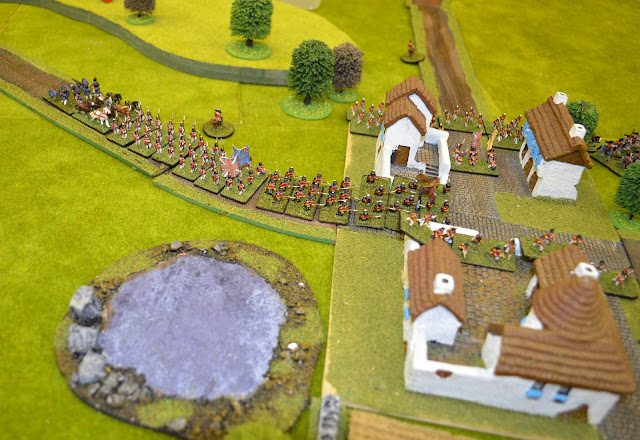 British Forces entering the village
Posted by Eric the Shed at 19:53 2 comments:

An update on a recent engagement in the Anglo Zulu War.

My Lord Chelmetriver, Large numbers of Zulus have been spotted heading for Missionary Position at Uncrossurlegs River.  With immediate haste you must send reinforcements to defend this position. 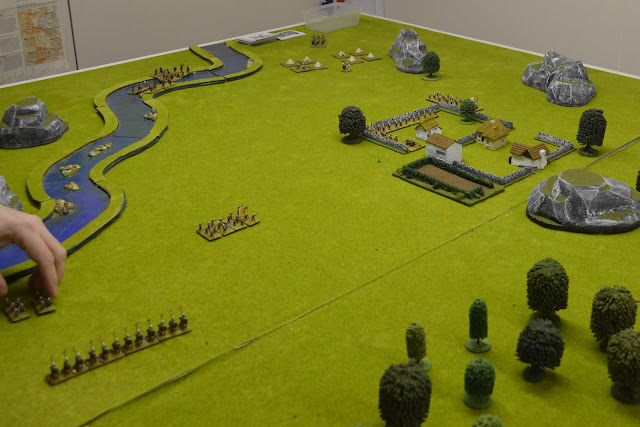 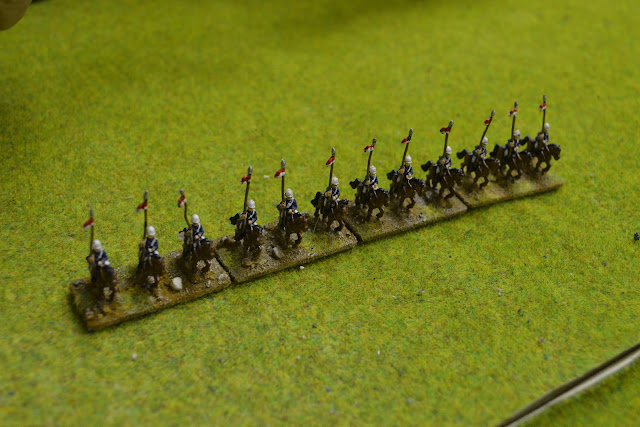 Quickly in hand  (see above photo) the relief force marched to the sound of battle. Infantry from the Royal Squelching Fusiliers  led the column. 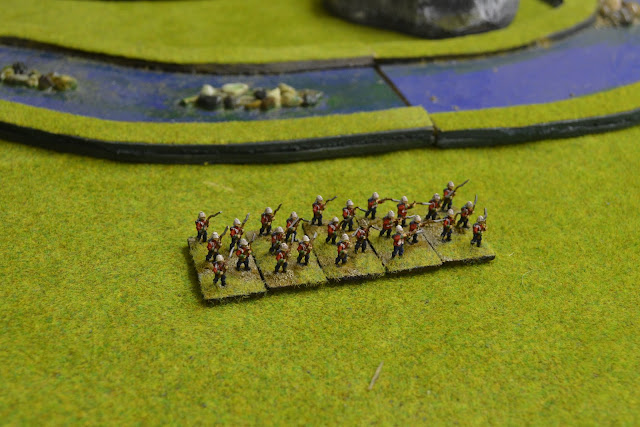 Hastily the British forces lined the walls of the Missionary Position

The Zulus - attacked the rear at the weakest point - only poor boers standing in their way - driving their way in hard and fast... 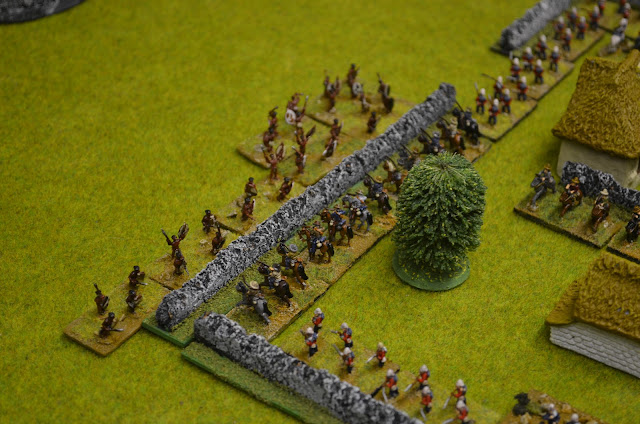 With the defense about to crumble the Zulus launched an assault full frontal - splitting the British force... 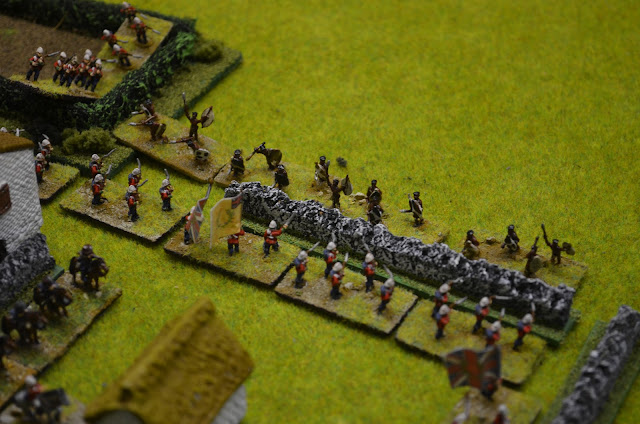 Apologies readers but the rest of the pictures are far too gruesome - The British were slaughtered to a man..
Posted by Eric the Shed at 20:03 2 comments: