As promised in my last post I have started on my latest terrain project, the Peninsular Village. Although if truth be told this could be used for a variety of periods and genres.

Effectively I am re-purposing and tarting up the buildings I bought on ebay earlier this year. These have all been assembled and painted by somebody else (if you are reading this thank you - they look great).

The issue I had with them was that they looked slightly bland sitting on my green baseboards and it was difficult to denote one particular build up area from another. I also wanted to use them to create a series of farms, convents, monasteries etc.

With a plan sitting in my head I decided to mount these on 30 cm square 5mm plywood bases. I am hoping that the ply will be thick enough to prevent warping. My usual terrain bases tend to be hardboard but this material is guaranteed to warp past a certain size. For the princely sum of £13 my local B&Q hardware store was able to cut up an 8ft x 4ft board into several squares plys a few rectangles (60cm x 30cm).

It was then just a simpler task of placing the current buildings in a series of patterns on these boards. By going down the square route these can be reconfigured into a number of different size villages and ham;lets or I can use the boards individually. From a black powder ruleset perspective each board counts as a built up are and can hold one battalion of troops.

The buildings themselves were fixed to the boards using hard as nails glue and left to dry overnight.

Aside from the Church and Tower (still to be mounted on boards) I have now created a village with 9 base boards - that's almost 1 metre square. Whereas the walled compounds are square on the bases the individual houses have been placed at angles to reflect the fact that these towns are rarely built on grids.

Four boards come together to create a town square in which will sit a fountain purchased from Grand Manner. I'll also put together some statues for the town.

The building in the top right of the photo below was over 30cm long so this sits on a base 30cm x 60cm. It looks a bit like a monastery

The next job is to then dress the boards. I decided that flagstones would look good and using 2mm eva foam I cut out hundreds of small squares and rectangles. These were fixed to the boards using PVA. As you can see from the pictures I am about half way through this. It is a laborious task and patience is required.


Once dry these are then painted black specifiaclly allowing the paint to seep betwen the cracks. More on the progress of this in the next post.

There's more, as I mentioned in the previous post I have added to my village two purchases from Charlie Fox Trot models. These are the small church and the tower. Both can be found in their pantile range.

Once assembled (they are made of mdf) I added stone work to the corners using eva foam. This adds further depth to the model and makes these models stand out. The bare MDF was then coated in a semi liquid filler mix (consistency of thick gravy) and allowed to dry.

I wanted these two buildings to tie into the rest of the buildings and fortunately one of my tester pots of emulsion paint was an almost perfect match. The walls have been given a couple of coats with the added stonework painted white.


The resin roofs were primed black and then drybrushed deep red and terracotta.

What have I been up to?

Apologies for the lack of posts recently but work commitments and to be frank a general lethargy about focussing on this blog has meant things have been relatively quiet.

However hopefully things are about to change and you will see more exciting things coming out of the shed in the next few weeks.

On the gaming front I have been particularly active. We have played a couple more Peninsular engagements using black powder and on both occasions my British forces have been soundly beaten by the Frenchies. I just cant seem to stop the attack columns. This frustration has boiled over to the point that we might be playing the rules wrong but following a post to the Warlord Games forum it does appear that the rules are correct and either the dice gods are just being unkind or those French attack columns are just too powerful. If anybody out there in blog land has some thoughts on this please do ping me a line. The plan is too host a couple more Peninsular scenarios in the coming weeks so watch this space.

Whilst we are talking about my peninsular project I decided that I needed to crack on with the terrain for this period. You may recall at the beginning of the Napoleonic project I managed to acquire this town for a very reasonable price on ebay. I have now discovered that the buildings themselves come from Warbases modular range (worth checking out here).

This was the village I bought

I have now decided to rebase these onto 30cm plywood squares and construct a proper Mediterranean town. This is going to be my next terrain project. To supplement the buildings I have already got I discovered two wonderful pieces from Charlie Foxtrot models. A Church and a tower.

These are listed in their Pantile range (here)

I have shown the pictures of these two (not my models) from the website below. These are MDF kits with resin pantile roofs. I picked up mine from Colours at Newbury a couple of weeks ago and have already started construction. They are great kits. Over the last few years (pretty much since I have been running this blog) I have managed to meet a large number of gamer's in my immediate vicinity and last week I was invited to join a Dragon Rampant game at anothers 'Shed'. I say shed but I really should say Cabin. We had a great game (better that I has on the winning side) but sadly I forgot to take any pictures.

This game was however a first for me as my host had created a games mat from teddy bear fur and it looked fantastic. So much so I am going to invest in some of this stuff and see if I can replicate the affect for my own table (yet another project). A big thank you to Dave and his friends for making me feel most welcome and I look forward to our next battle.

As we move into October plans are beginning to gather pace for the Lead Adventures BLAM event. For the past three years this has been hosted in my local pub and once again this venue sees 25+ gamers head down to the Surbiton area to feast on games, beer and good food over a four day period. We have extended the event for an extra day this year because it is our tenth anniversary. For my sins I'll be running a chopped down version of my heroic defence of Rorkes drift and a Muskets & Tomahawks game. I can't wait.

Shortly after Blam I'll be hosting in the Shed an all day game (period yet to be decided) for my original gaming group. Its been the best part of 10 years since we all got together and Mark and I are looking forward to catching up with old friends.

So there is a great deal to sort out in the coming weeks.

On a final note we have been playing a number of board games as well. In particular I can strongly recommend Spartacus - this is great fun and is sure to become a firm favourite during the winter months ahead. 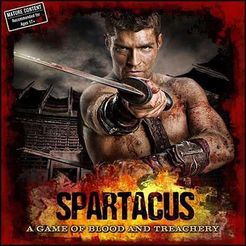 I also received my Kick starter copy of Massive Darkness a few weeks back. This has already seen several games and I think its fair to say the jury is still out on this. Whilst the components in particular the minis are wonderful the game play deteriorates as the players progress. There has been a number of similar comments on Board Game Geek about this. Hopefully some tweaks and house-rules will deliver a better game in the long run. 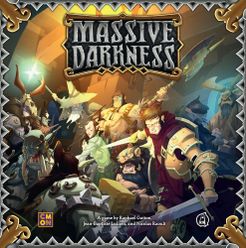 So thats about it for the moment - hang on there is more... 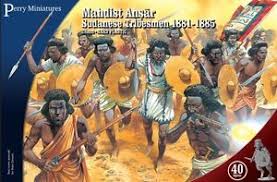 As I think I mentioned in an earlier post I took the Shed family on holiday to Vietnam, Cambodia and Thailand earlier in the summer. I have only just got round to sorting out the photos !

One of the highlights of this fabulous trip was spending three days in Siem Reap (Cambodia) and visiting the wonderful temple complexes scattered around this city. The most famous of which is Anghor Wat. We managed to visit several of these sites during our stay and the thought occurred to me that my fellow wargamers interested in building a jungle complex might be interested in some of the photos. Shown below are a very small number of pictures that capture the essence of these historic sites.

Interestingly they are all in various states of repair/decay (depending upon your perspective).  Sadly we when we visited these the skies were overcast and the light was not particularly brilliant.

PS - it took ages to get photos where tourists were not in the shot !! 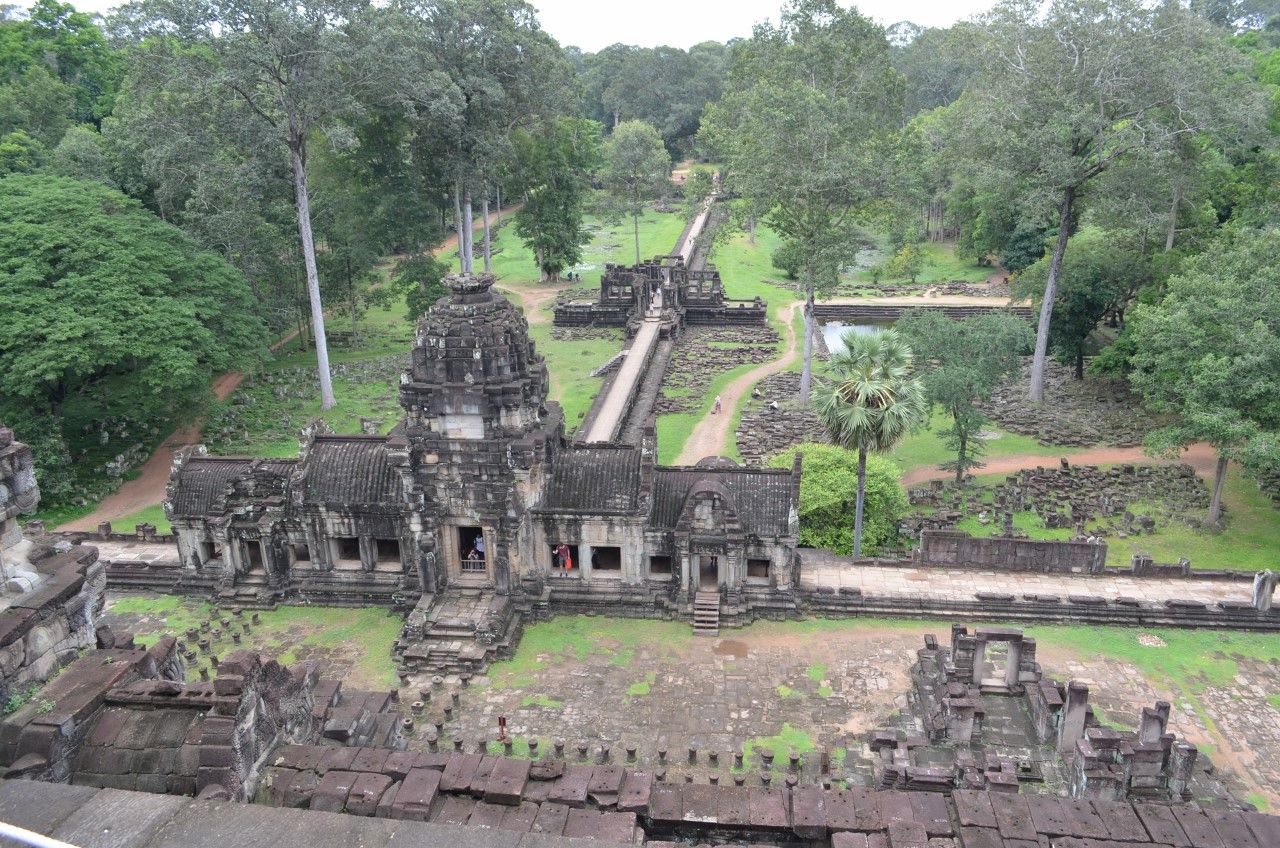 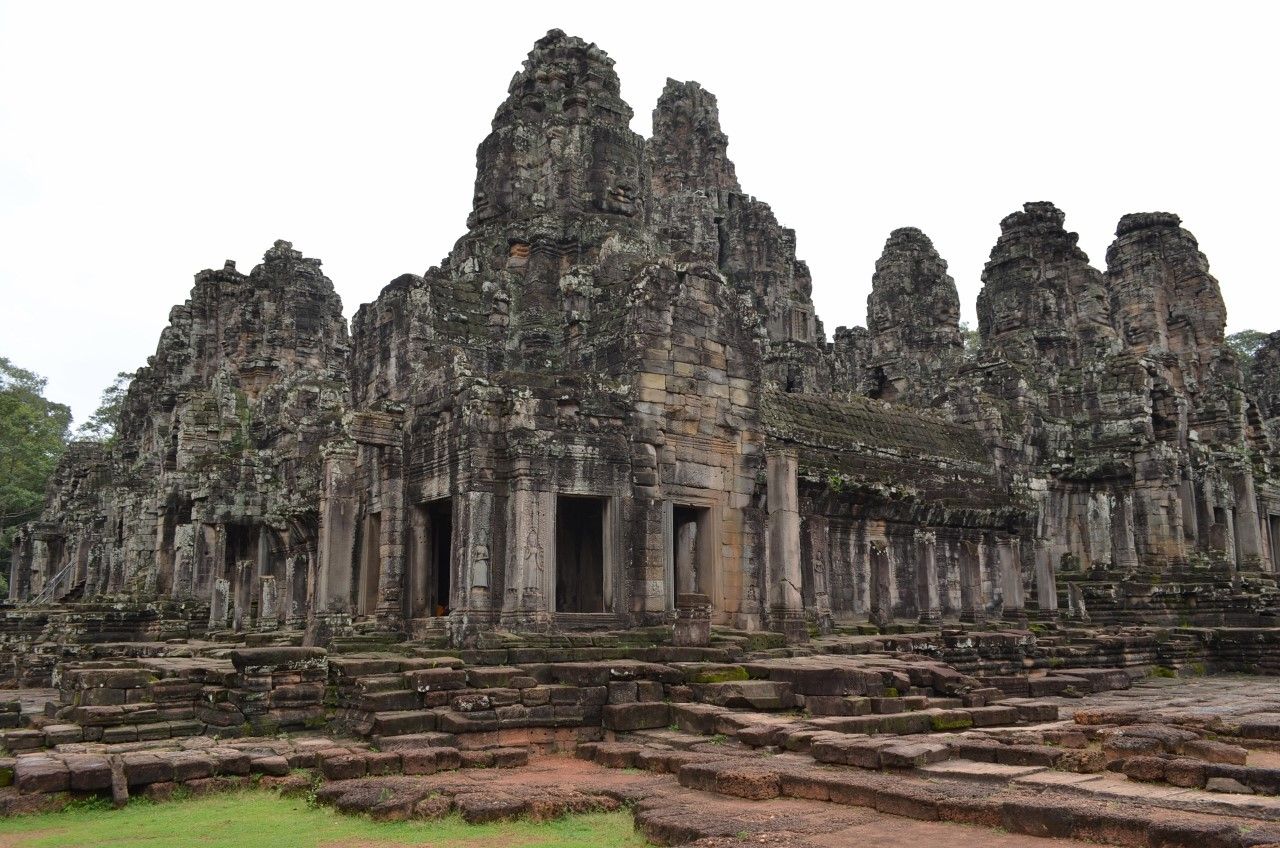 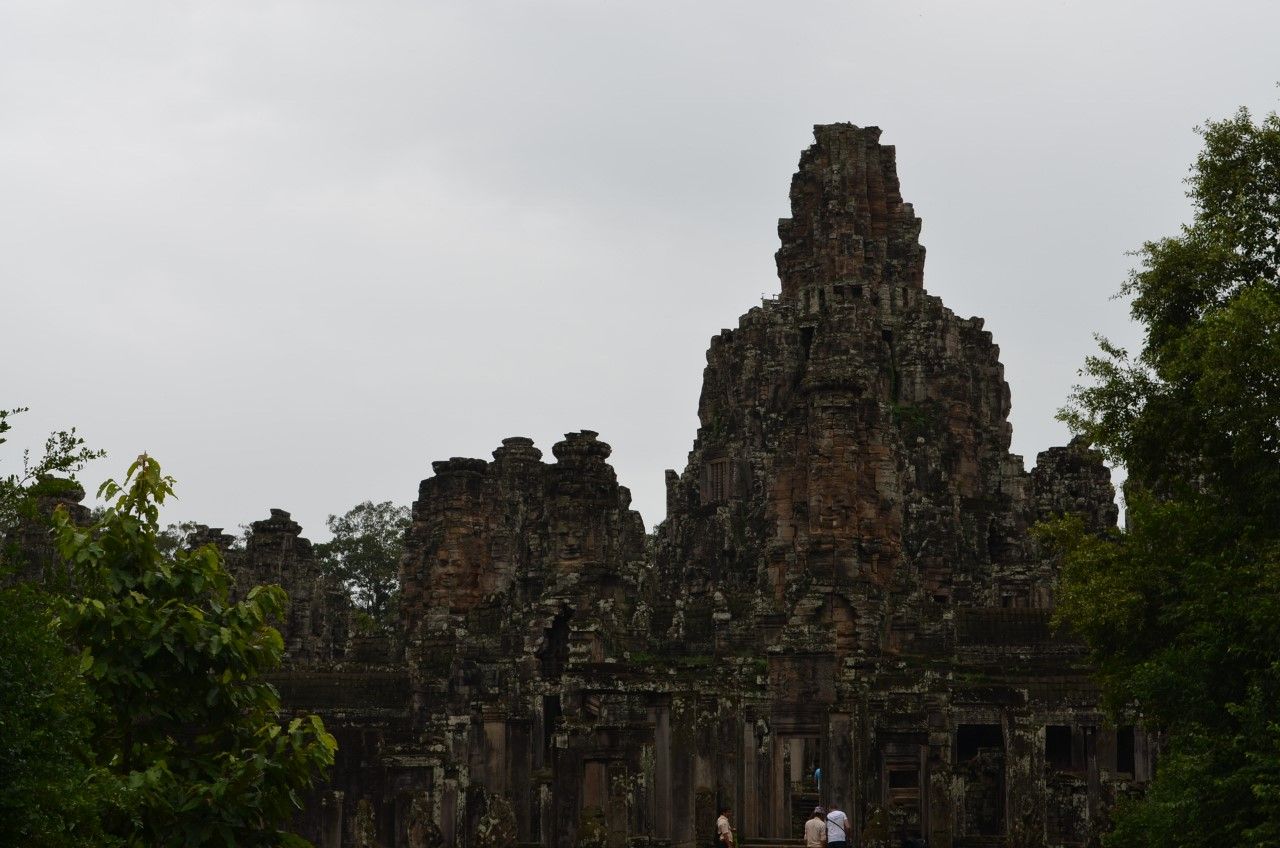 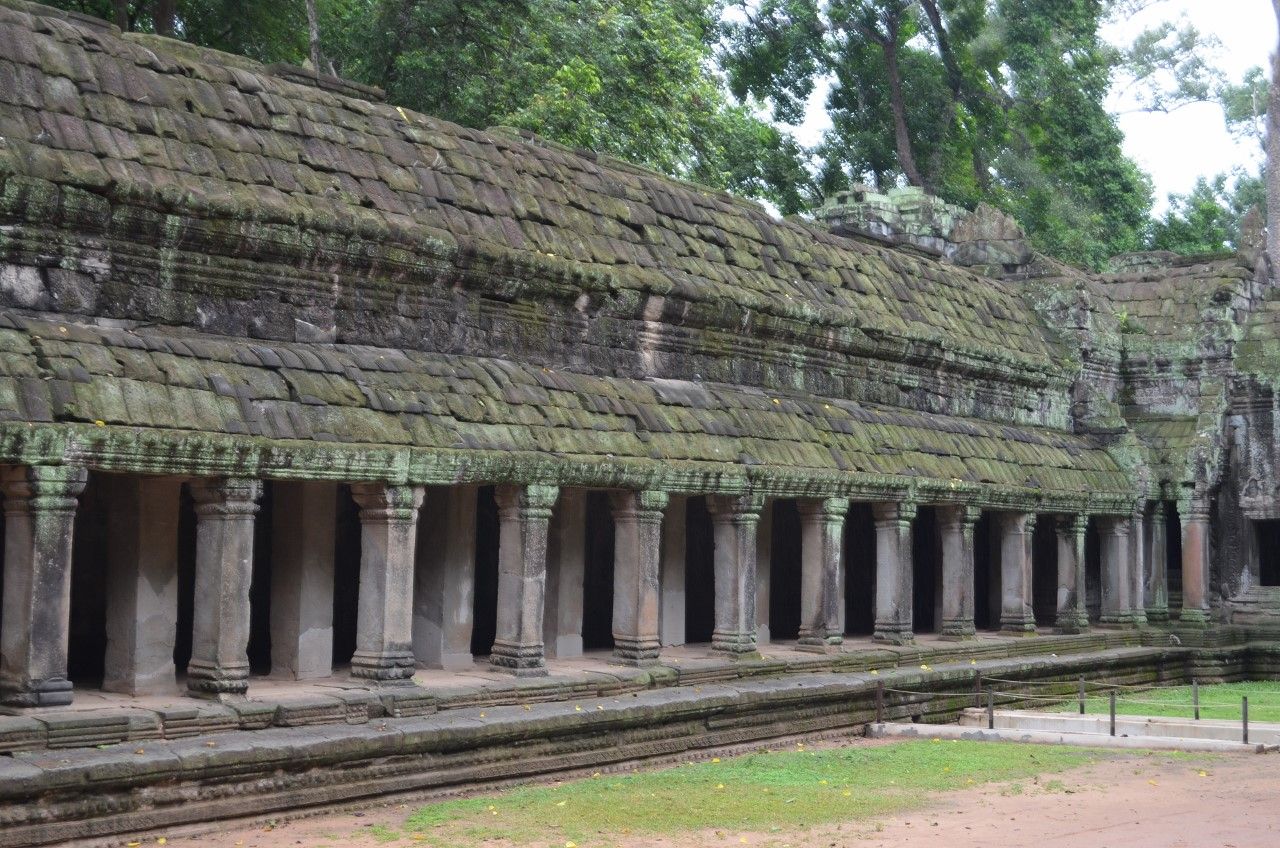 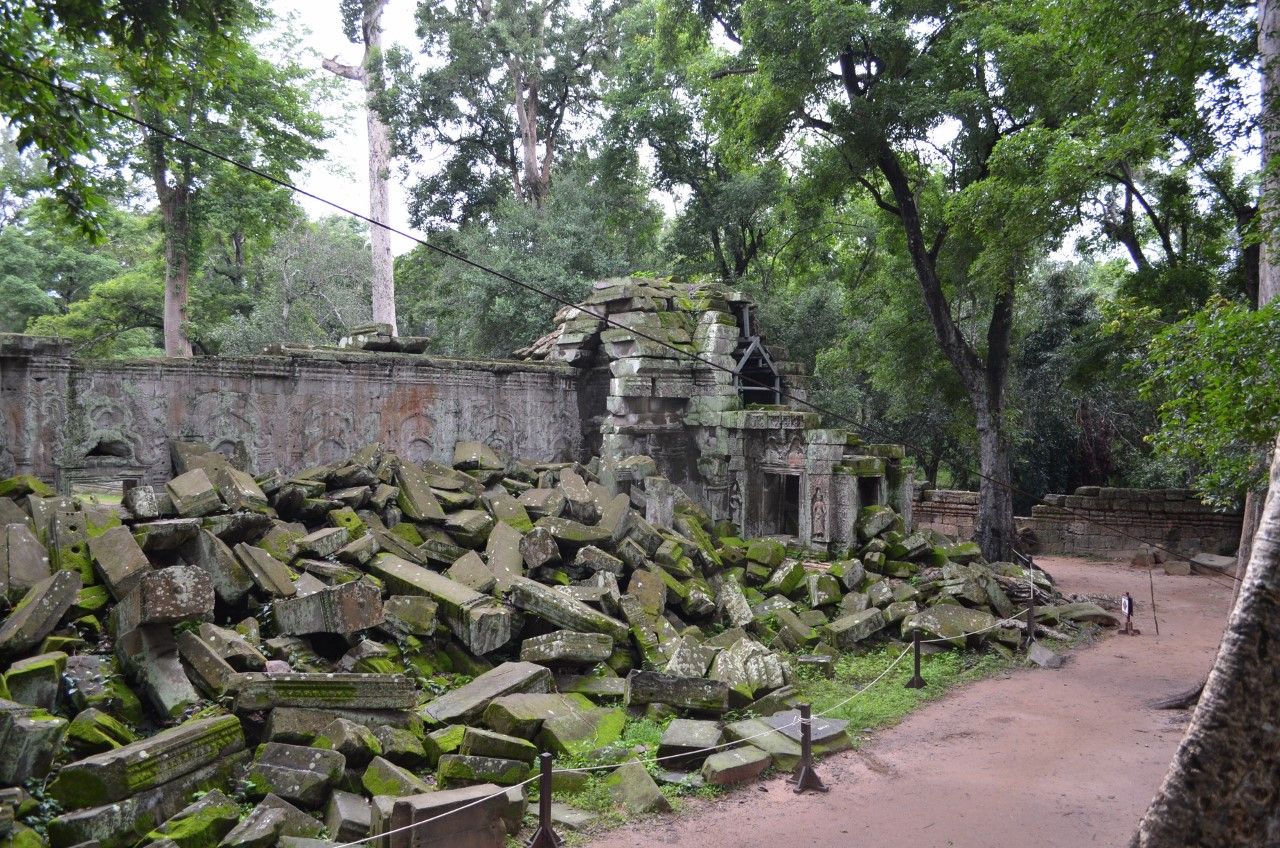 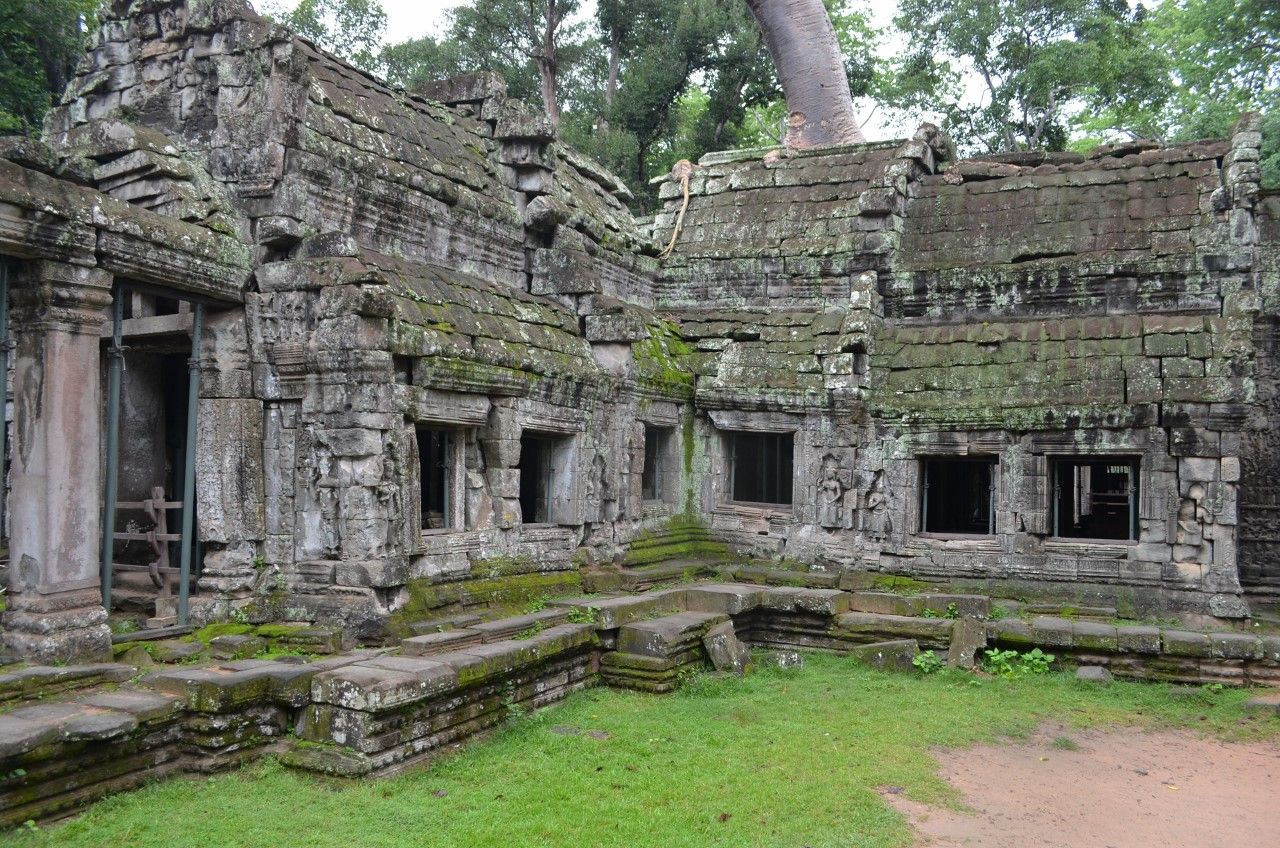 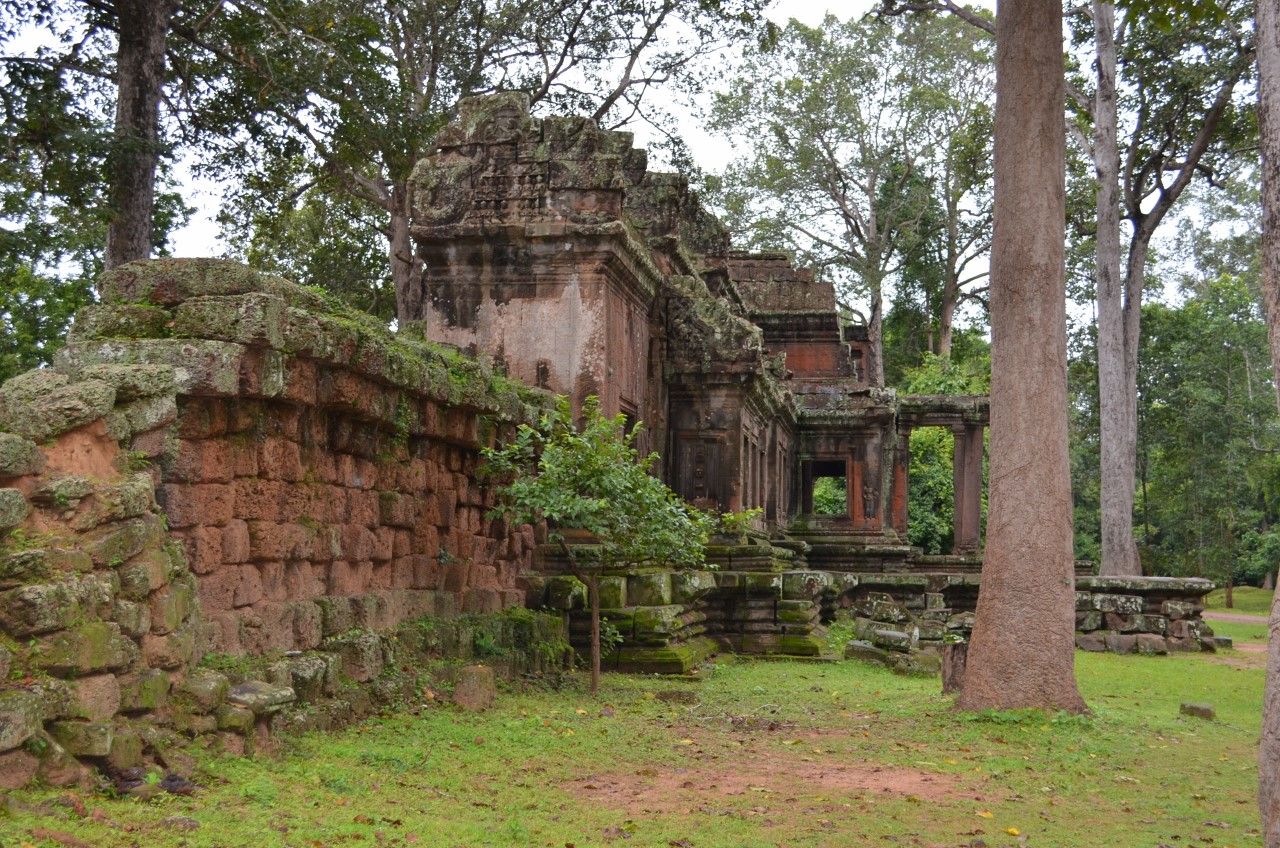 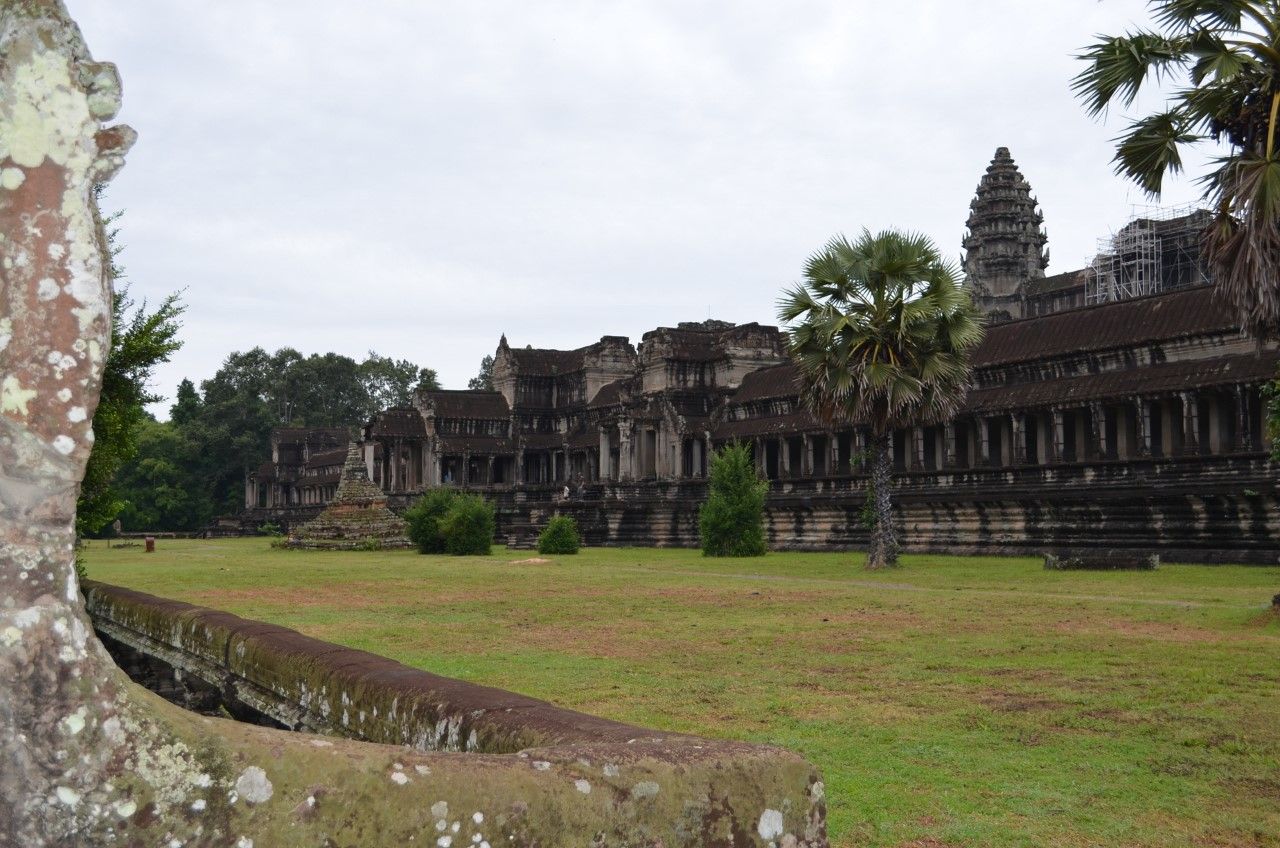 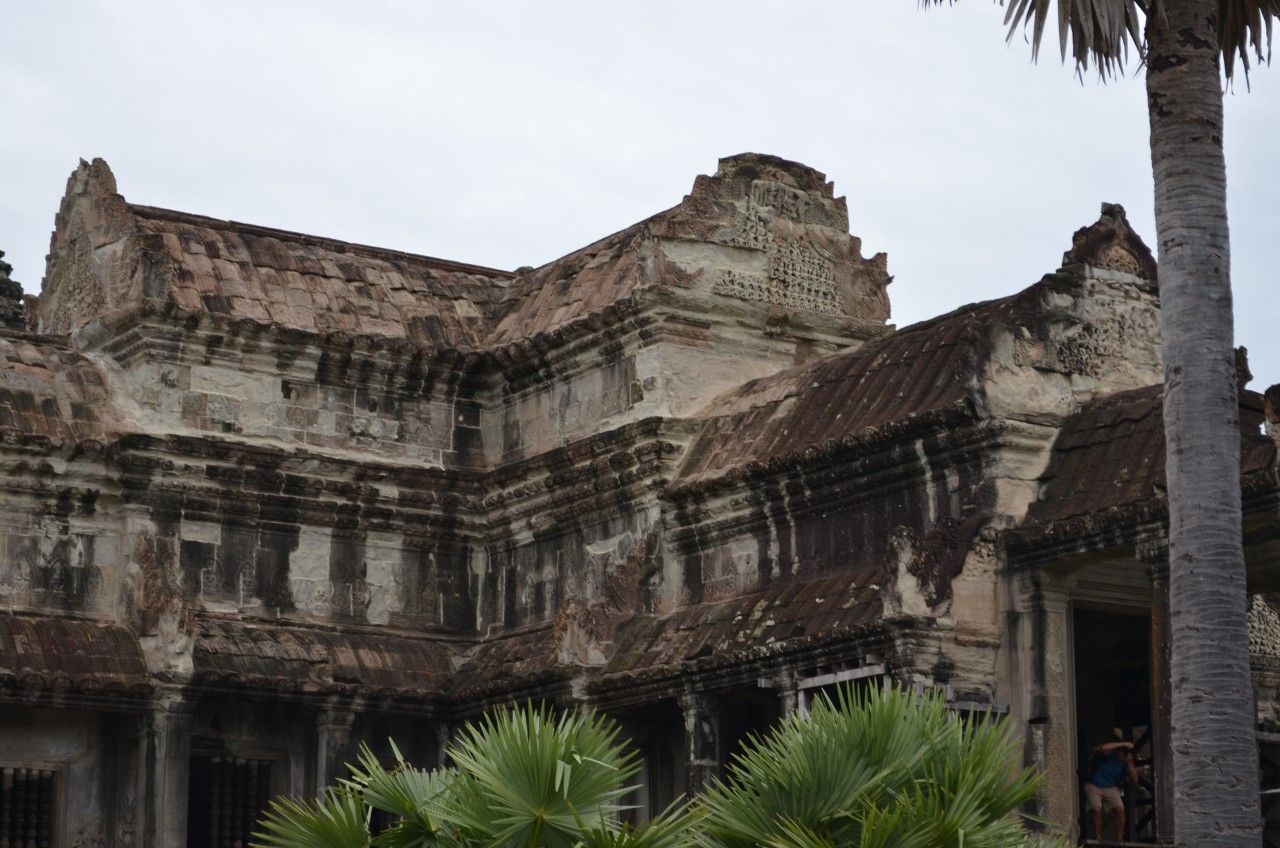 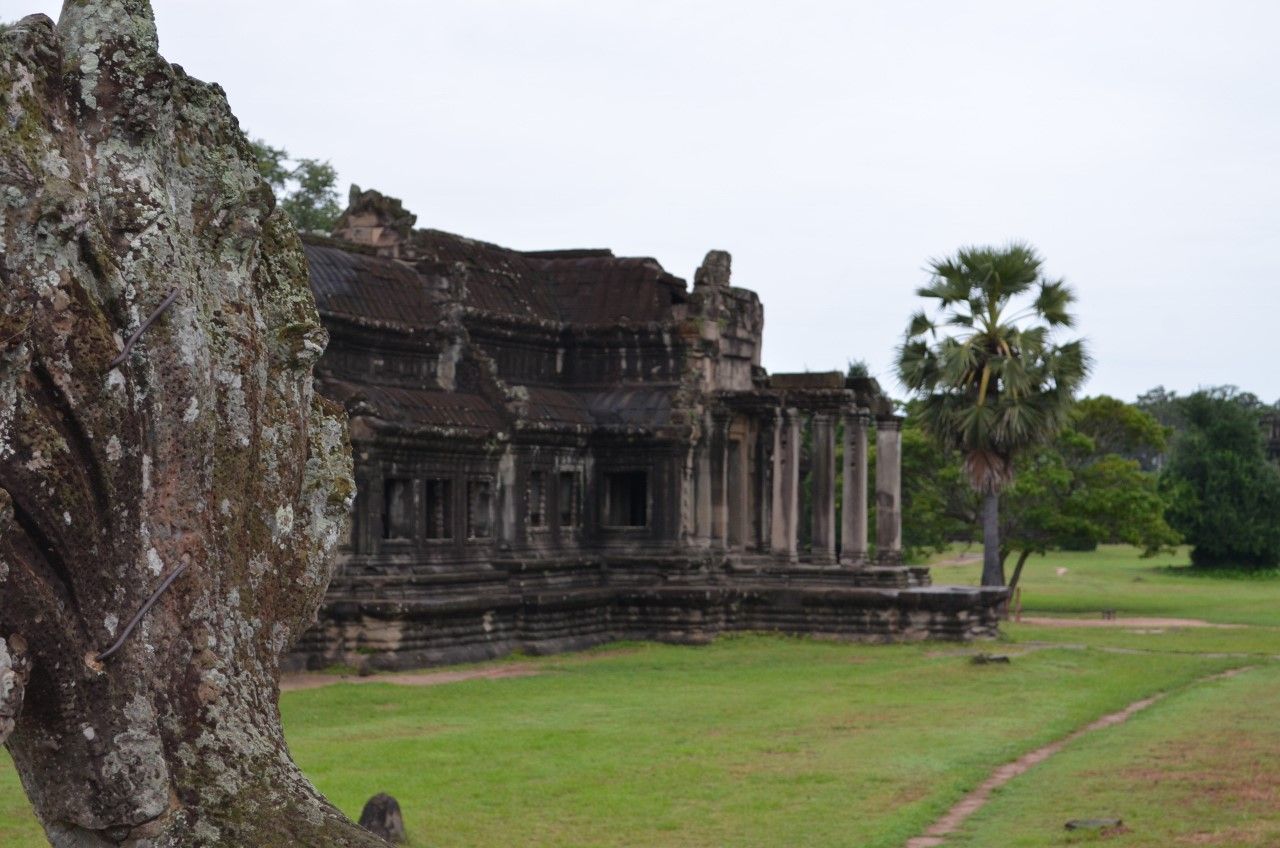