Greeks, Macedonians and maybe Persians - the next project

As promised in my last post I stated I was going to announce news of my newest project and hopefully this will not disappoint. For the last couple of years I have been focussing on adding units to my current collections and rebasing many of those that have been painted in the past.

I think its fair to say that the Shed seems to have adopted the Warlord Games rulesets of Hail Caesar, Pike and Shotte and Black Powder for most of our big multiplayer games. Given they all come from the stable they share many similarities in that they are quick to learn, handled big multiplayer games wonderfully and large games can be fought out in an afternoon or evening. My next project will fit with this premise and although I already have Imperial Romans and Celtic opponents I had a hankering to go further back in time to the period of Ancient Greece and Alexander the Great. From the Persian invasions of Greece by Darius and Xerxes (lets face it who doesn't want to refight Thermopylae with 300 Spartans) to the sweeping conquests of Alexander across the Persian Empire and the following wars of Succession this period offers a lot of possibilities (and Elephants !).

My plan is very simple build big Hellenistic and Macedonian armies to begin with. These can fight amongst each other (Peloponesian Wars/Wars of Succession). Once done I'll turn my attention to the eclectic Persian forces. The only criteria will be to build this army for less than 50p per foot and £1.50 per horse. With almost 1000 initially planned this is going to both take time and money.

the good news is that the project has started....over the last couple of weeks I have won a couple of good bids on ebay and secured some great value boxes from House of  Hobbies. These folks offer a great service and currently have some great deals on Warlord products  - currently 30% off this summer 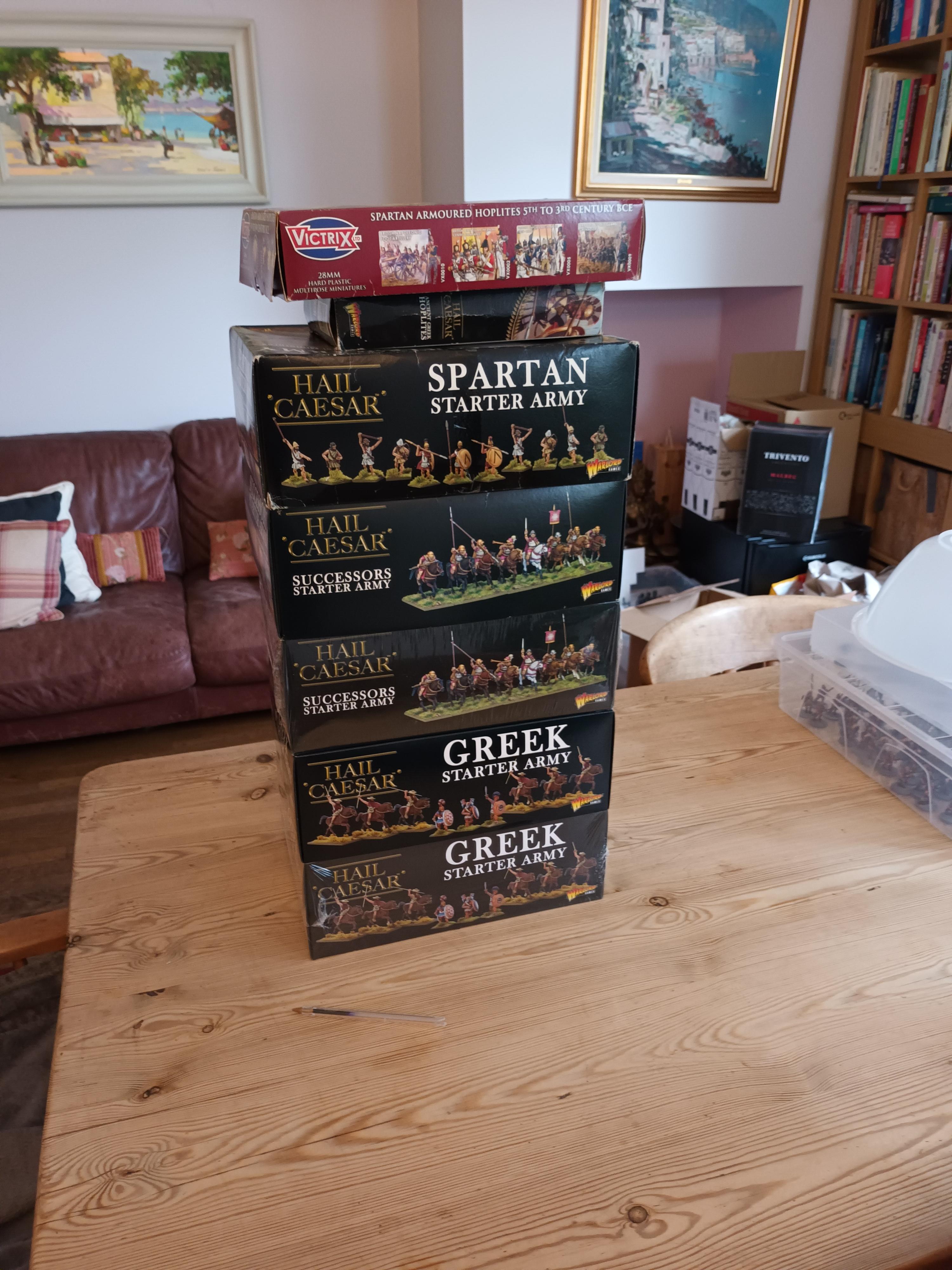 The two boxes of Greek starter armies the Spartan box give about 450 Hoplites, some Peltasts, Light Cavalry and command stands. The Successor starter boxes each provide 100 Pikes, Companion Horse and an Elephant in each. Current estimates around 30p per figure.

The next job is to get some of these assembled and some paint slapped on... 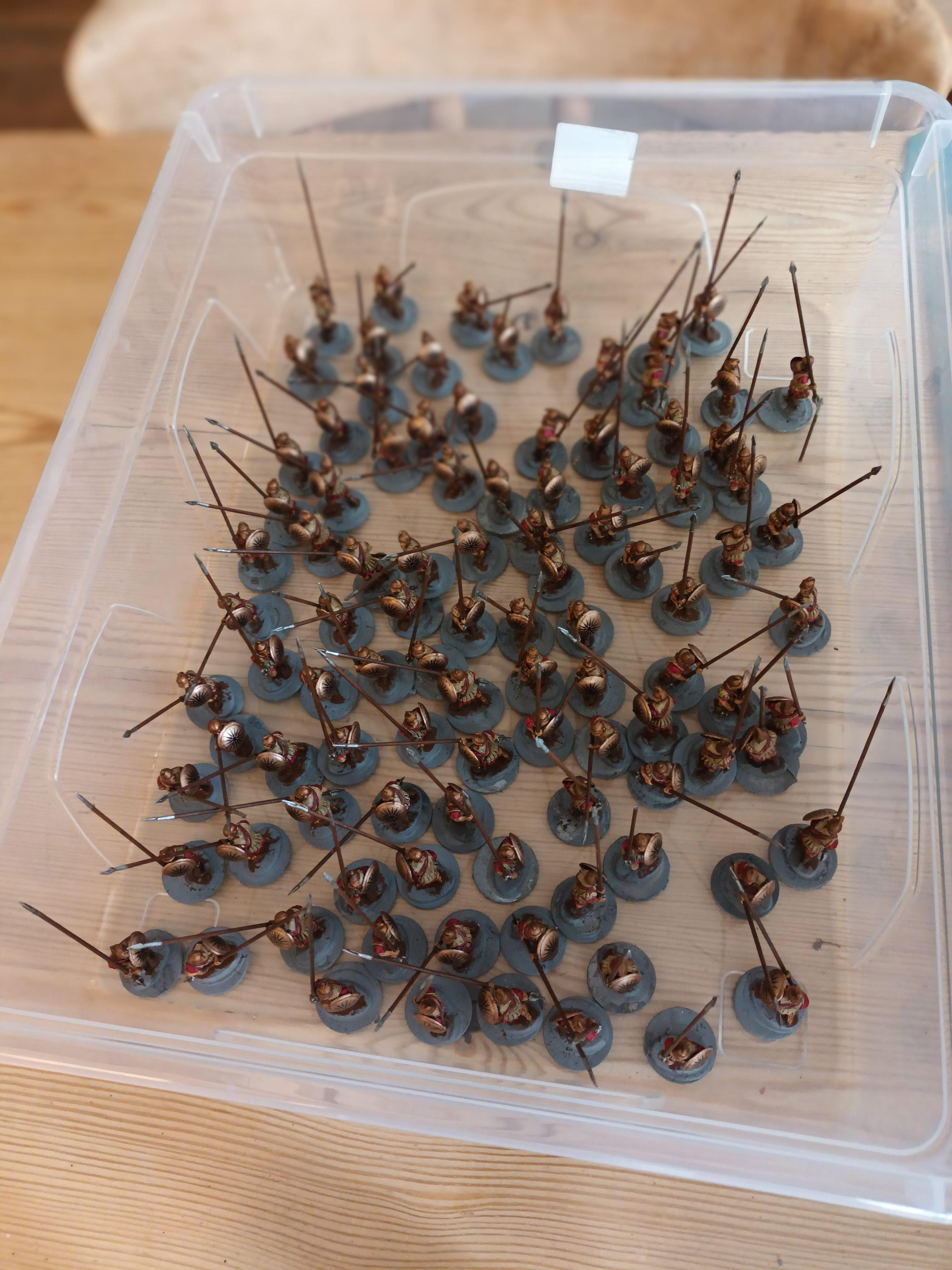 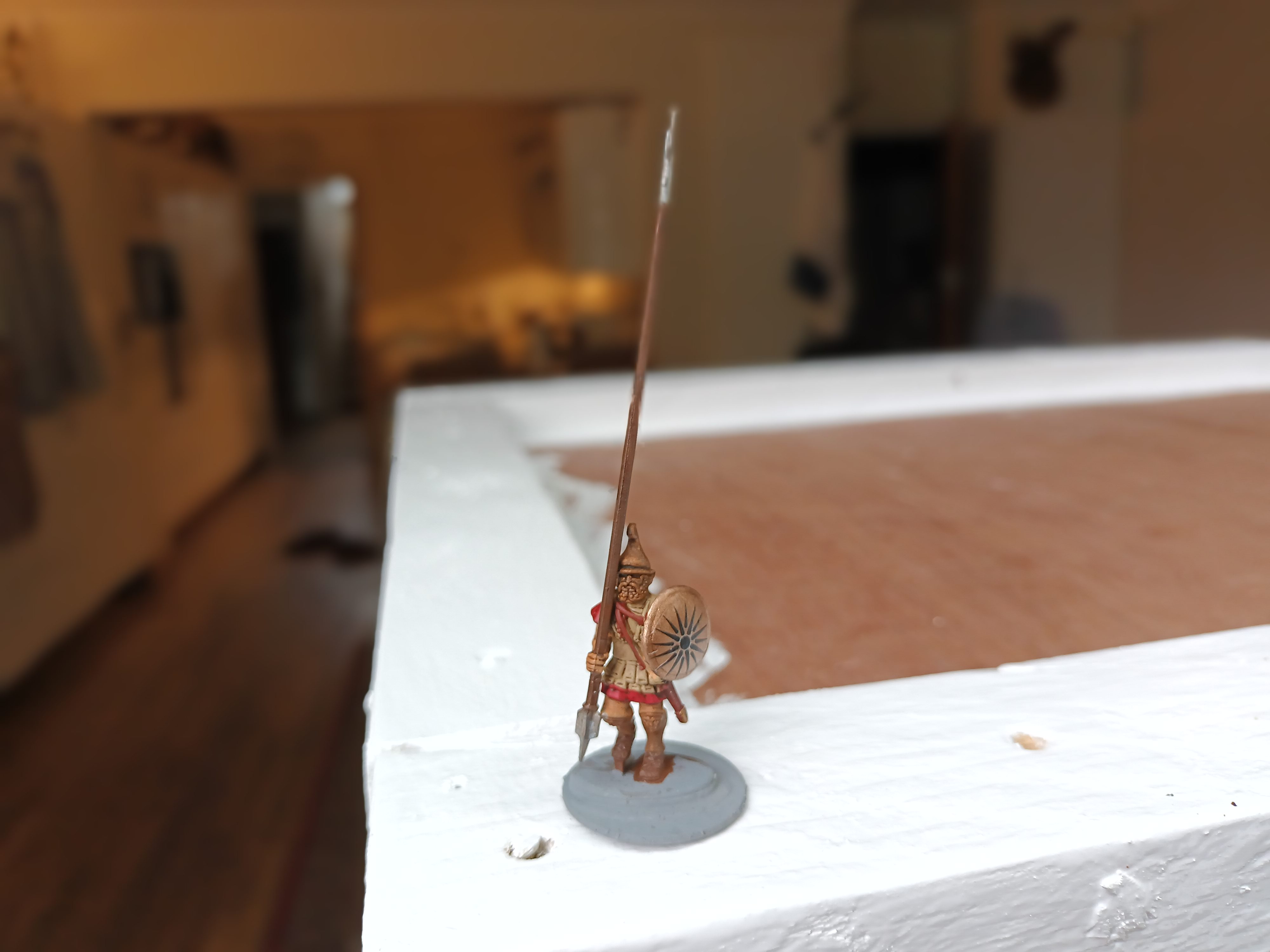 On top of the Pikes I also tackled some standard Hoplites...24 Greeks. Again these were painted in a very simple white and blue colour scheme followed by Army painter and varnished. 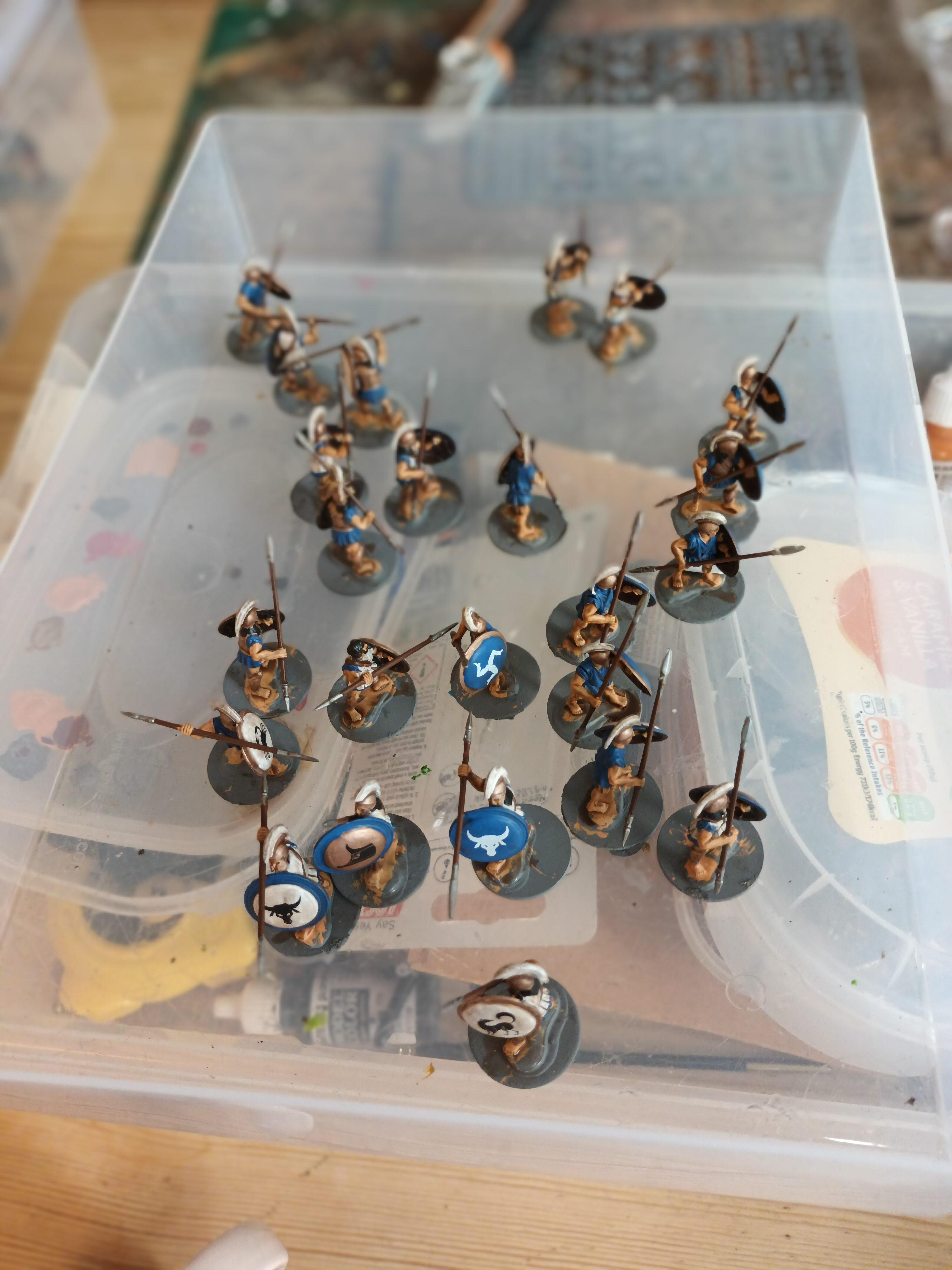 The shield decals are the standard ones in the box and look great. Once applied the whole figure was matt varnished. Again these need to be based. 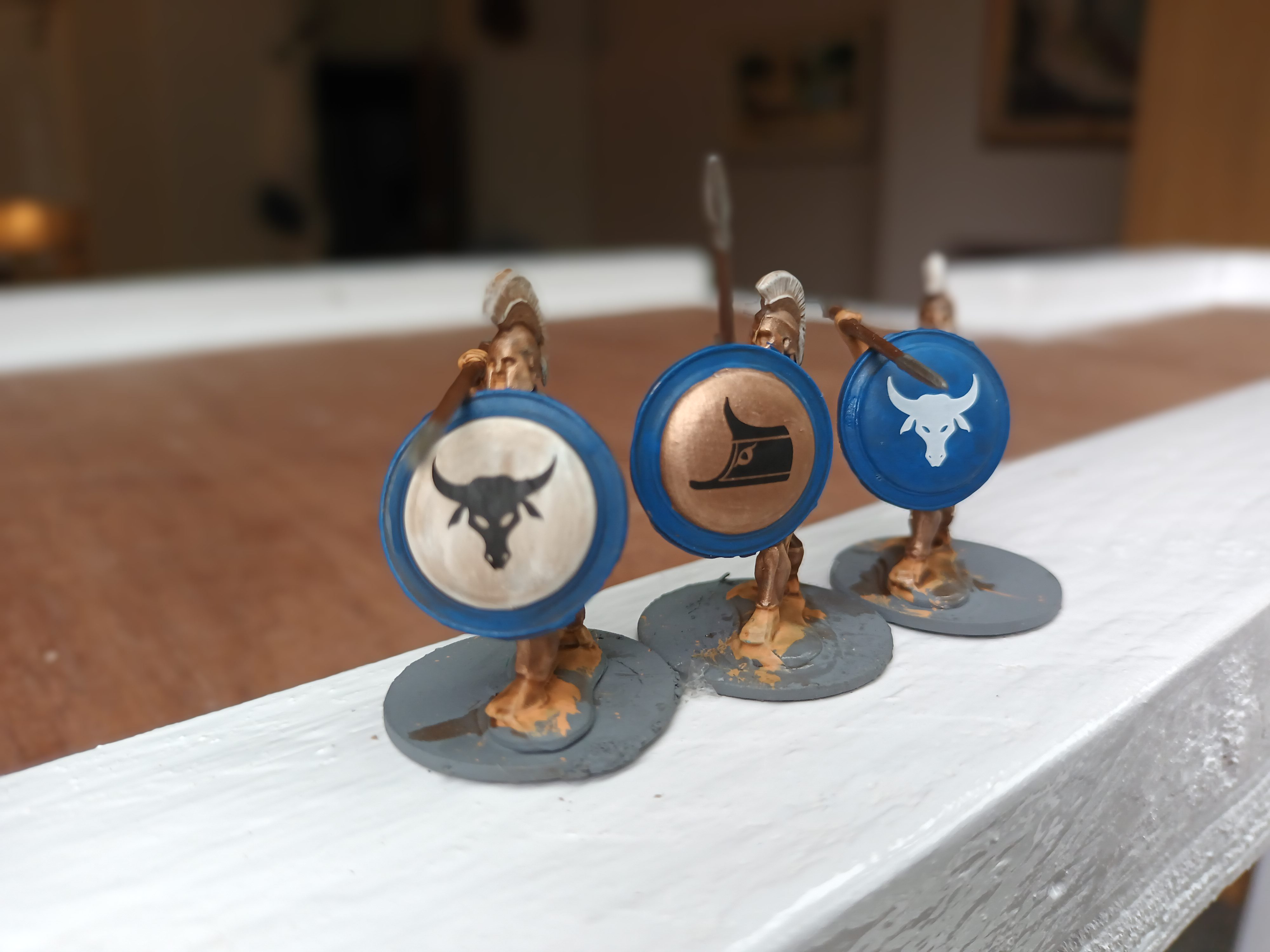 As with all projects it must crack on so I decided to start on my Spartan army - the plan is to create about 8 of these infantry units (24 strong). The first 40 are now in the pipeline 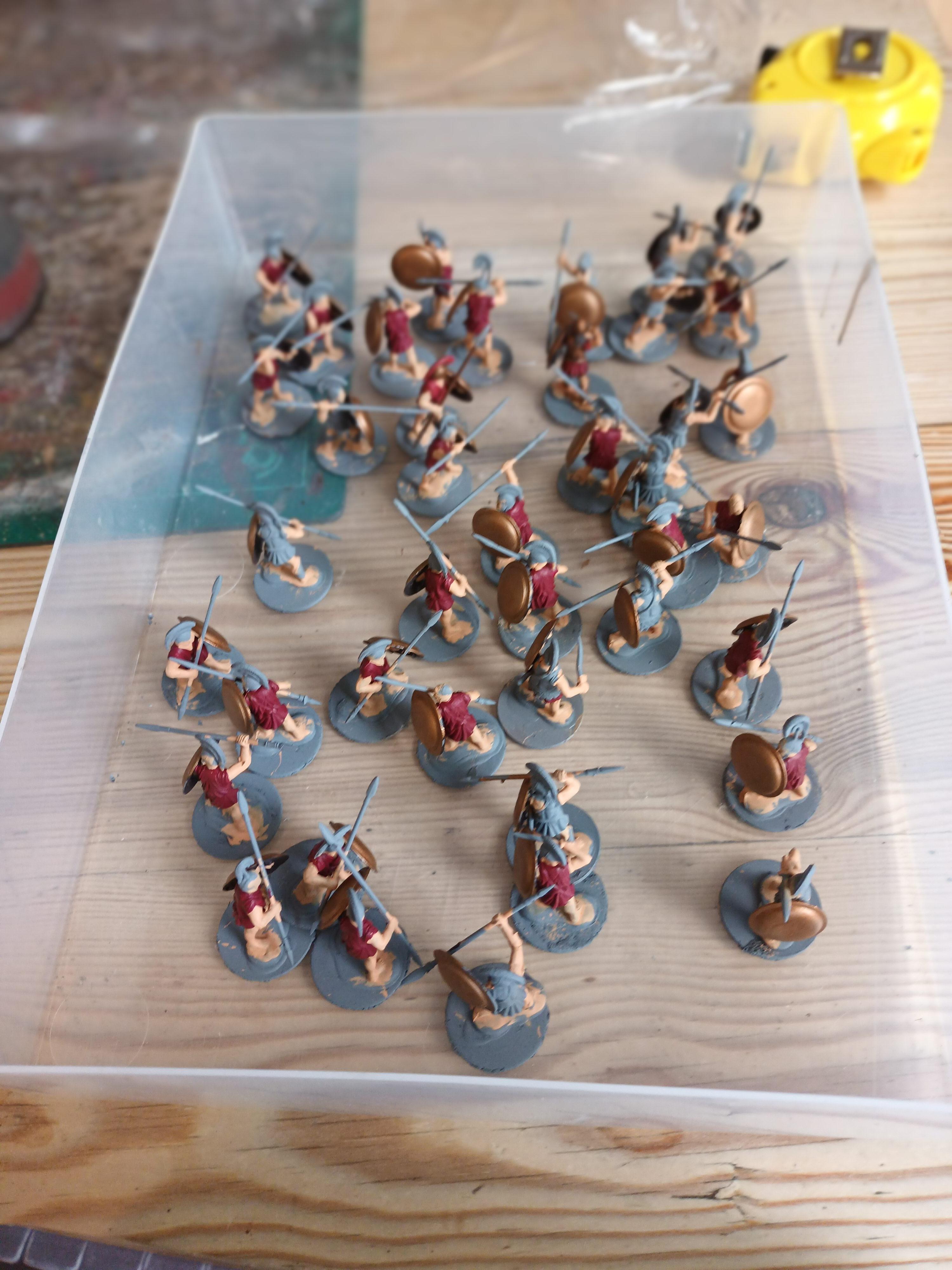 How long is it going to take? In two weeks I have almost finished 160 figures (not based) so with a fair wind hopefully by Christmas the Greeks will begin to muster.

Email ThisBlogThis!Share to TwitterShare to FacebookShare to Pinterest
Labels: 28mm Greeks and Macedonians

An update for August

Conscious that I haven't posted for the best part of a month and an update of shed activities is most definitely required however before I go into details I'll give a quick update on where we are with the house move...

In a nutshell not a lot has happened we are still waiting on our new home to be given probate by HMRC so we can then exchange and complete. Believe me we are already to move in the Shed household. As and when things happen I'll post up details and pictures of the new games room !!

Plenty of games going on but I have been lazy and taken no pictures....sorry. All action reports are taking a back seat at the moment. As for painting July was a very productive month... 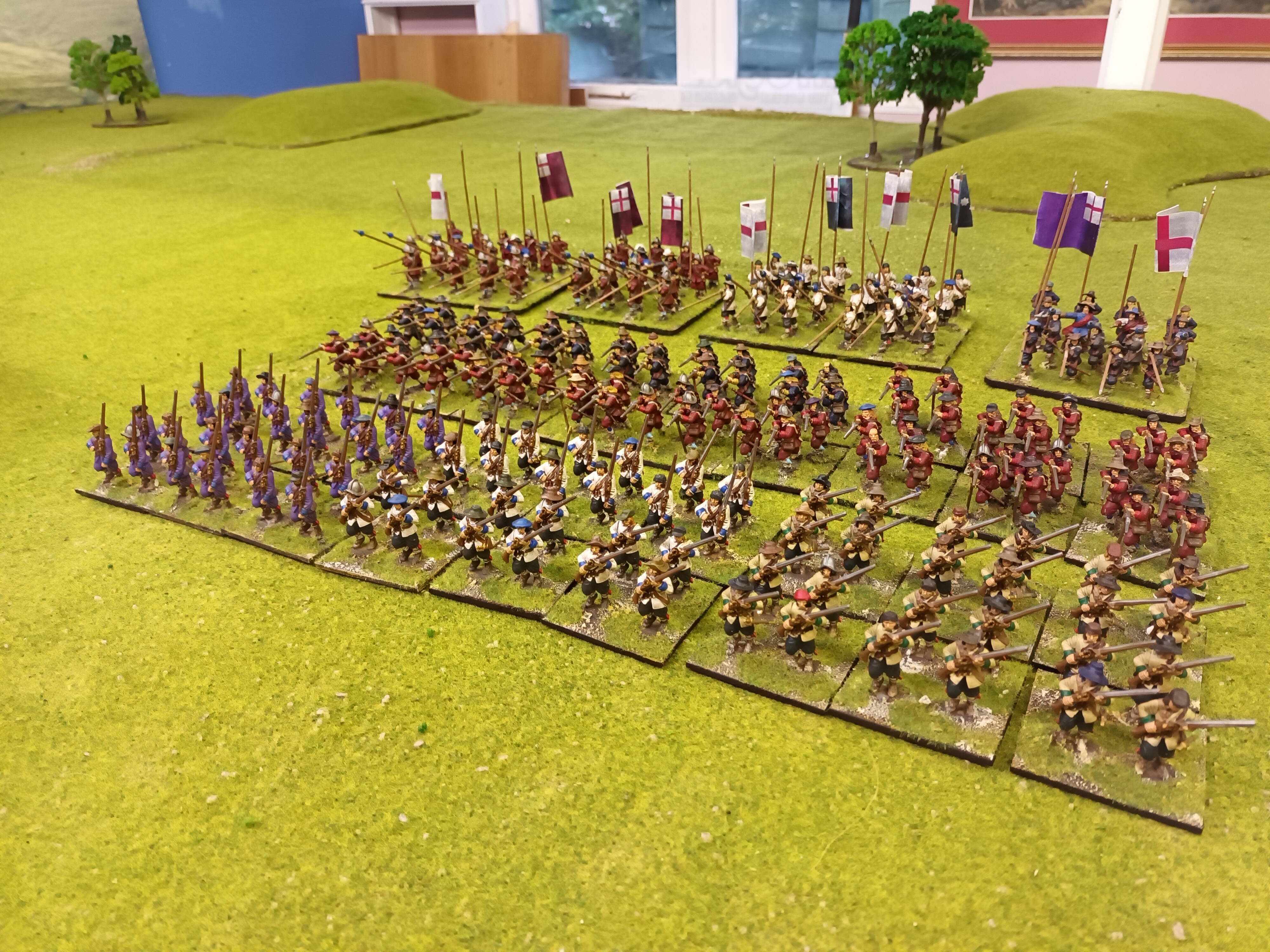 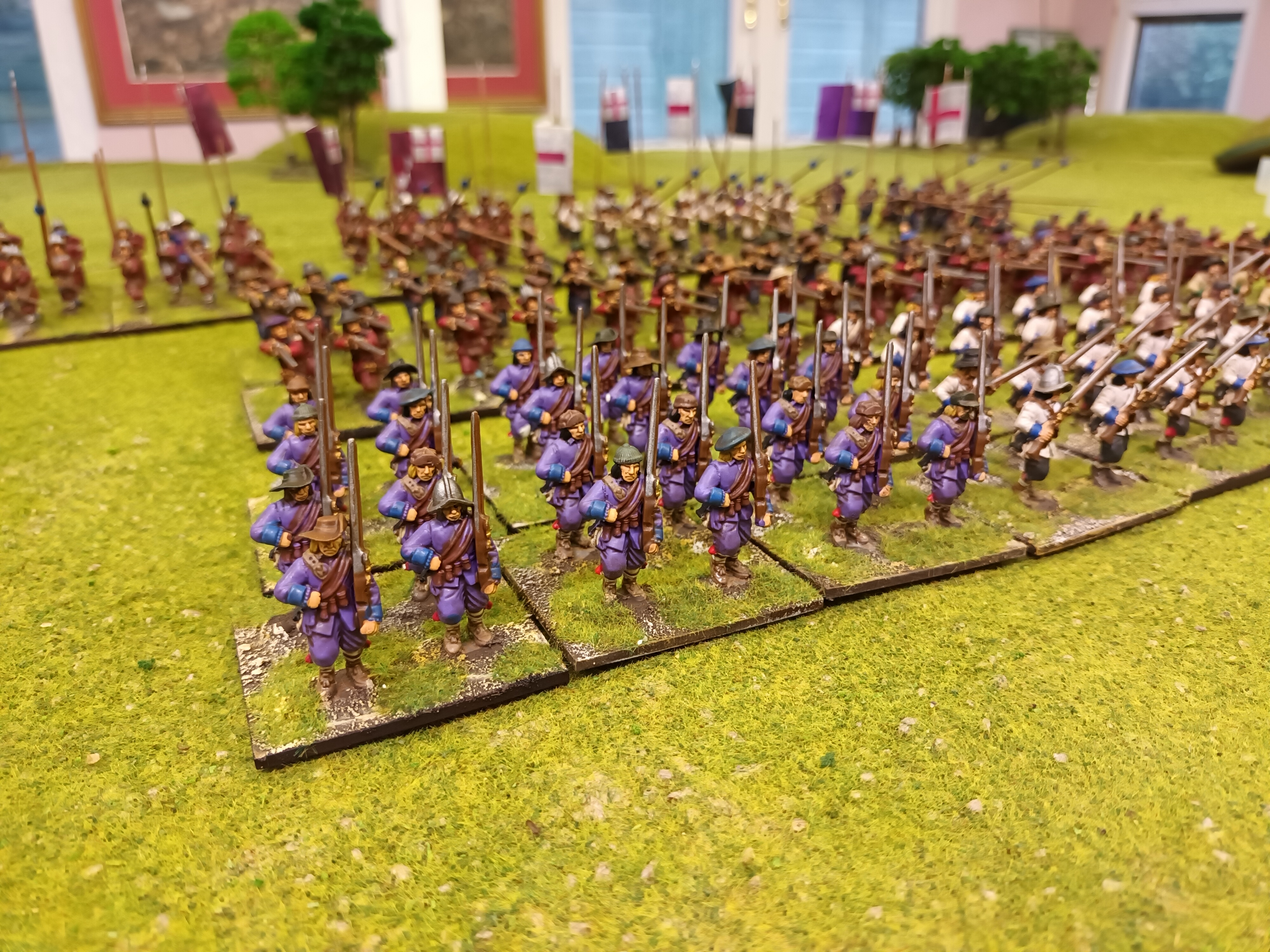 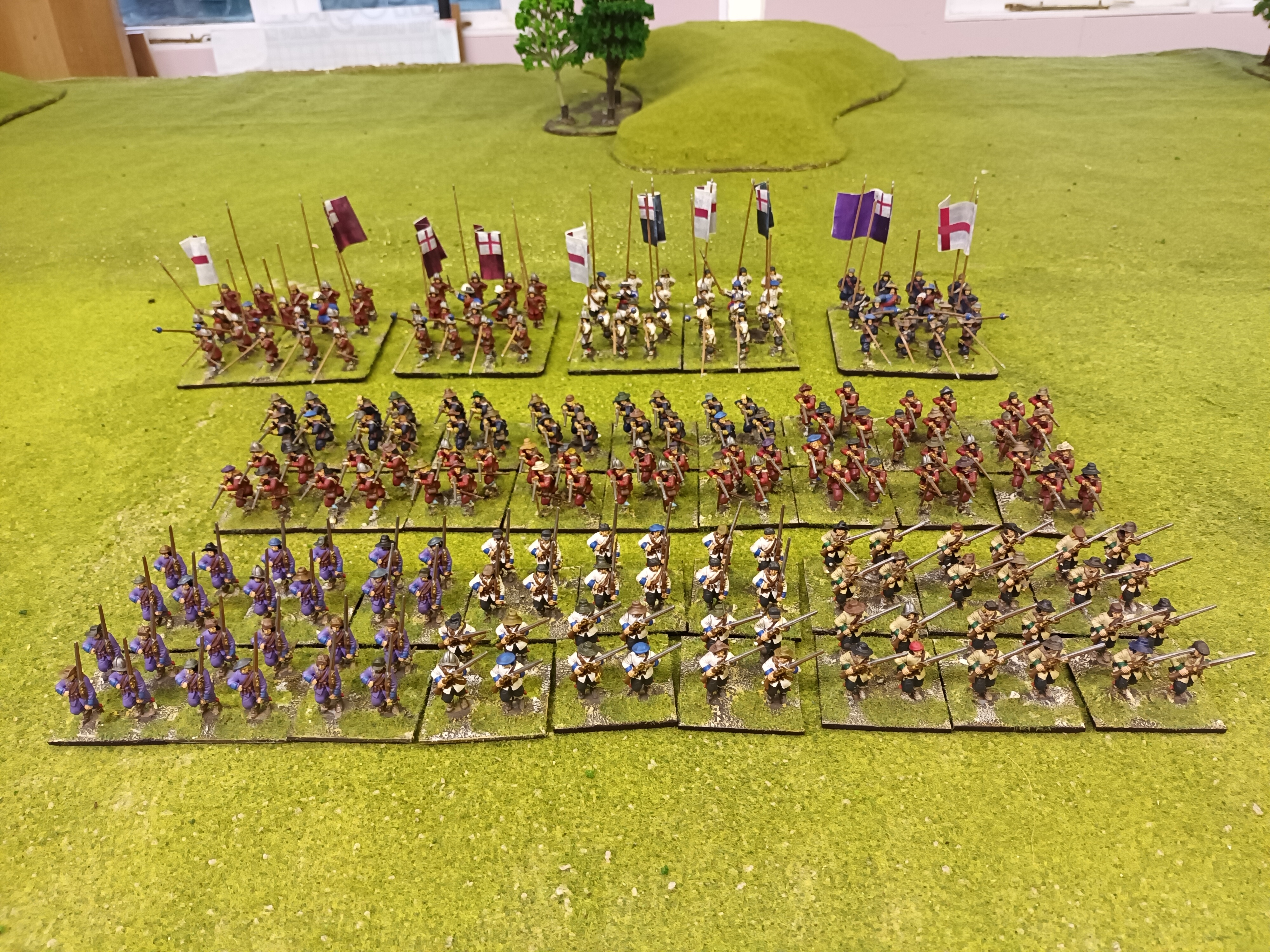 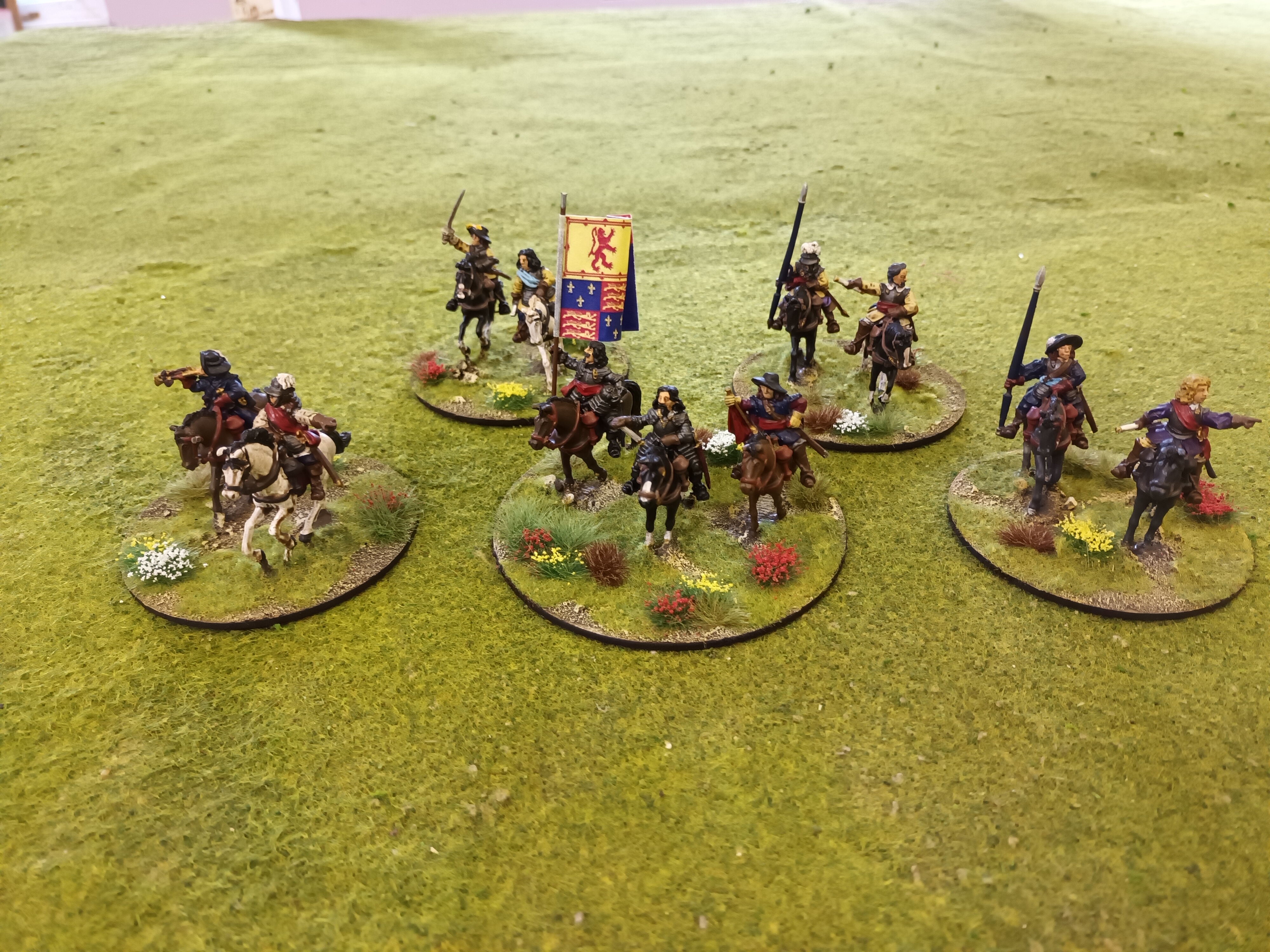 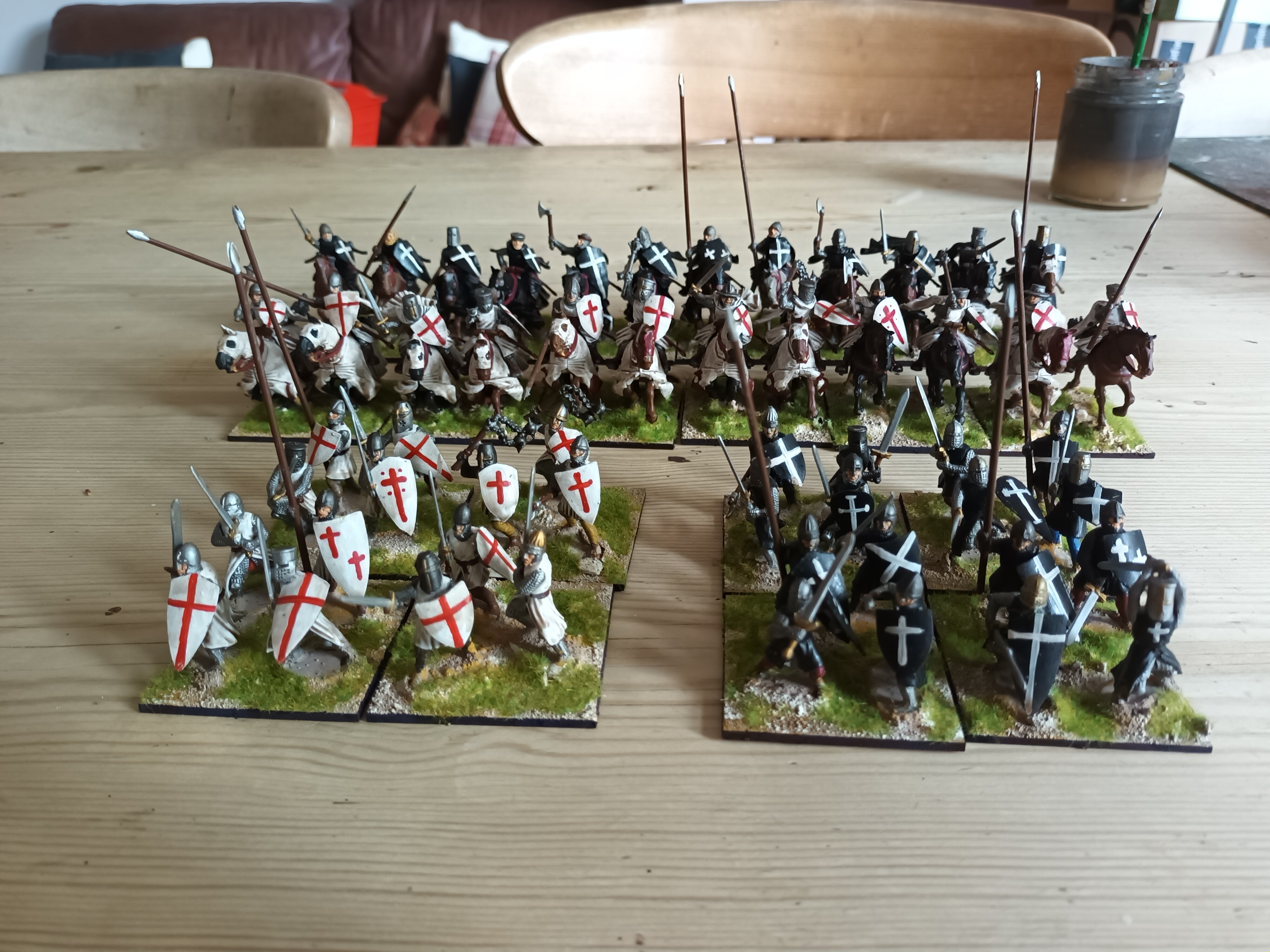 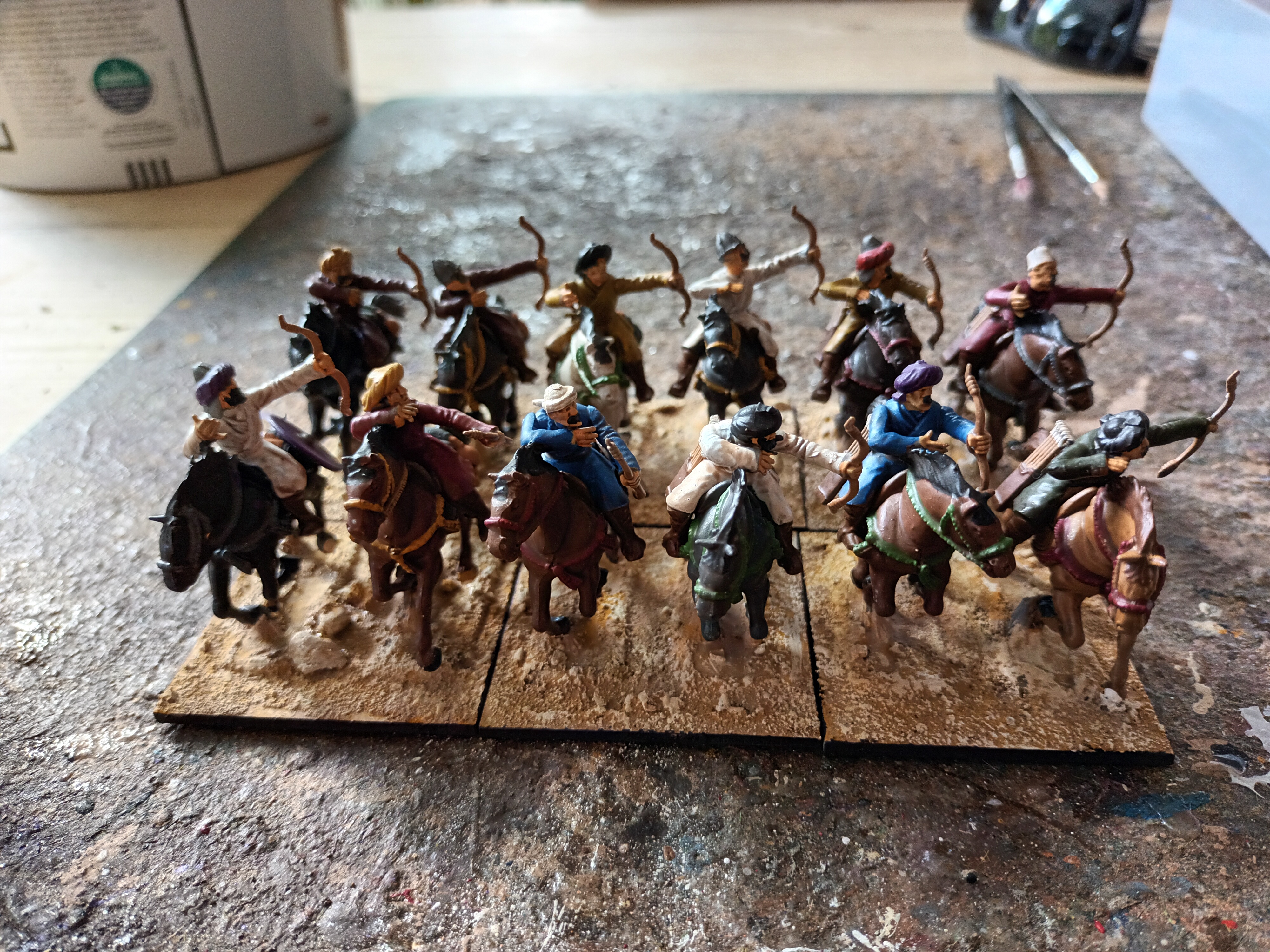 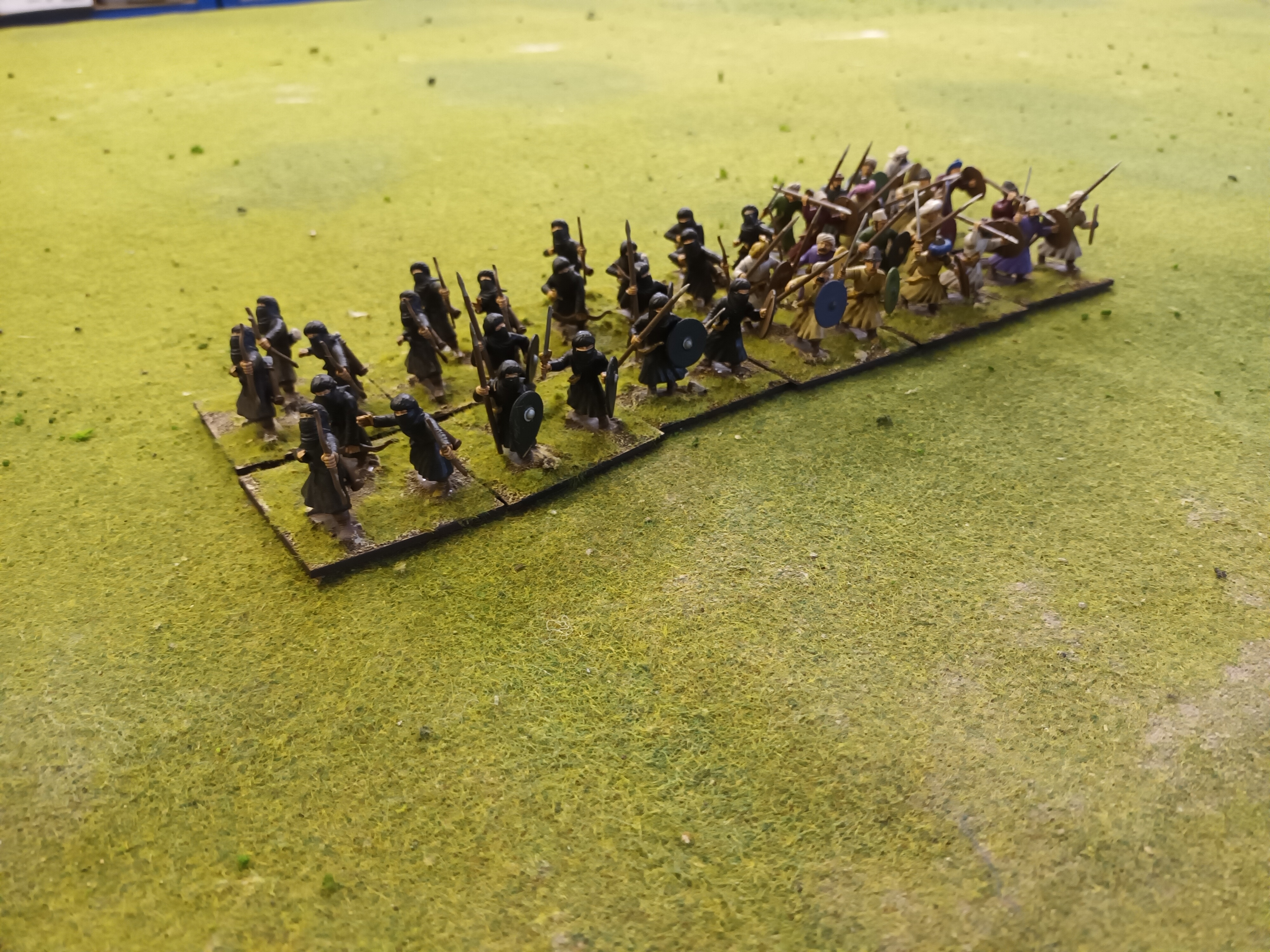 Thats about 250 plus figures painted in the last 8 weeks

In my next post I will announce my next BIG project (aside from moving house, converting new games room etc)