What's been happening? - Latest news from the Shed

Morning All - apologies for the radio silence over the last three weeks but things have been rather busy.

First up a quick update on the move - we are only a few short steps away from completing on our purchase of our new home in North Somerset, hopefully the solicitors and surveys can be completed soon and we can then become very excited about moving on. Of course the move will be tinged with a degree of sadness as I say good bye to our family home of 27 years in Surbiton but also saying au revoir to my mates and the shed. Rest assured the gaming will continue and hopefully on a much bigger scale. Once I know we are definitely on the move I'll be revealing the plans....

With a sense of the Shed closure in the next few weeks we have been trying to cram in as many games as possible and I have been busy painting more figures in the limited spare time I have. In no particular order here are some of the things we have been up to in the Shed recently.

A revisit to the North Eastern Americas was definitely on the agenda as the group got together for a furiuos and fast paced game of muskets and tomahawks...the game was played out on a 10ft x 5ft table with loads of terrain. 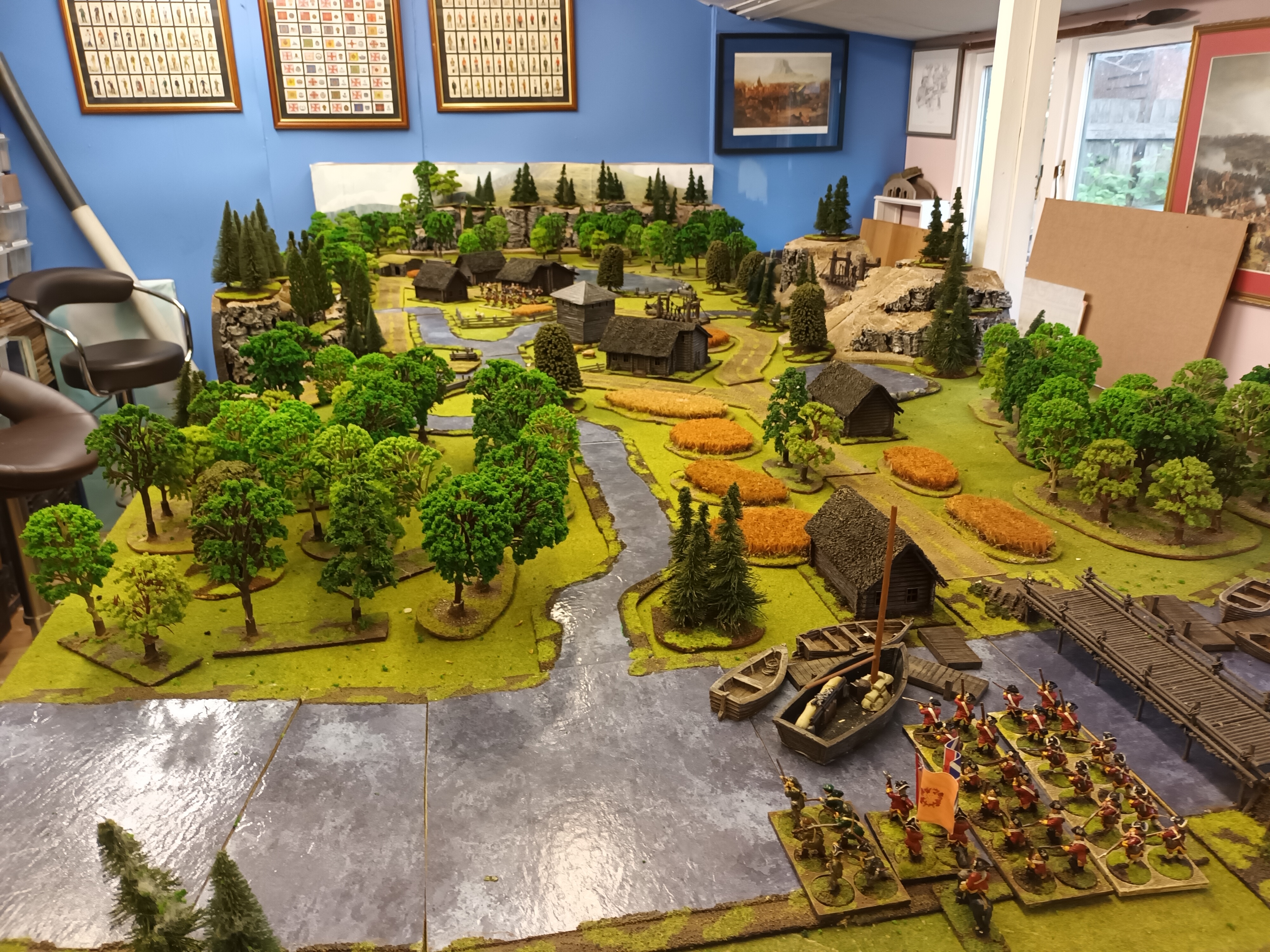 The game featured a raid by French troops and Indian Allies - a close fought affair that saw the attackers win a marginal victory.. 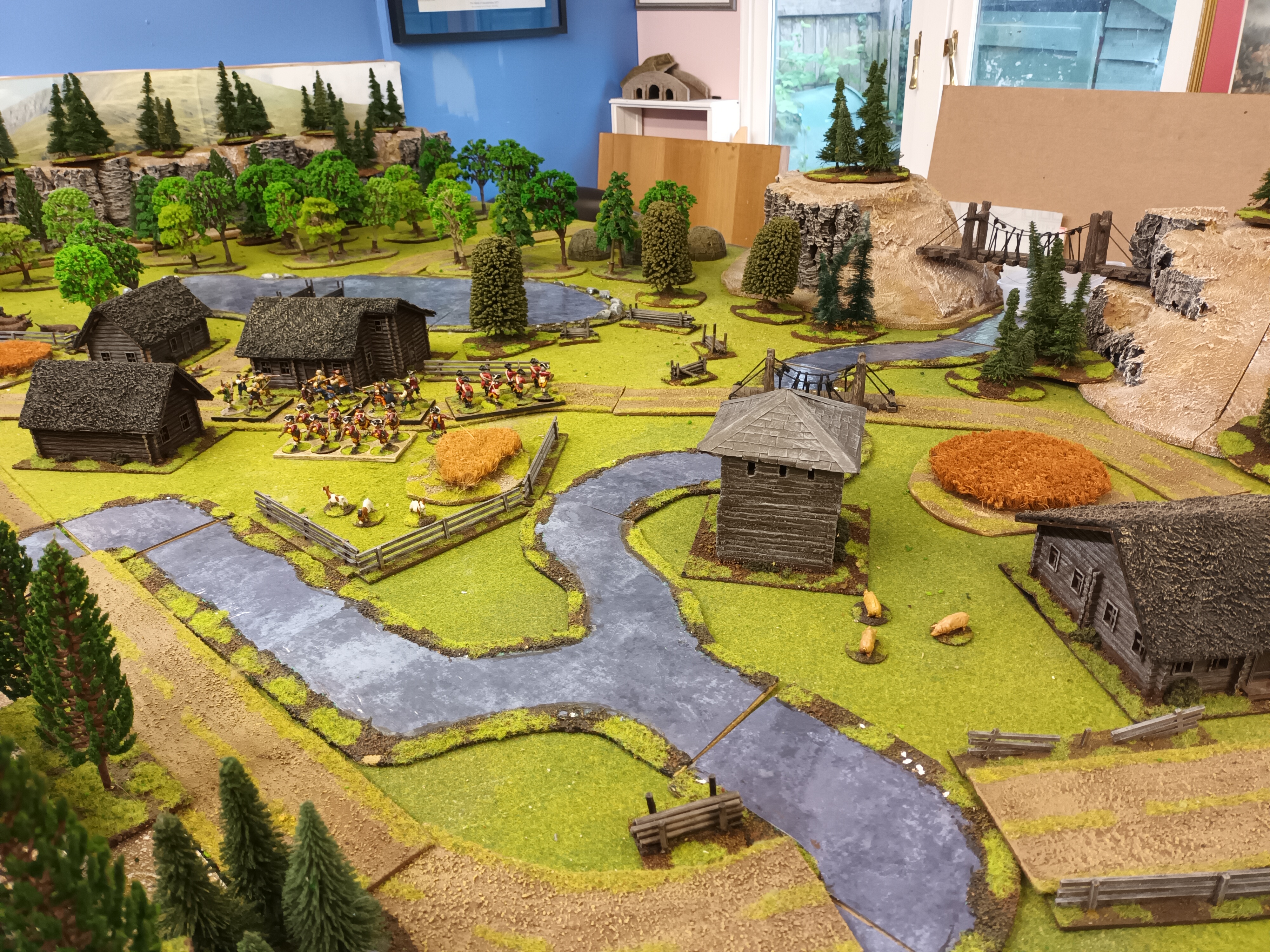 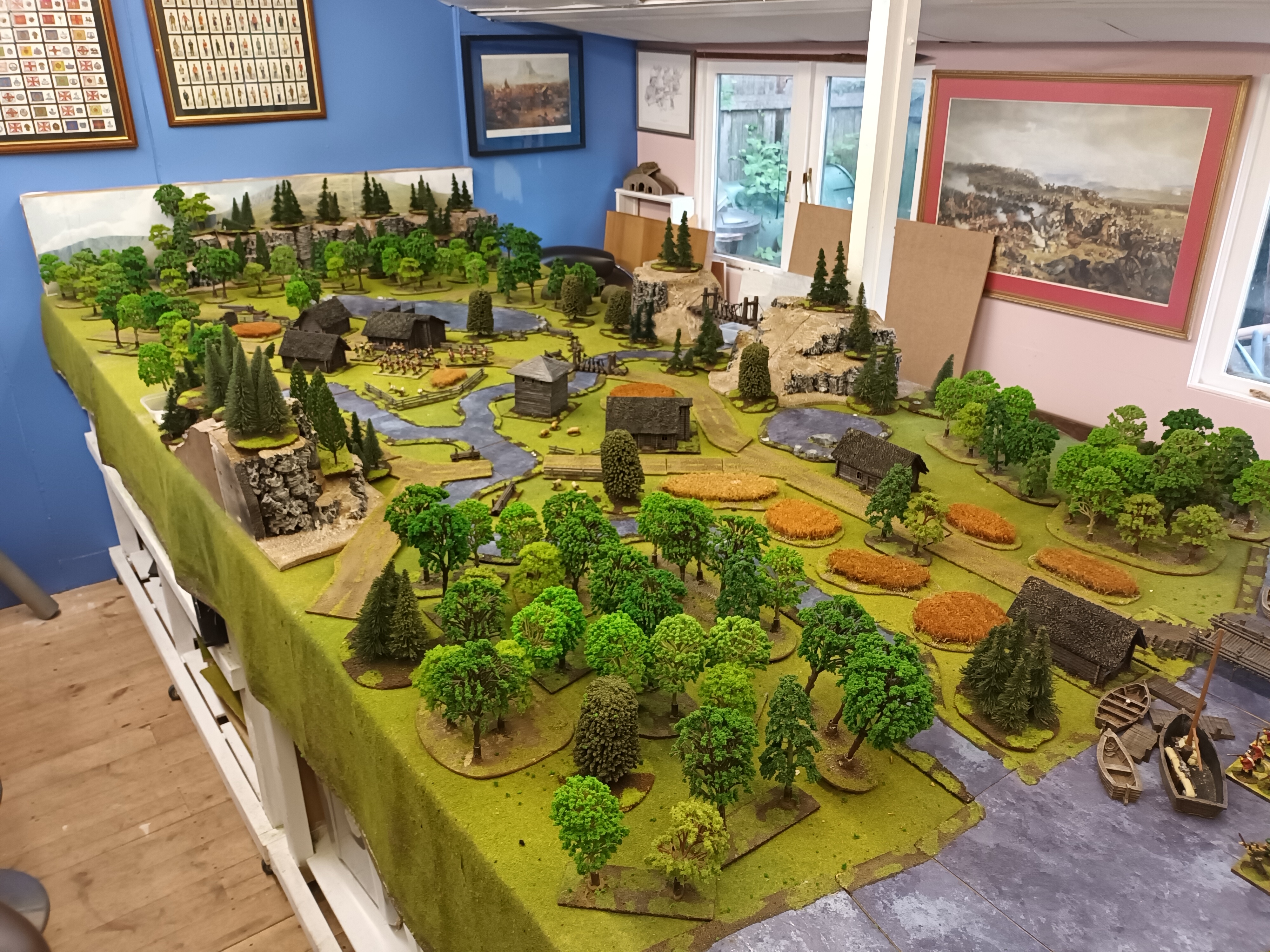 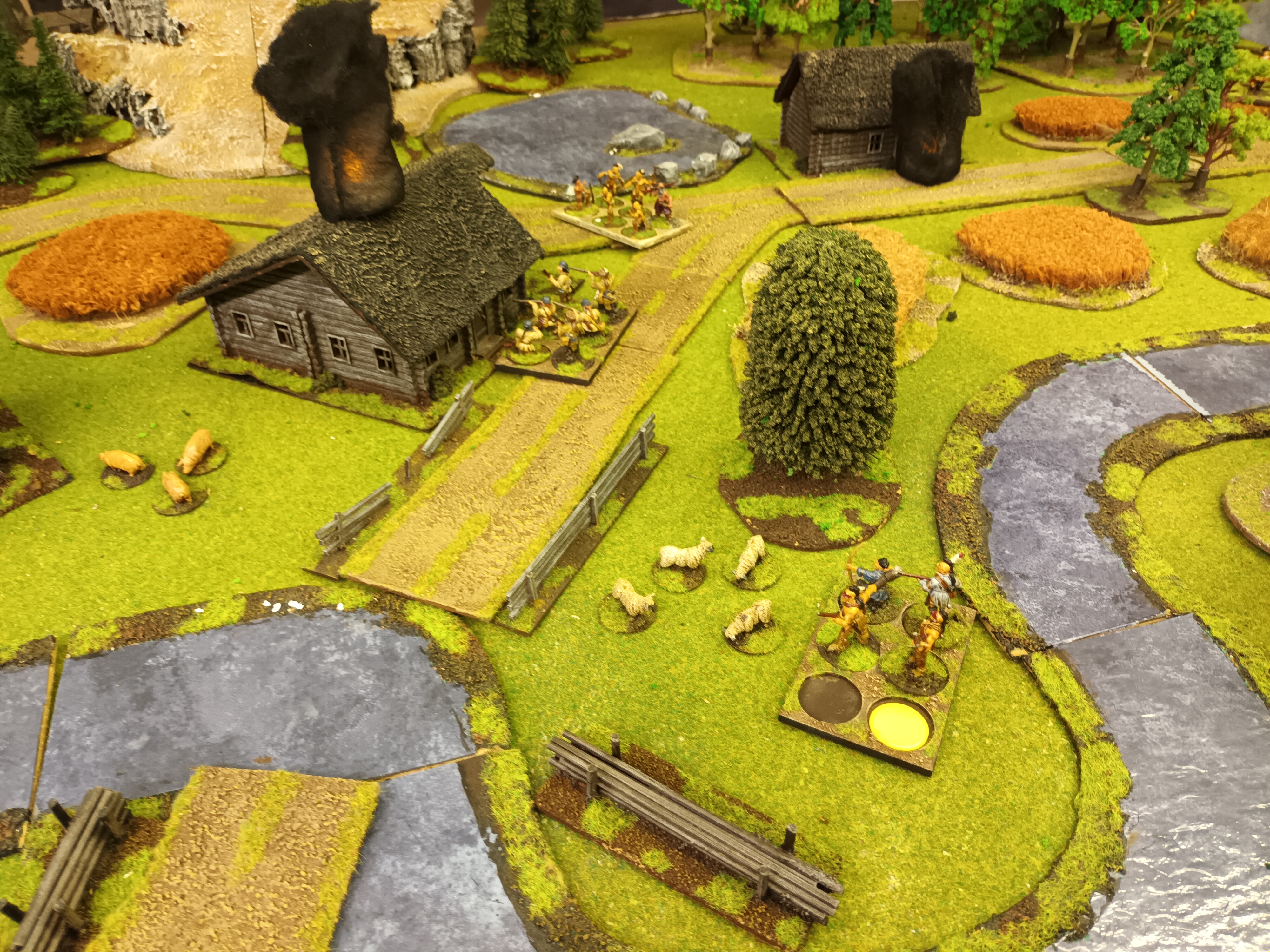 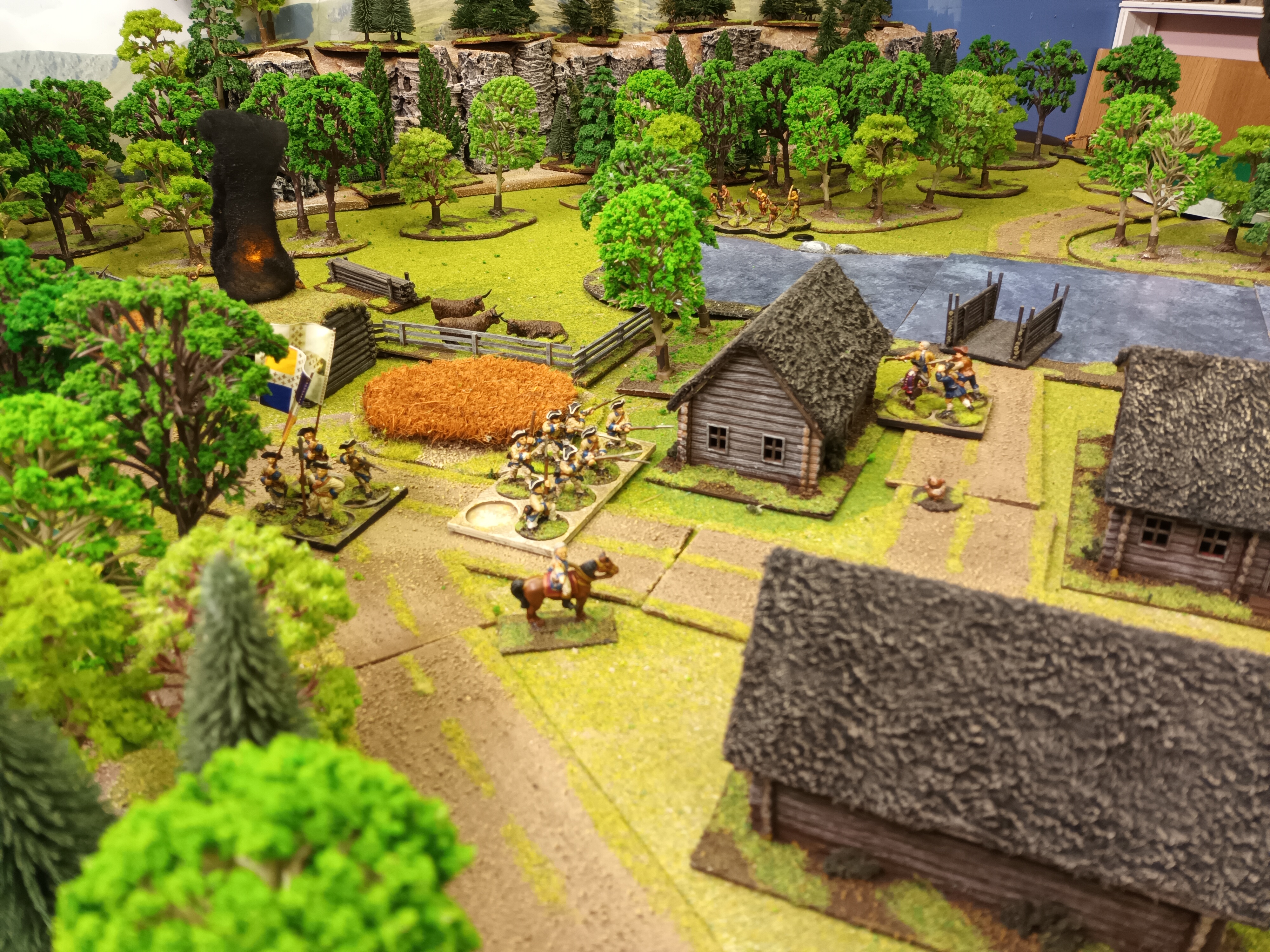 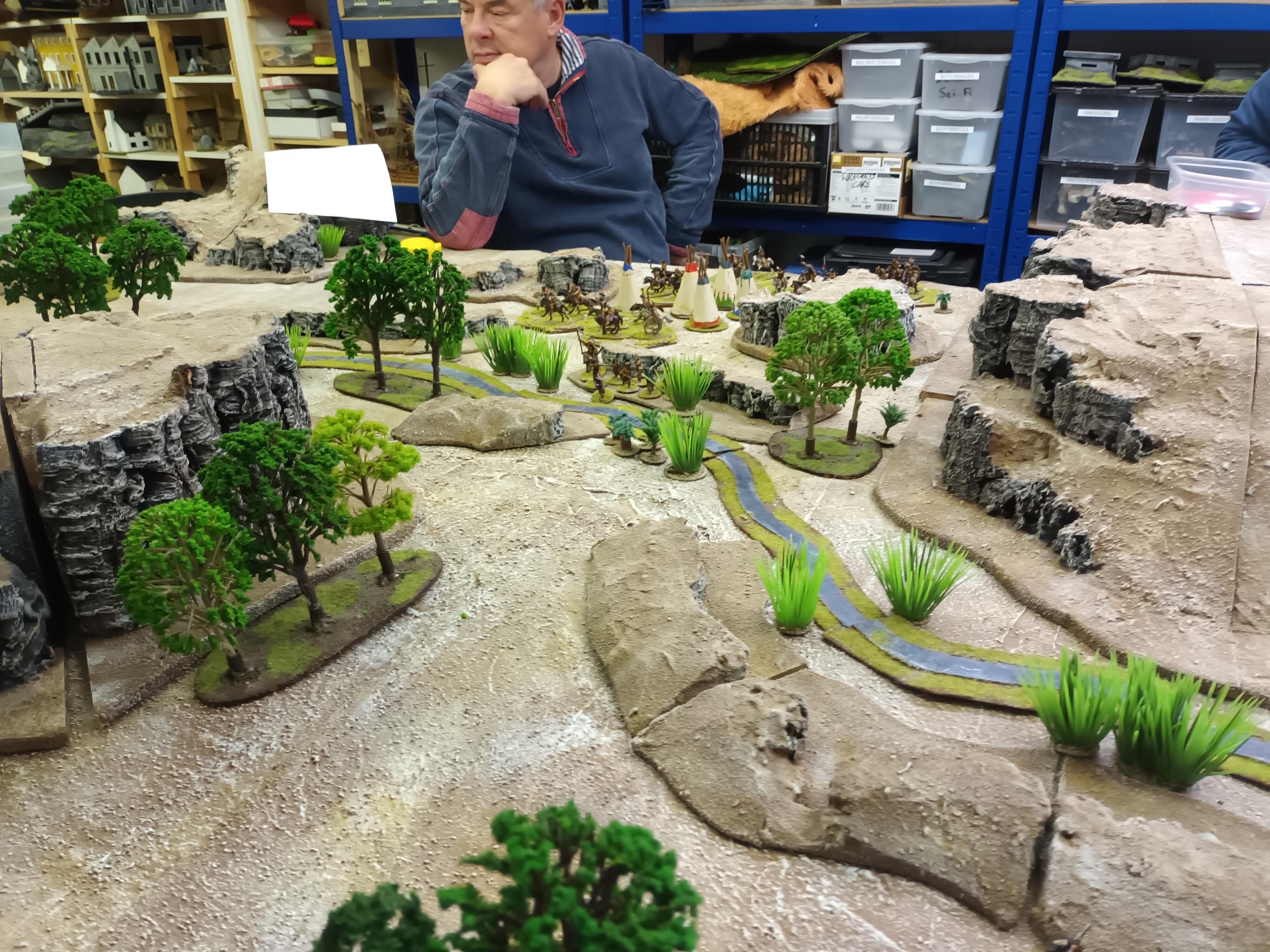 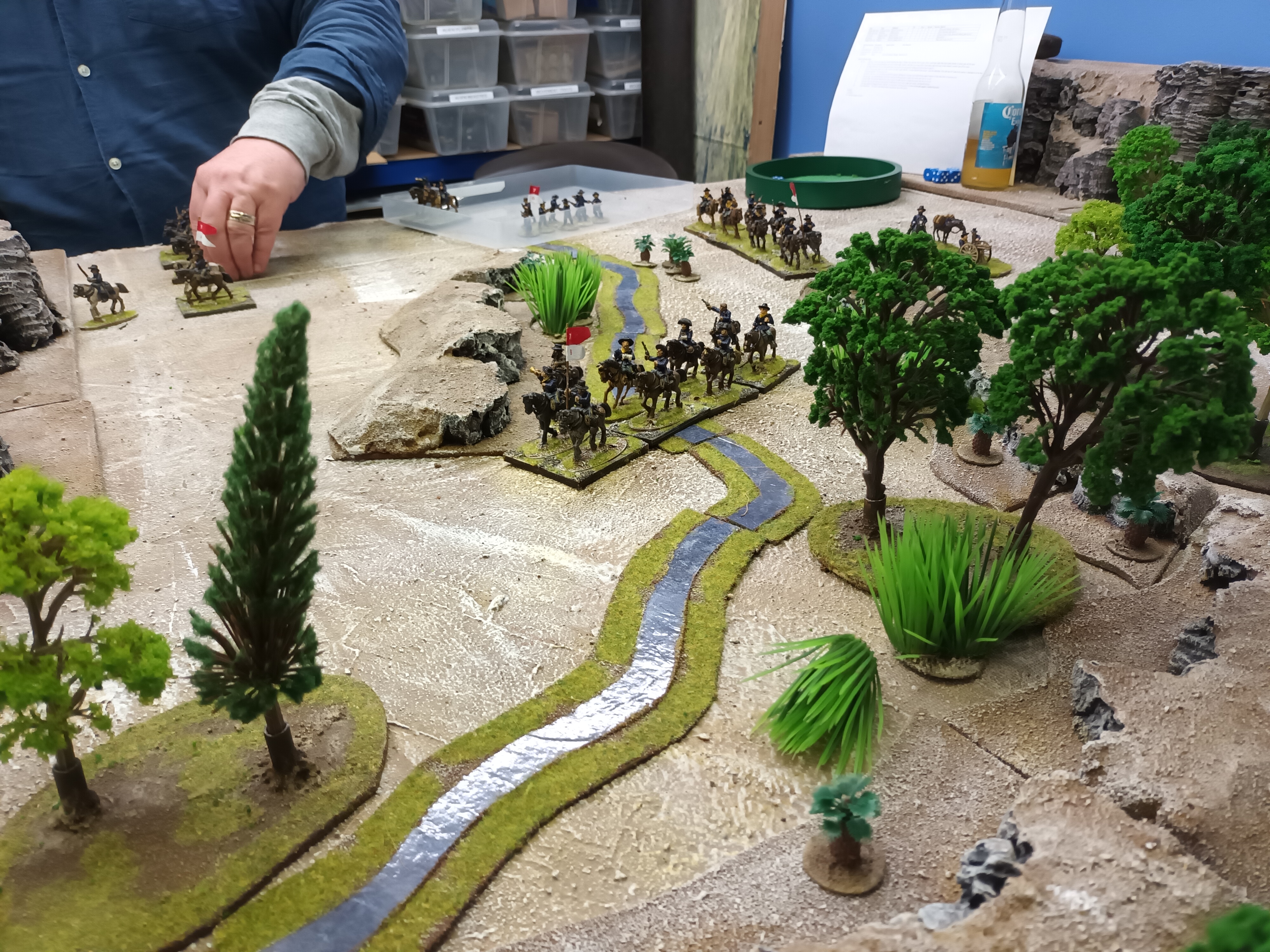 Apologies for the poorly painted teepees - I knocked these up in an hour before the game. 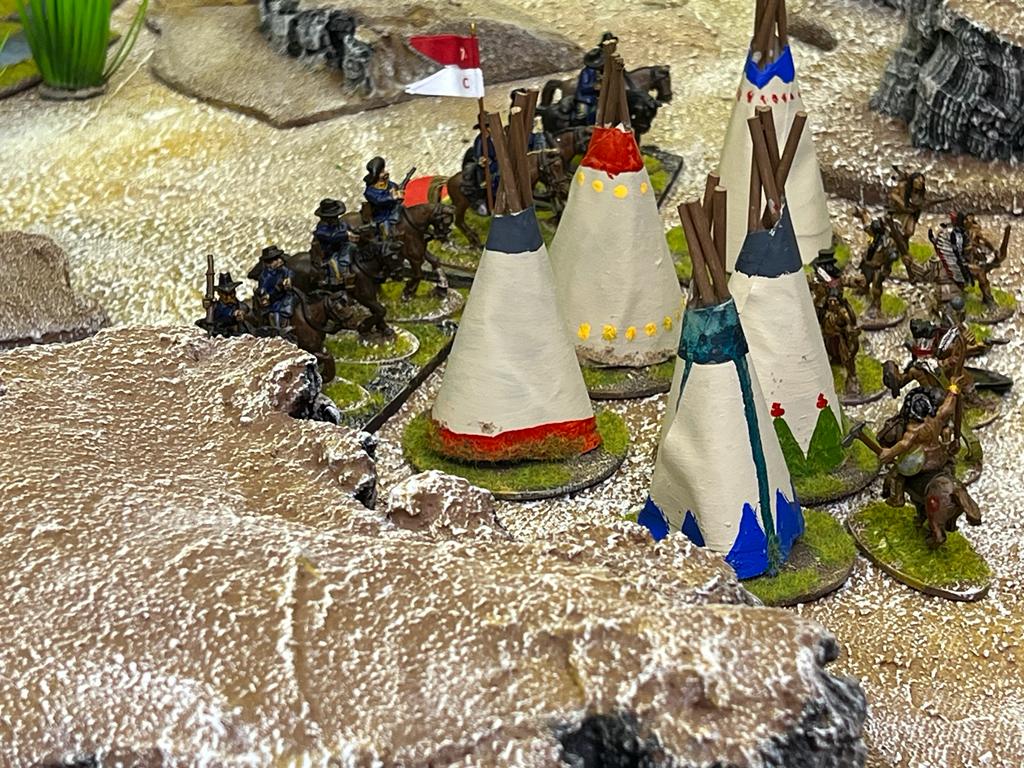 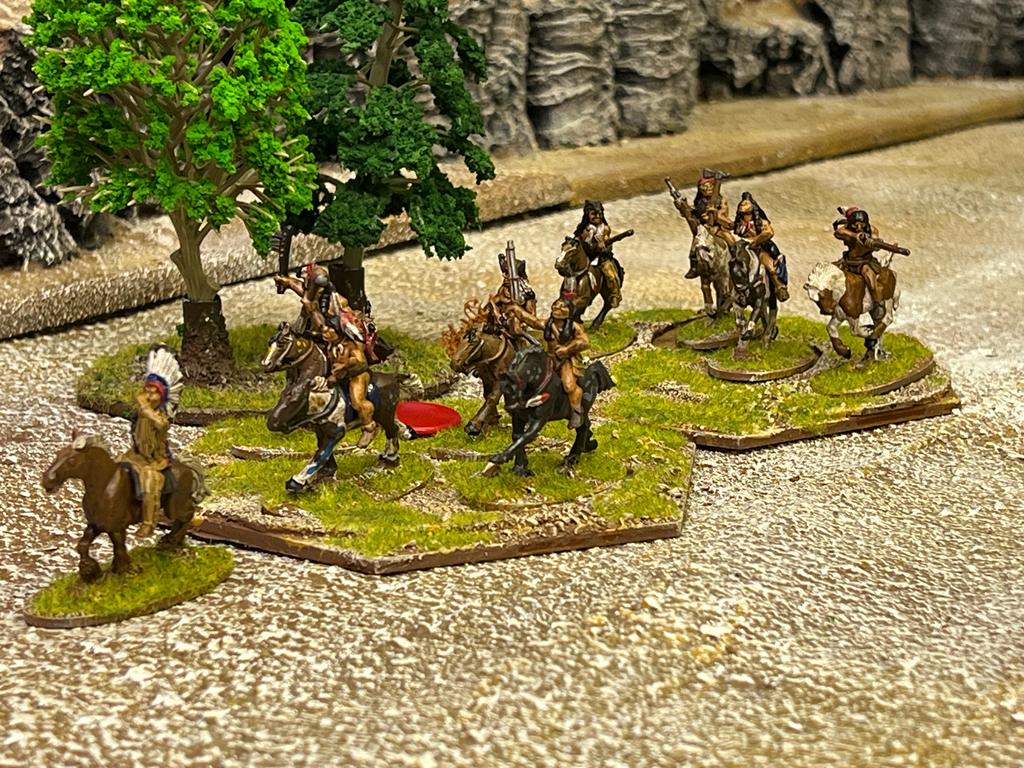 A week ago we decided to refight my epic Rorke's Drift scenario - this was new to most of the players and the Brits only just held out against the natives... 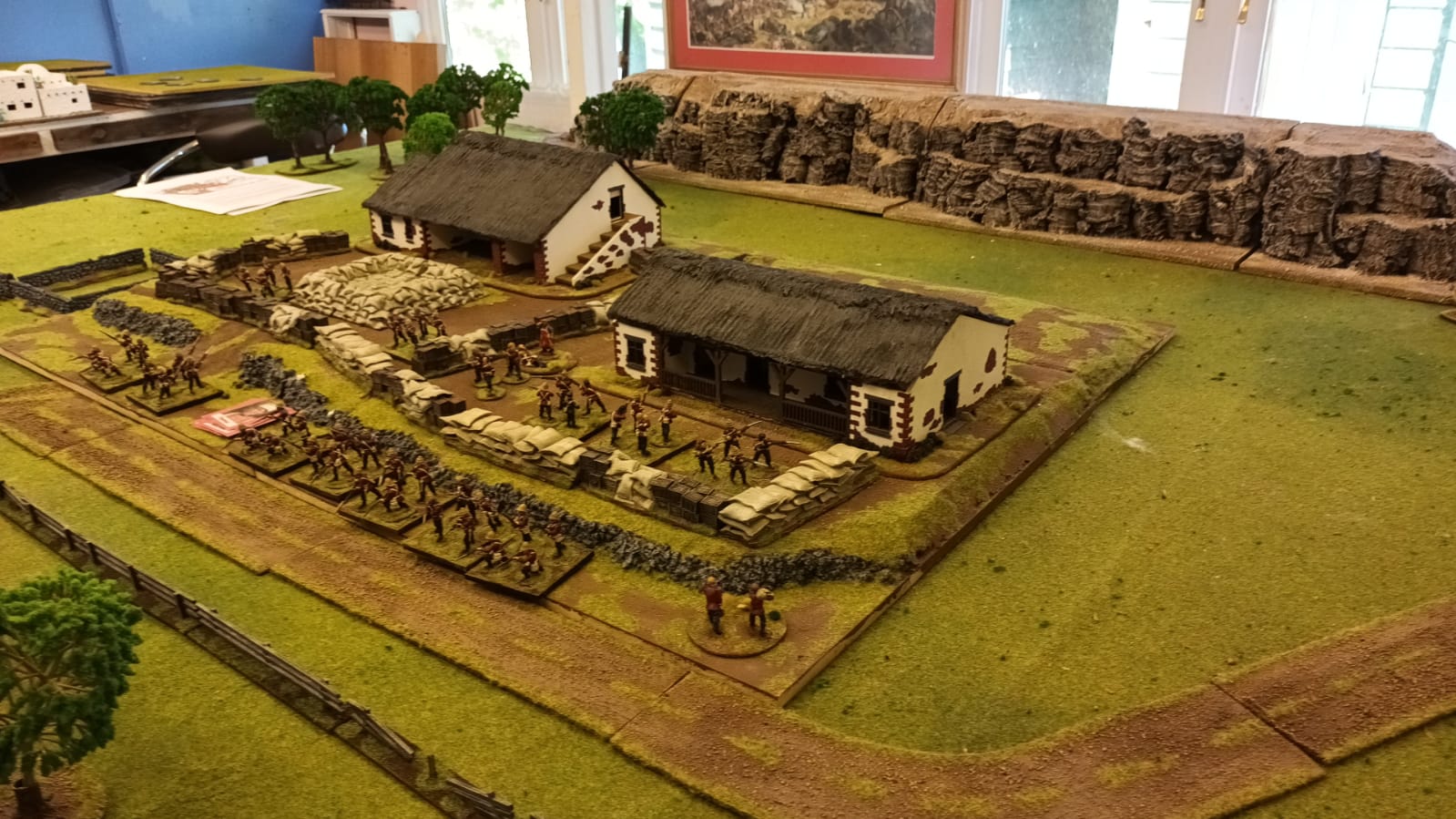 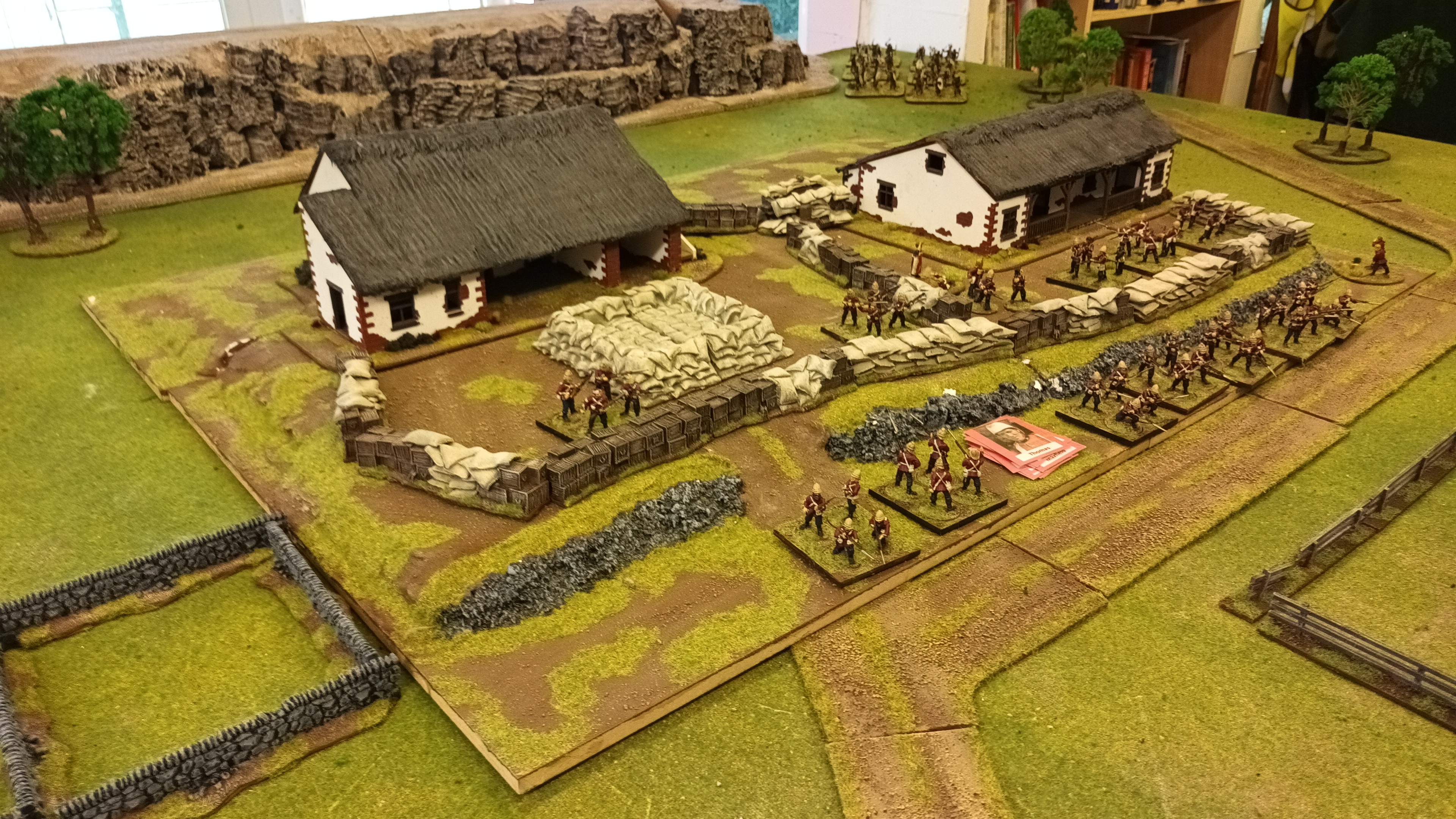 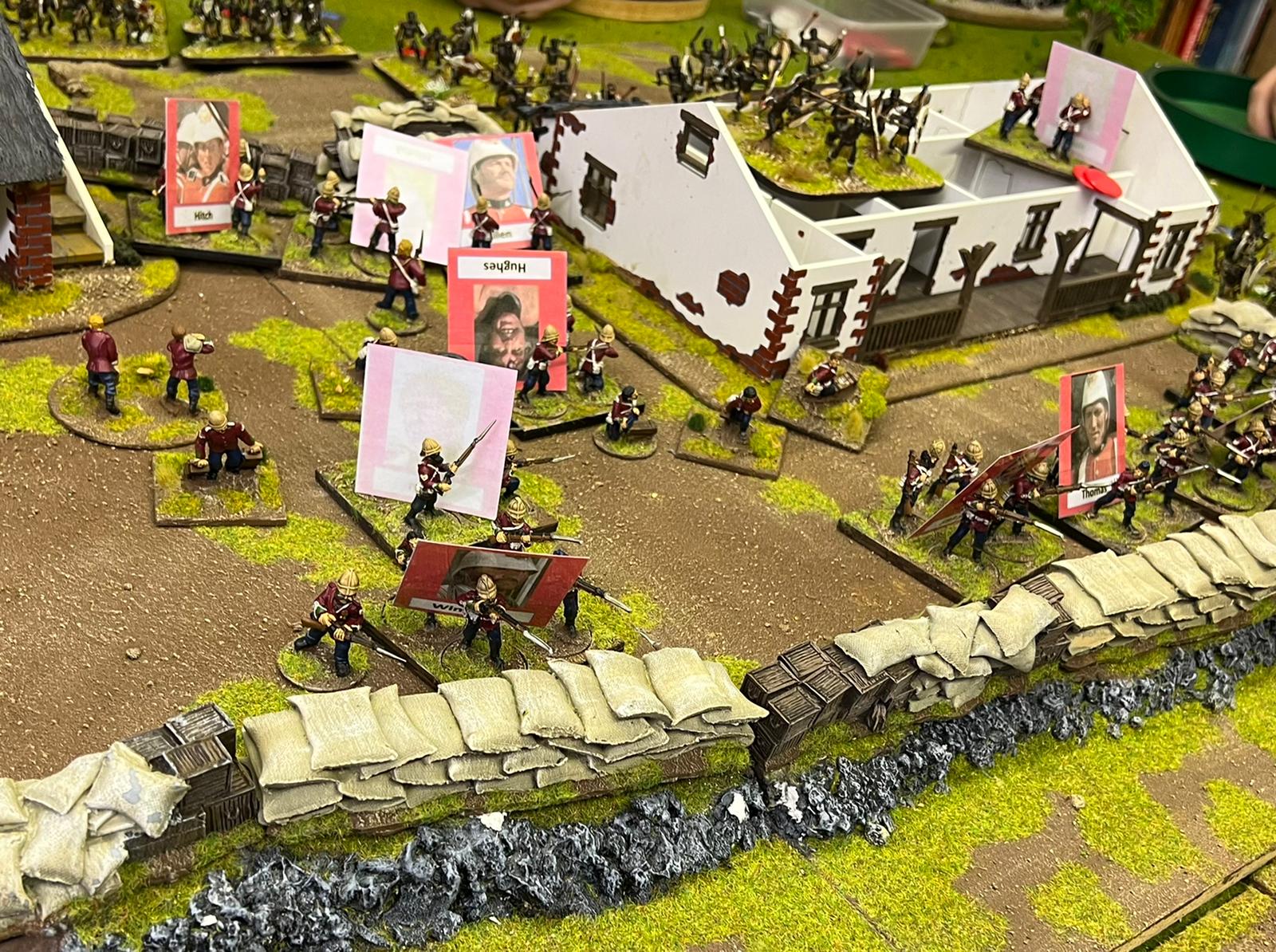 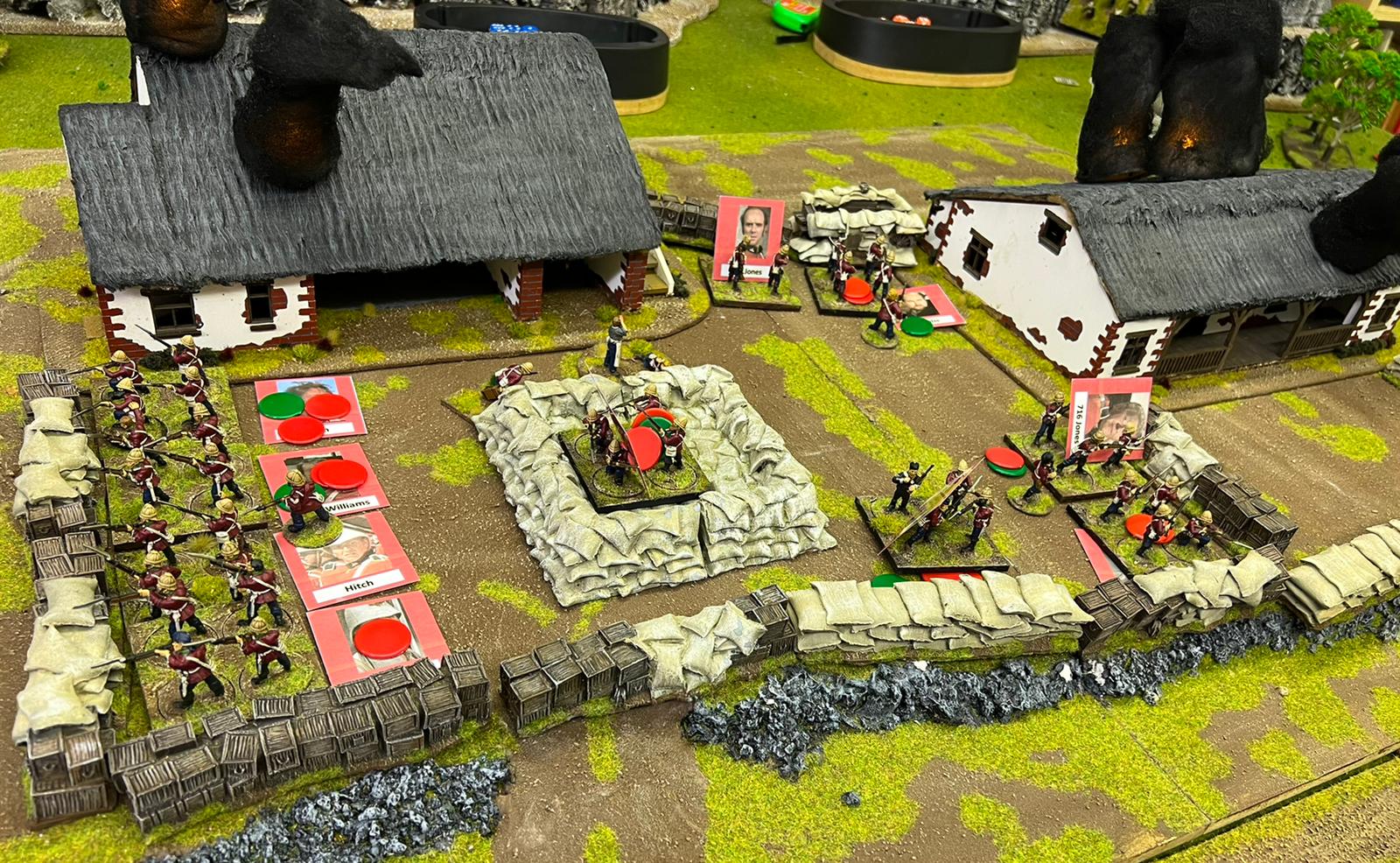 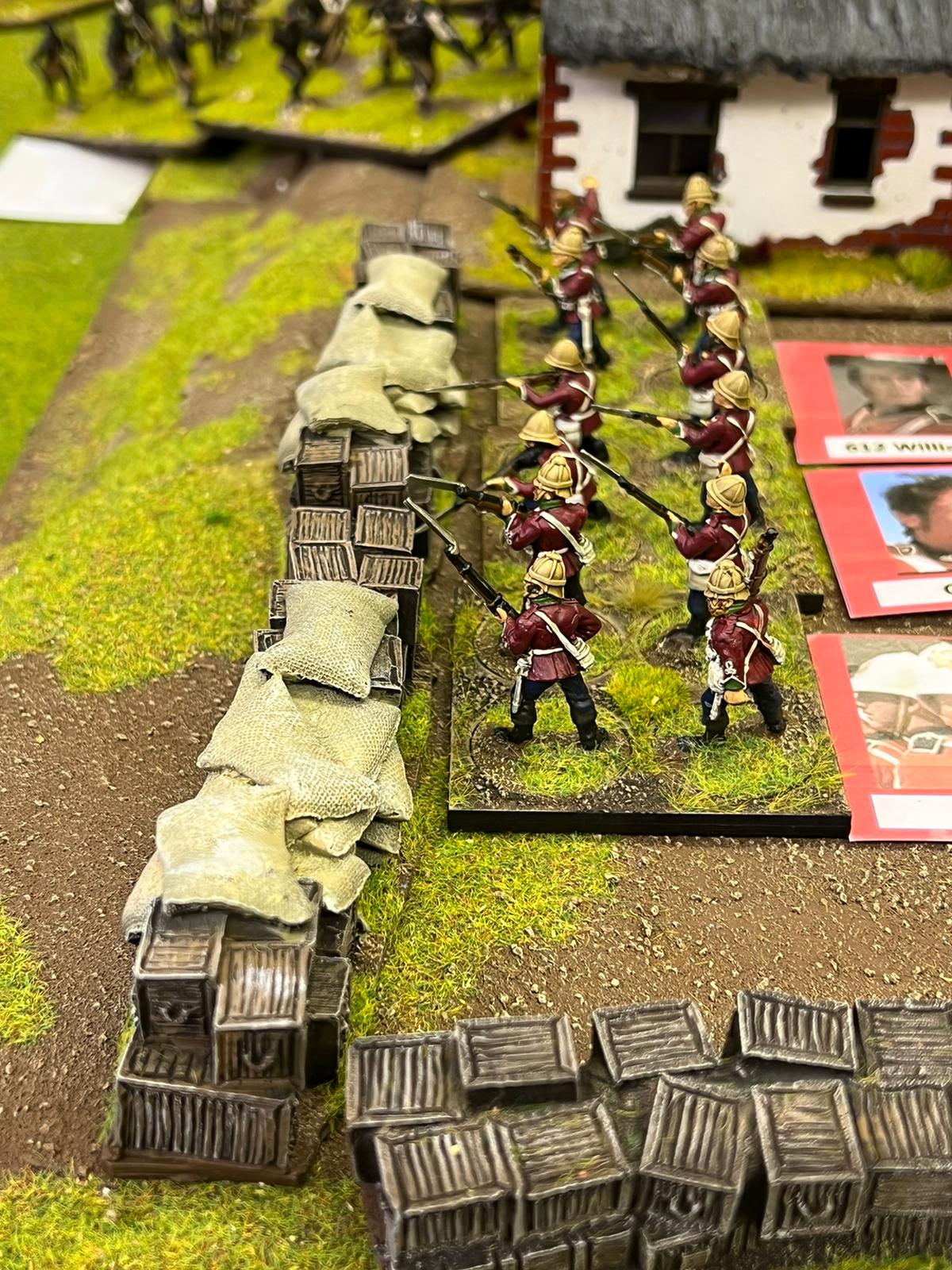 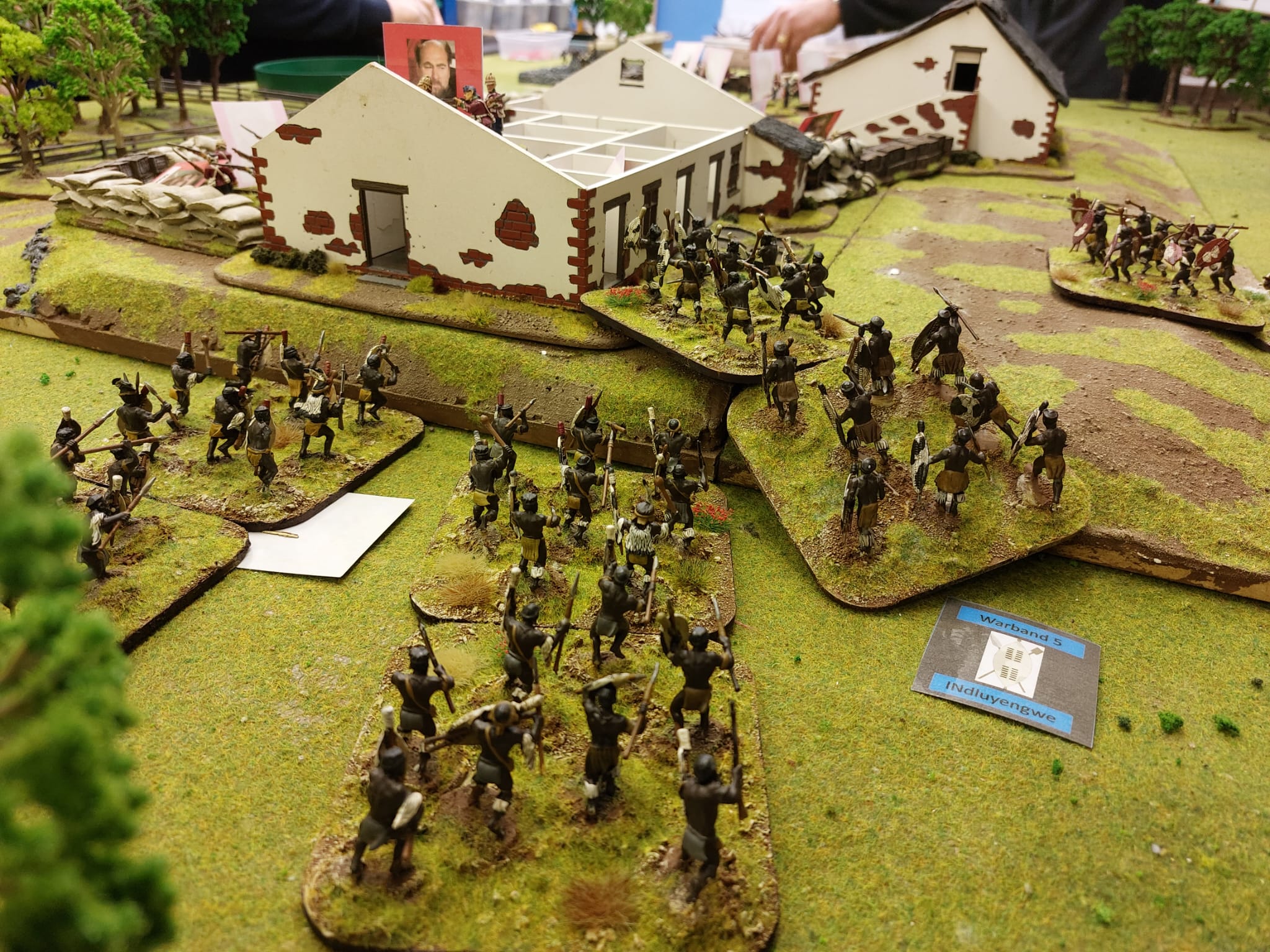 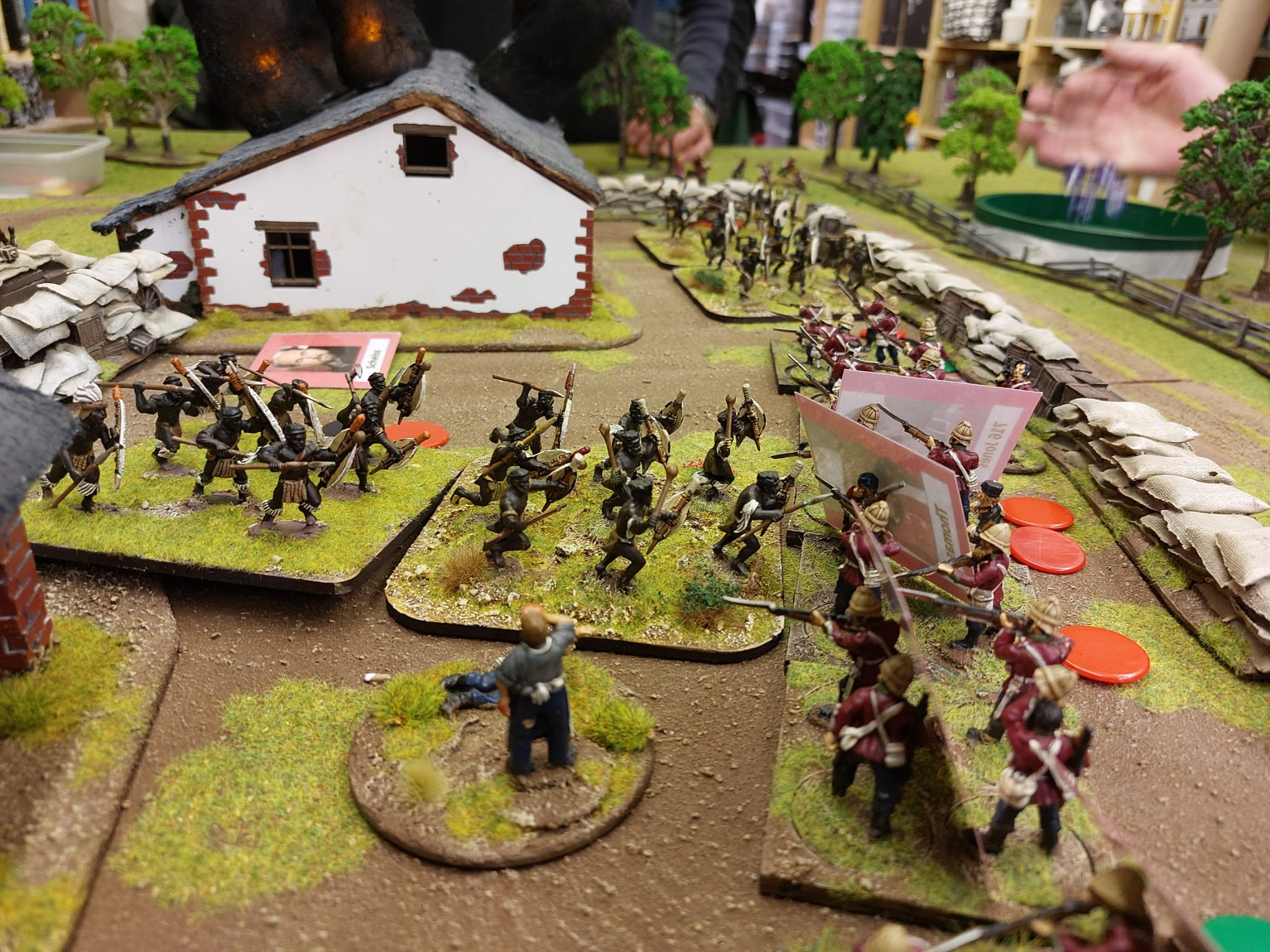 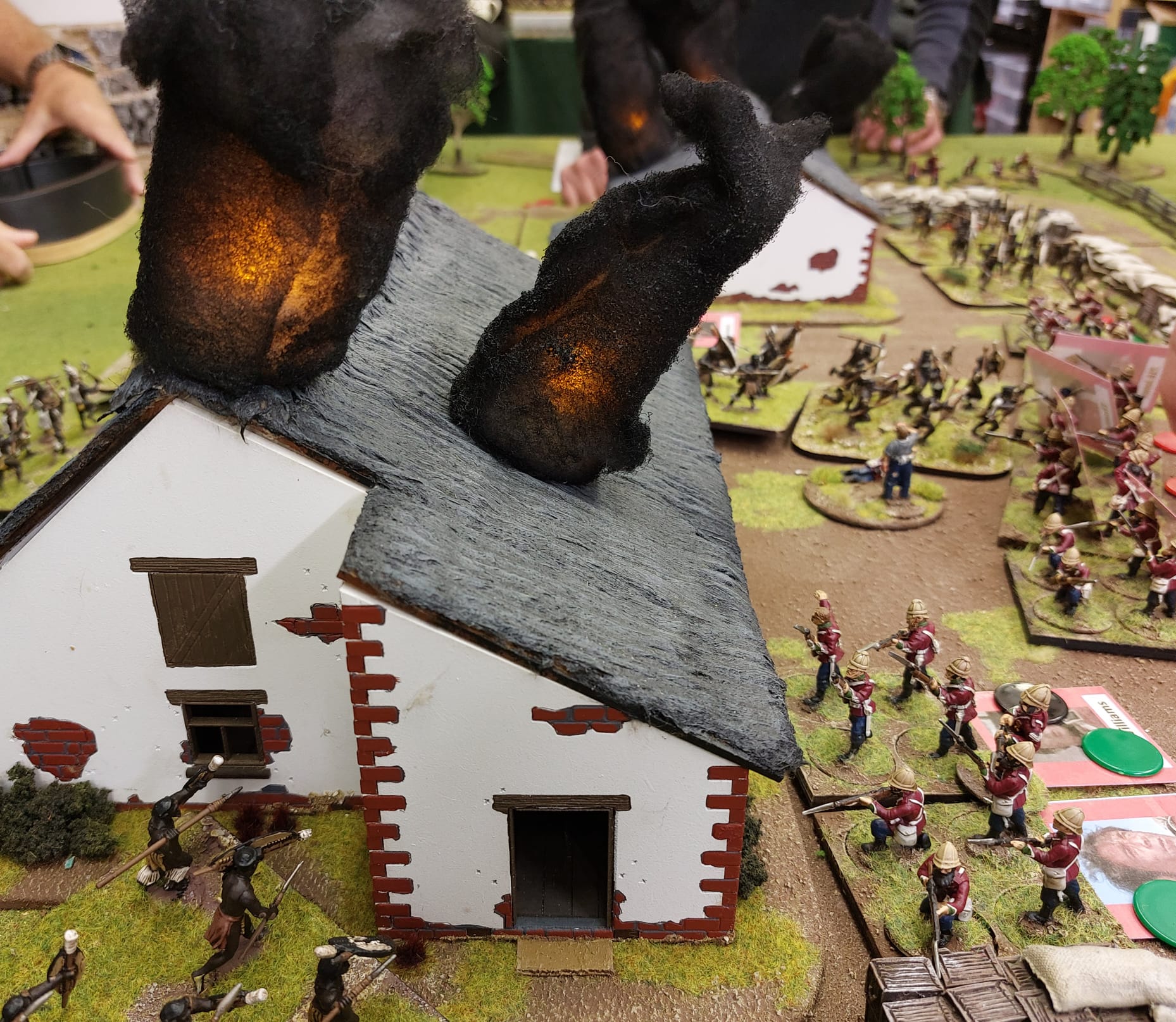 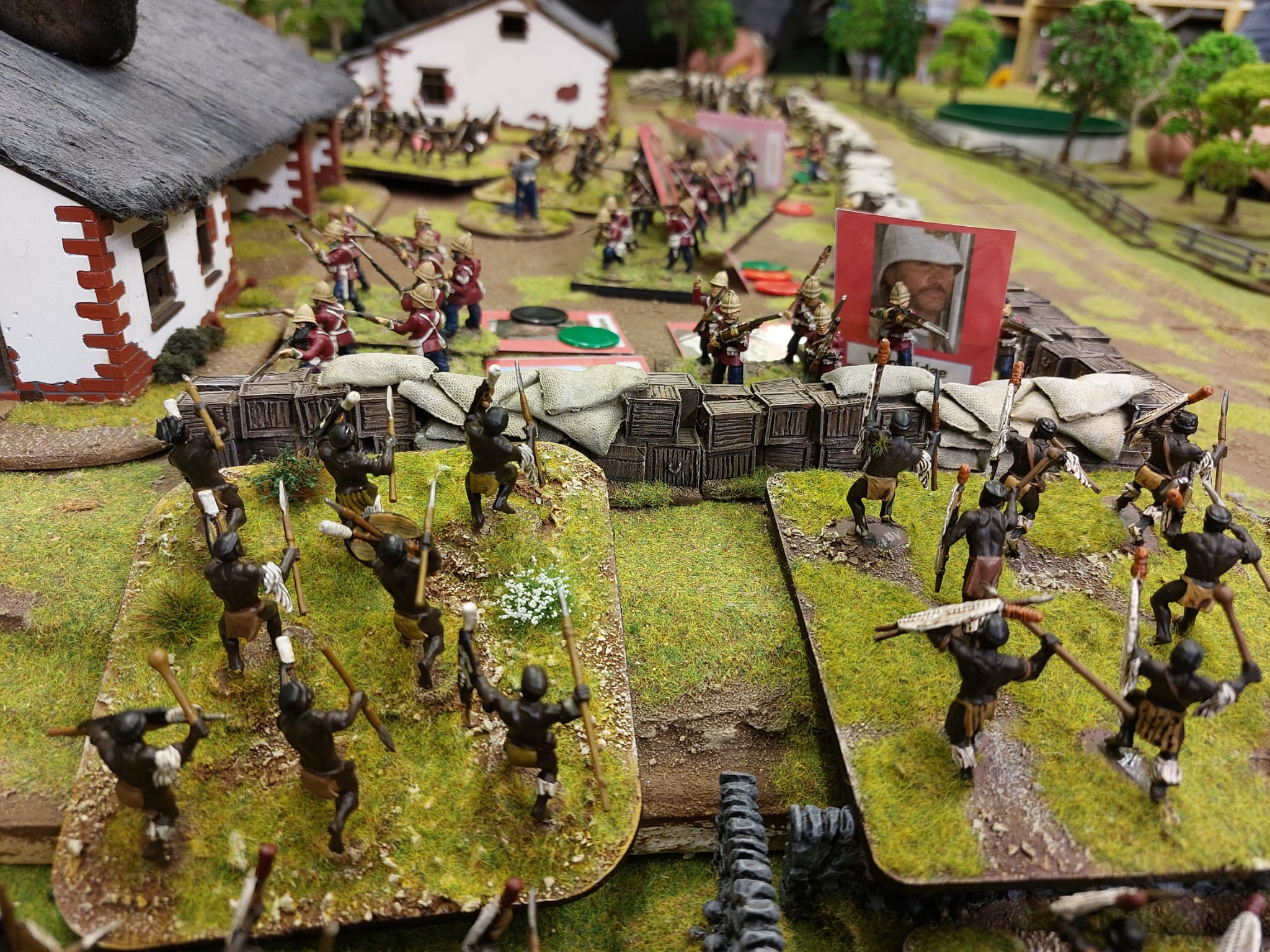 As far as the painting was concerned the focus was adding to my Norman army - four more boses bought from these chaps - Conquest offer a great discount on for or more figures and they are great value. 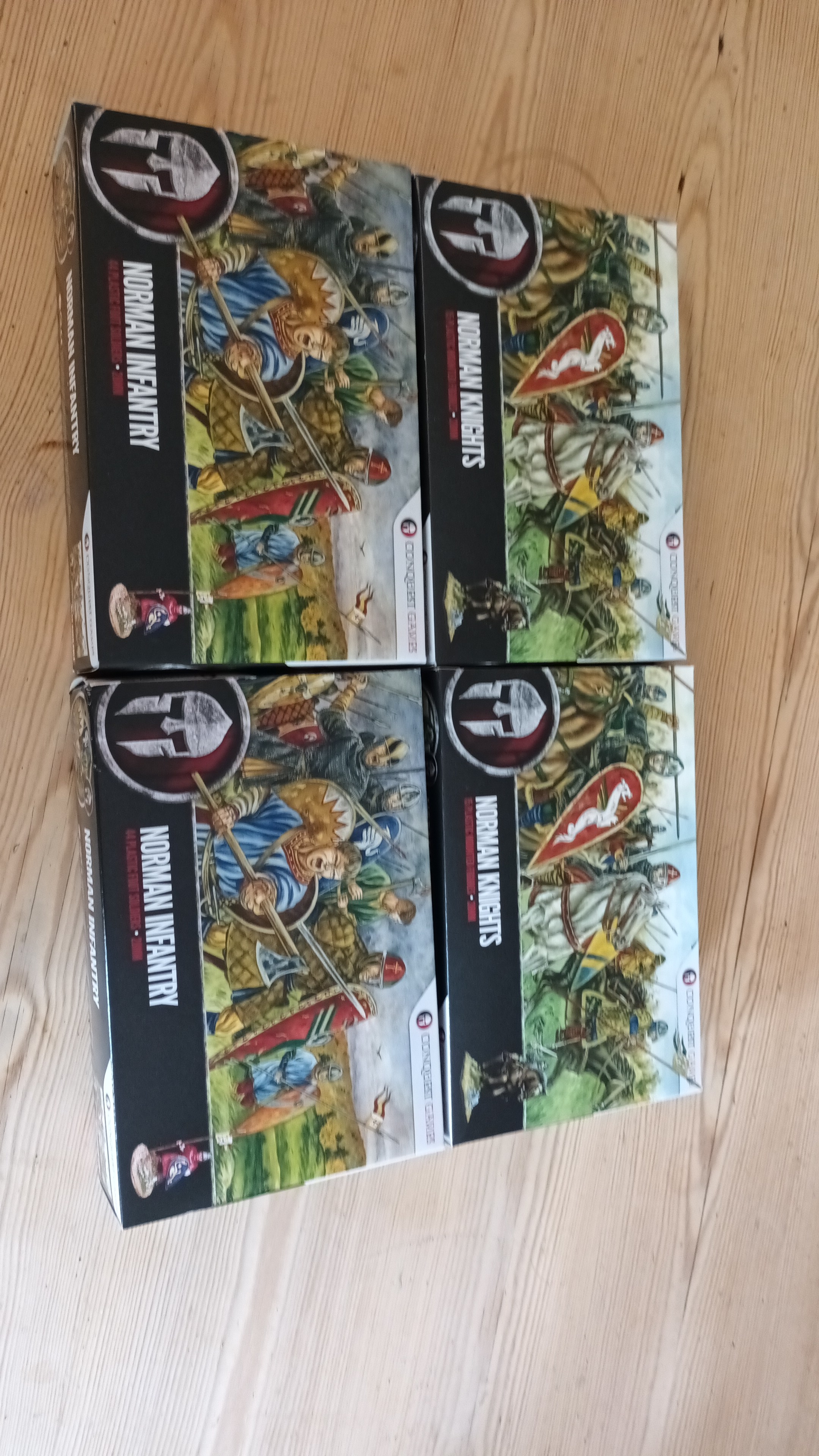 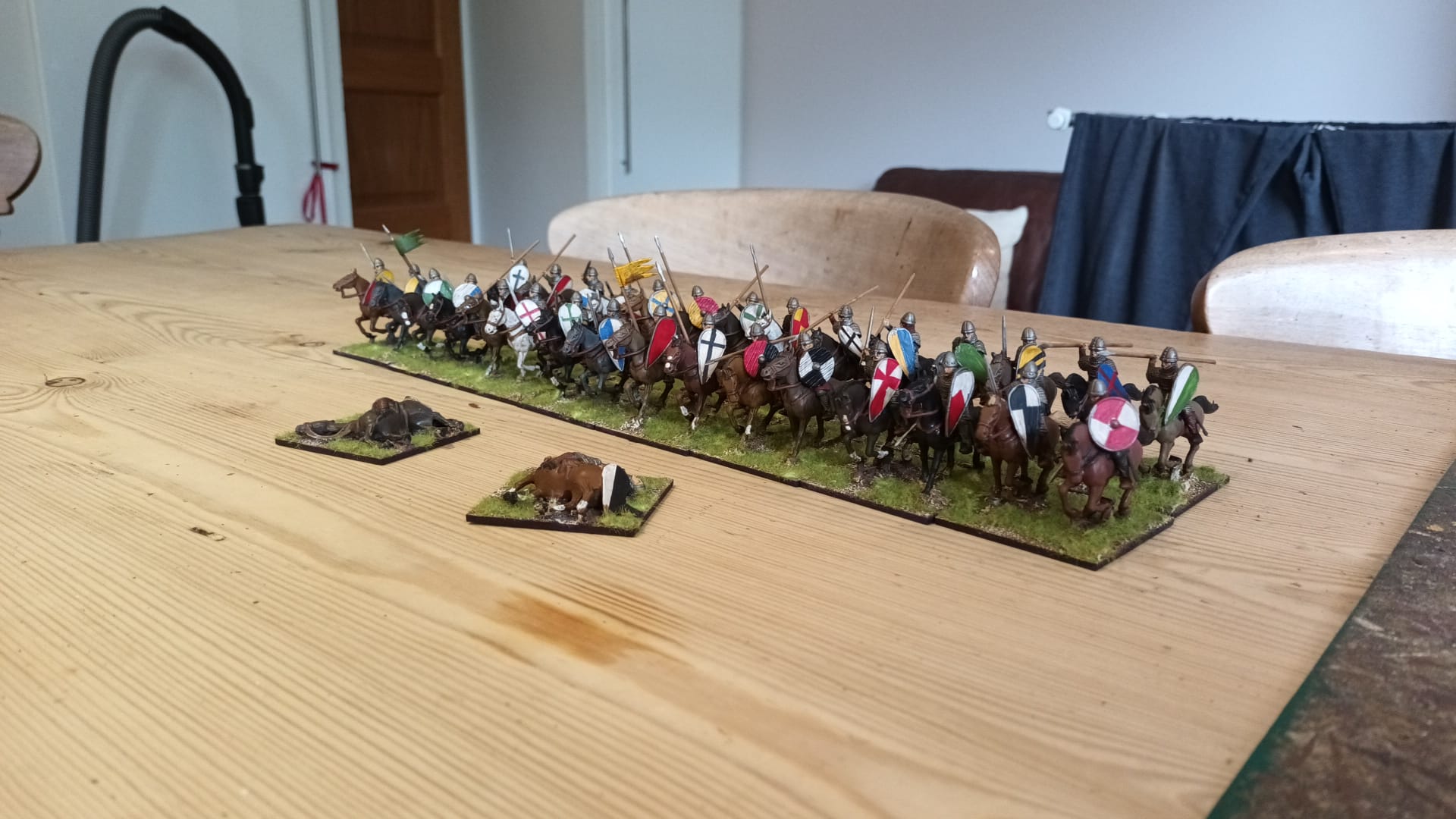 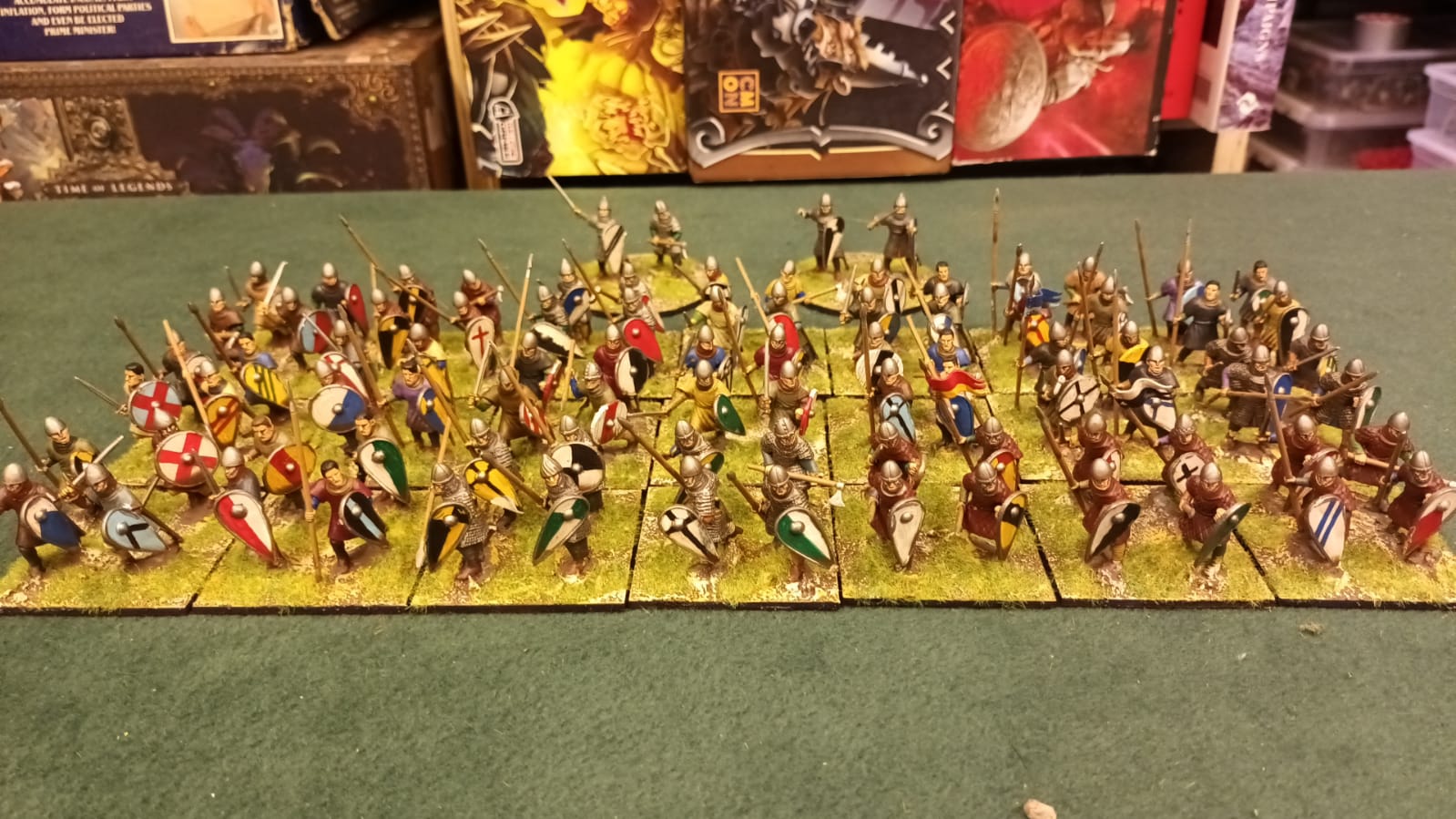 These are now added to my rather large Norman force...the front row is two ranks of over 120 horse - stretching nearly 2 metres 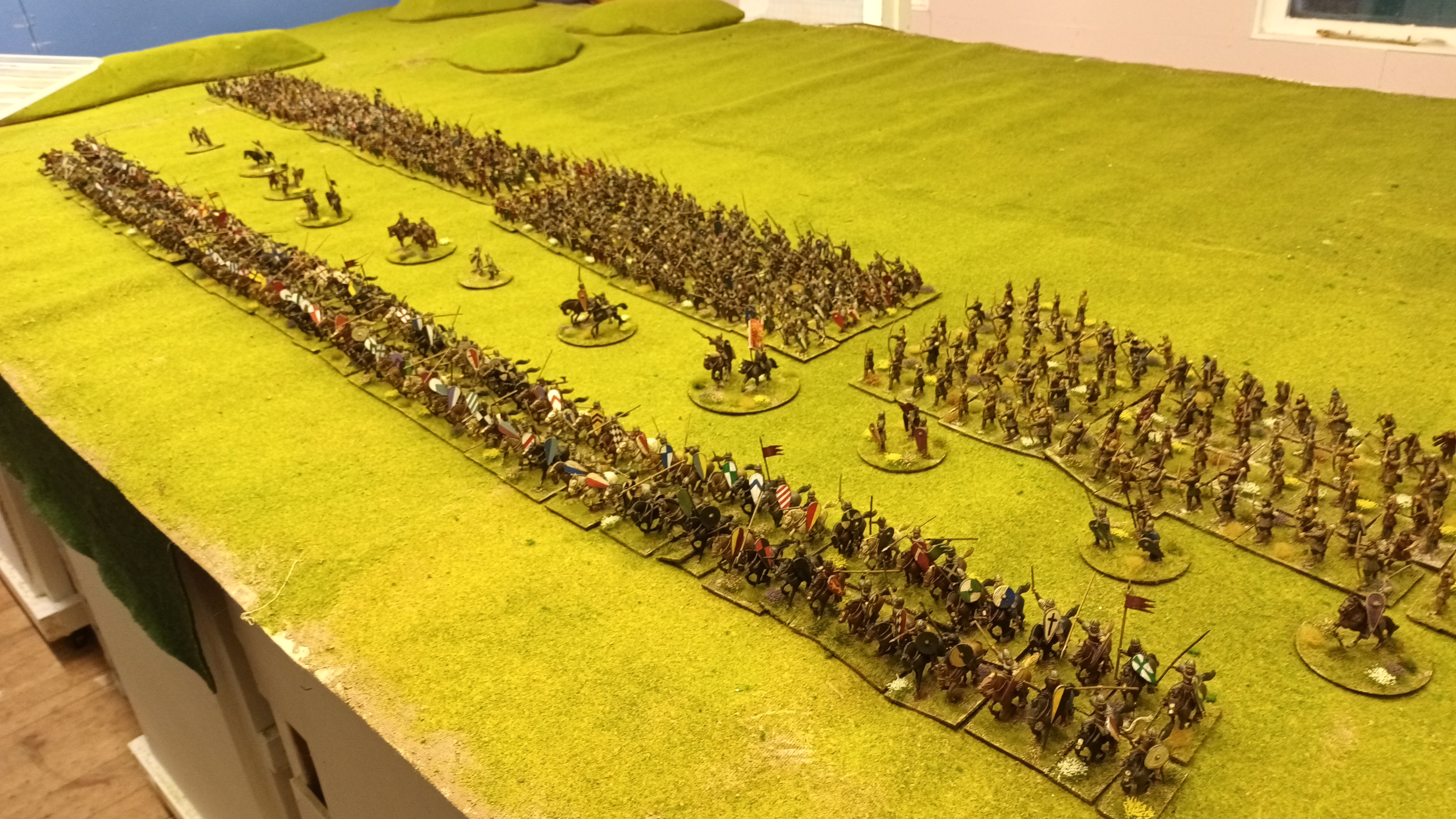 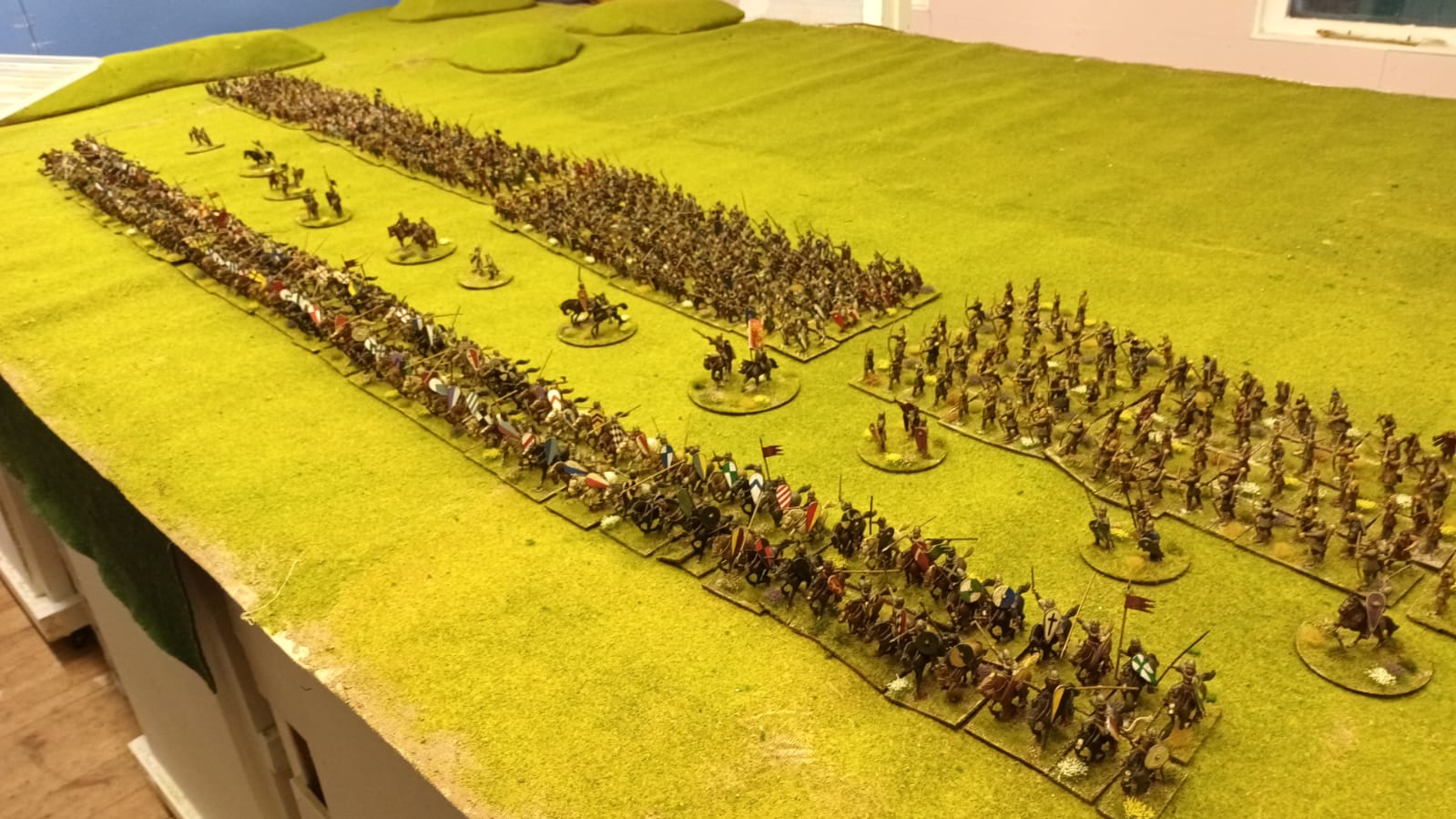 Finally last night we fought out a large 28mm Napoleonic game that was fought to a very bitter and close finale - the Allied forces triumphant. 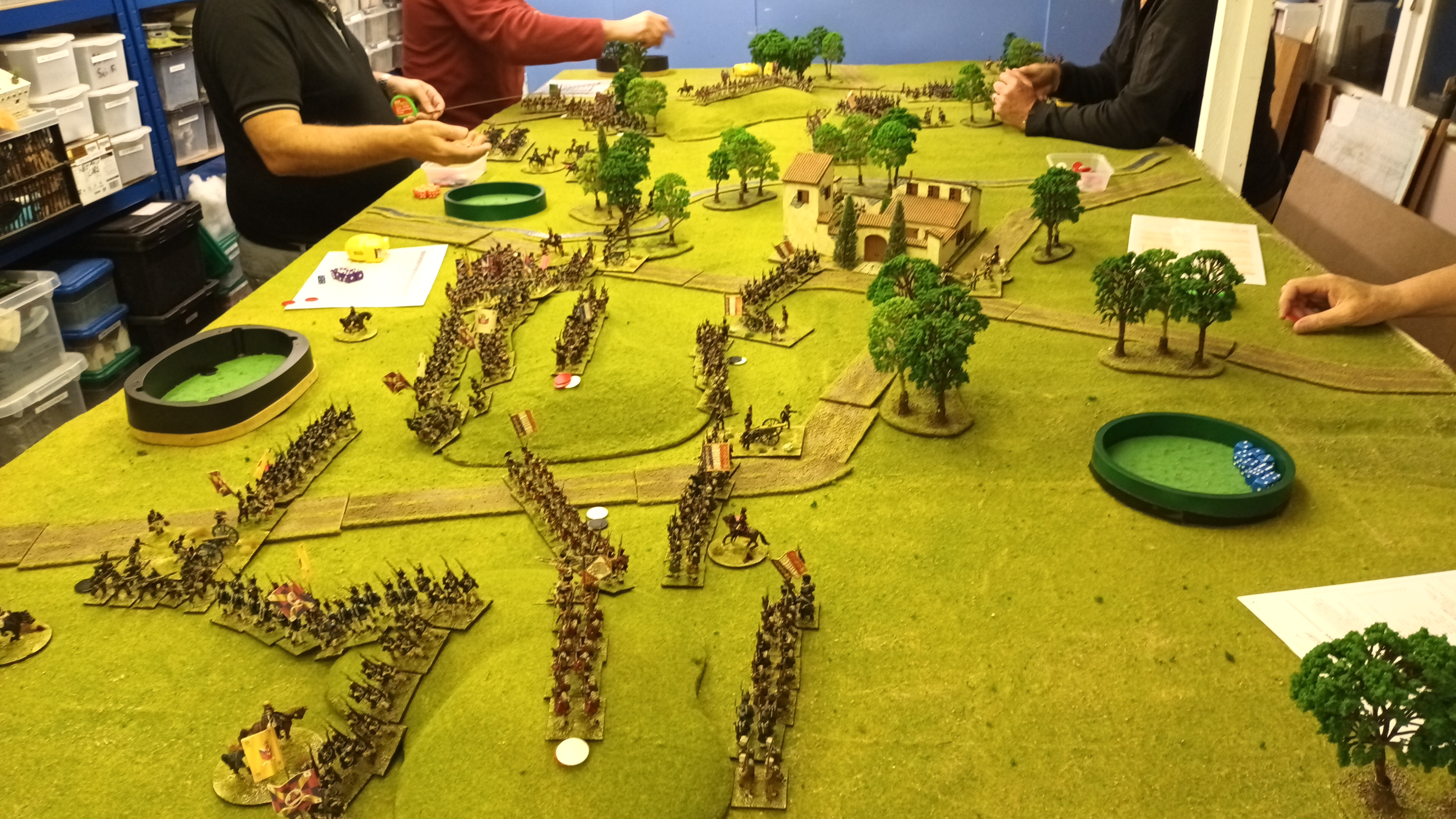 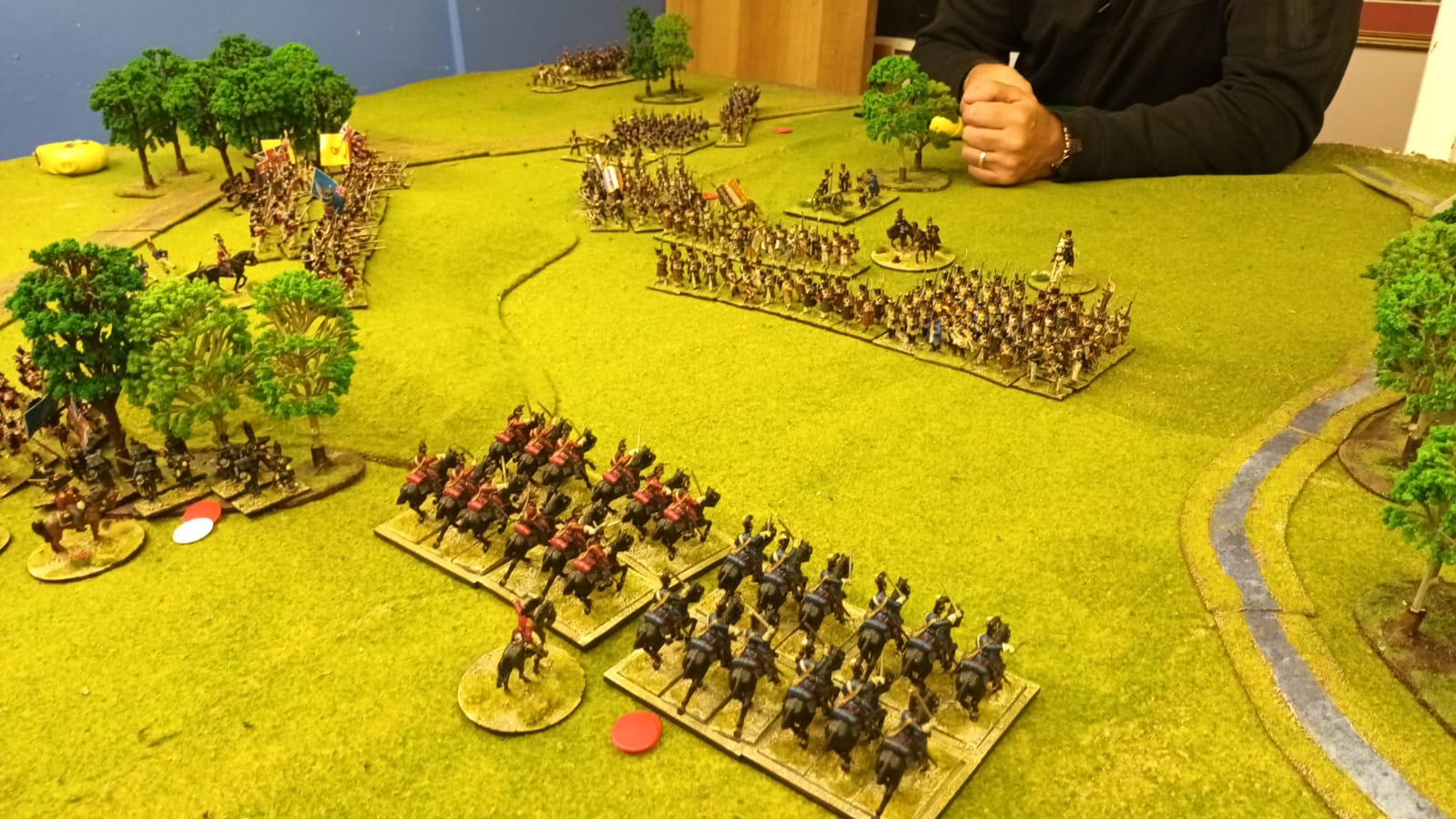 Hope this is of interest and another update towards the end of the month
Stay safe folks
Posted by Eric the Shed at 09:11 8 comments: