part 1 can be found HERE

Last weekend several of my gaming friends volunteered to help empty the old shed and transport the collection to the new premises. I don't think any of them truly believed how much stuff I had accumulated over the last 20 odd years.

Fortified with bacon sandwiches and coffee it took about two hours for eight of us to empty the old shed and to load up one large van and four cars. Two estate cars were needed just to carry my figures ! Fortunately I had boxed most of the stuff in the previous weeks.

The picture below shows the main part of the old shed with stuff stacked up and ready to go.. 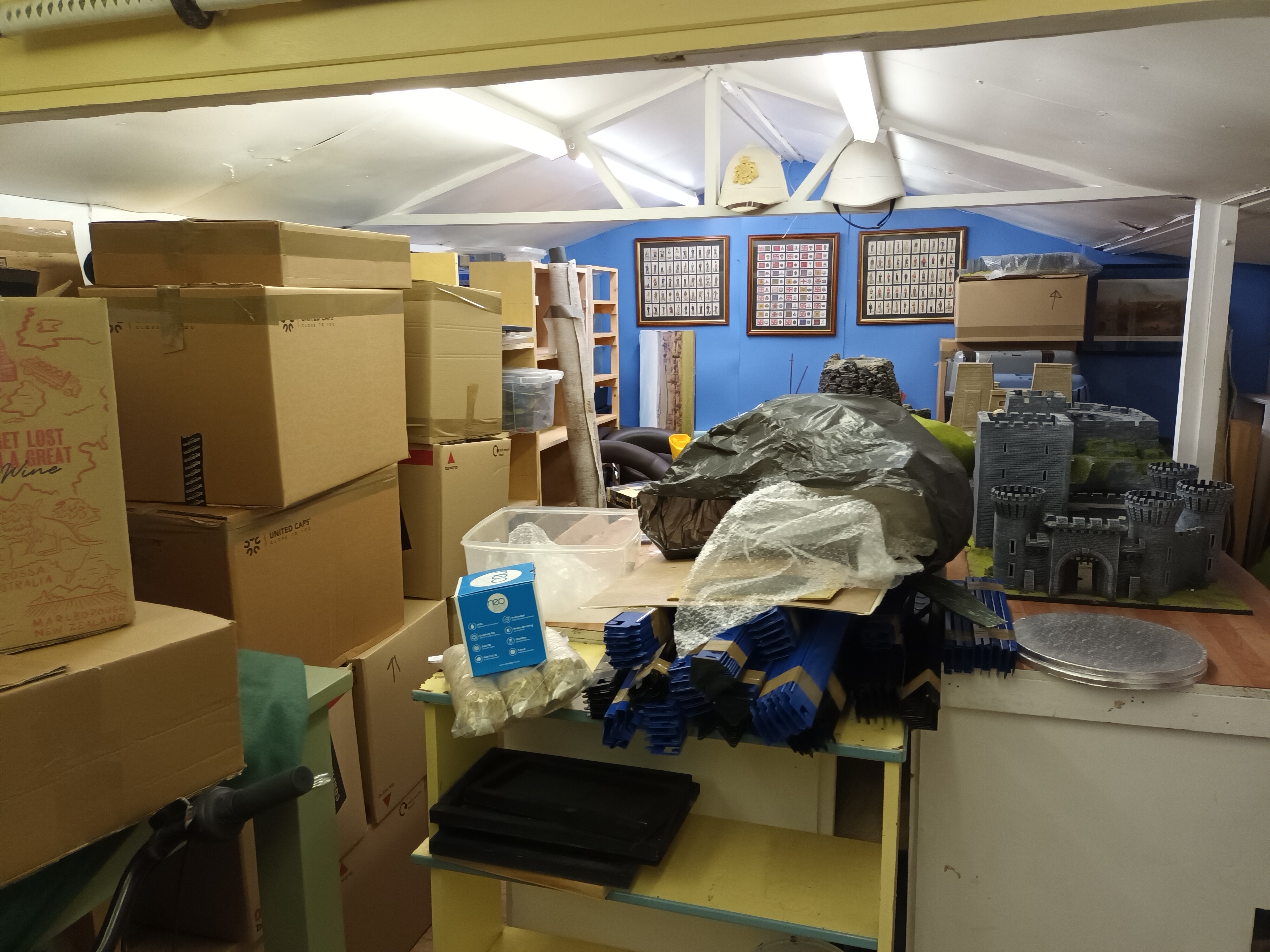 The second room in the old shed was a bit more chaotic. 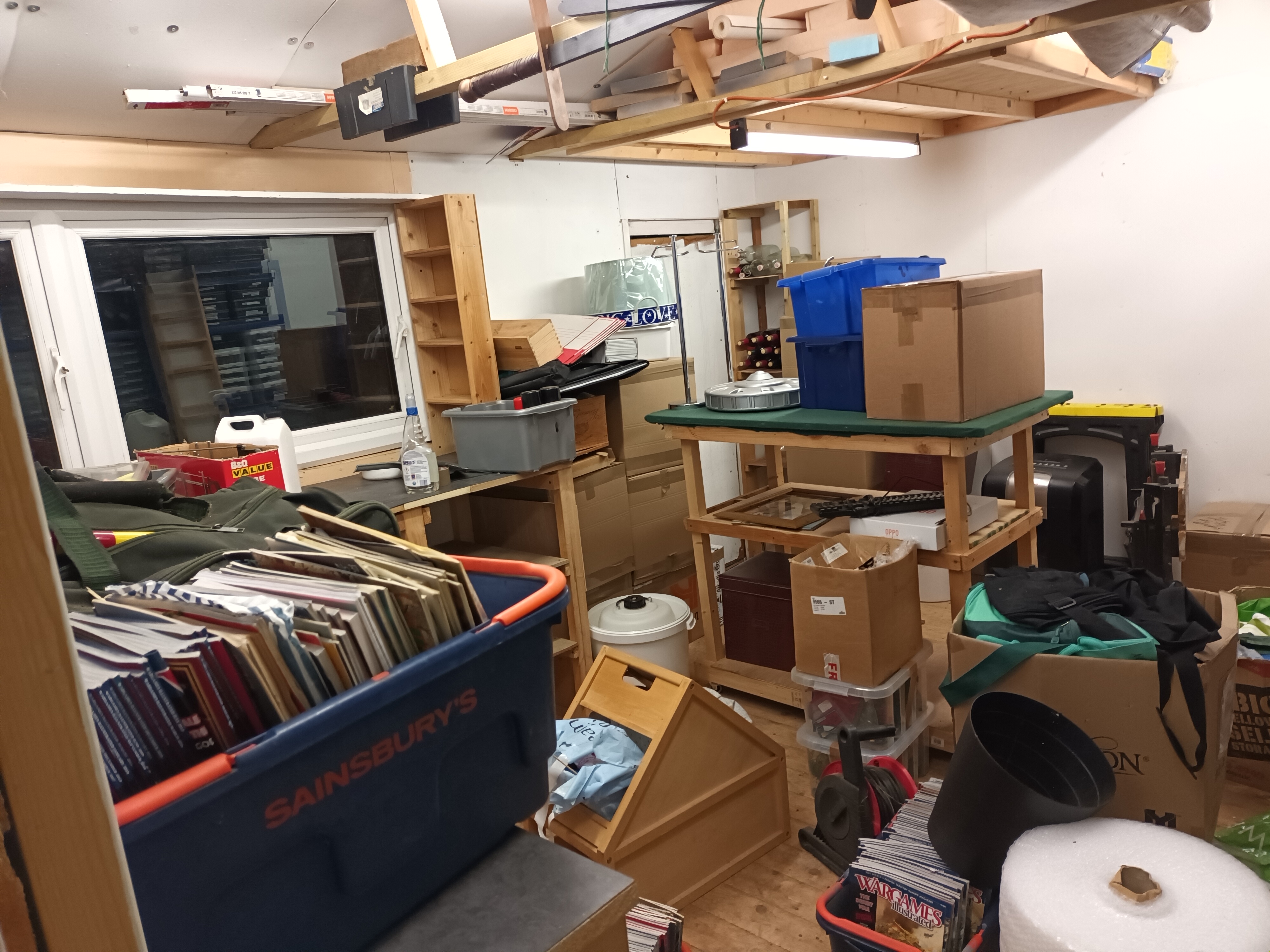 As we started emptying the building it dawned on me that my gaming tables were not going to be leaving the premises. They were just too big to get through my house to the van. So sadly these would have to be broken down and rebuilt at the other end.

So two hours later a small copnvpoy left Surbiton and headed south west. Fortunately the M25 was behaving itself and we all arrived safely at the new games destination 25 minutes later.

Unloading was significantly easier as the vehicles could be brought right up to the new shed and with a line formed all the vehicles were unloaded within the hour. 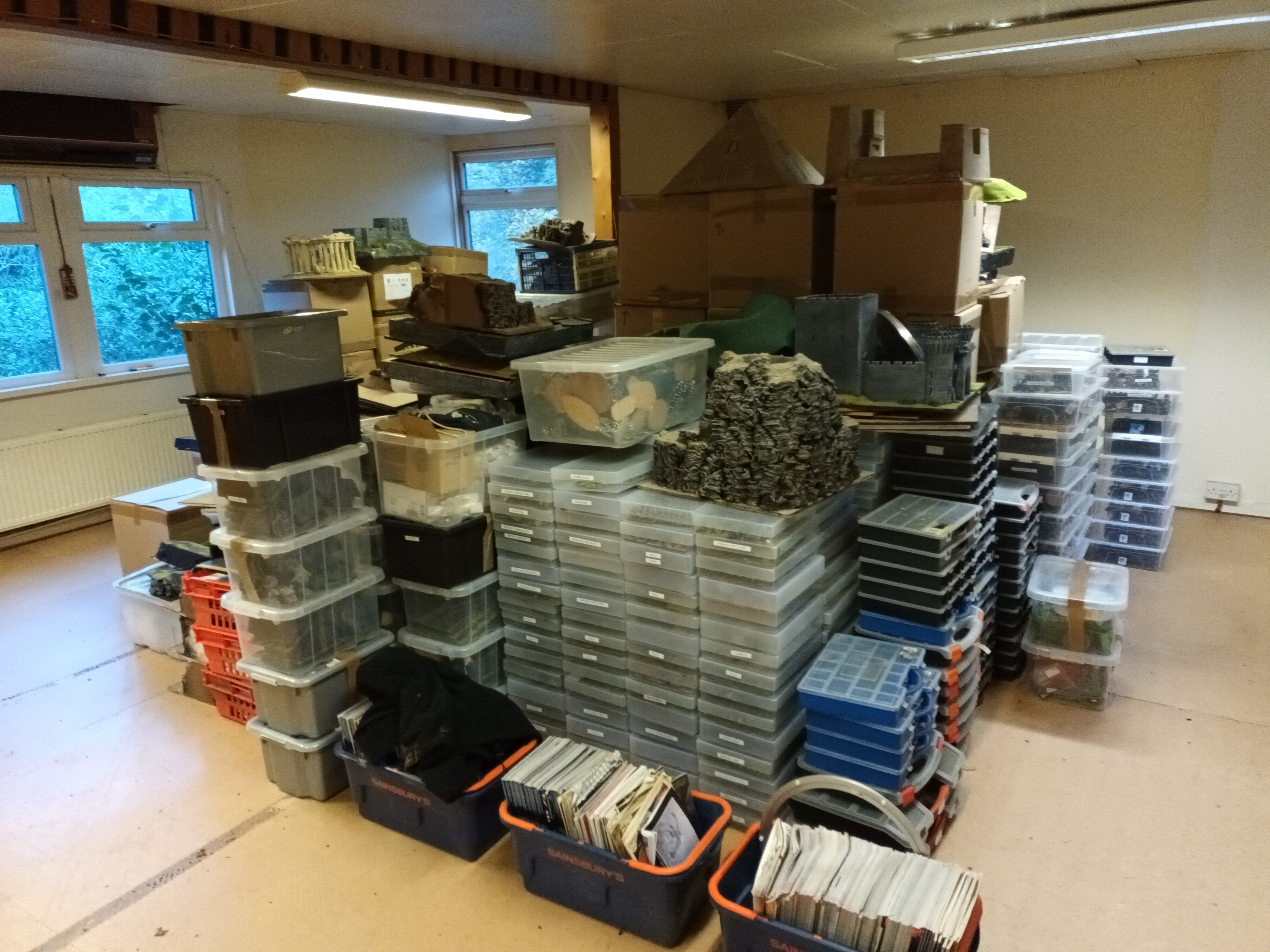 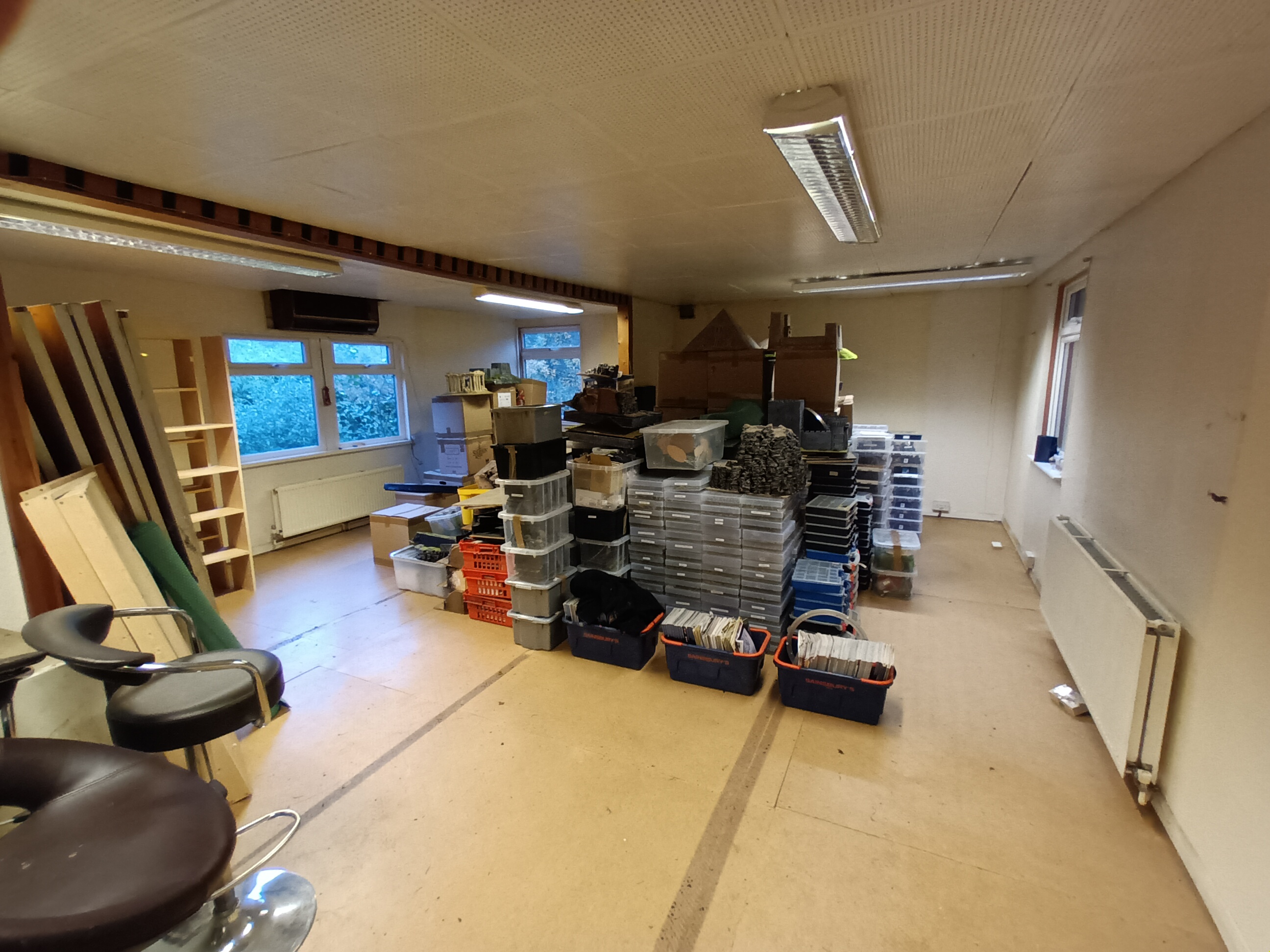 I say 90% because there is still some more stuff to bring...

That night nursing a beer I returned to my old shed and looked inside - it was empty (almost)  but it had brought so many wonderful memories... 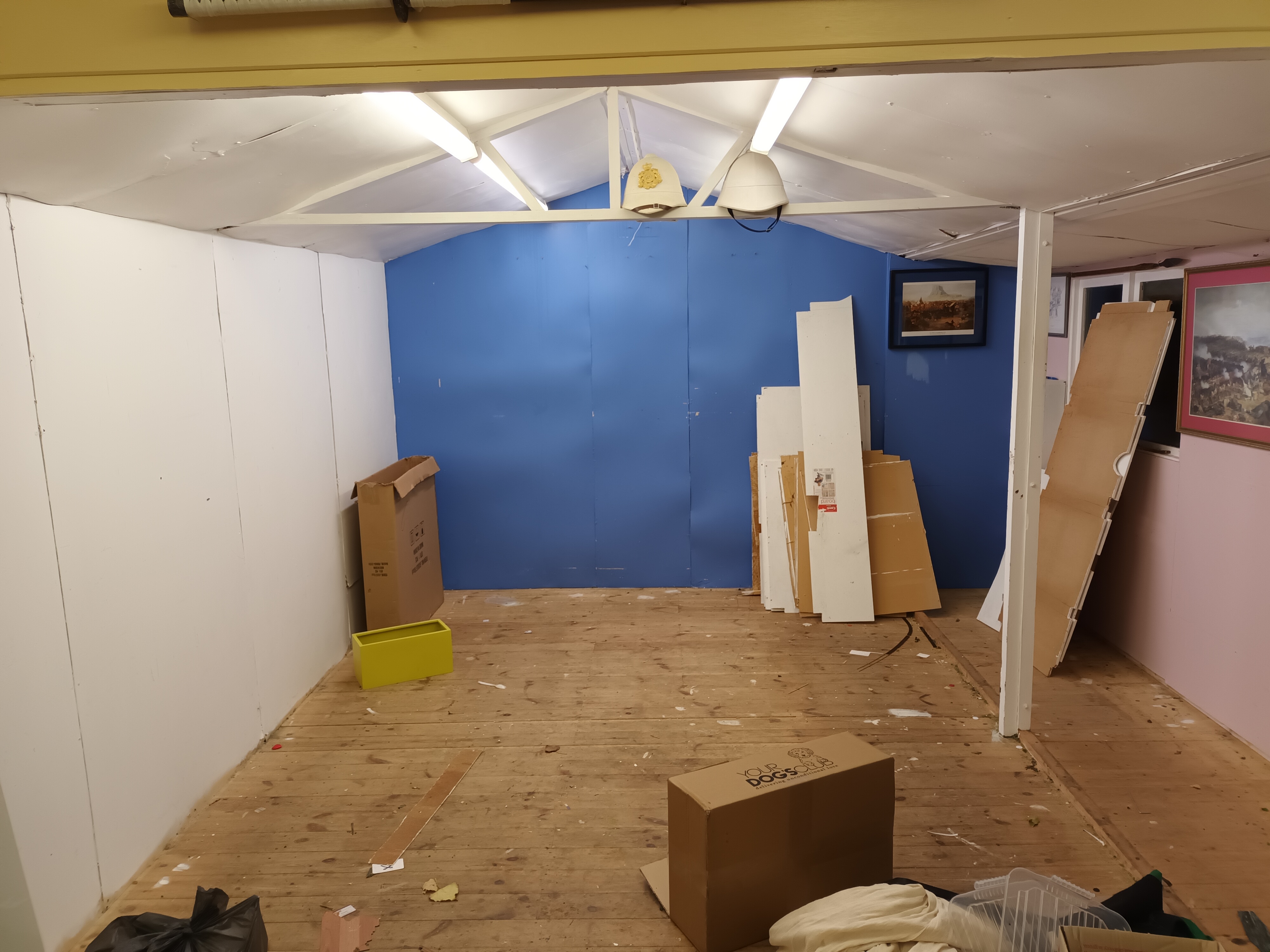 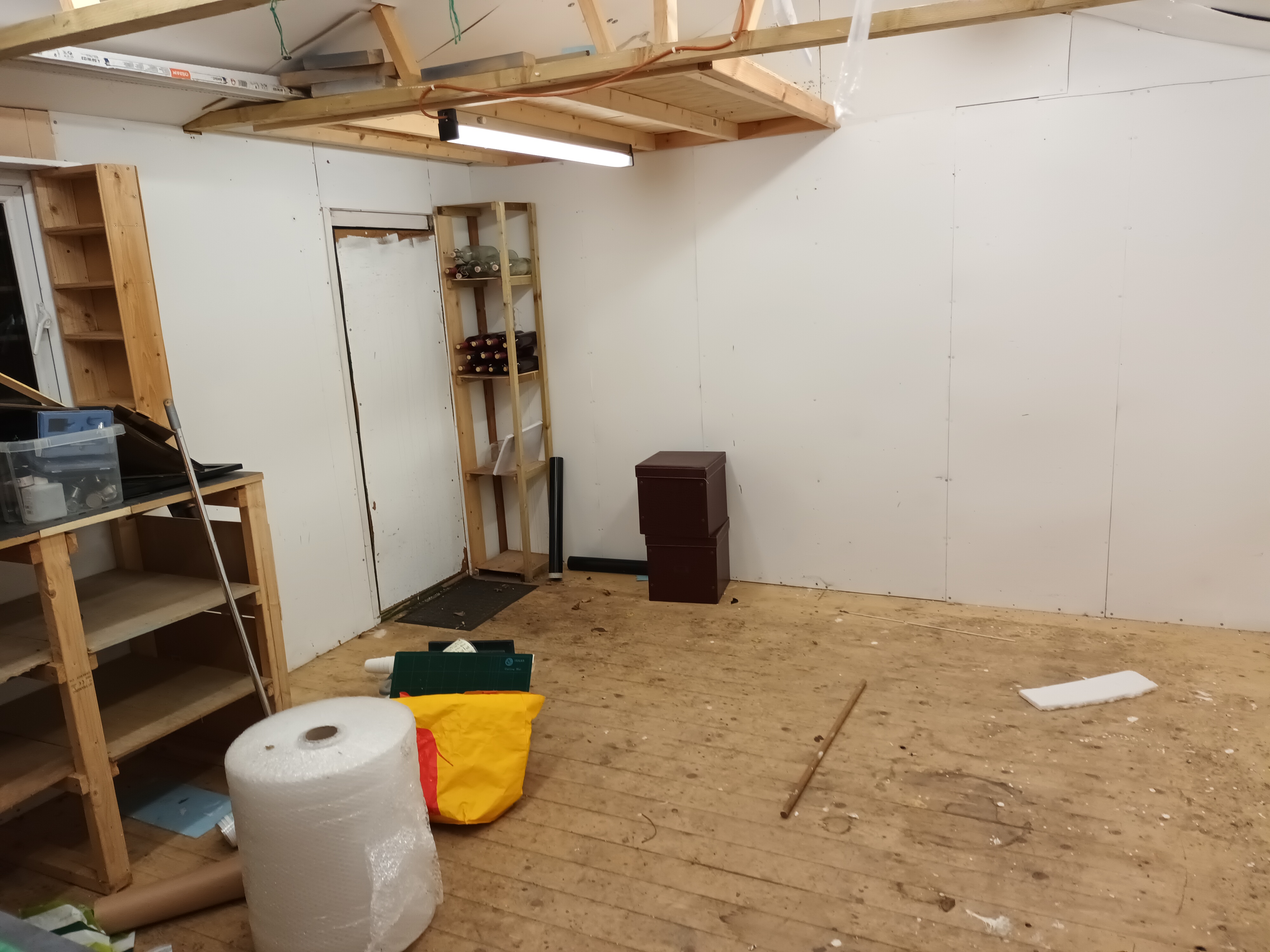 A big thank you to Stuart, Mark F, Mark K, John, Tony, Vince, and Colin for their support last weekend. Without your help it would have taken so much longer.

Next up ....refurbishing the new gaff

Part 3 can be found Here

Just to bring people up to speed my wife and I recently completed our purchase of a new home. By Christmas we have to move out of our existing home and transport 30 years of life to the new gaff...the fact that the new home is run down (almost derelict in places) makes it all rather exciting.

On the positive front the new home has a rather super wooden building that will for the time being serve as my new games room (Mrs Shed wants to convert it into an air bnb chalet). This old building was used as an office by the previous owners.

The building itself is about 30ft by 20ft and has a Loo, central heating and a kitchenette all are in desperate need of repair or replacement. The building is surrounded by brambles and ferns, covered in ivy and in some areas in need of repair. 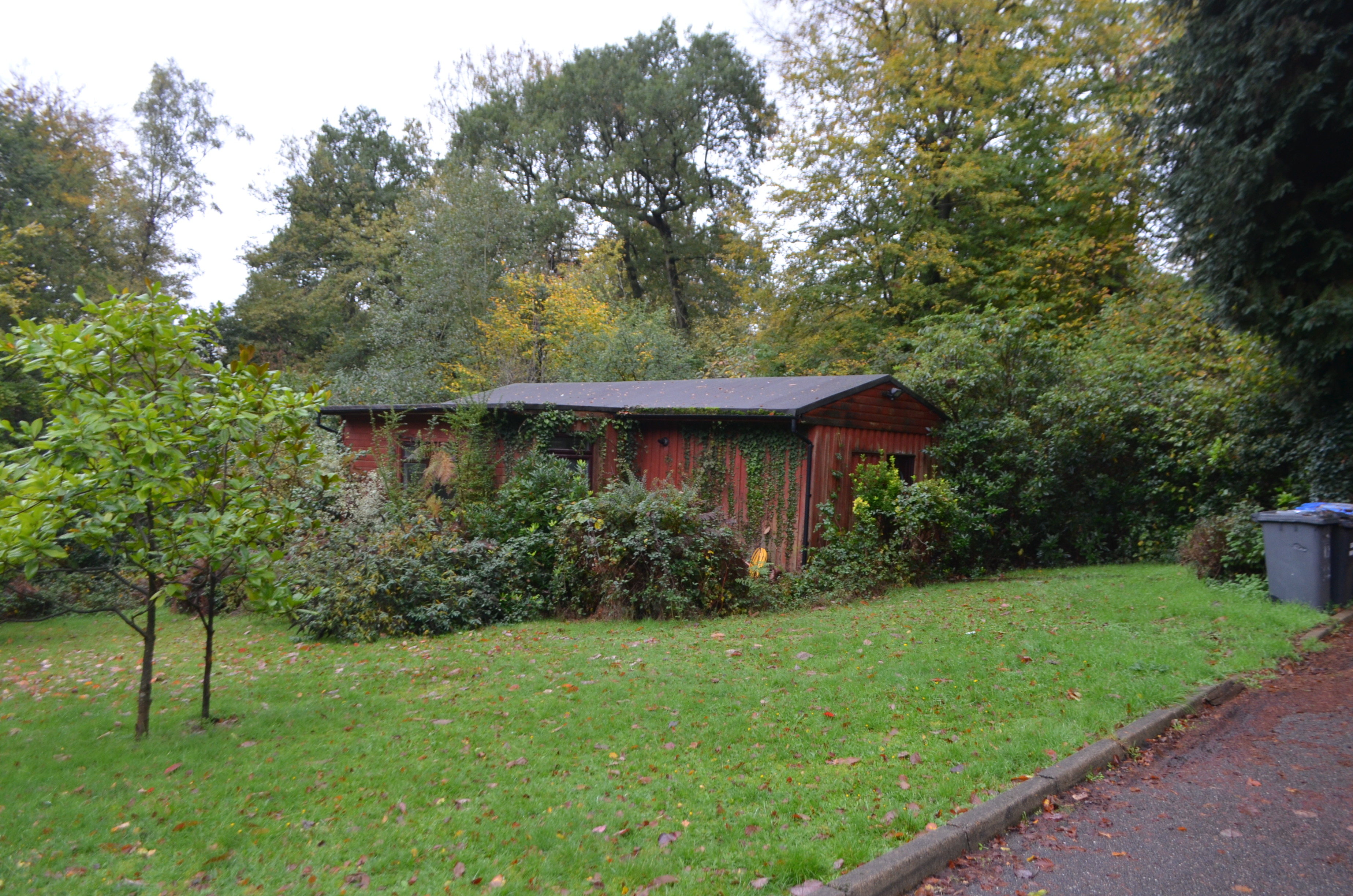 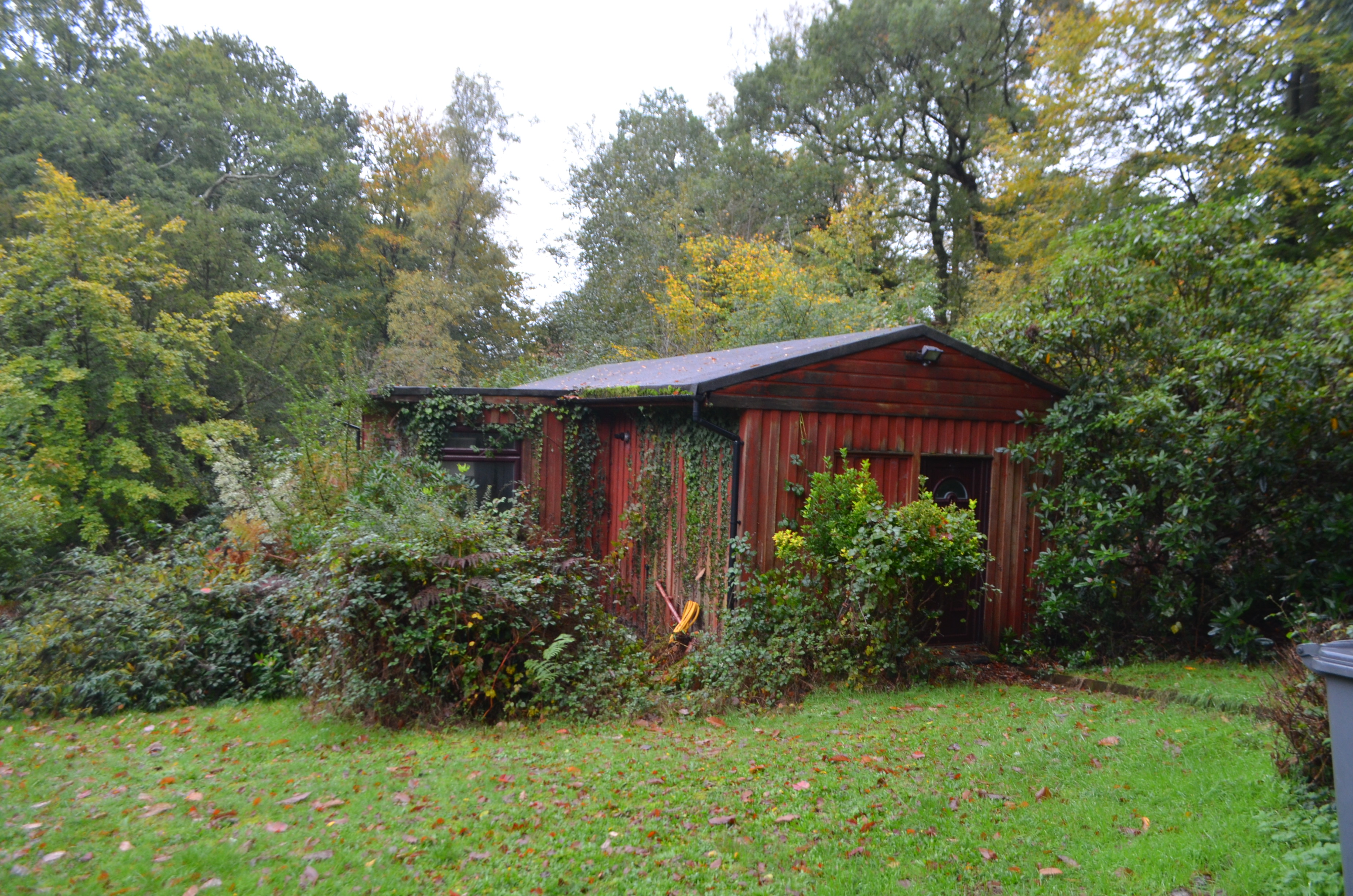 Inside the office was abandoned, old desks, phones, computers and vast amounts of paper. 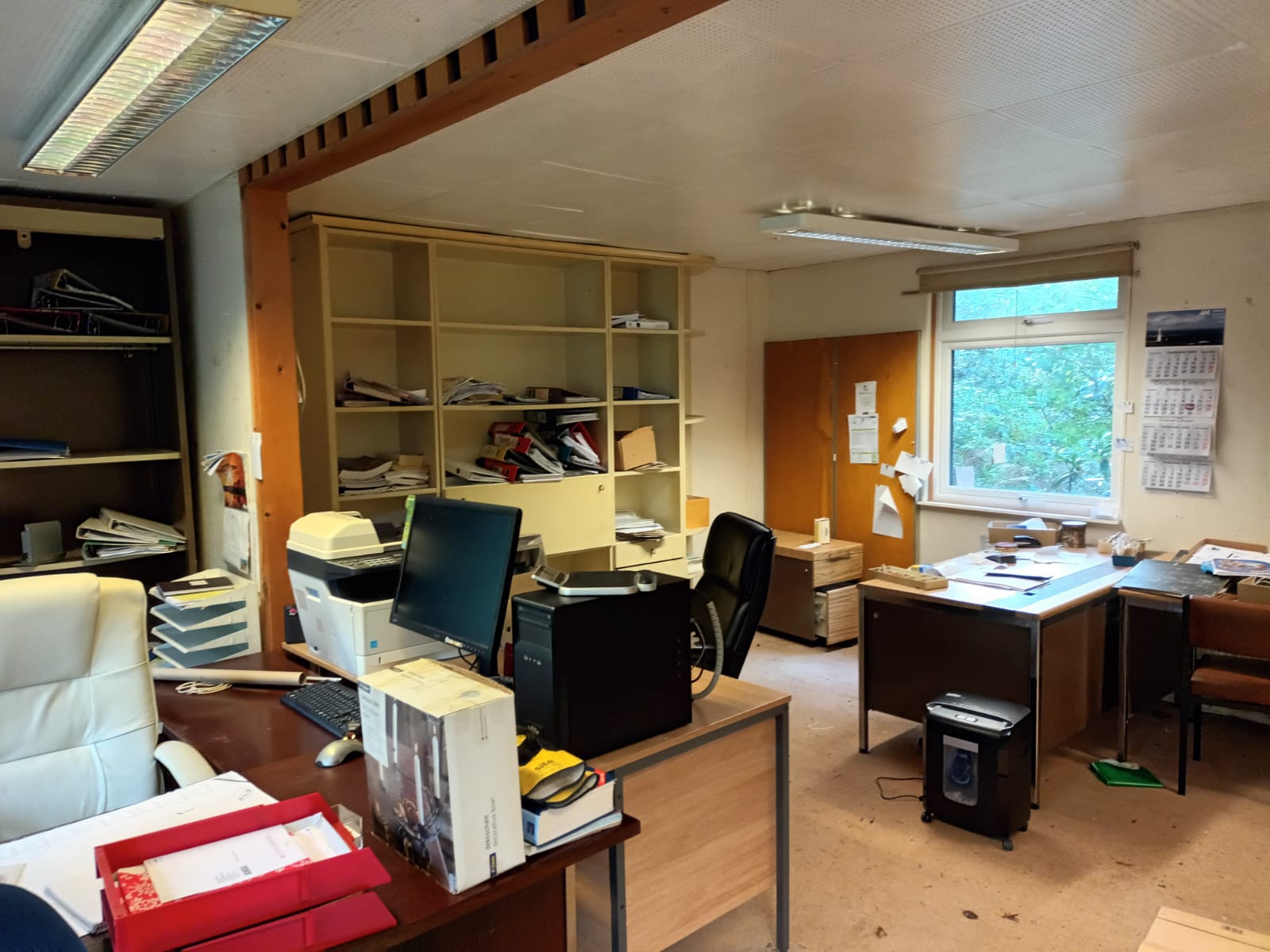 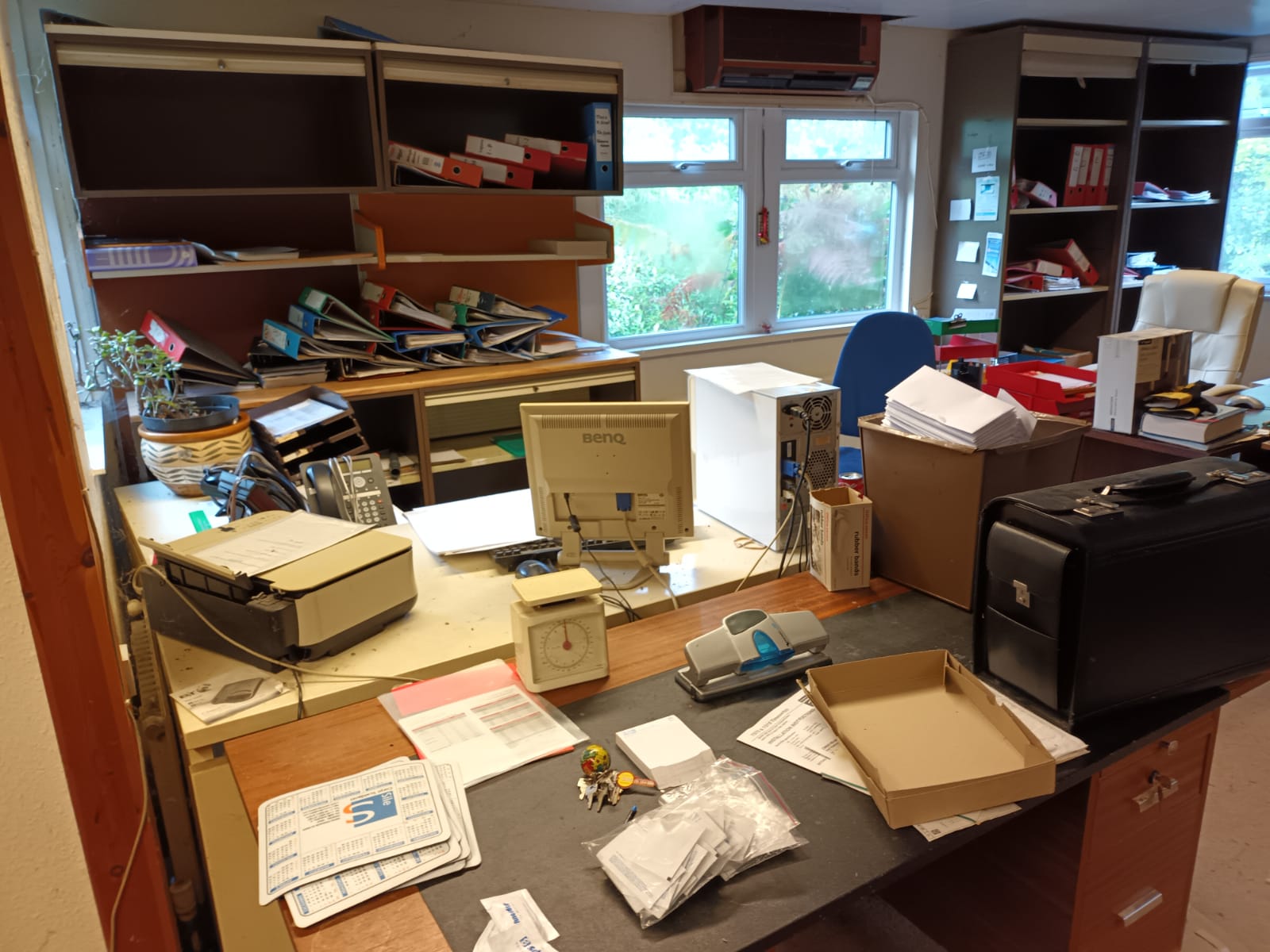 So this week I have been clearing the ground to see what condition the building is really in...the front entrance is OK but water damage and rot has set in around the base. 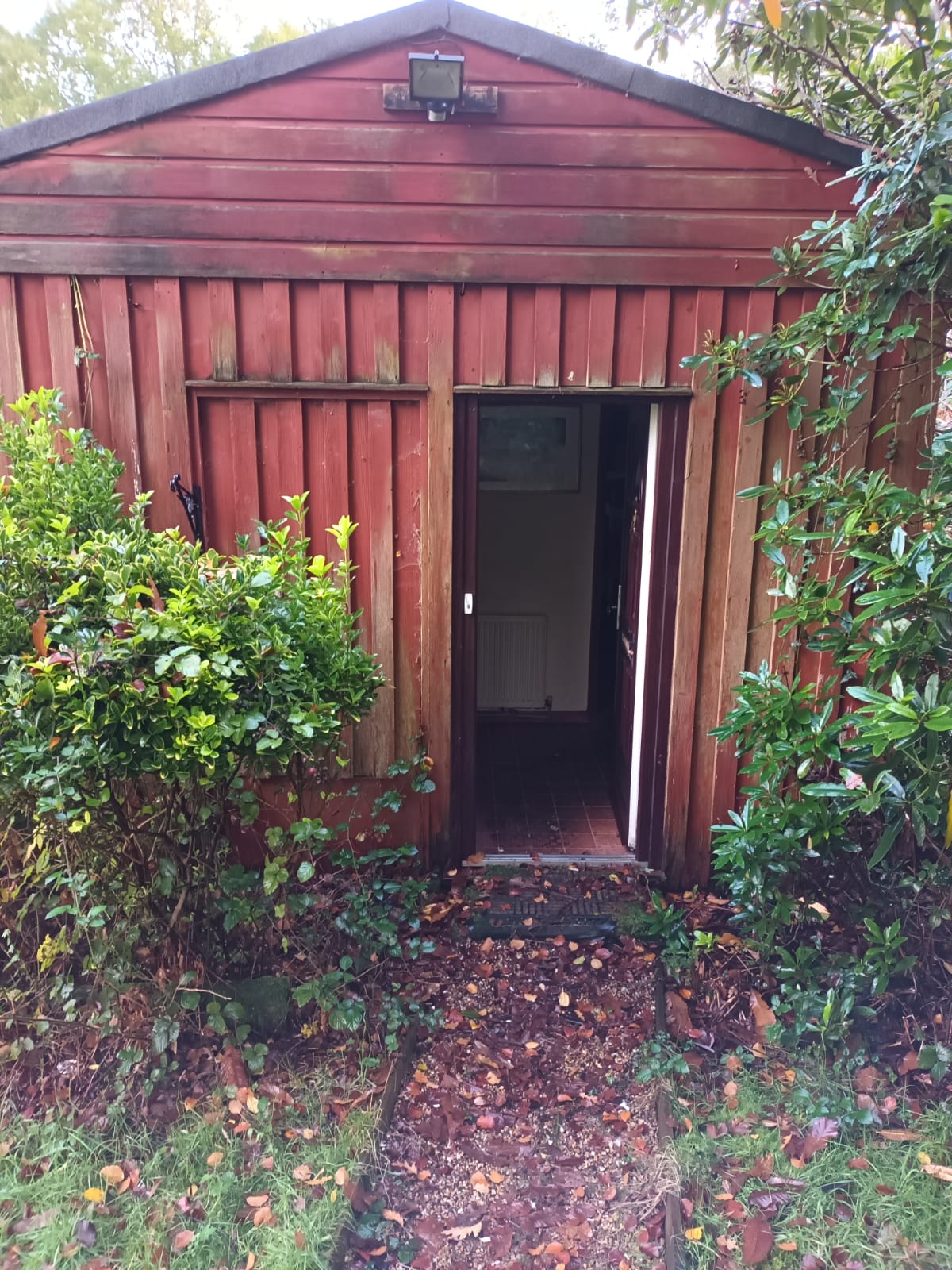 Clearing the ground has helped inspection 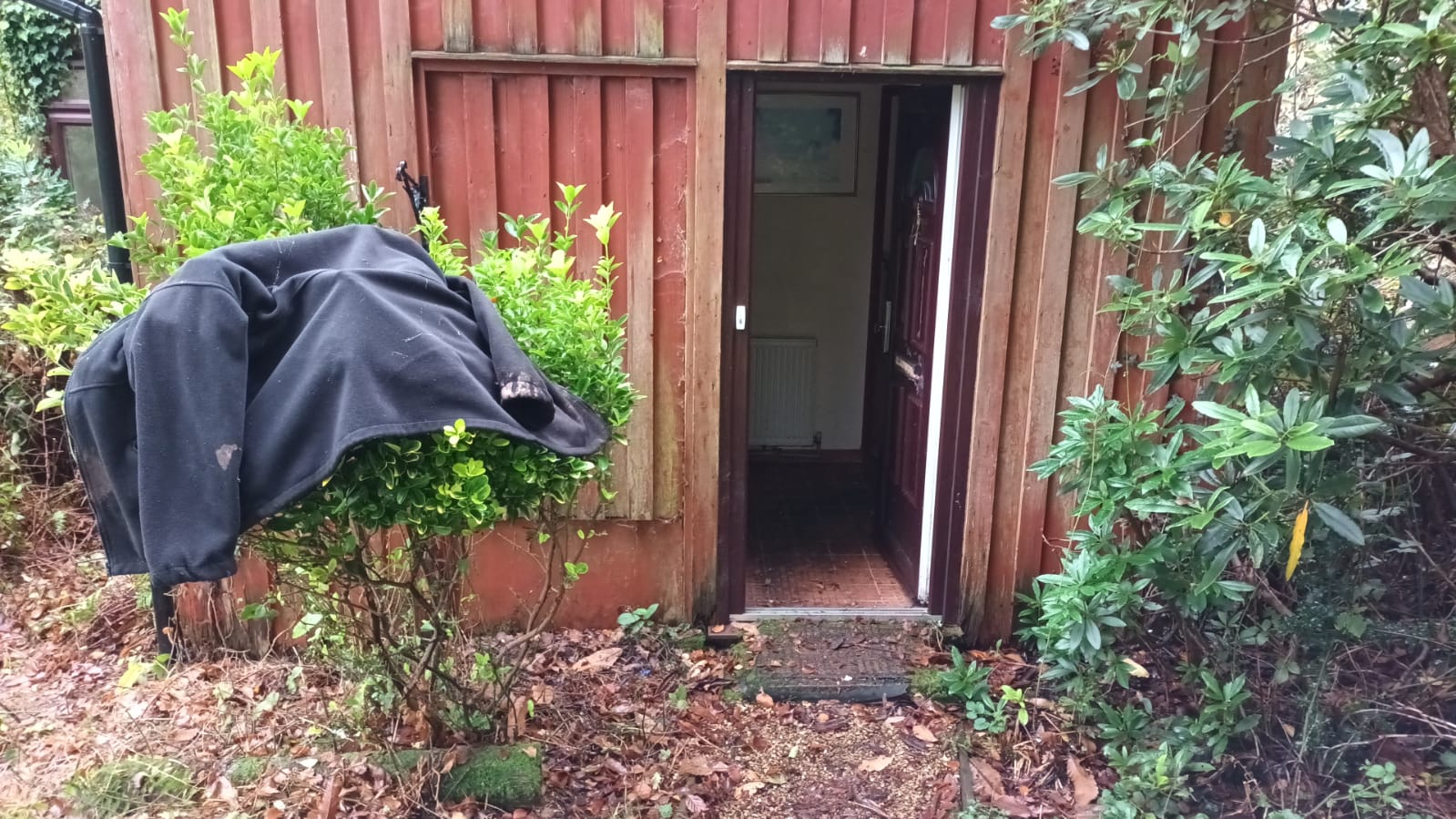 The building has been built on a slope and it was only when clearing the overgrowth did I realise how high the base had been built...before below 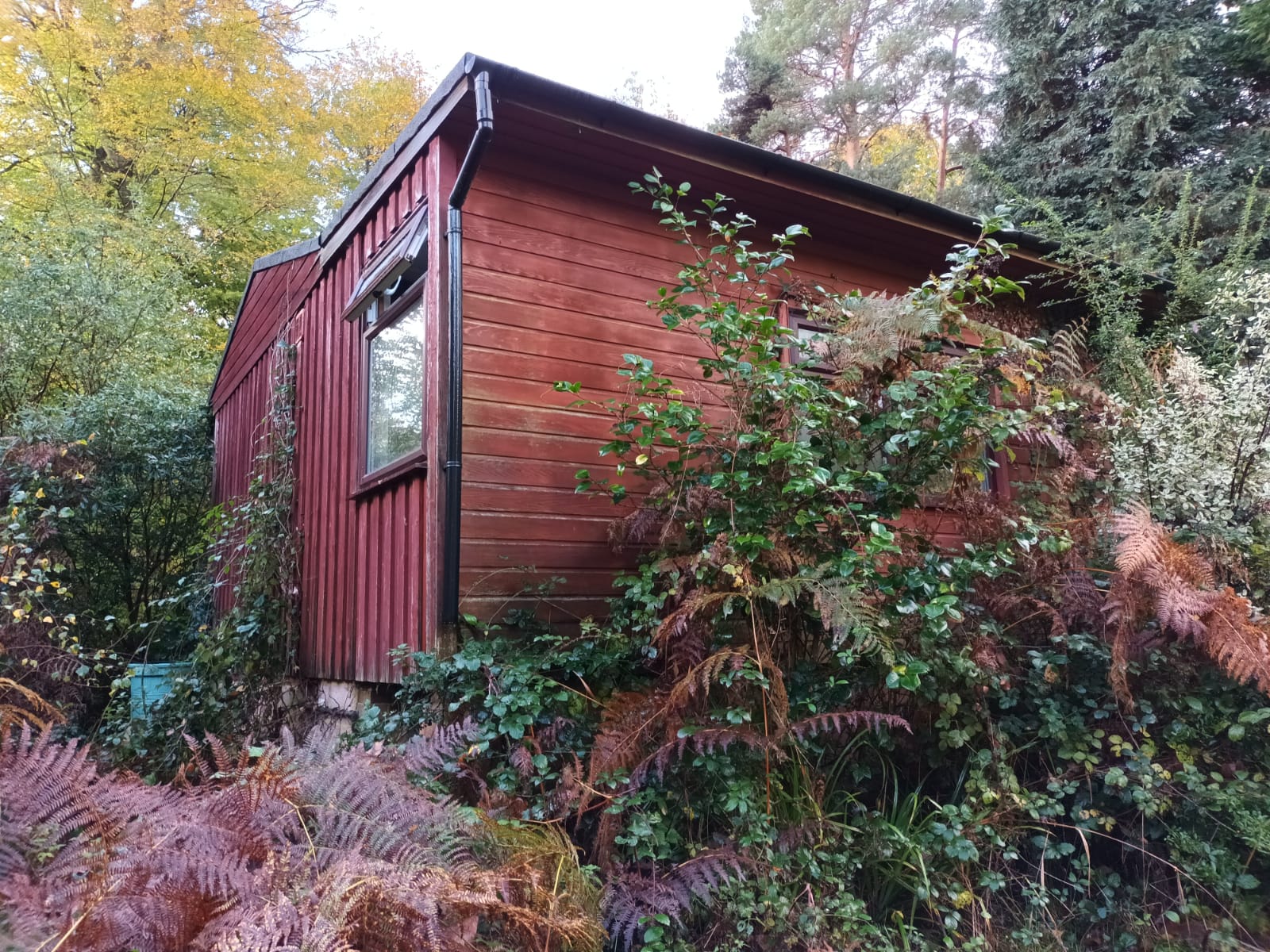 After clearing the ground 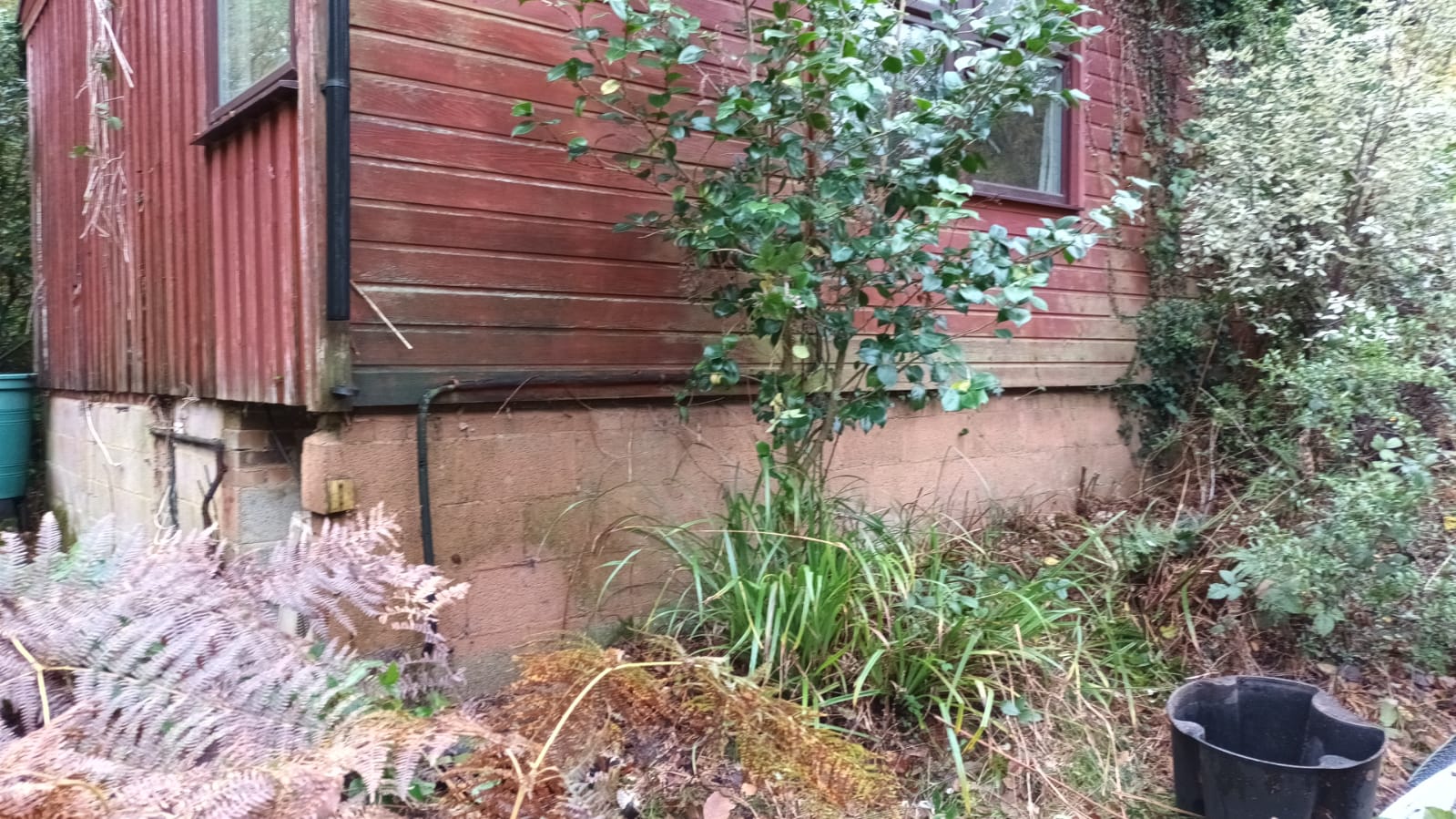 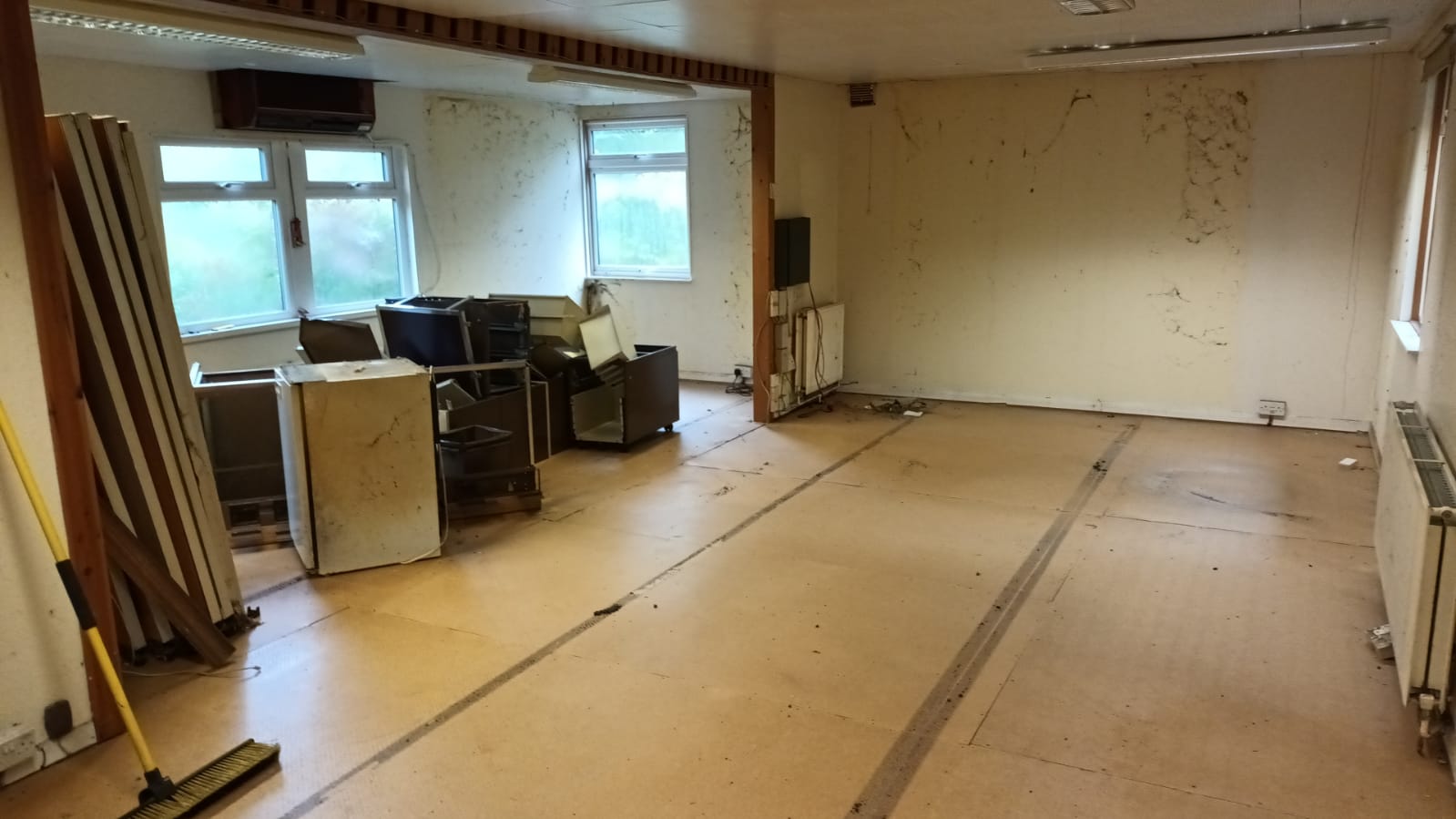 The interior is actually pretty good - needs a massive clean, a lick of paint and a new floor. 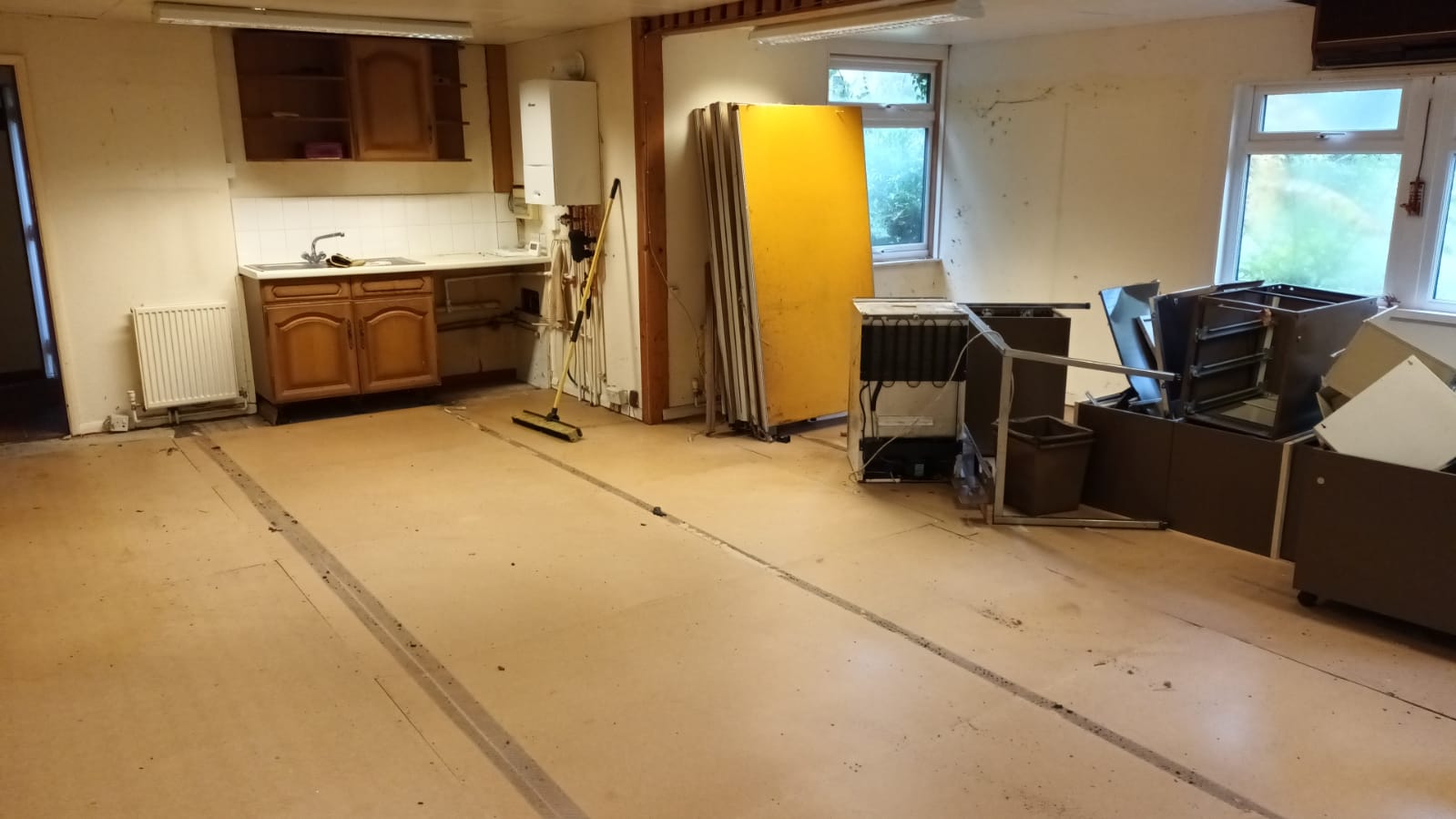 Part 2 can be found HERE