Following the Battle of Wakefield fought last week plans were put in place to recreate the next in the series the Battle of Mortimer's Cross.

Fortunately I used the time in lockdown to get ahead of myself to prep all the orders of battle, cards and special rules for all the battles up to Towton. As per previous posts in this series the first post focusses on the game set up with a second post reviewing how our battle played. (if you missed Wakefield the battle etc is HERE).

Some of the more observant amongst you might be aware that we fought Towton on Saturday. This was an all day game featuring over 1500 figures. I have decided that I'll hold fire on the report of this game for three reasons - one I want to do the report justice, two it will work better if the games are published in sequence and thirdly I might have the opportunity to get it published in one of the magazines.

The Battle of Mortimer’s Cross was fought on the 2nd February 1461 between the Yorkist forces of Edward Earl of March and the Lancastrian forces commanded by Jasper Tudor, Earl of Salisbury. The local welsh Lancastrian forces were supported by both French mercenaries and troops from Ireland.

The battle was fought near Ludlow on the Welsh marches. It was here that Edward heard the news of his father’s death at Wakefield. One could expect that Edward was out for revenge. Once aware of the Lancastrian movement out of Wales Edward marched his forces southwest of Ludlow to Mortimer’s Cross.

As dawn broke on that cold February morning the massing armies were horrified to see not one sun rising but three. What these supersticious medieval soldiers did not realise was that the combination of cold, and localised characteristics in the air was producing the phenomonen called a parhelion. 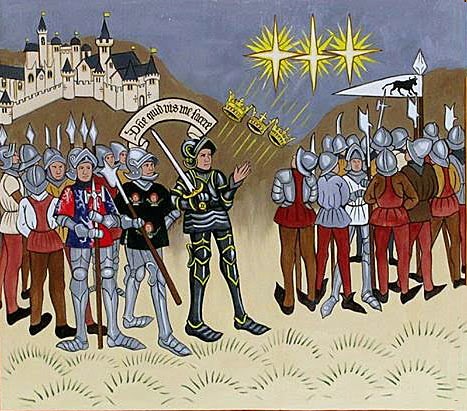 Seeing the panic spreading through his army the Earl of March announced to his troops that it was a representation of the Holy Trinity and that victory could be assured. This quick witted response filled the Yorkists with vigour for the coming battle.

According to my internet searches it would appear that Edward set out his army to the south of the main road across a plain stretching between the river Lugg and a bank that ran parallel to the watercourse. His left flank was protected by the river. Edward then positioned Archers in the woods to the right of his army in ambush and further right may well have been hidden a unit of cavalry. 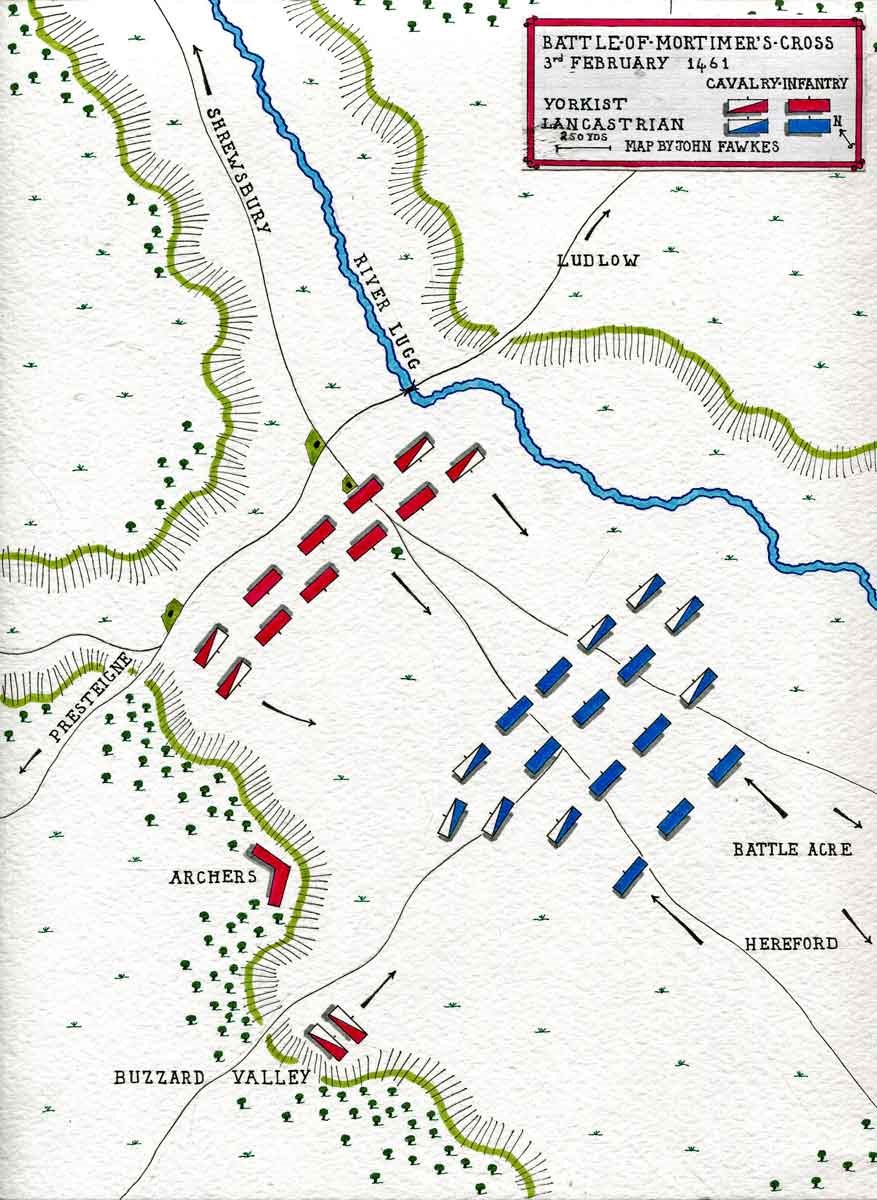 Their command cards should excluded from the deck until such time that the Yorkists wish to spring their ambush. 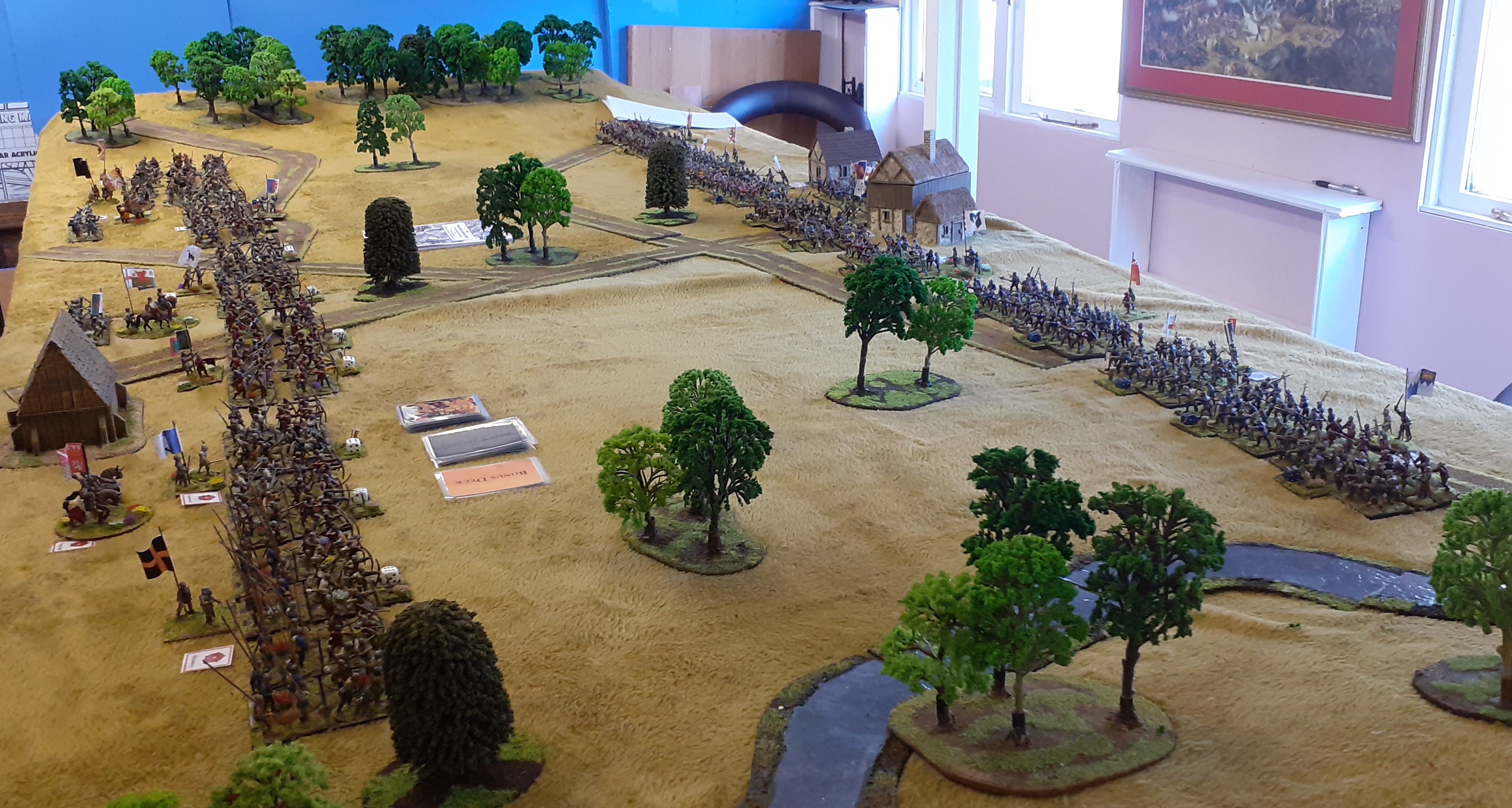 The Left flank of the Lancastrian army is made up of their Irish mercenaries. Rather than these be simple units of Irish Kern I felt they needed to be more substantial units. As such I have introduced a new unit.

The Irish were known to be fierce fighters and as such may always  reroll ones in melee attacks. 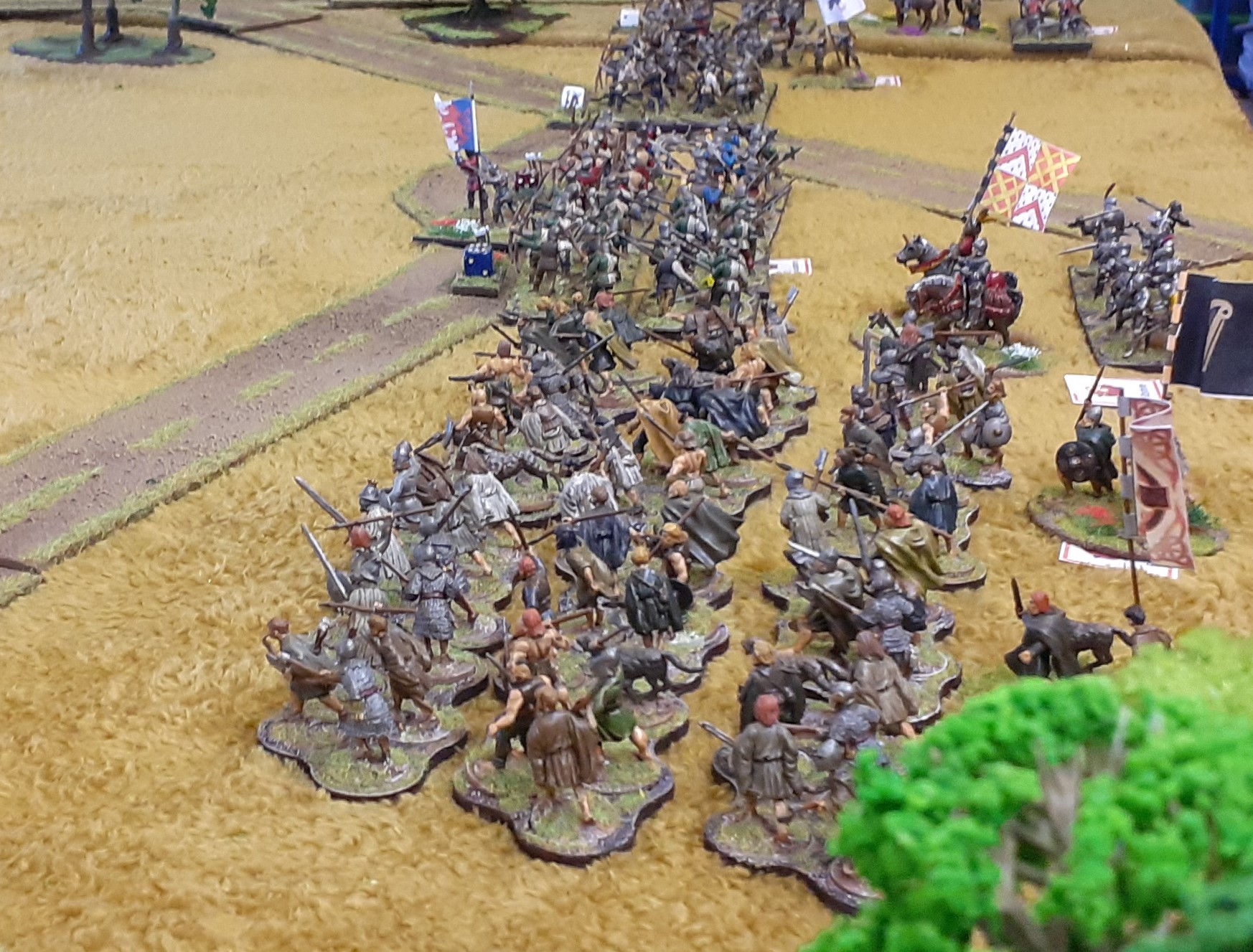 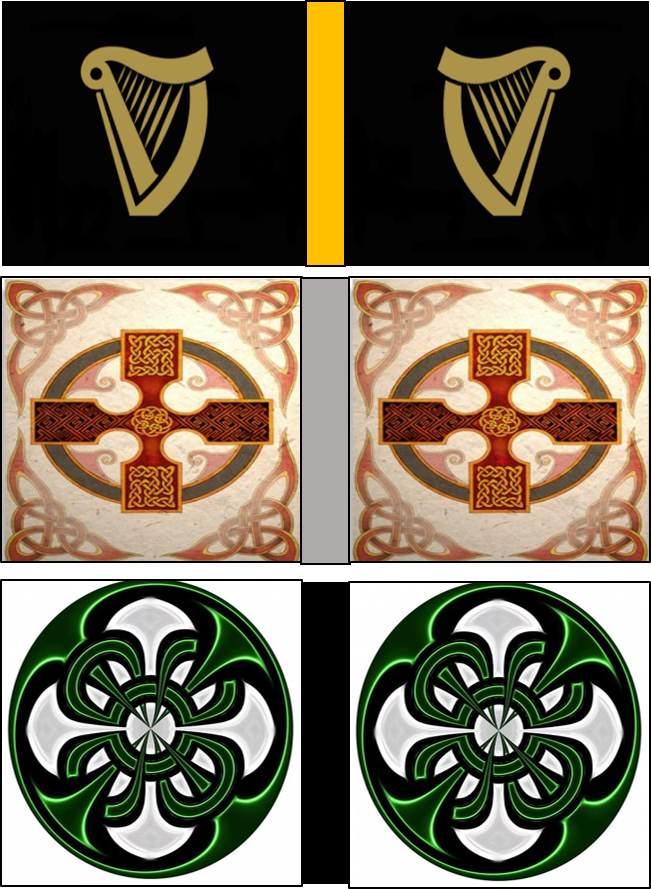 To reflect the positive impact of the Parhelion on the Yorkist side three cards marked with the Parhelion symbol are handed to the Yorkist player. At the start of any turn he may elect to add one or more of these cards into the deck. When drawn these cards permit any Yorkist unit to perform an additional action whether they have already performed one or not. Once the card has been used it is discarded. 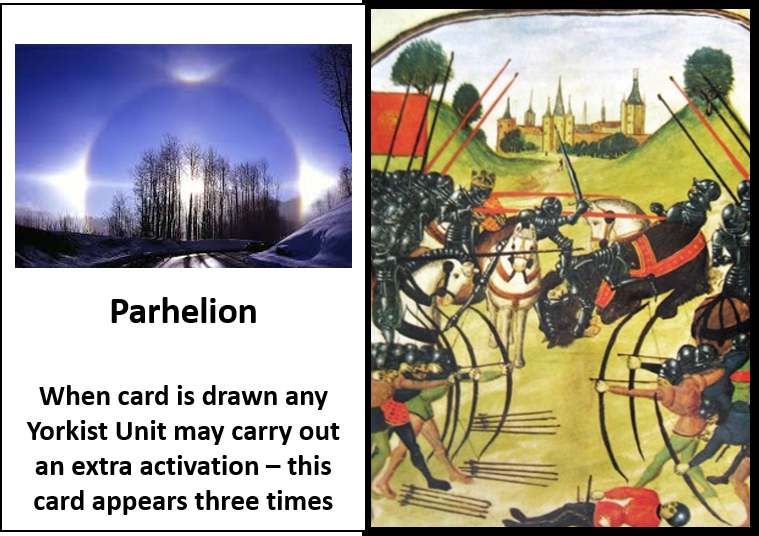 As a quick reminder I custom make all my cards for playing NMTBH with the various lord's shields on each card. The Cards are printed and then folded with a suitable back picture and then either laminated or dropped into a card sleeve. Separate little markers are used to identify commanders on the field.

example shot below from our Battle of Wakefield...you can see a

small card next to the commander

Estimates for Lancastrian forces vary from 6000 to 10000 men whereas Yorkists are believed to have had between 10000 to 15000 men. To make it an 'even' game the Lancastriand=s will be slightly outnumbered.

Both sides enjoy a figure ratio of around 1/30 and the points are almost 20% bigger for the Yorkists.