Onward Christian Soldiers - a return to my crusader army

Back in 2014/15 I purchased, built and painted both Crusader and Saracen armies. The core of these armies were boxes of Fireforge and Gripping beast. At the time I based all the figures individually and although I was using army painter dip I was not matt varnishing the finished article. As a result I had two armies that looked very glossy, impractical to play with and generally unloved. I decided that at the beginning of this year that I would rectify this.

A complete rebase, re-varnish and additions to the forces would be required. 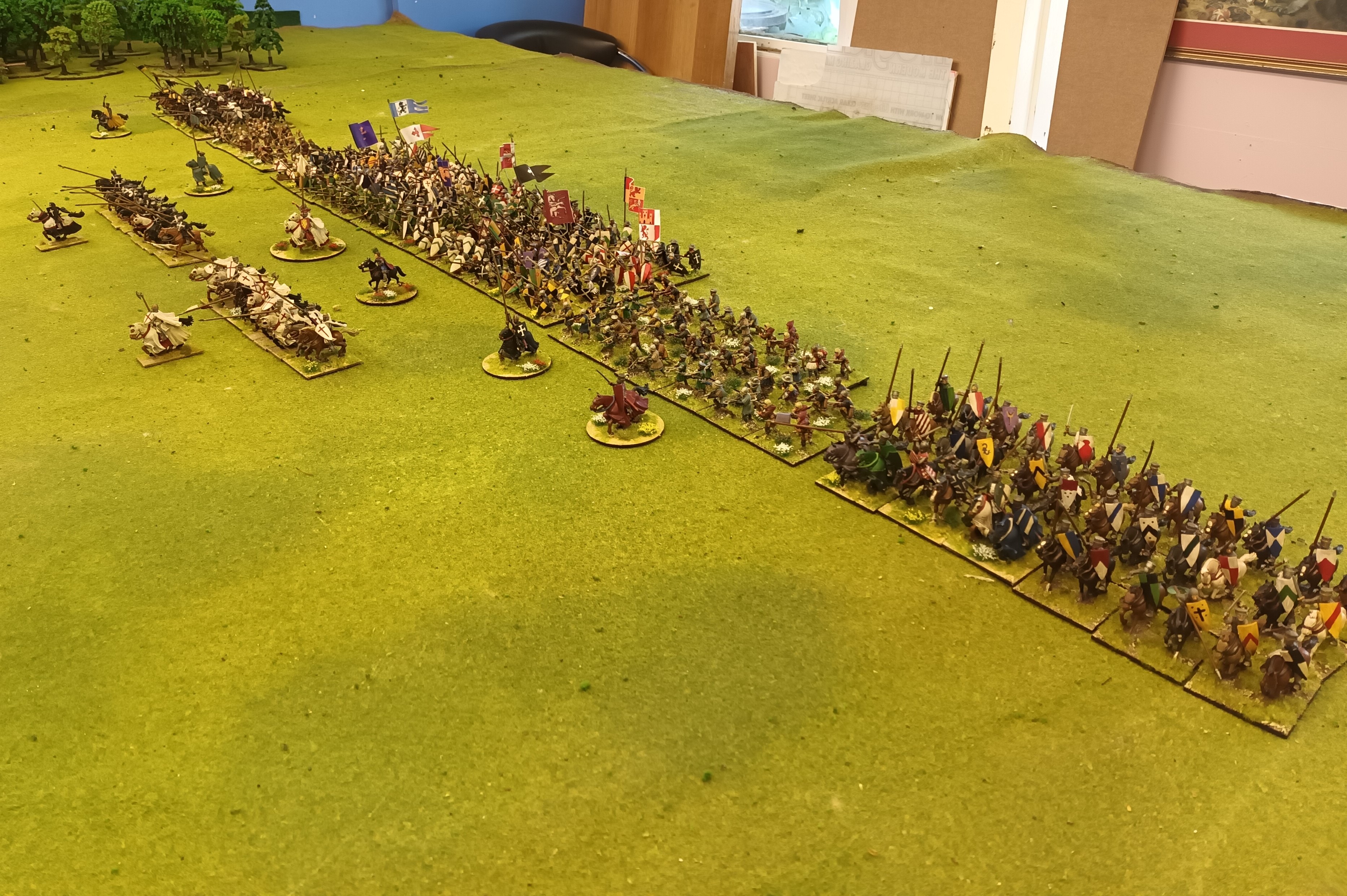 The last two months has seen me focus on the Crusader forces and I am delighted that for the moment this part of the project is finished. (until I add more !!)

6 x Leaders on round bases

Most of the mounted knights are from Conquest - they work quite well with the Fireforge mounted figures.

I have mounted the Crossbows three to a base

The standards are all imagers taken from the internet and just need some tidying up. 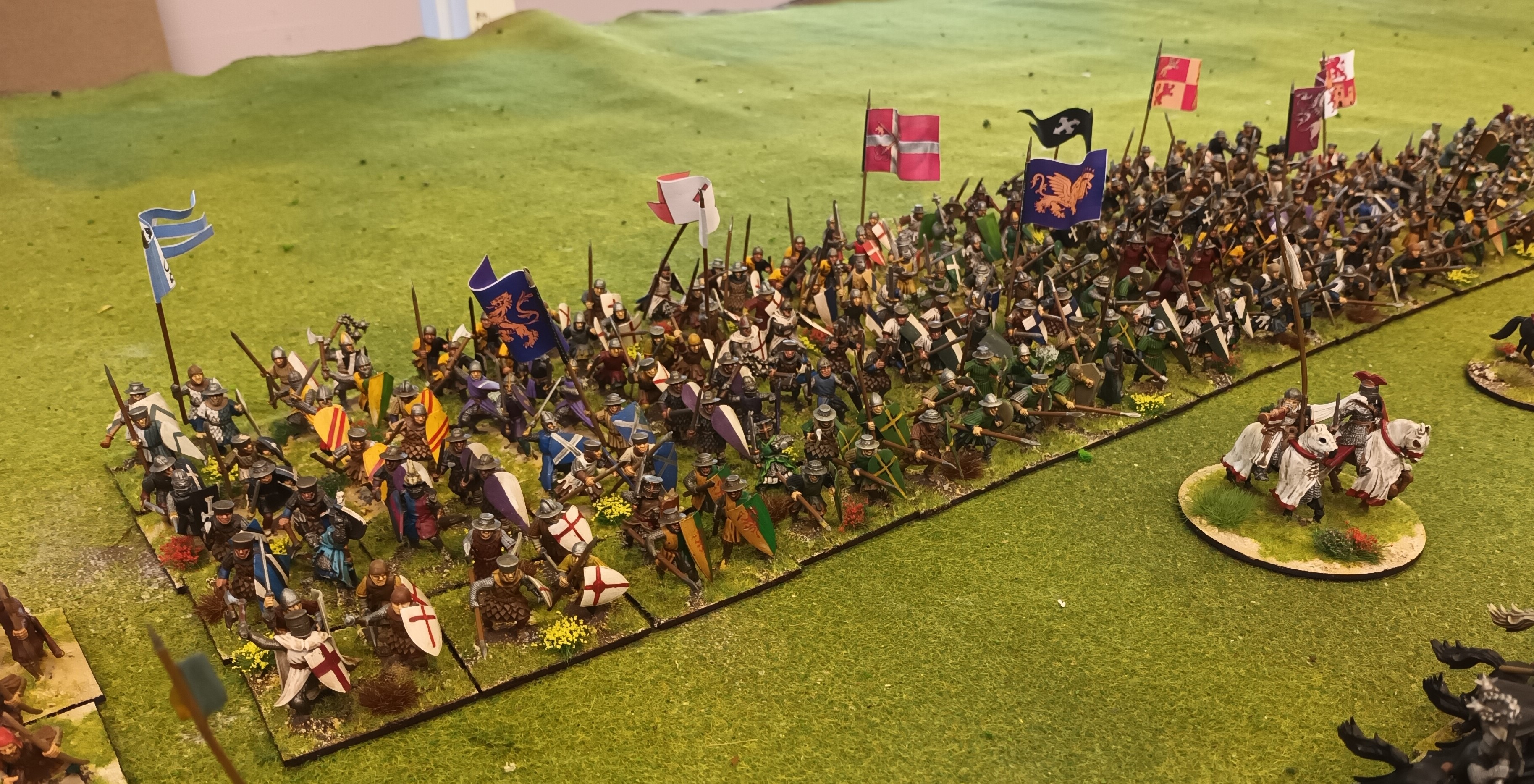 The Foot soldiers are all Fireforge - I have mixed up the standard soldiers with dismounted knights. Each base has four figures, with each base carrying the same hand painted shield design to denote retinues. 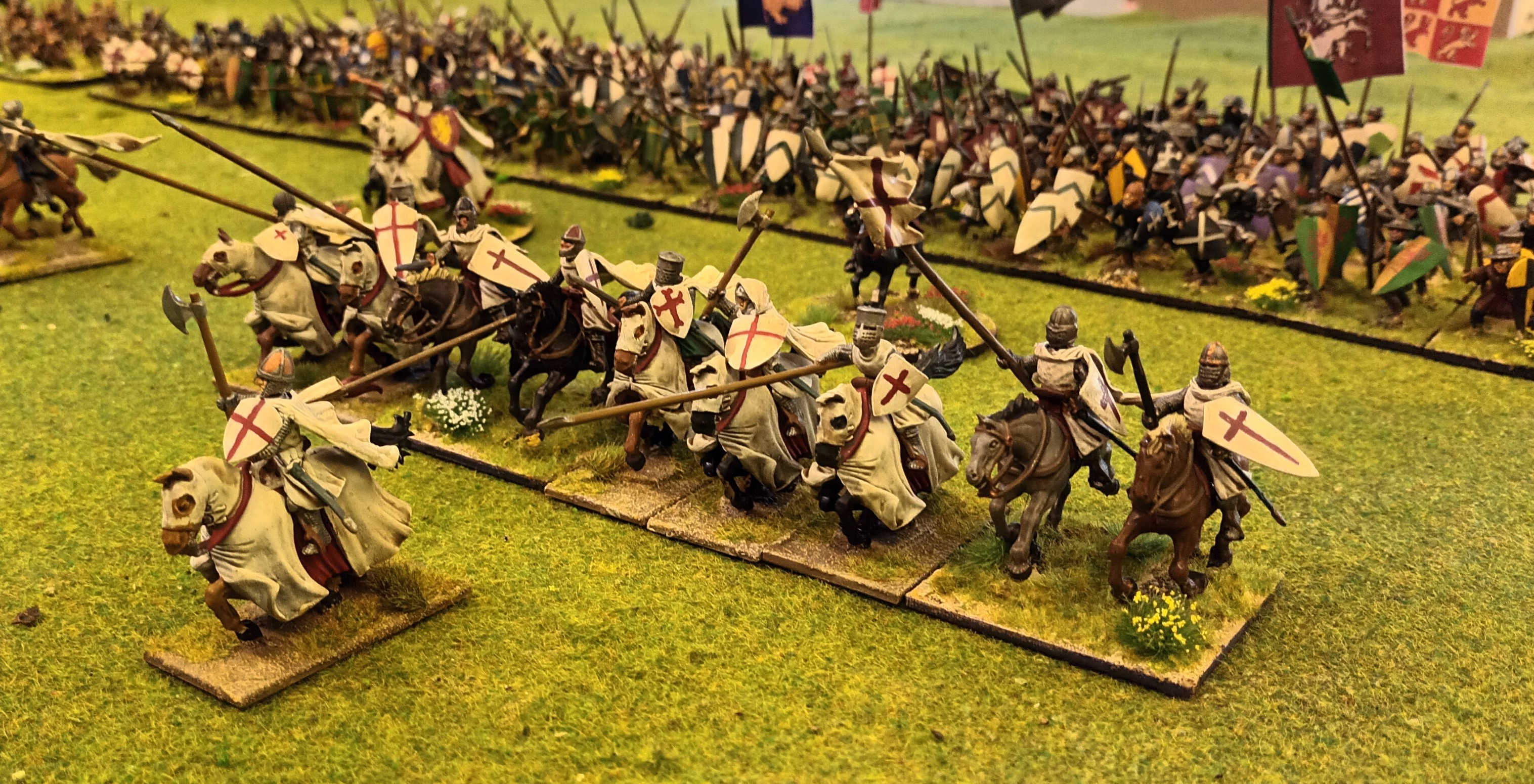 The Knights Templar and Knights Hospitaller  are all Fireforge 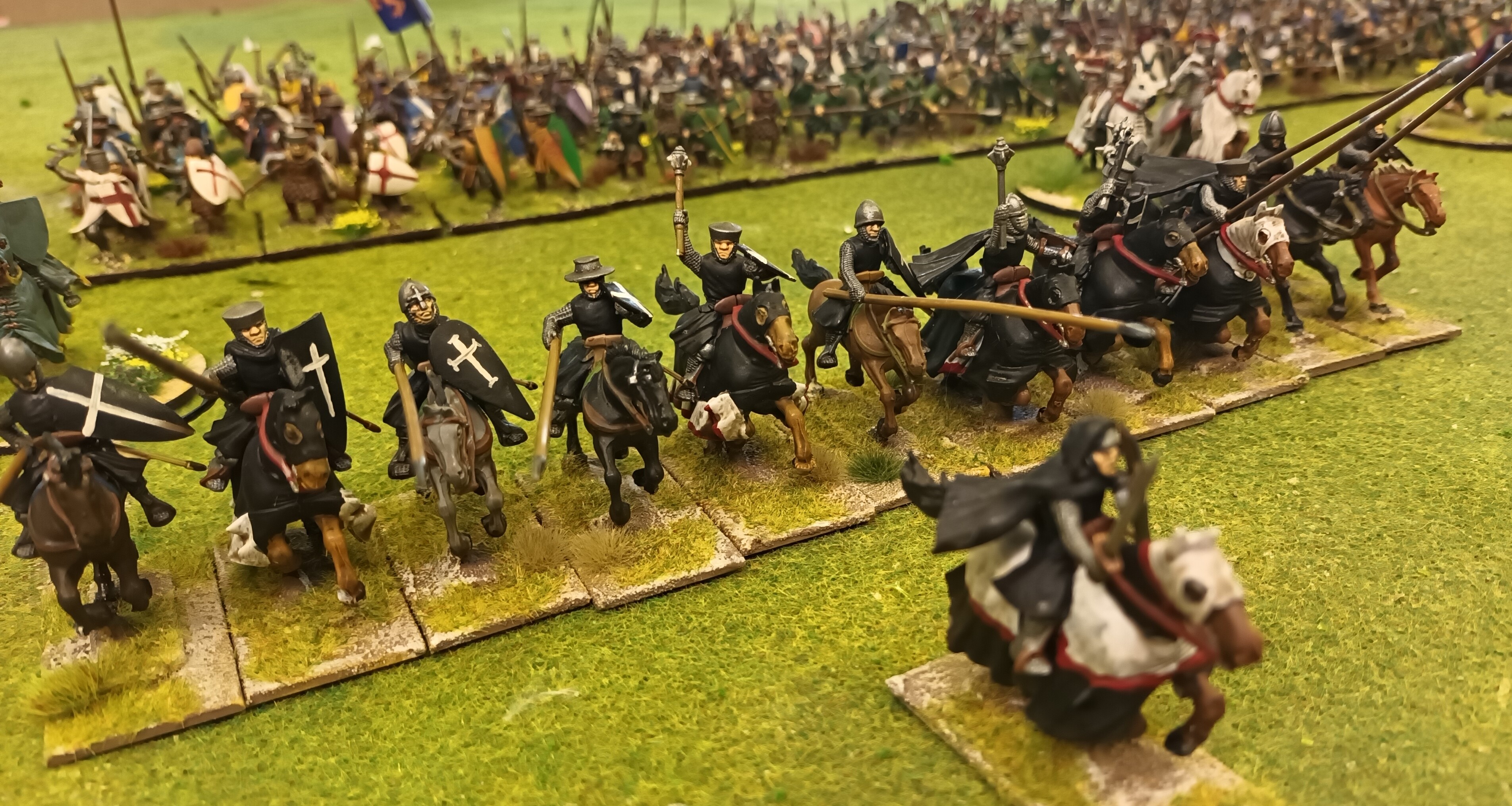 The mounted Sargeants are all Fireforge 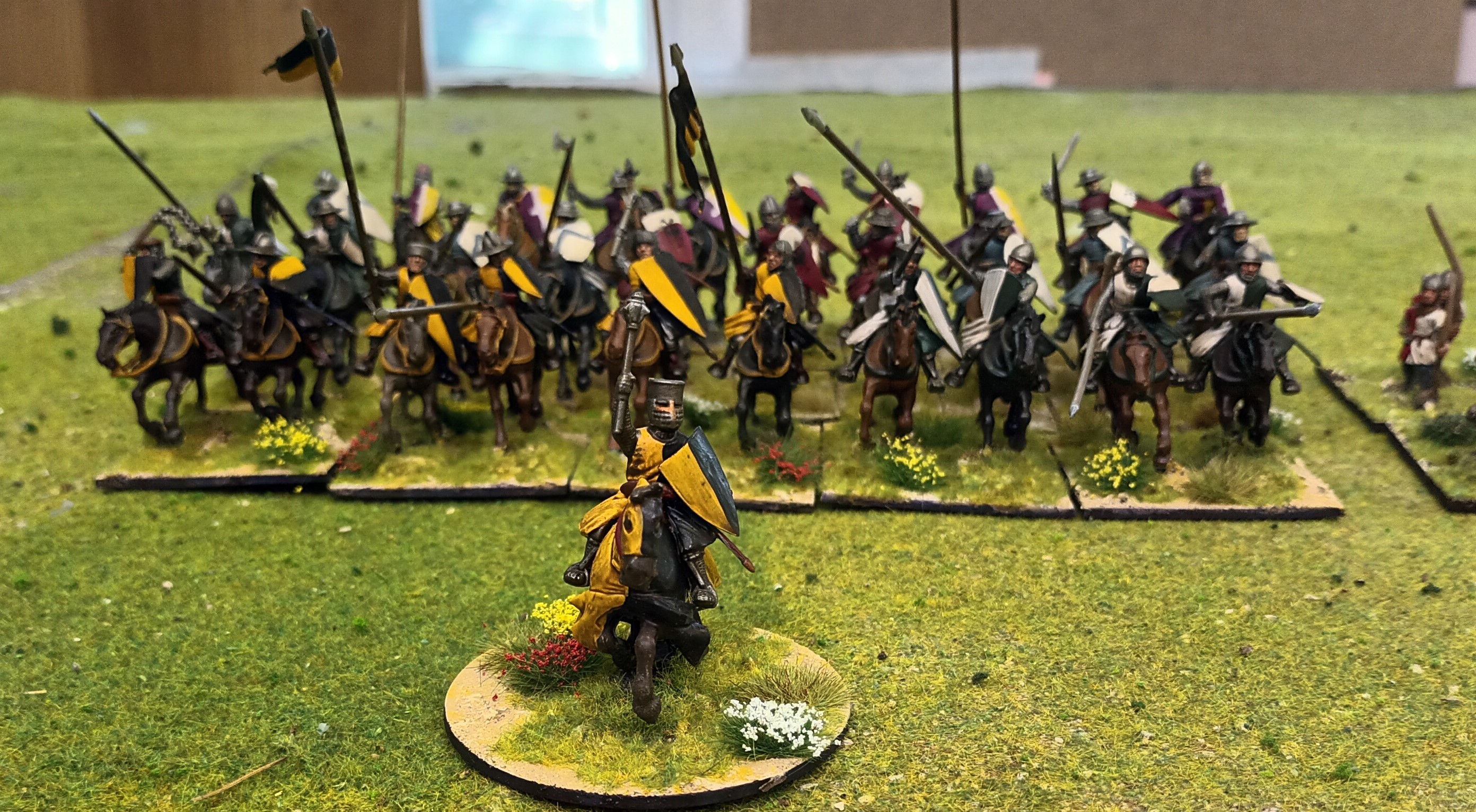 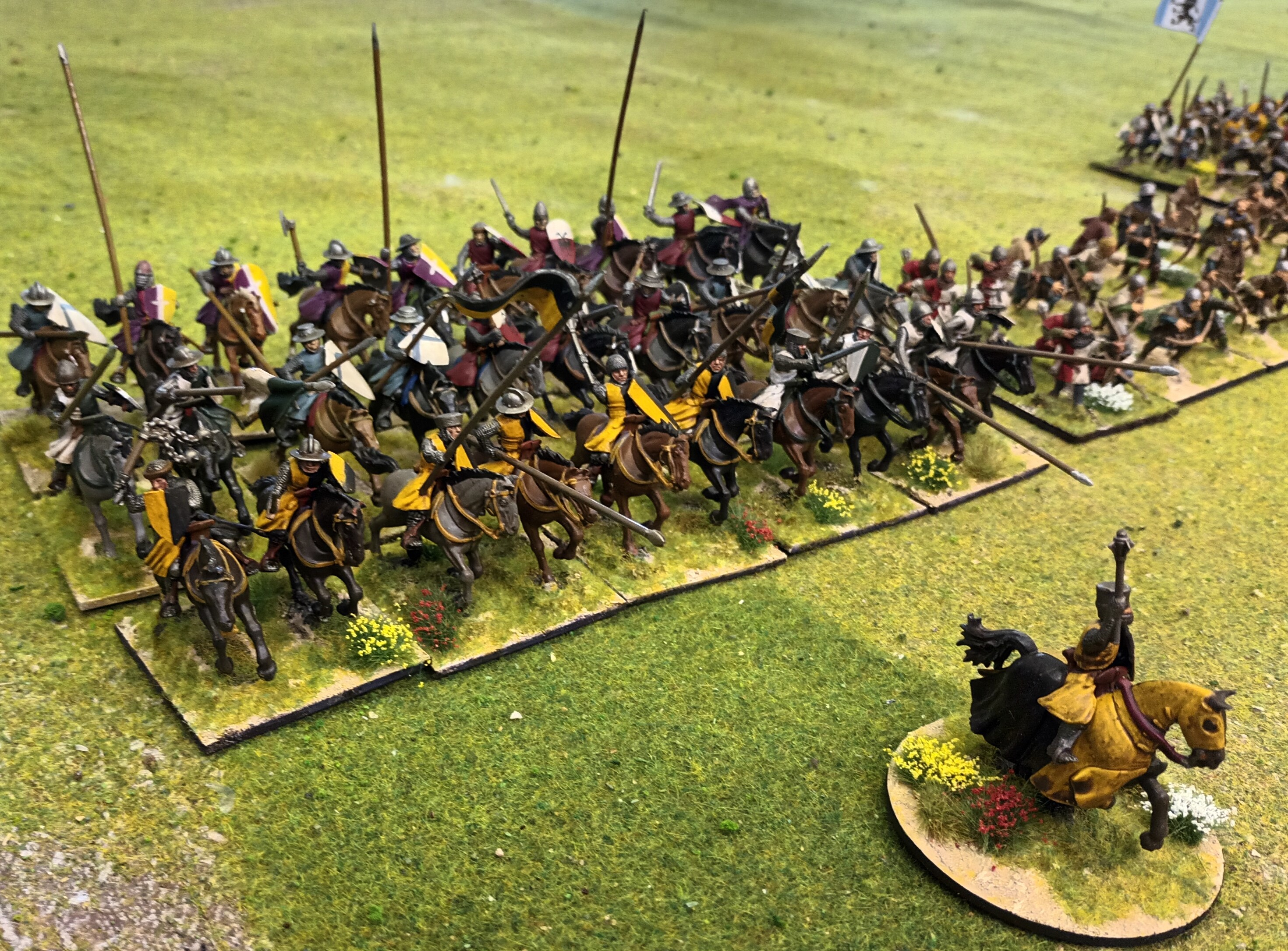 The frontage of the army extends to about 2 metres 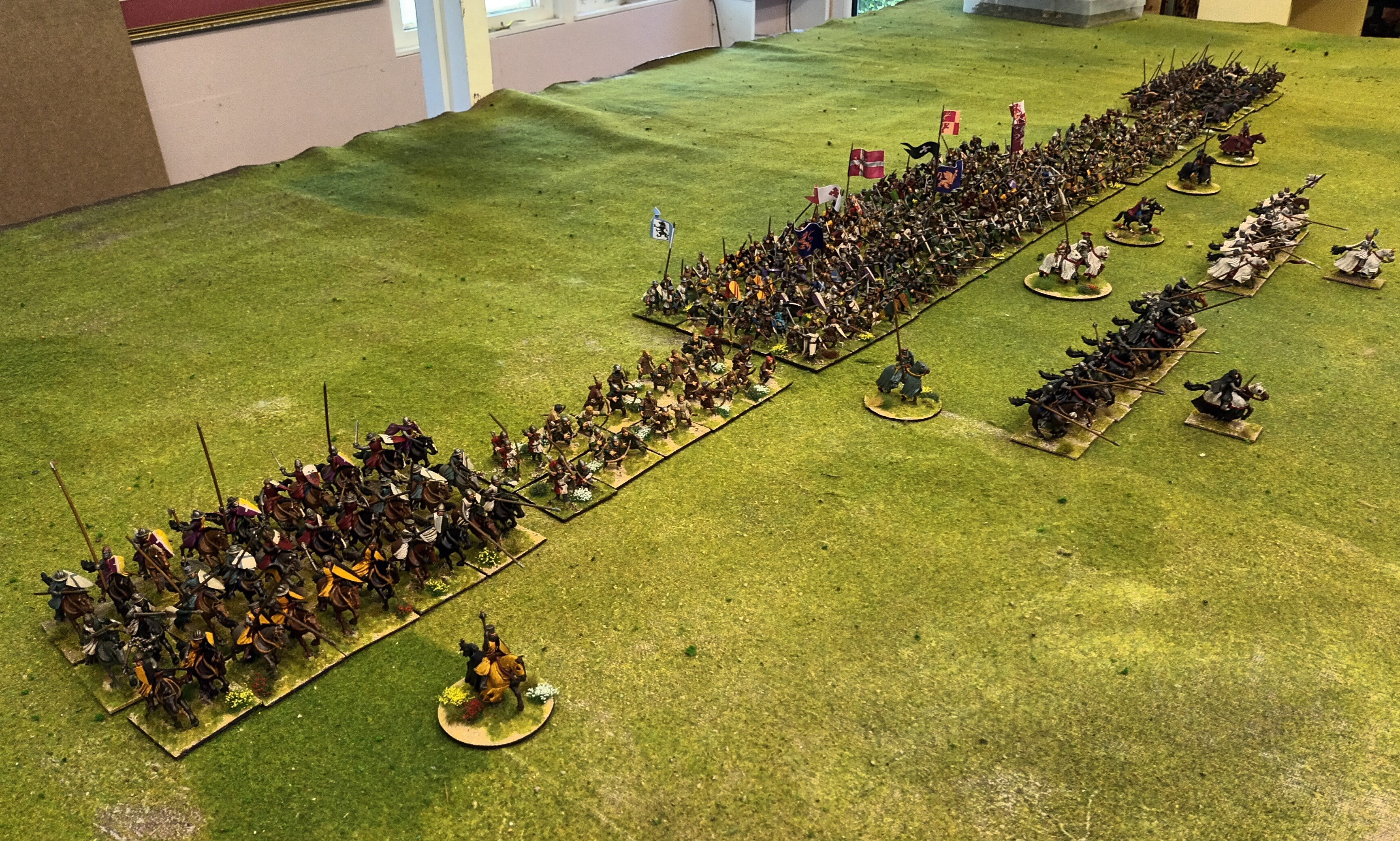 Better start on the Saracens next...

Email ThisBlogThis!Share to TwitterShare to FacebookShare to Pinterest
Labels: Crusades