Occasionally I visit and participate in games at the Imber Court Wargames Club (near Hampton Court).

A couple of weeks ago they hosted an all day event featuring the Battle of Gettysburg. The following report was written by one of the players.

The club is very friendly, has a massive conference room to play in at Imber Court (a social and sports club) at a very competitive rate of hire. The club typically convenes every Sunday afternoon.

They are always on the lookout for new players and to support this club I said I could post about it on the blog. If you live in or around South West London and are looking for wargaming on a social level then this group might be just for you. Their interests are wide ranging and cover most periods. They also have a group's collection of stunning terrain stored on site.

For more information please contact John the club's treasurer at

Who knows maybe I'll meet you there one day?

The Battle of Gettysburg (written by John, photos courtesy of Imber Court Wargaming)

Last Sunday 7th November eight members of the Imber Court games club recreated the 2nd day of the Battle of Gettysburg with over 1600 15mm figures. The terrain covered the area surrounding Gettysburg itself through to Round Top and was based on the excellent map found in the original Fire and Fury game.

The forces were based on the order of battle in Fire and Fury but as we were playing with the Black Powder supplement  Glory Hallelujah the Brigades were amended slightly to provide large, average and small sized units.

We adjusted troop quality to be set at Crack, Veteran and Green, again based on F&F with additional rules created specifically for the scenario. These rules simplified some of the supplements additional rules regarding charging, passage of lines and morale in the face of the enemy. 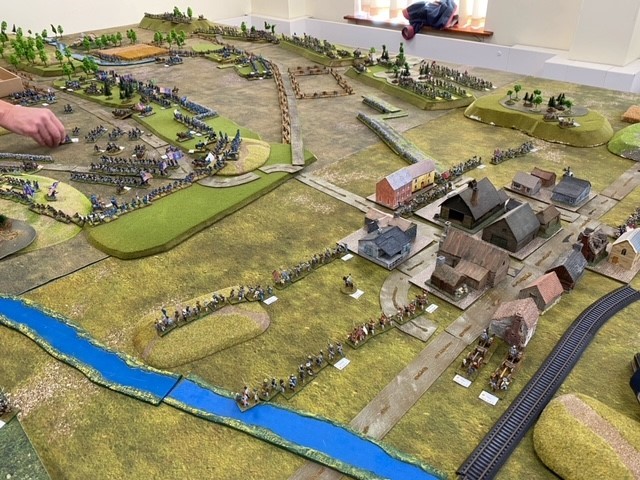 1.    The table is set. The blue rivers are actually dry creeks. The figures were from the collection of three members. We could have fielded more as numerous members have figures for this conflict. 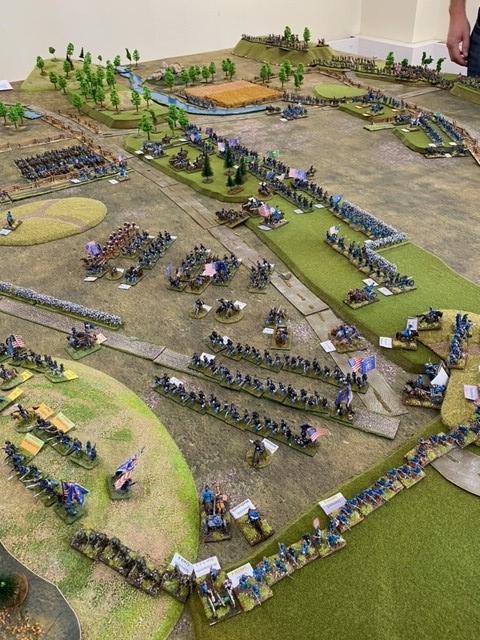 1.      The Union deployment at 13.00 on 30th June 1863 with the bloody angle on Cemetery ridge and with the reserves on the Baltimore Pike. The large Union artillery reserve can be seen in the field V Corps rush towards Round Tops. The Union III Corps are forward of the main line around the Wheatfield. They put up a good fight but were soon overwhelmed by Longstreet’s powerful Corp. 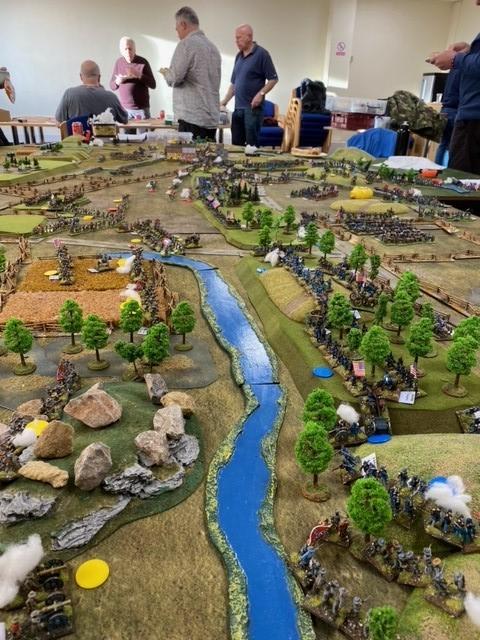 1.      The Confederates assaulted both the Round Tops but were repulsed in their frontal attack on Little Round Top by Barnes and Crawford. Hard fighting here saw Hood almost succeed in taking the hills that would have opened the Union rear area to enfilade fire. 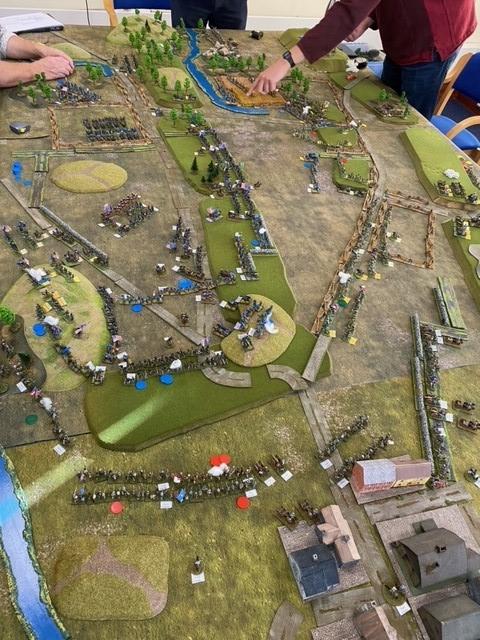