Since I left you last I have been steadily building and painting my Imperial Roman Legion. The good news is that several units are now beginning to take shape and a big push over the next couple of months should see the bulk of this army completed.

As a reminder my legion will consist of the following

10 cohorts of heavy armoured Imperial Roman infantry. With Warlord figures readily available at a cheap price on eBay these have been my go to range. For the best discounts check out the big army boxes. There will be some of you out there that will wax lyrical about the Victrix models and I can testify that they are beautiful but when building these big armies sometimes quality has to be sacrificed for cost.

Each cohort will consist of 20 figures with four to a base. The bases (warbases) are 5cm x 5cm giving the overall frontage of each unit 25cm. This is consistent with the basing used for the Britons. I understand from some simple research that the first cohort was numerically twice the size of the others so it will be double ranked with 10 stands (same facing). This means I need a total of 220 legionaries…..and guess what, the good news from the Shed is that aside from command, standards and musicians they are all painted.

I also discovered that a typical legion would have 60 scorpions (light artillery) so it seems entirely reasonable to put one scorpion with each cohort as a separate base. I have 8 warlord scorpions available and two from black tree. These are yet to be assembled etc.

Three units of Imperial Roman Cavalry (these are sourced from Victrix). Each pack delivers sixteen horse and riders and with my units 10 figures strong I can field the three units and have two riders spare for command stands. The figures have all been assembled and painted. Just waiting on their horses.

Five units of Auxiliary infantry  (Warlord Plastics) – to cater for the lack of command stands I will press into service some spares I have from the standard legionary boxes. These are all now painted and dipped. Just need to be based and shields added 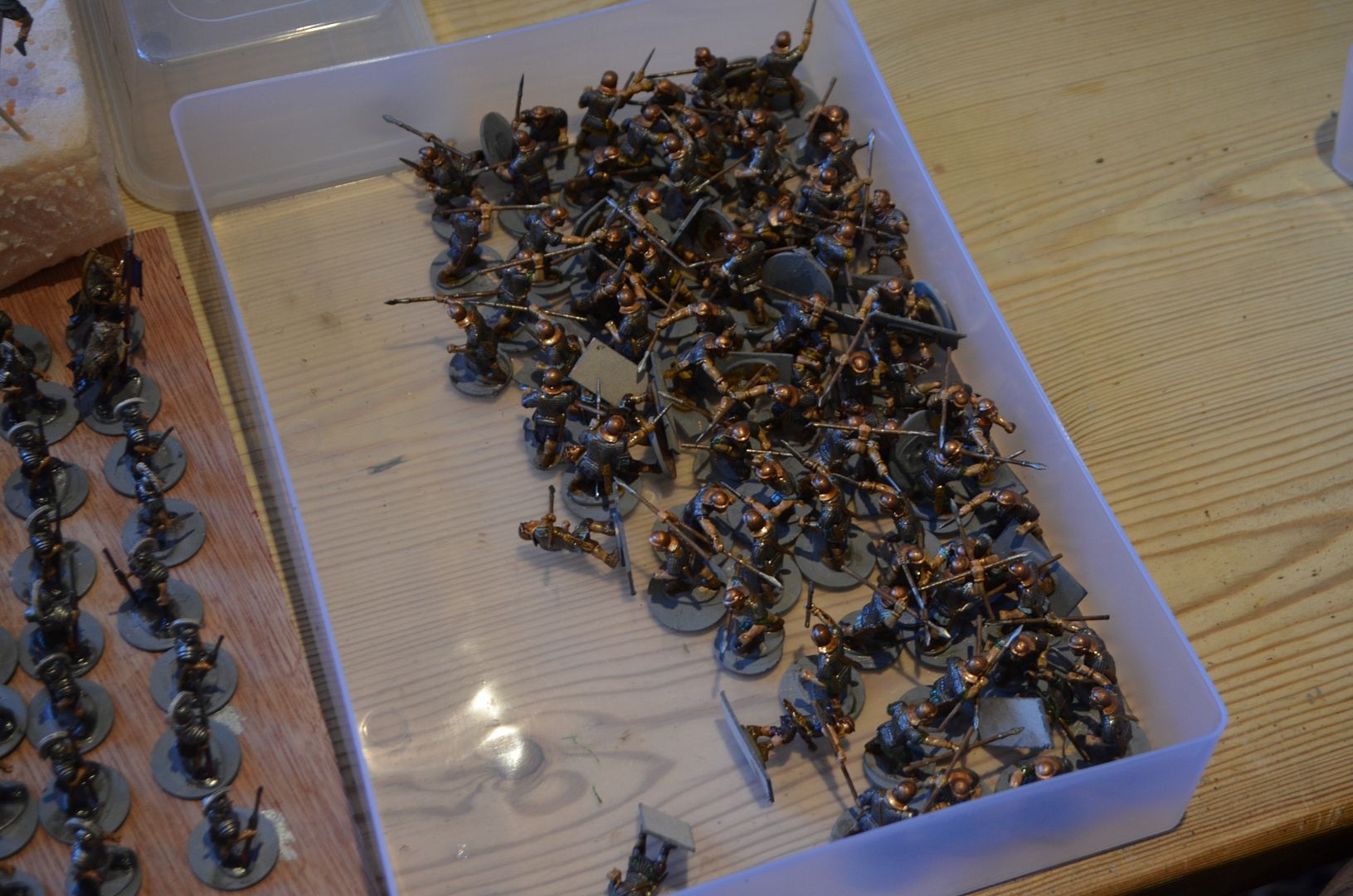 Three units of archers, these are mix of warlord and black tree metals. There will be two western style and one eastern style unit. No progress on these yet

One unit of Praetorians (warlord) – a large cohort (40 figures/10 bases) has been assembled and primed. I appreciate the Praetorians rarely saw campaign action but they look nice and pretty. Status – assembled and painted - to be based and shields added

One unit of Marines (warlord) – this is a standard unit of 20 warlord legionnaires that will be given blue tunics and the spare hexagonal shield that came with the Roman cavalry. Status - assembled and Primed.