The Shed re-opens - Battle of the Three Bridges

On Monday night the Shed re-opened its doors to my local friends to take part in a simple Black Powder Peninsular wargame. The game played so well it was re-fought on Tuesday afternoon with a couple of mates who I hadn't properly seen for the best part of five years.

In summary the French forces in Spain are trying to force their way into Portugal and have caught the allied forces of Britain and Portugal by surprise.

The large French force (10 infantry brigades and two cavalry brigades) have orders to seize two of the three bridges crossing the small river near the village of El Shedo. The Allies have limited resources two British Infantry brigades (4 battalions) and a larger Portuguese brigade (3 battalions). The Allies have three regiments of cavalry and very few artillery pieces. The French outnumber the allies by about 40%.


The French would achieve a marginal victory if they captured one bridge and a full victory for two bridges. The game was limited to 10 turns.

As far as the river was concerned this was fordable buy both foot and horse troops but not to cannon. Aside from skirmish units, fording the river would disorder formed units on a 5 or 6 (d6).


In both games the French advanced steadily using their superior artillery numbers to weaken the Allied forces, and again in both games the bridges in the centre and far end were the focus of attack. The bridge near the village was seen to be the toughest nut to crack but in our second game the French successfully forced a crossing and with all the British line shaken they could not recover the position.

Both games went the full distance and at the midpoint the Allies were holding their own. Eventually the superior French numbers counted with the boys in blue achieving a minor victory on Monday night and a major victory Tuesday afternoon.

The following photos are from Tuesday afternoon 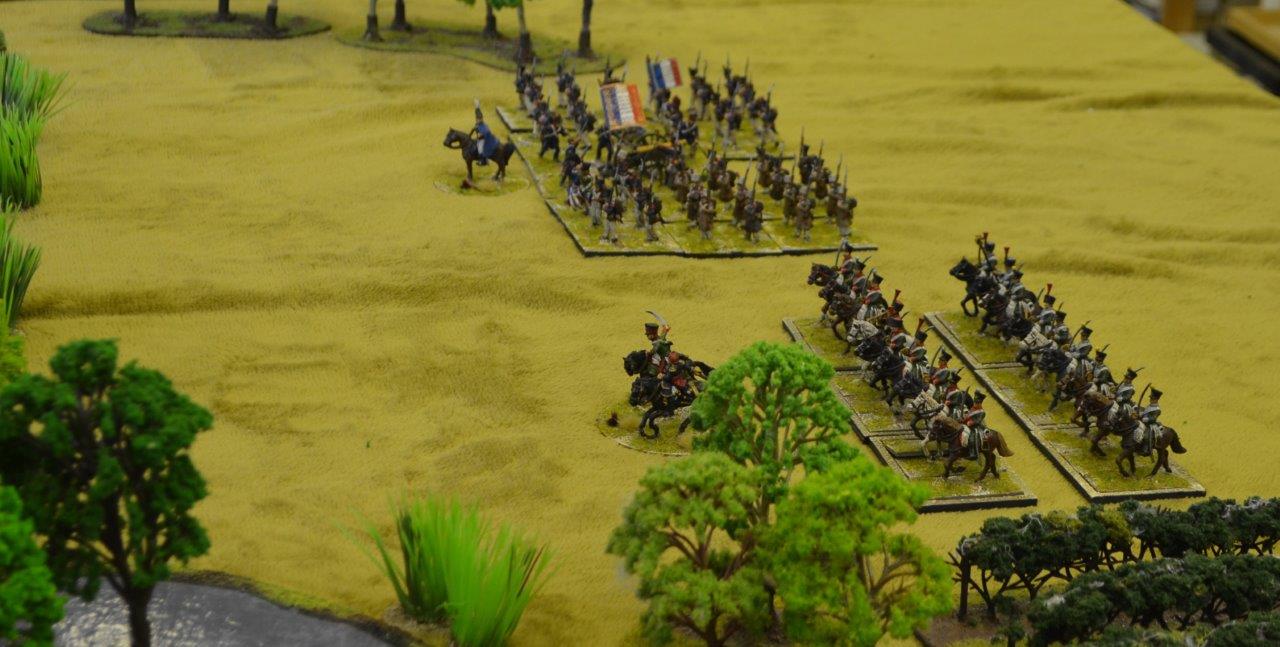 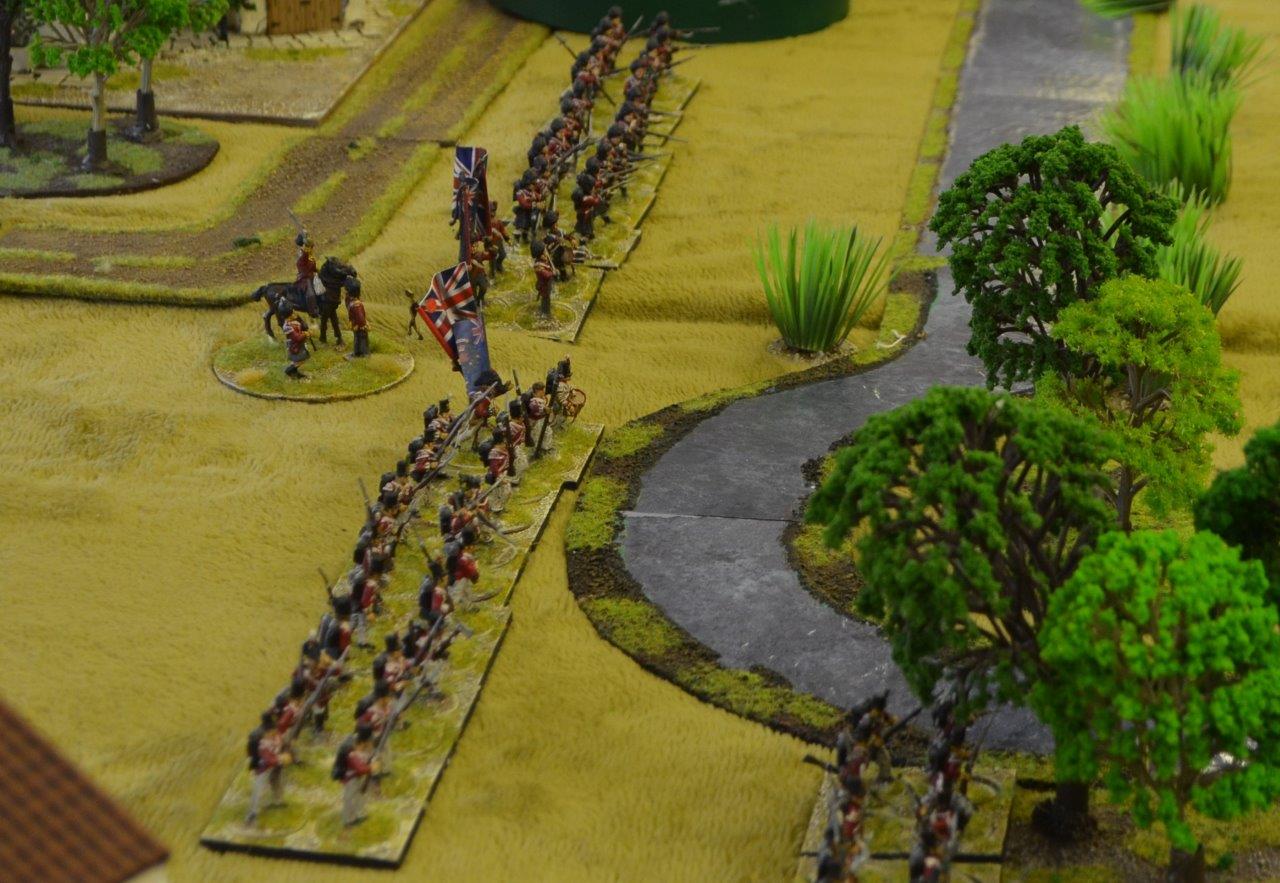 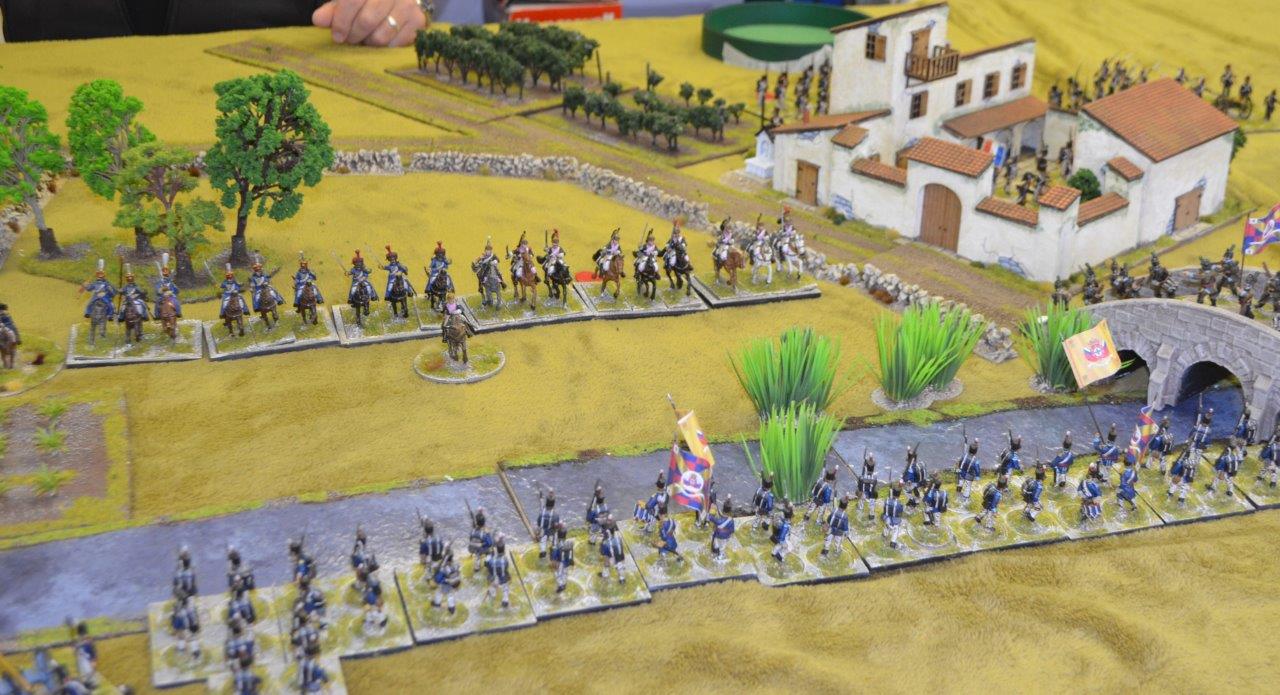 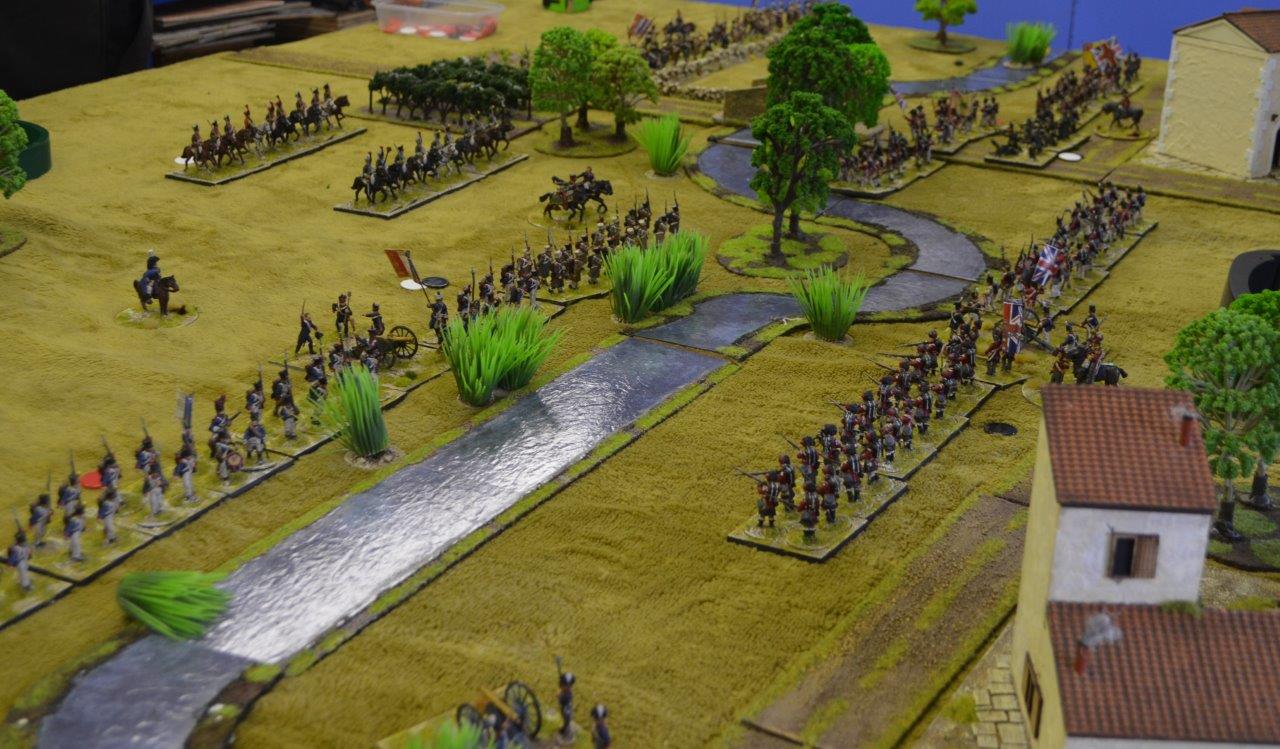 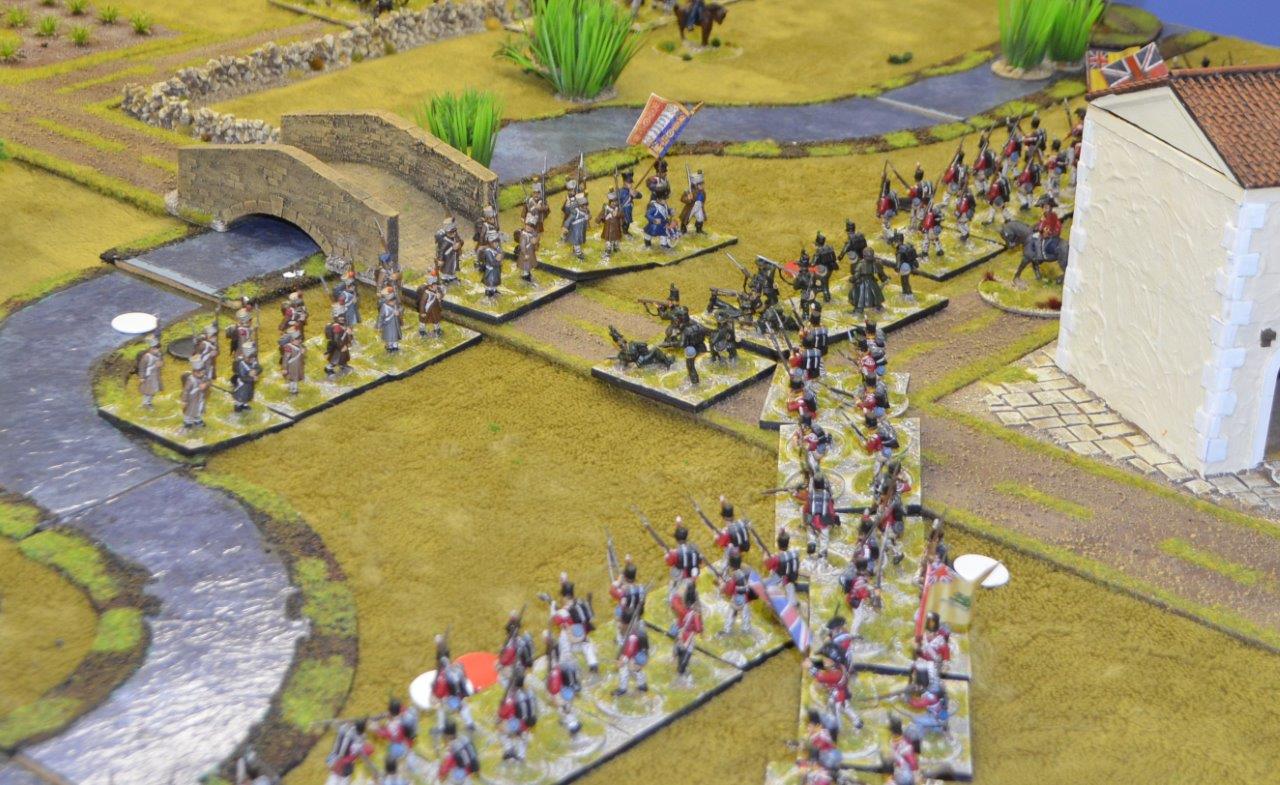 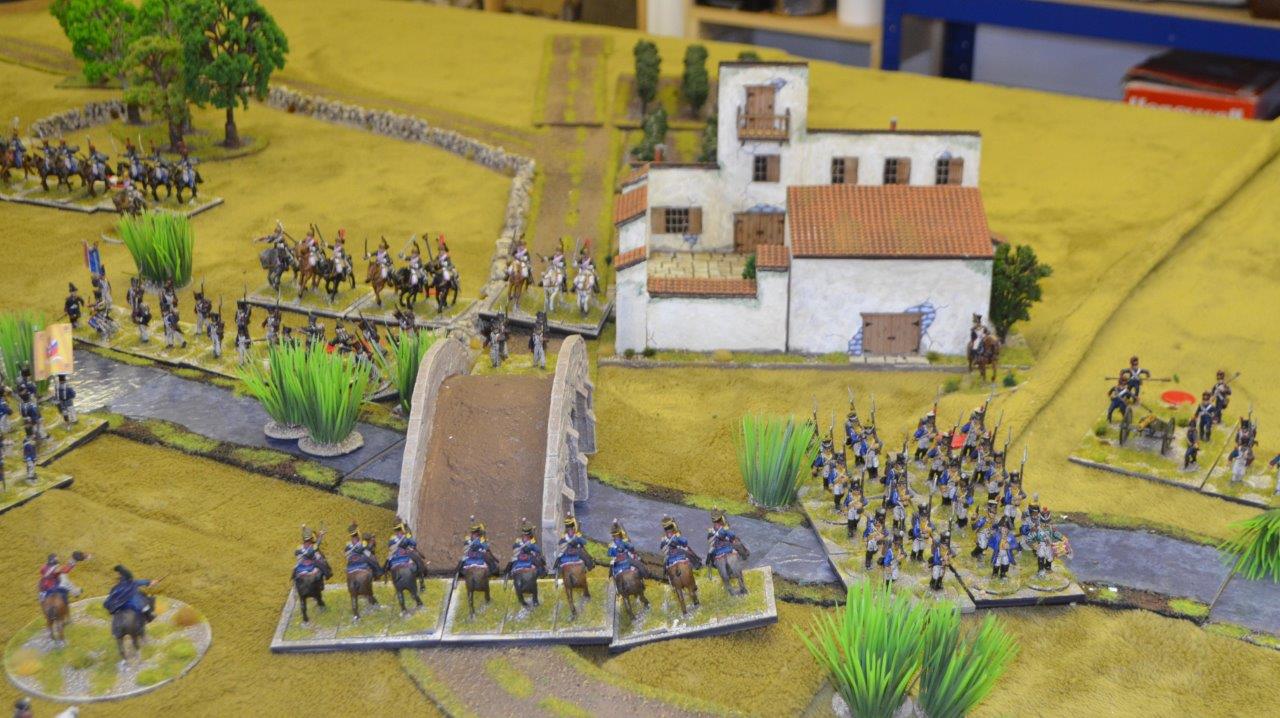 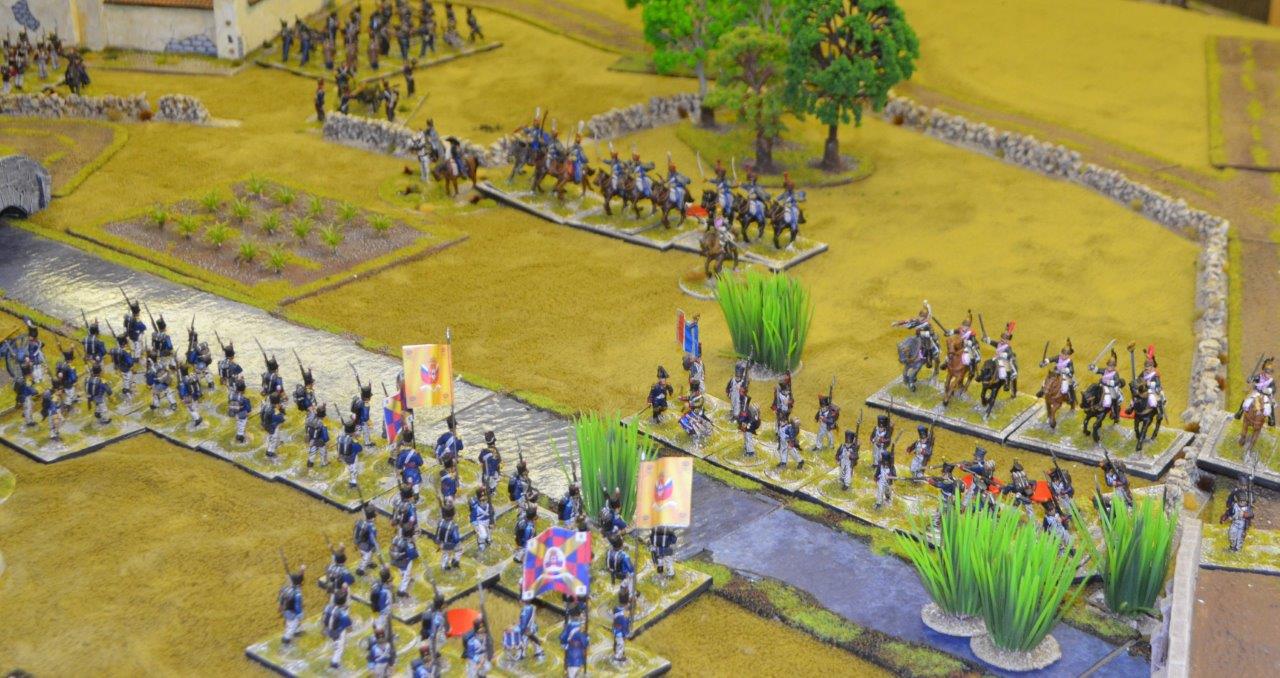 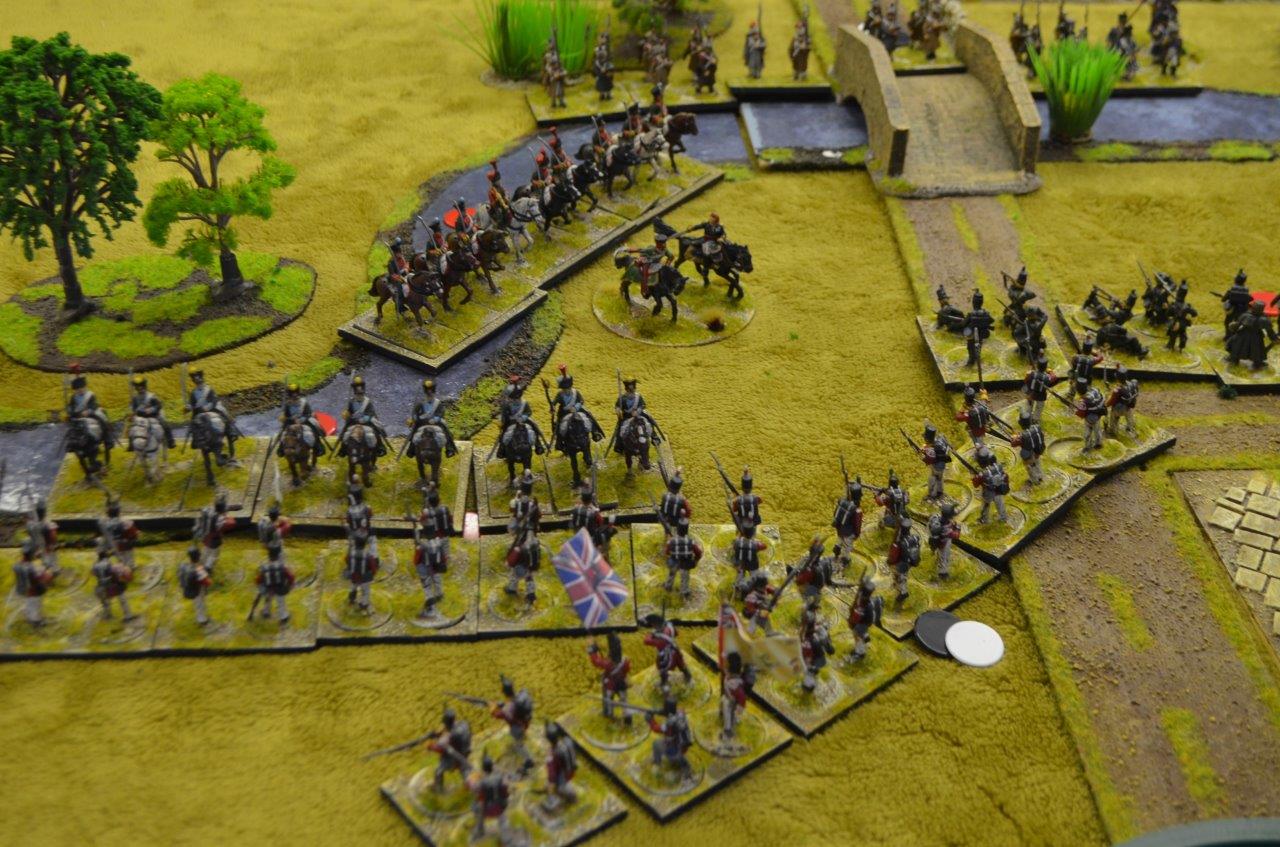 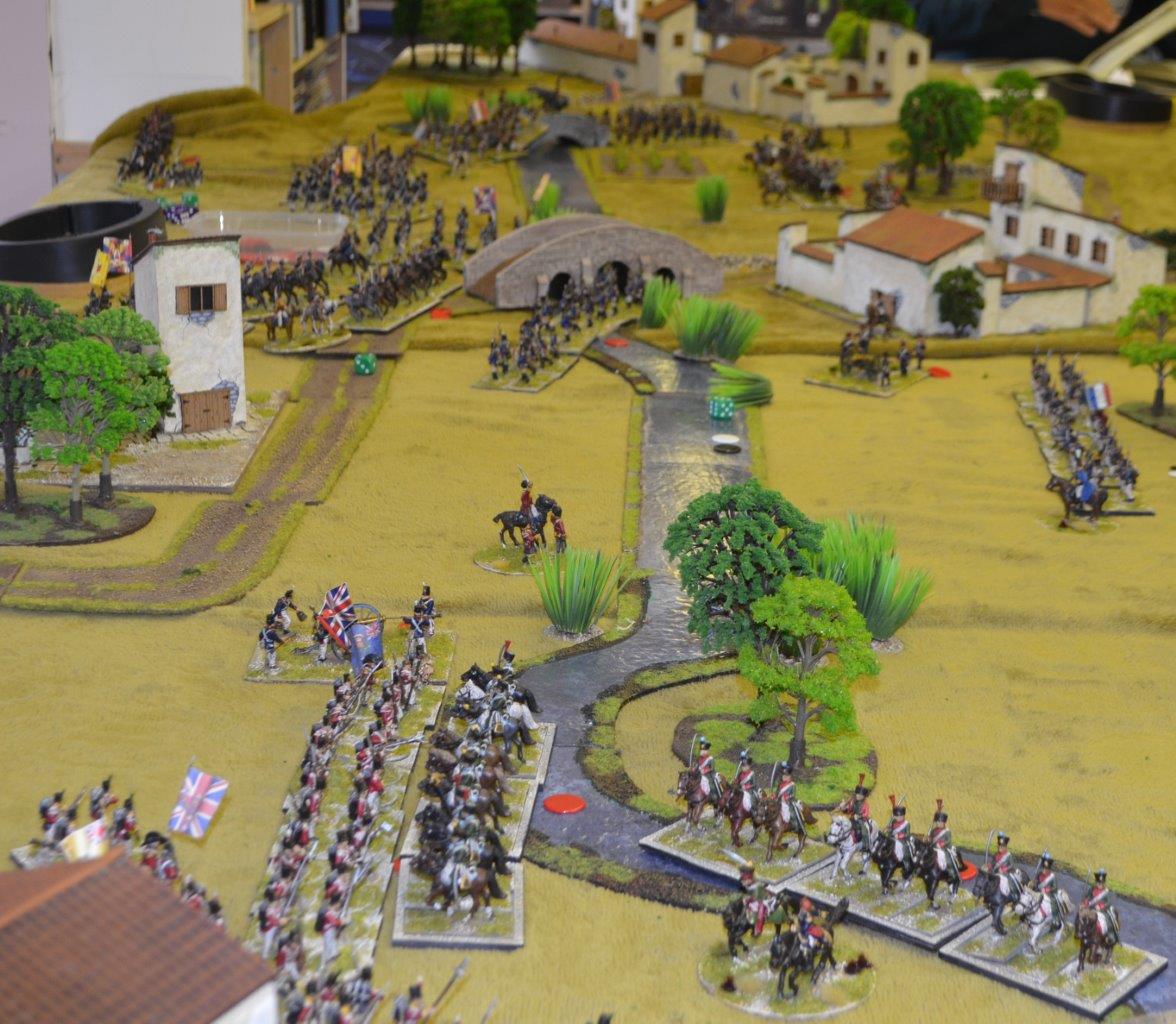 A great way to reopen the Shed !