A Dawn Raid - Action in the Very British Civil War

Once again the Shed was able to reconvene on Monday for another game. This time we headed off to the late thirties for a spot of Very British Civil War Action using Bolt Action Rules.

A simple summary of the game:

Its at the height of the war and the British Union of Fascists are now receiving plentiful supplies of munitions and vehicles from their 'supporters' in Germany and Italy. Opposition forces have learned that a transport ship called the Katie Jane has just docked and is unloading a number of armoured vehicles.

A decision was taken to send in a suicide mission lead by the COrnish Communist Kollective (COCK) and supported by some Anglican regulars will assault the docks and the Village of Little Minge from the seaward size. This force would be assembled and sent in on a variety of boats at hand. A small armoured force would be available in support and carried in on landing craft.

The BUF defenders (smaller in number) are scattered across the docks and the thiurd Postal Company , if on time, would deliver support in the Village. The attackers outnumbered the defenders 3 to 2.

The primary objectives for the raiding force were to destroy the six major building in the docks. These contain the munitions, fuel and vehicles.

There is not going to a full aar but hopefully the pictures tell the story.... 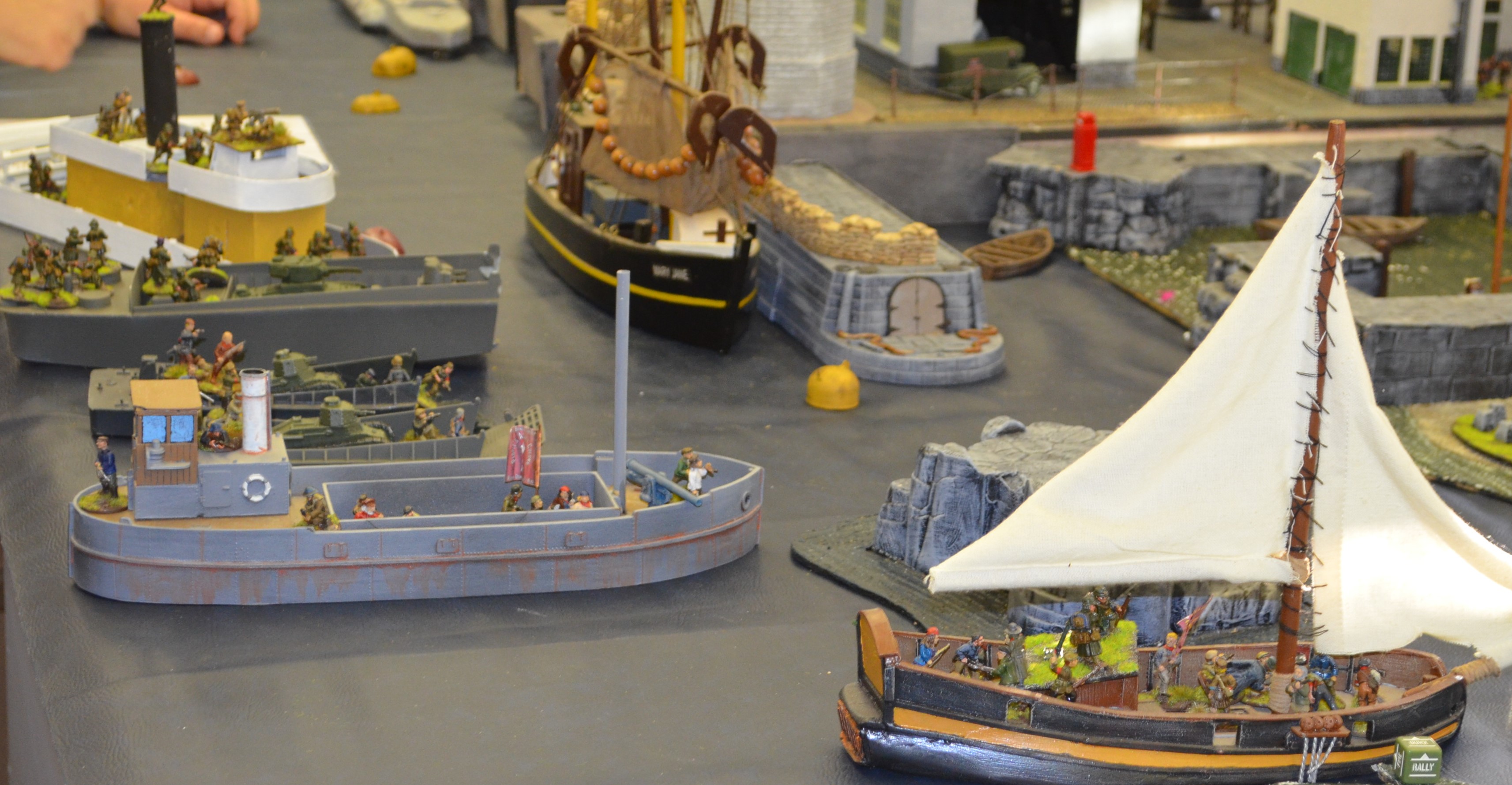 A small armada of ships sail and steam into Little Snatch bay... 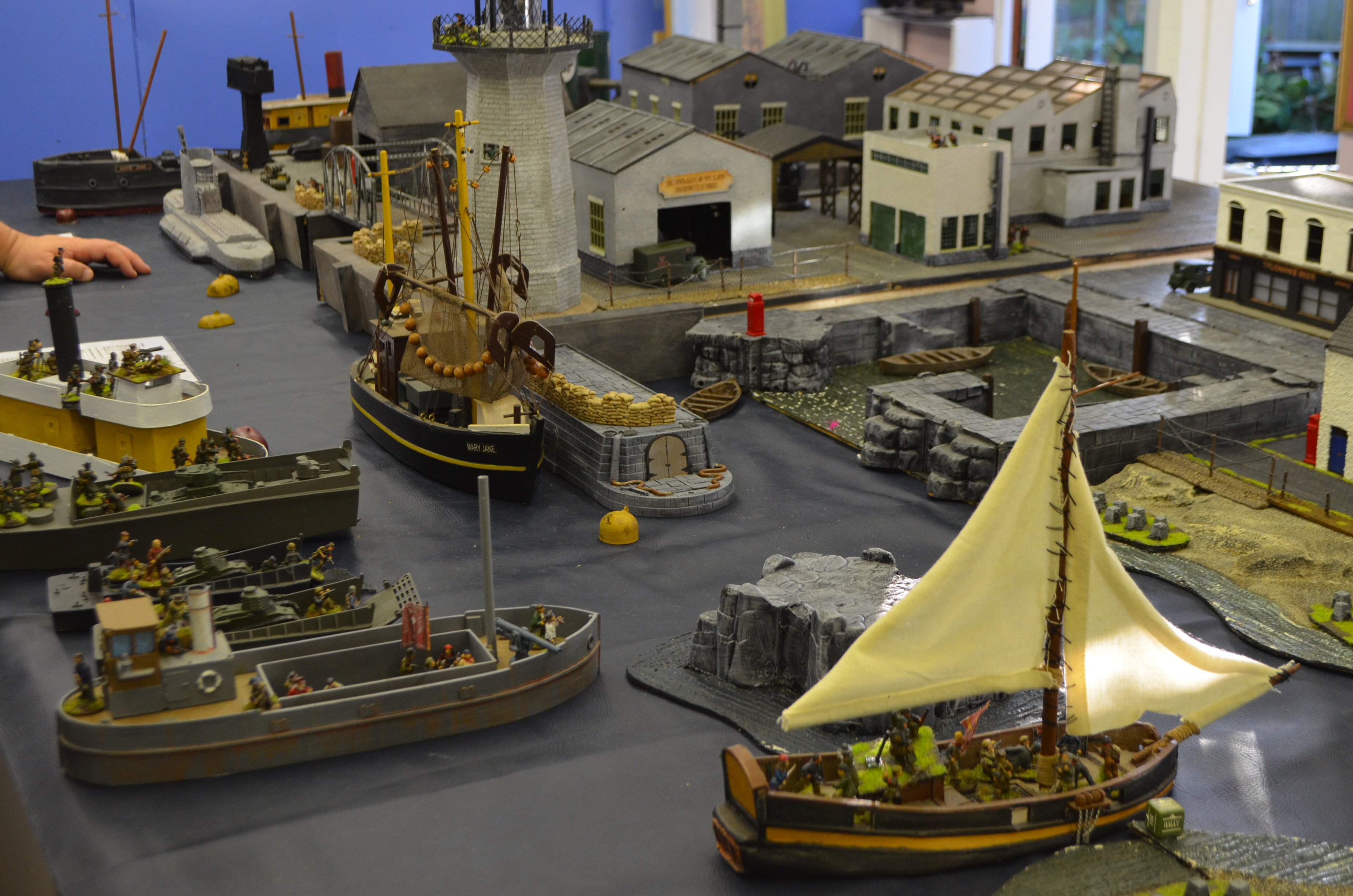 The beaches are undefended - the postal unit has turned up ! 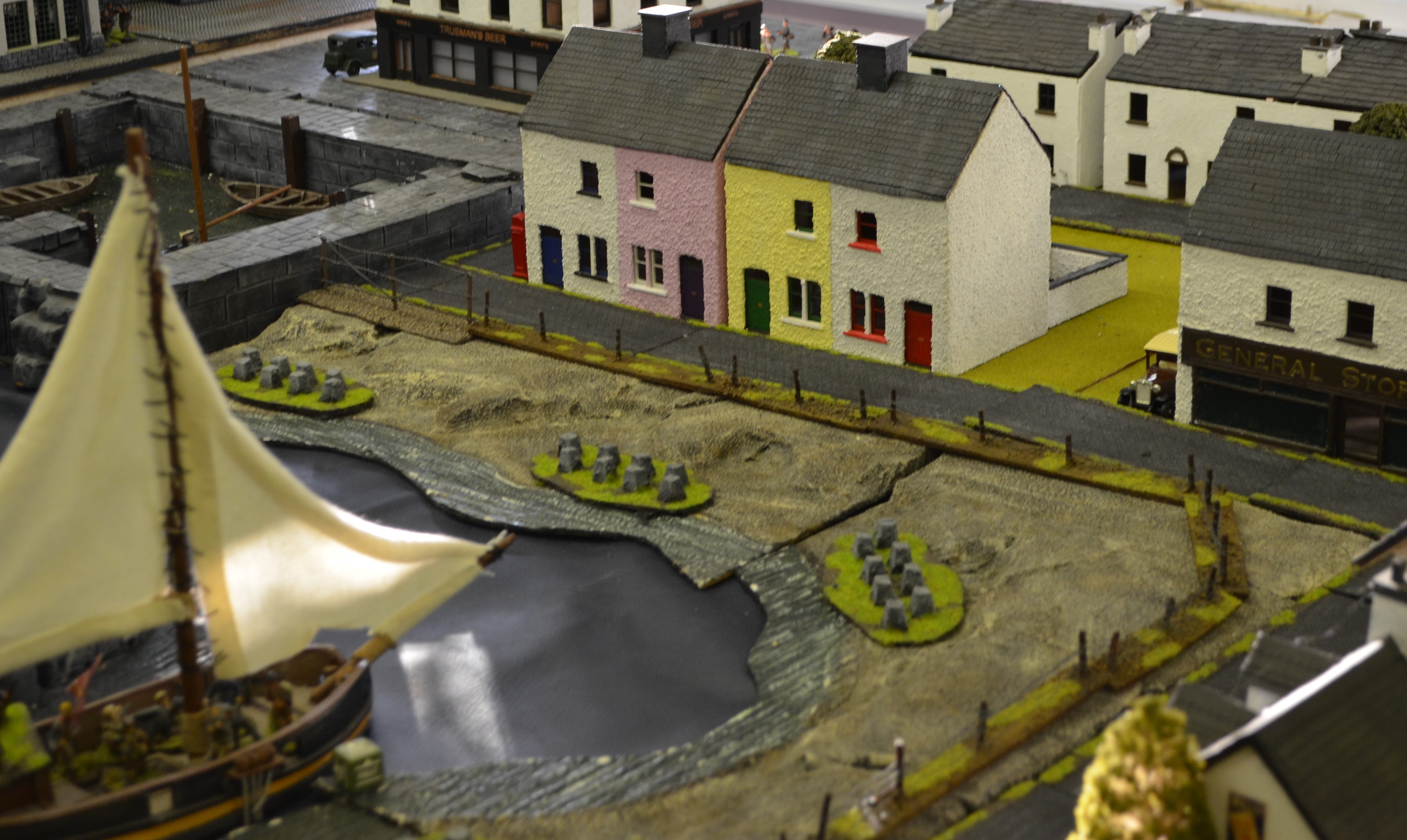 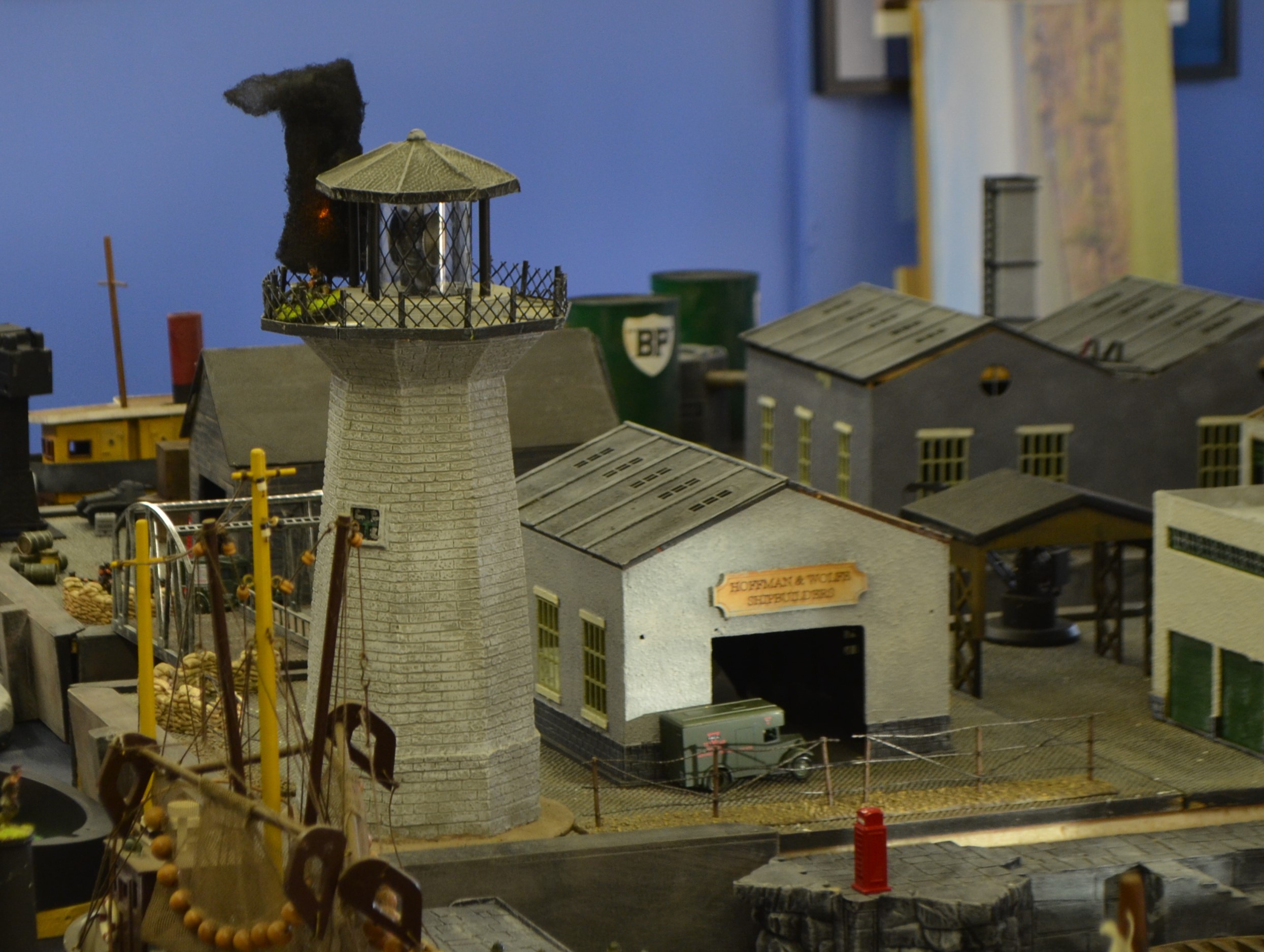 Hitting the Beach COCK force rushes ashore...straight towards the general store for some cider 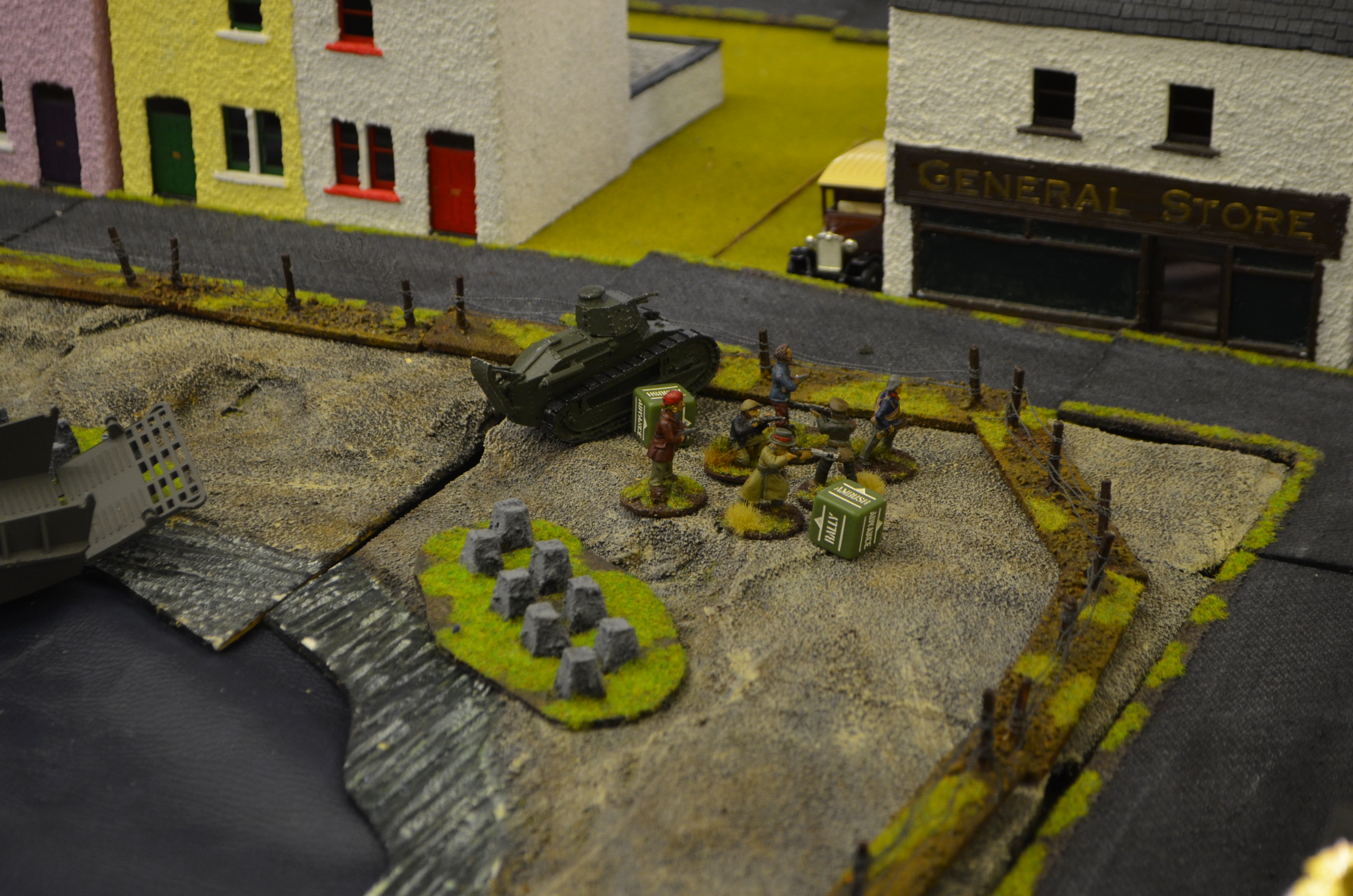 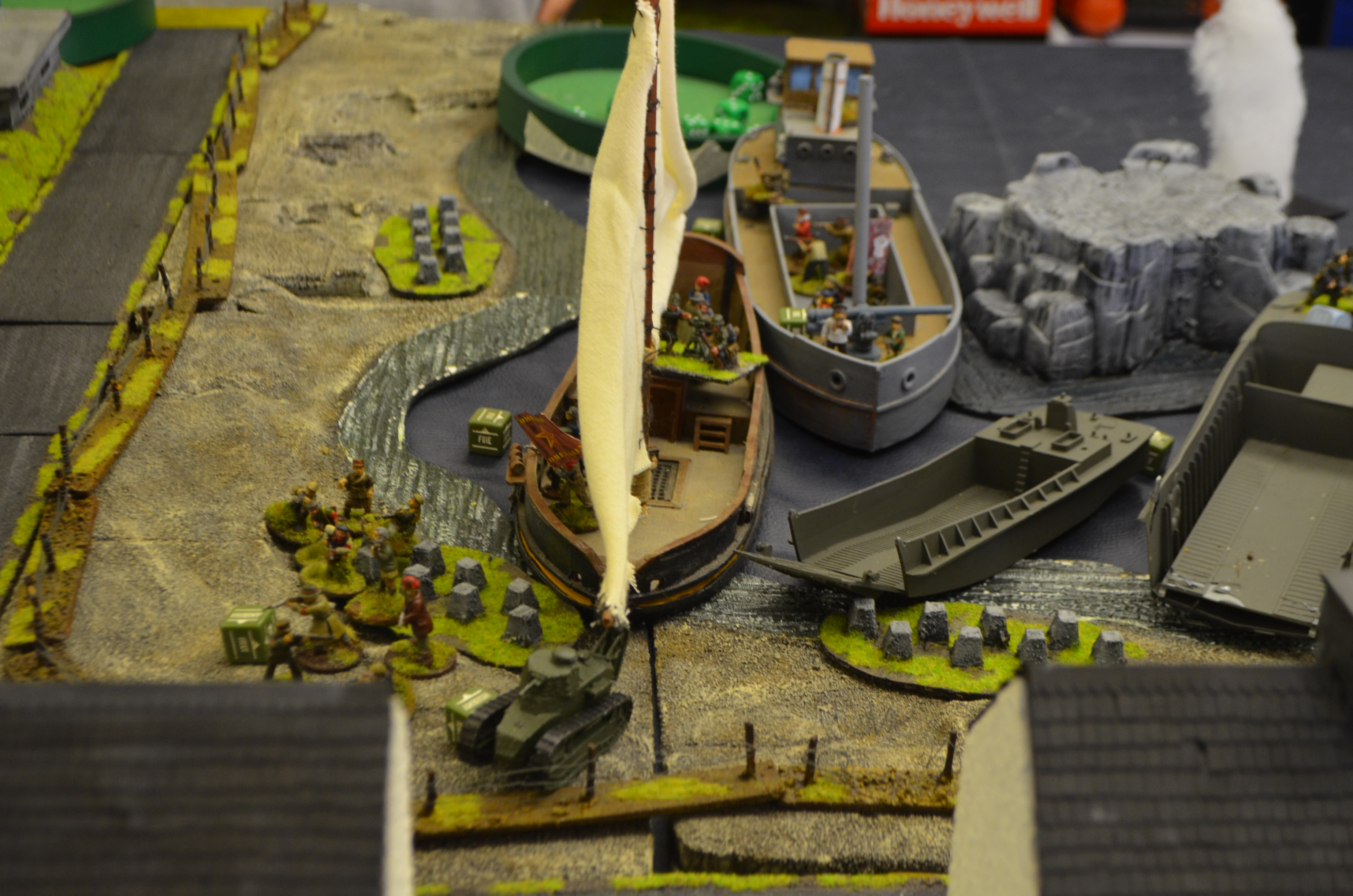 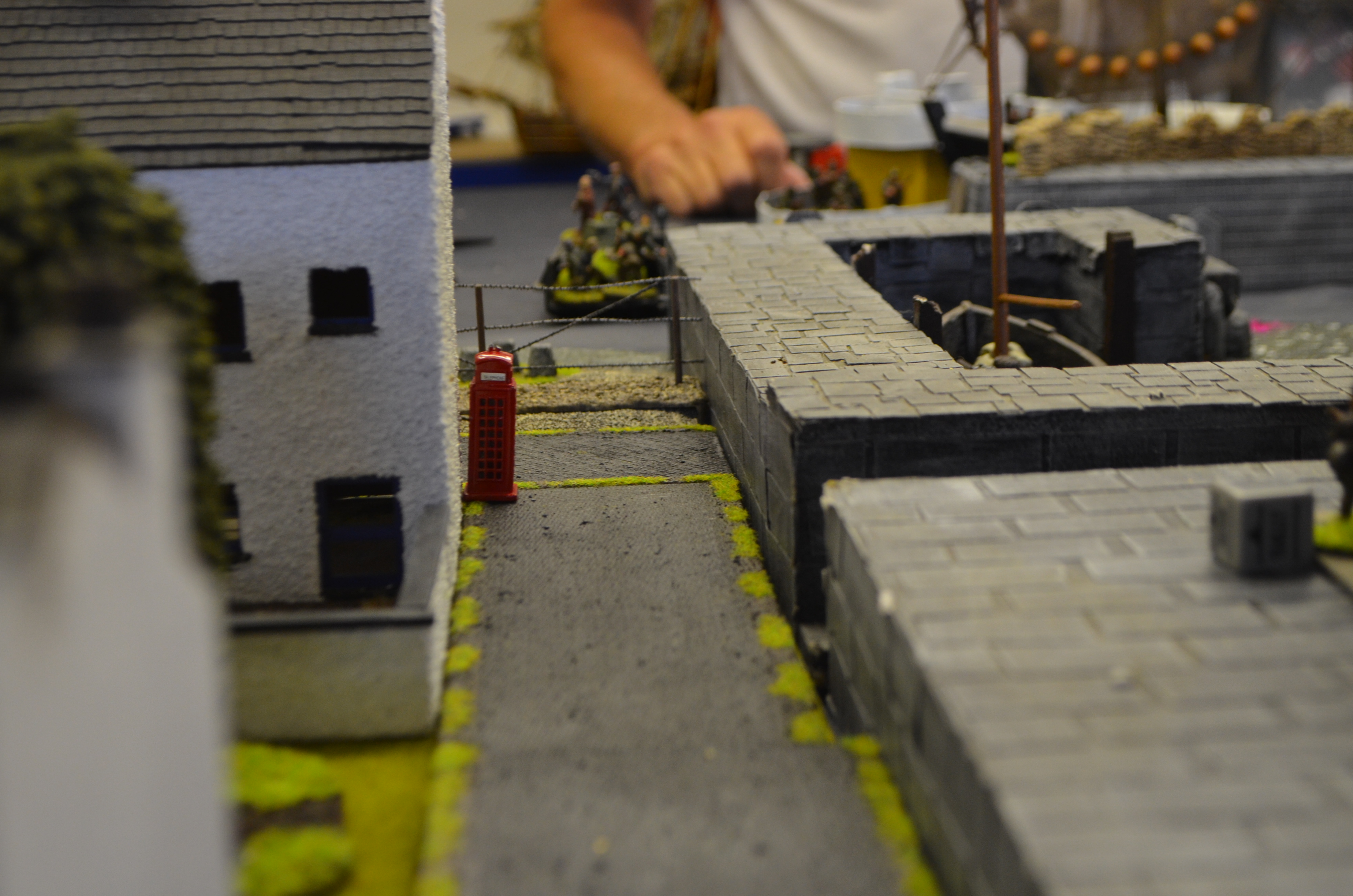 The BUF take up defensive positions in the port area 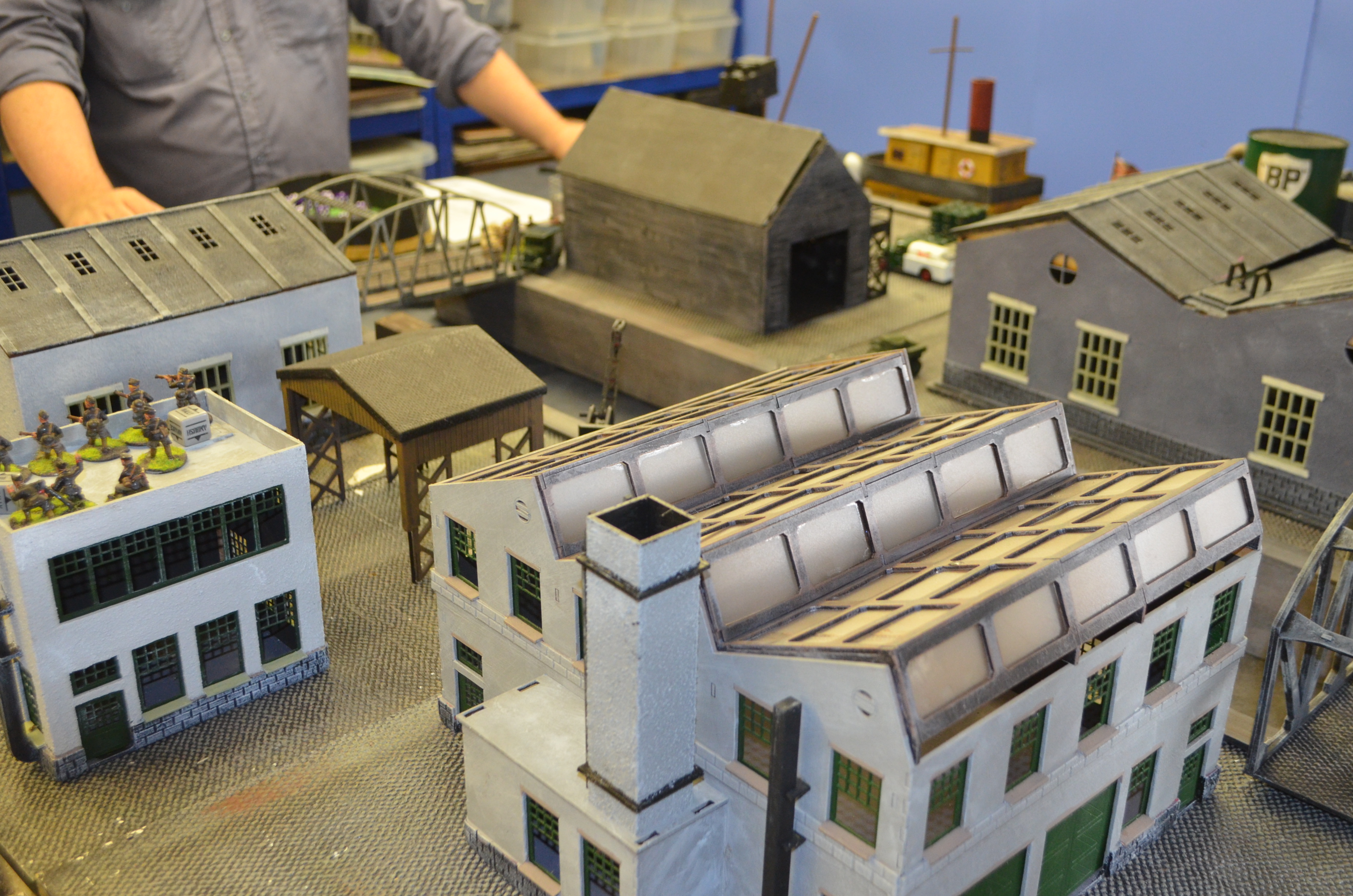 The port is bisected by the canal affording some protection 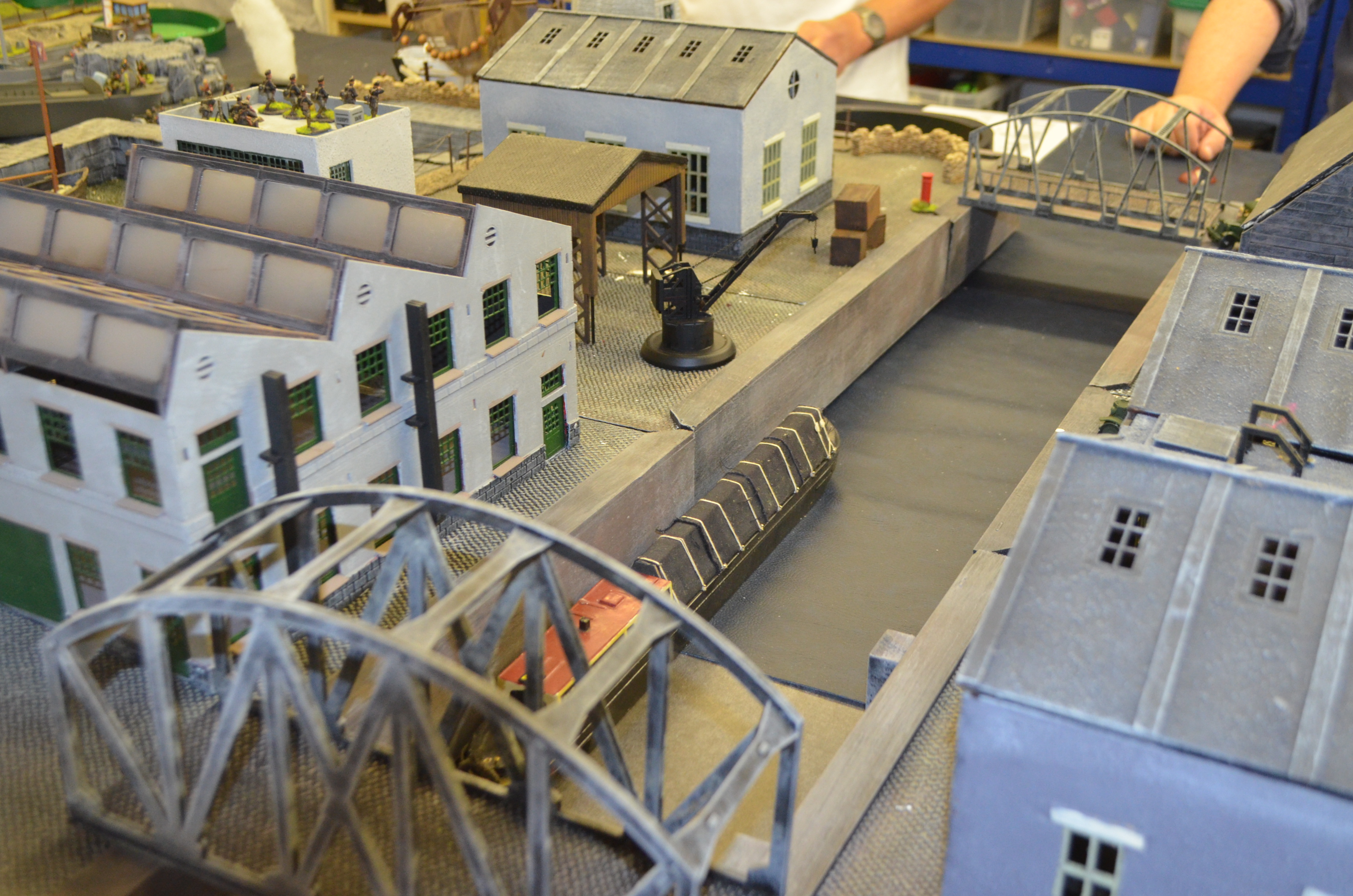 The fuel depot is a likely target 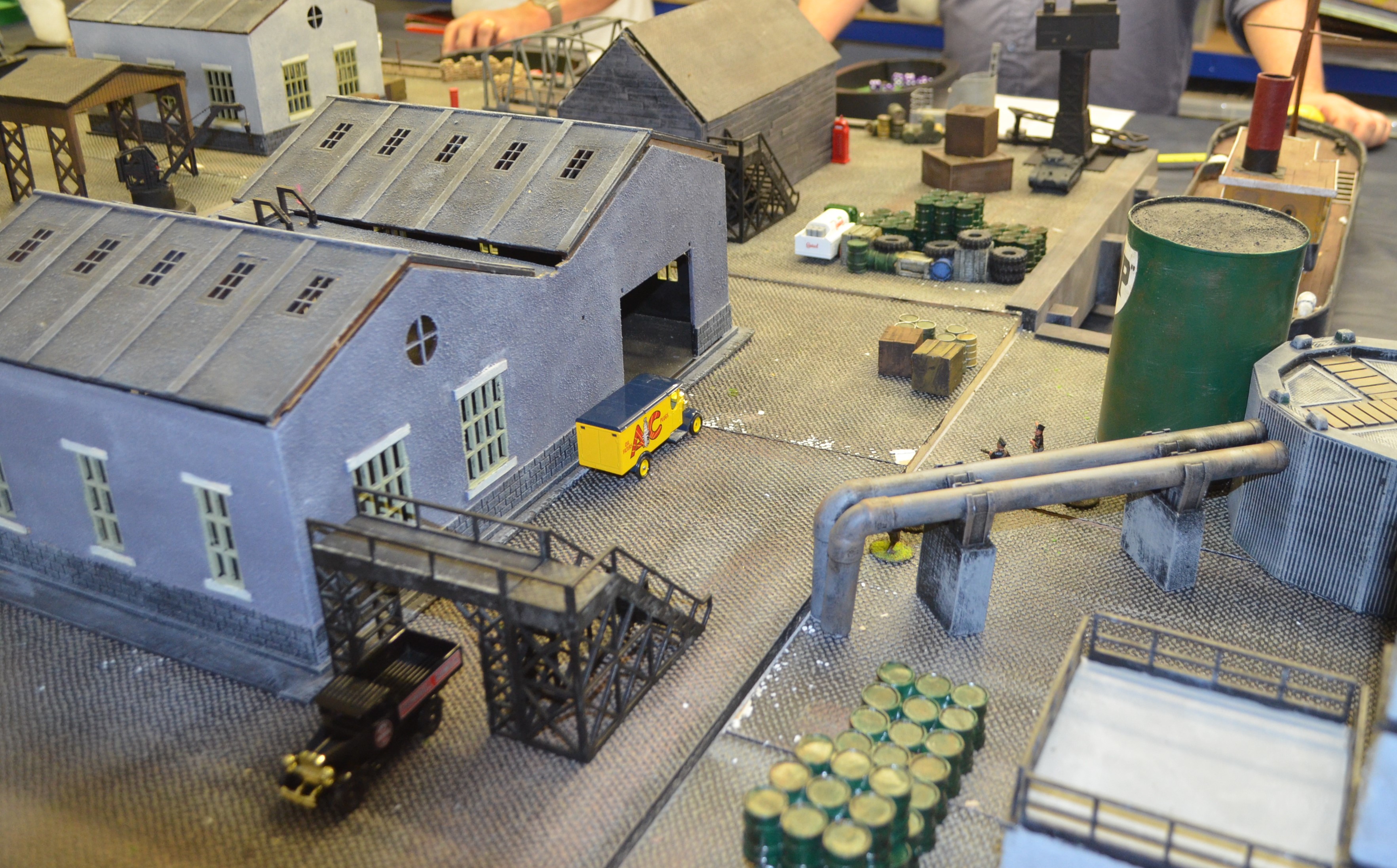 as is the Katie-Jane - armour has just been unloaded 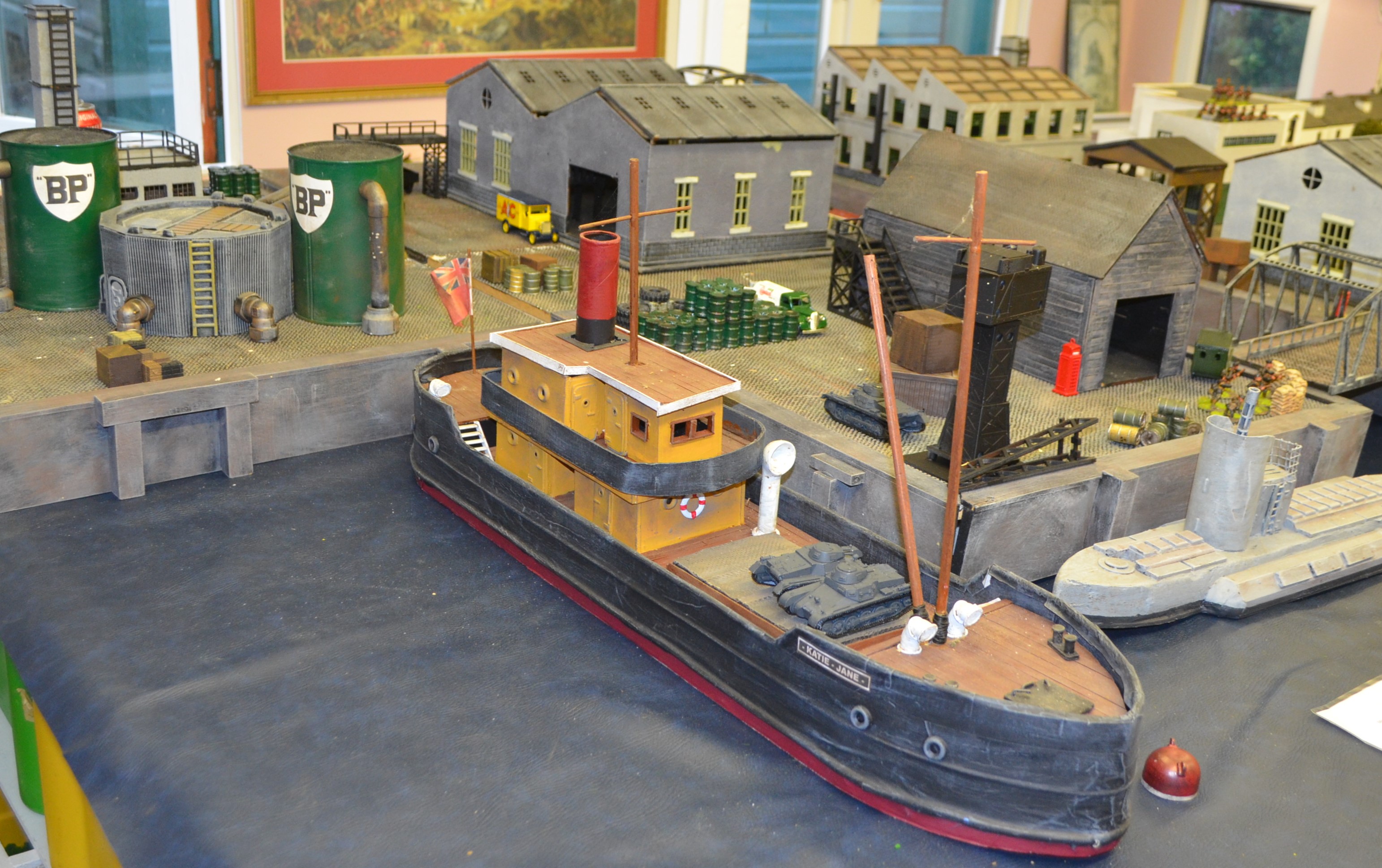 A BUF fighter screams across the beach hitting nothing ! 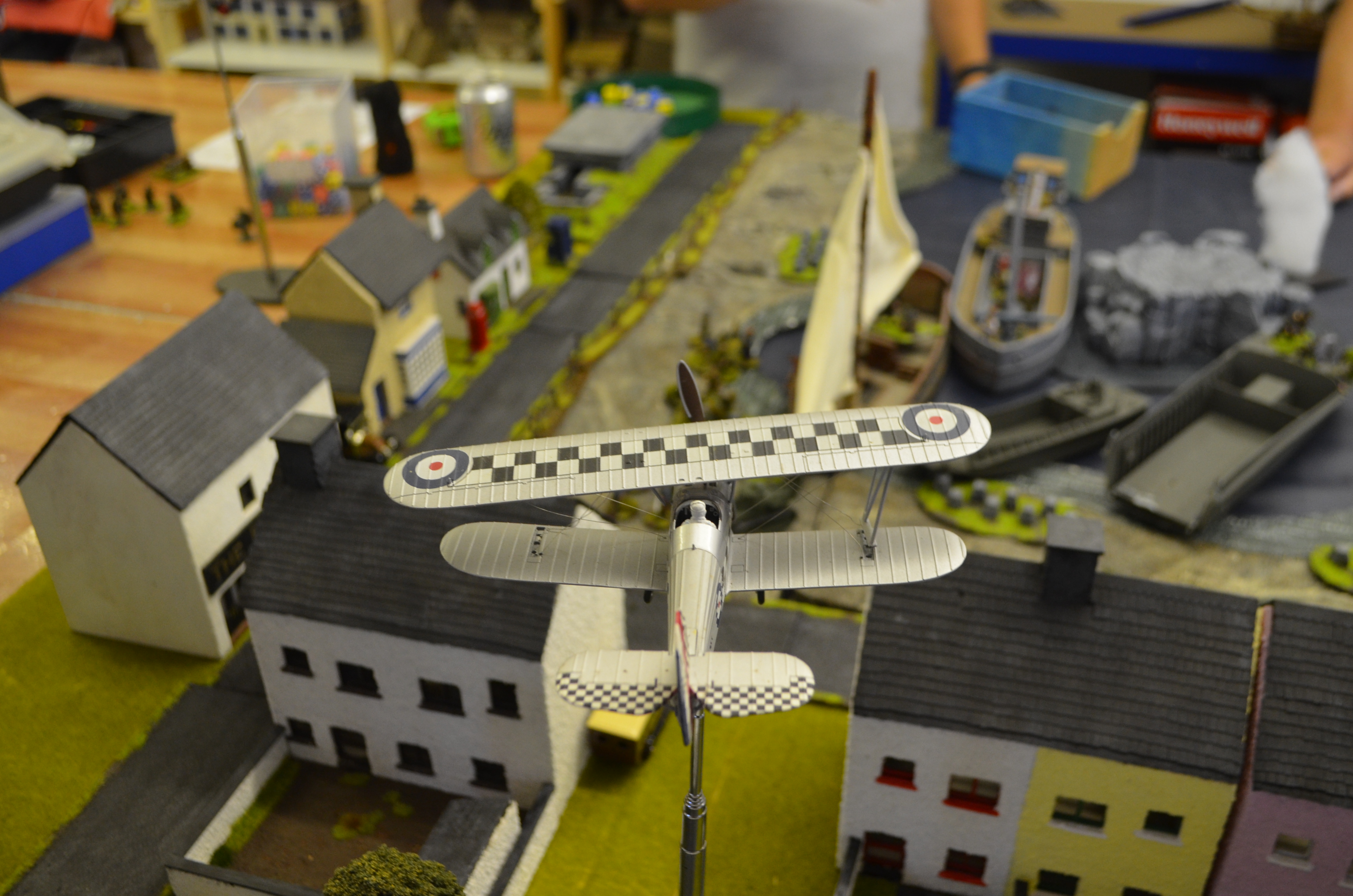 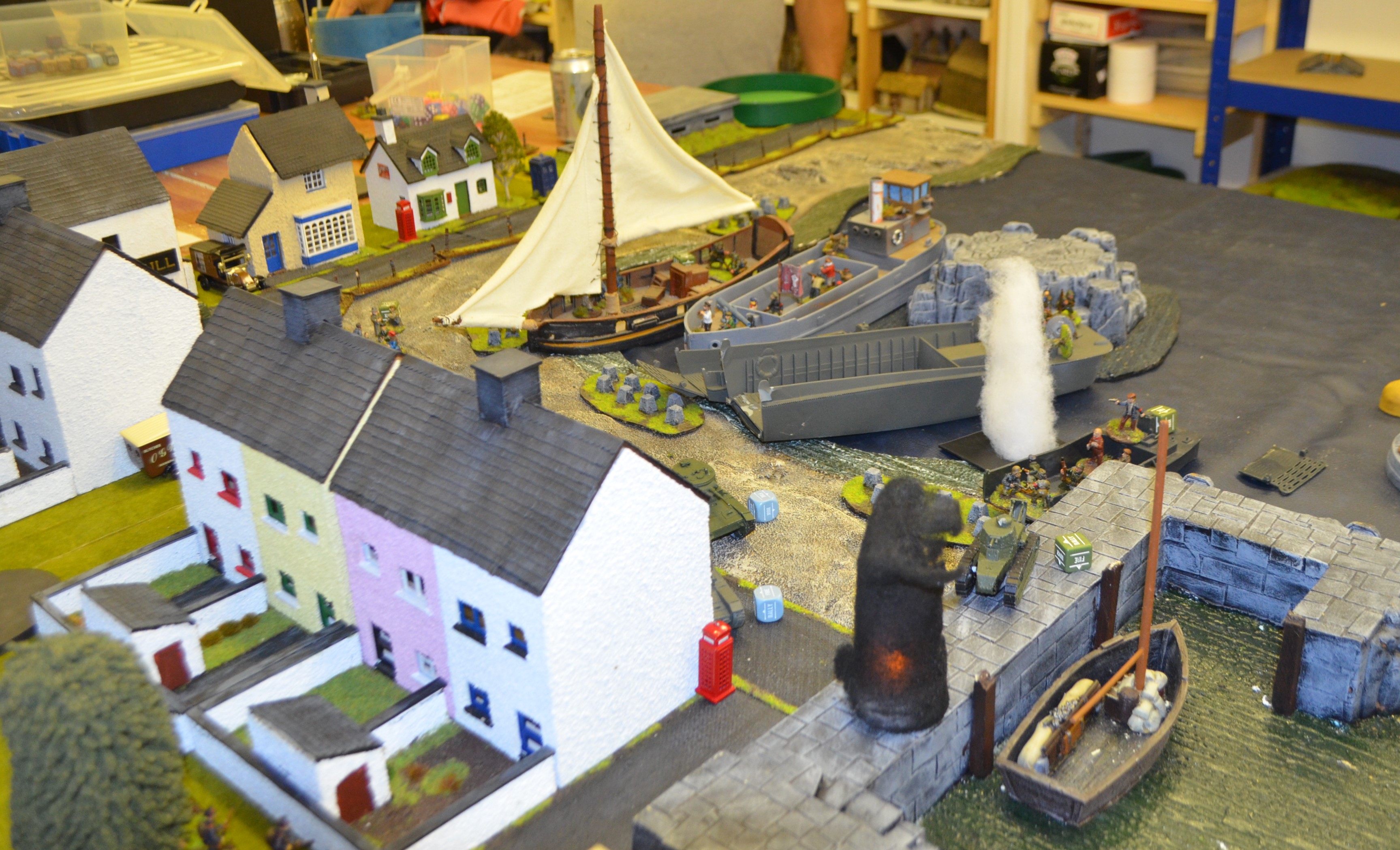 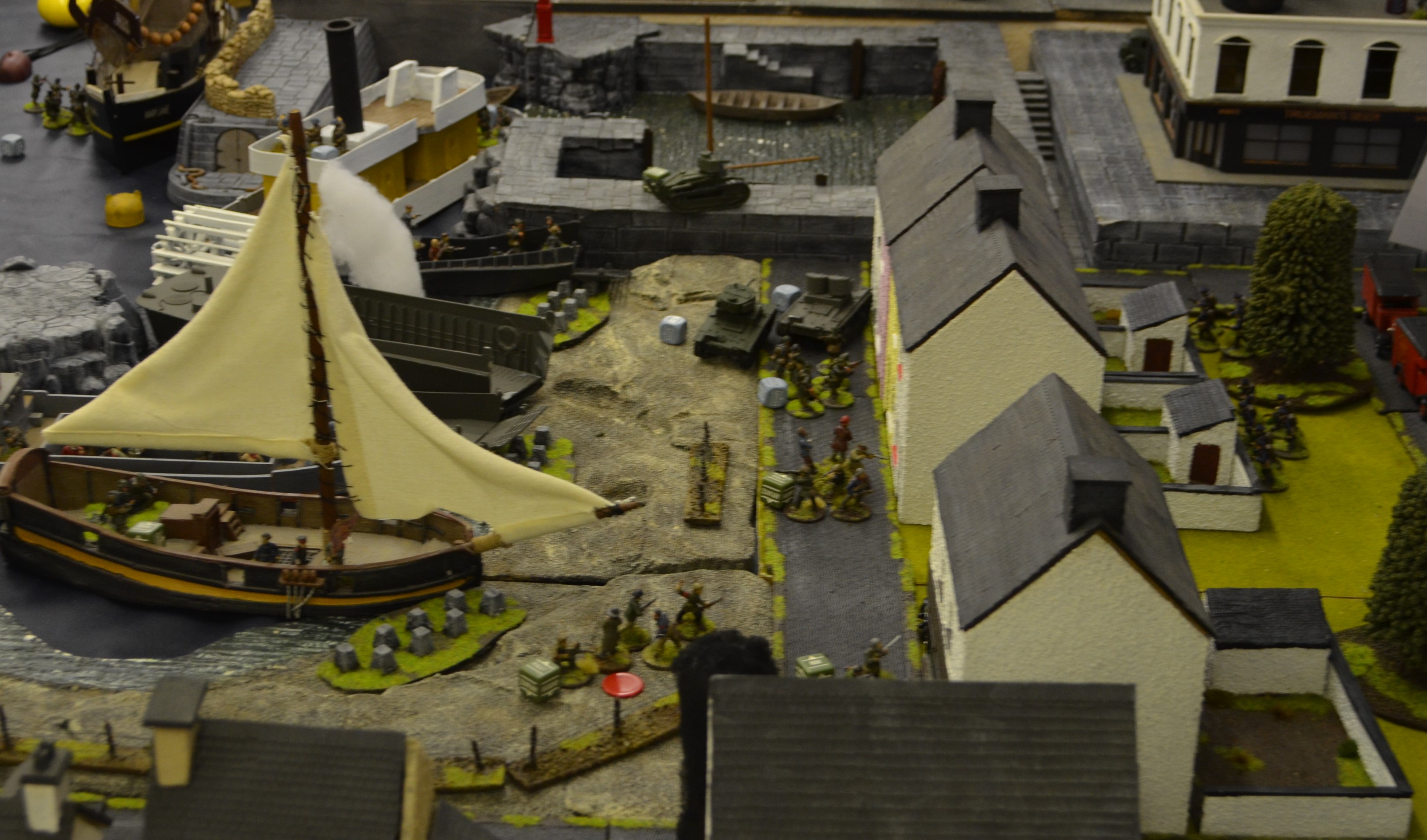 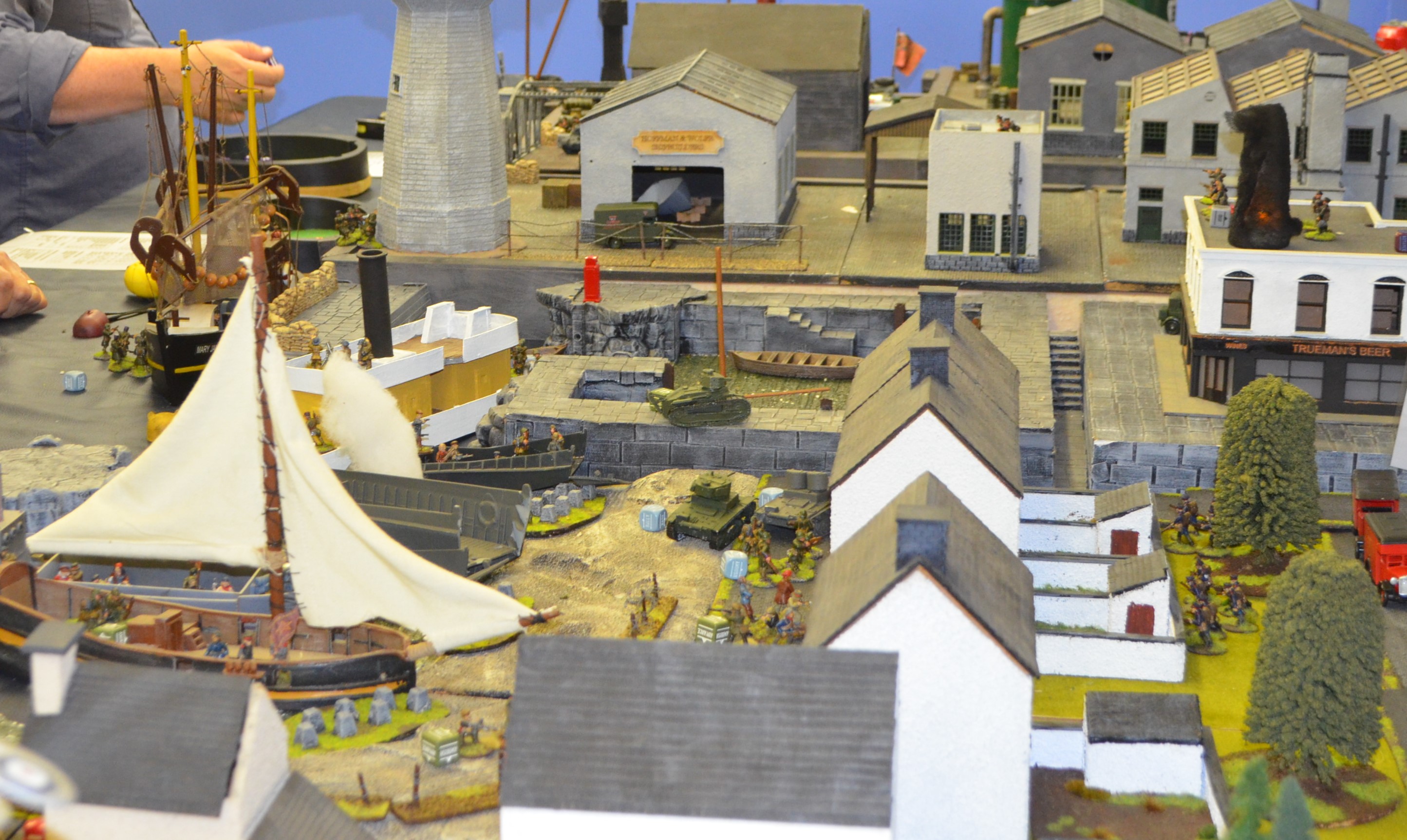 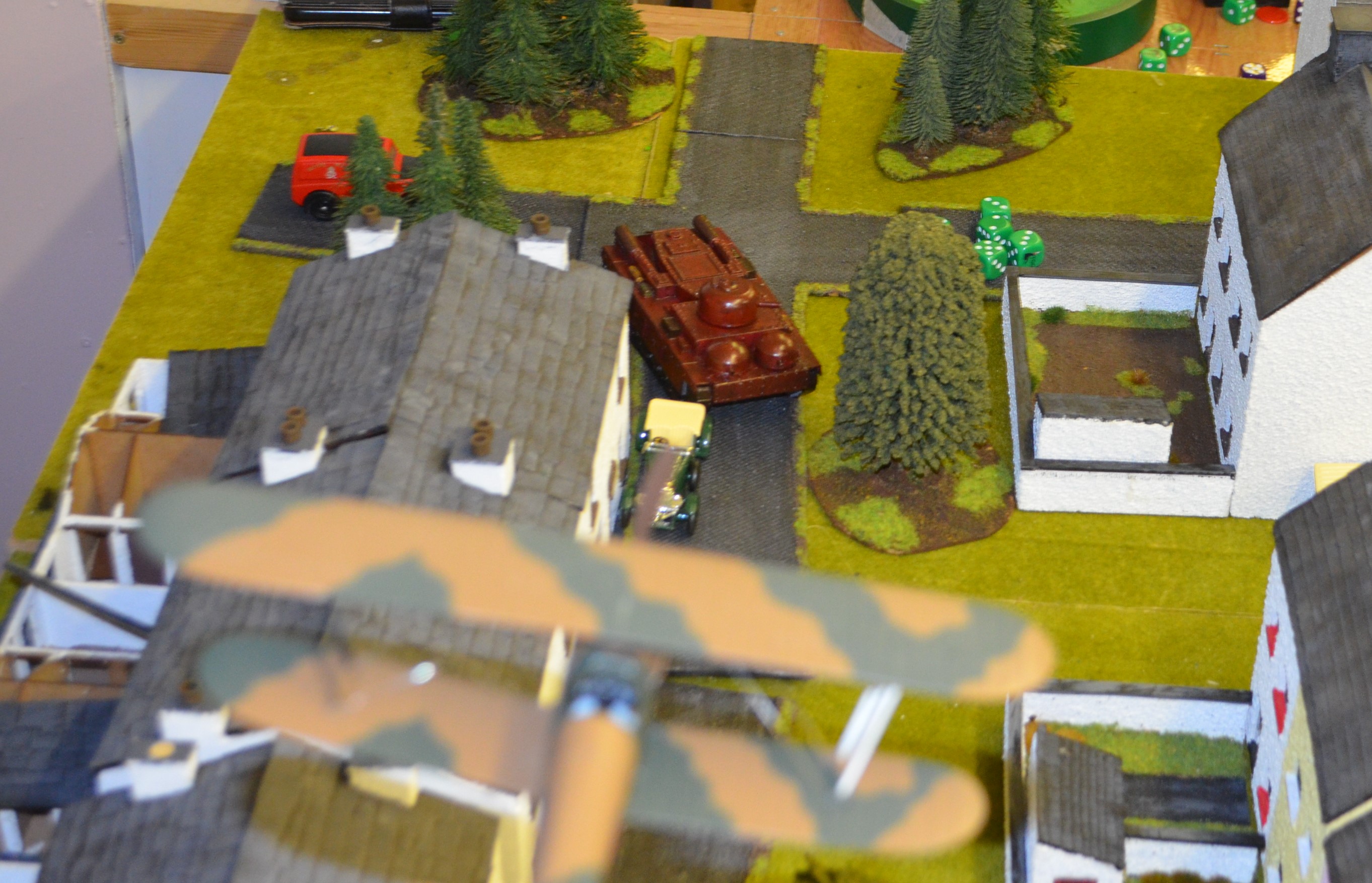 COCK and their Anglican Allies are into the Port with two warehouses destroyed very quickly. The speed of their advance (and dice rolling) was have a telling affect 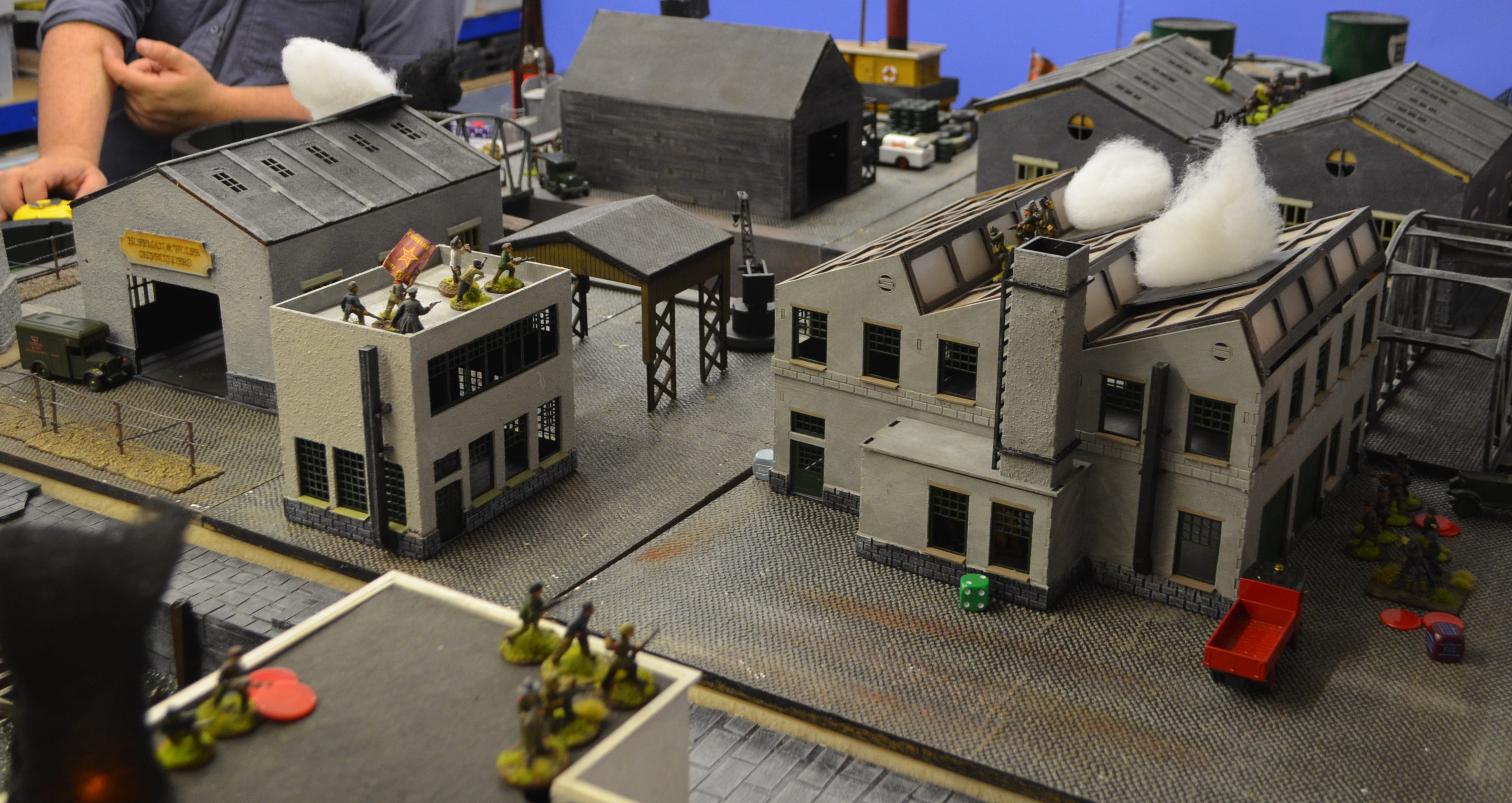 The final BUF defenders lose the bridge onto the second half of the port. With no reserves the Port falls to the raiding force 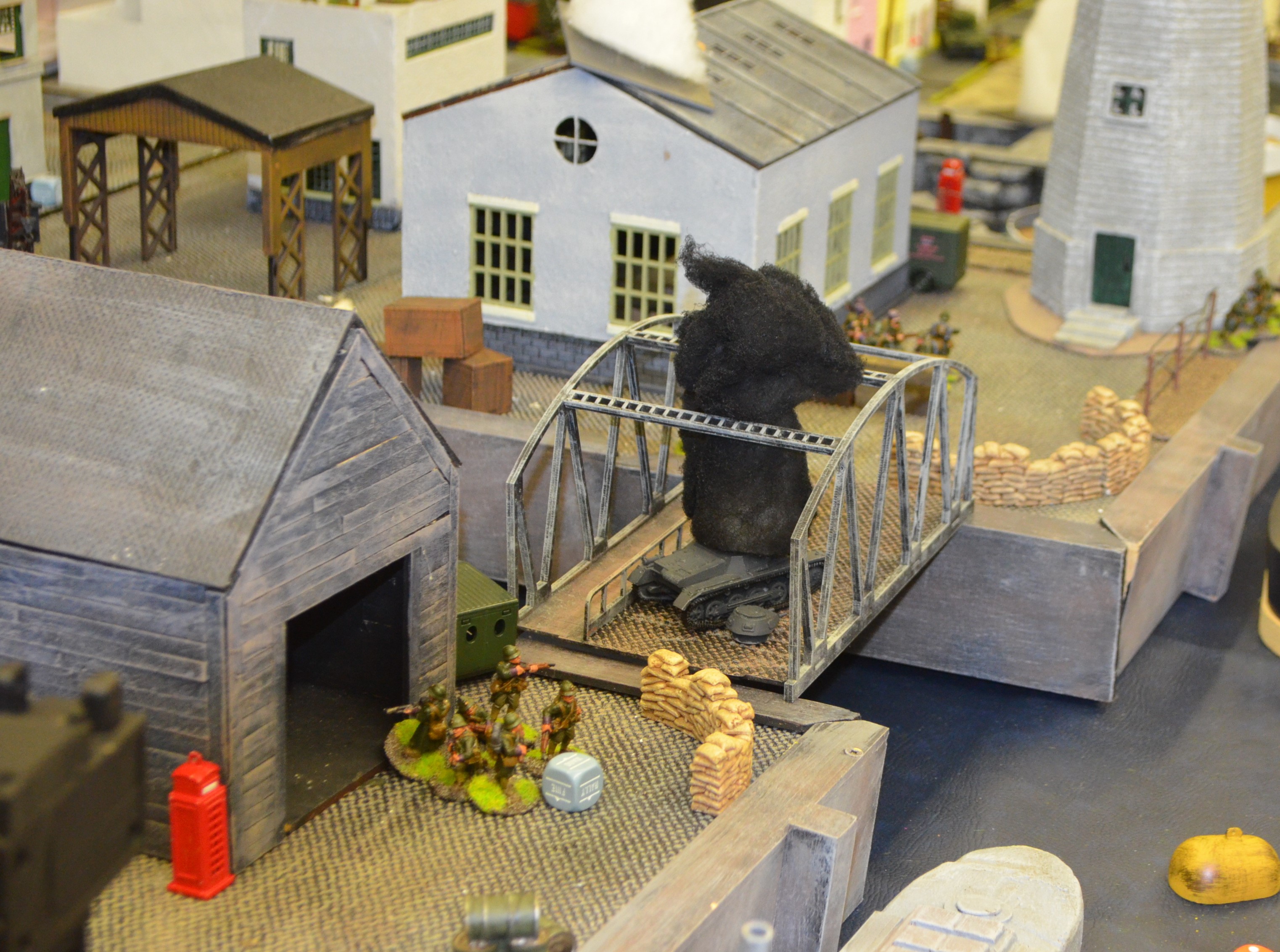 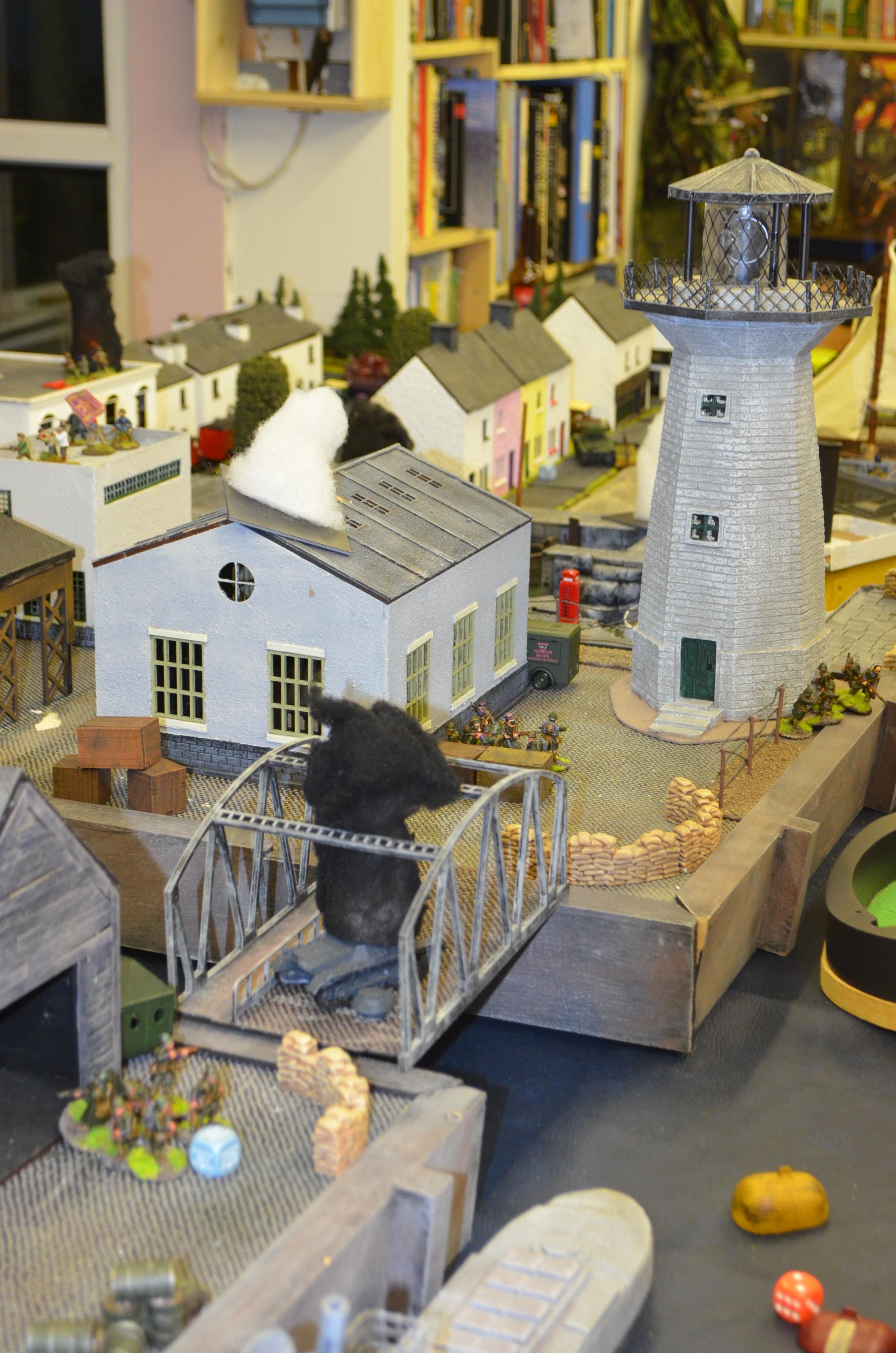 This was a fun game, played with great speed and humour. Thanks to Colin (the overall star) , John and Stephen for a great night