War of the Roses project - The Cavalry part 3

Following on from the infantry (which you can see HERE) I thought it would be a good opportunity to share with you the next batch completed. This is the Cavalry. Although mounted actions were rare in the War of the Roses campaign I had to buy, construct and paint these wonderful Perry plastic boxed sets.

With the exception of some command stands all of the figures shown in this post come from either the heavy or light perry boxed sets. These are mainly based on 25 x 50 mm bases and then slotted into Warbases movement trays.

We have agreed in our Hail Caesar games that a standard unit will consist of 9 horse, a large unit 12 and a small unit six figures.

I decided early on that my light horse (hobilars) would all ride for Warwick so these have all got red livery jackets and where possible I have painted in his ragged staff emblem. Badly I should add.

sprinkled into this force are a number of mounted bowman. 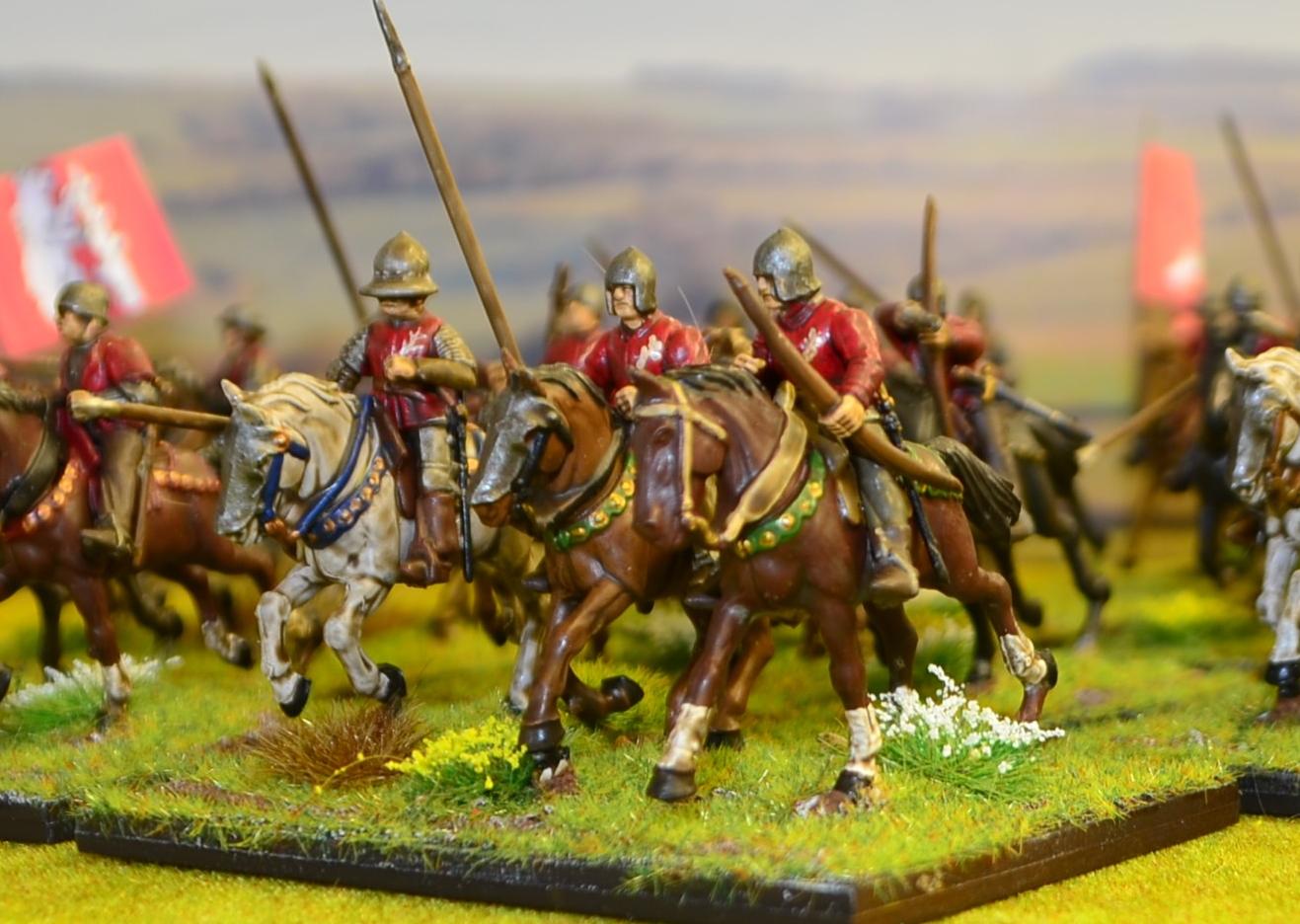 Lets move onto the really big boys in plate - the heavy horse. like my dismounted men at arms I have only matt varnished the non armour parts of these figures. The shiny after effect of the dip gives them a glossy look

These chaps are full of character and were a joy to paint.... 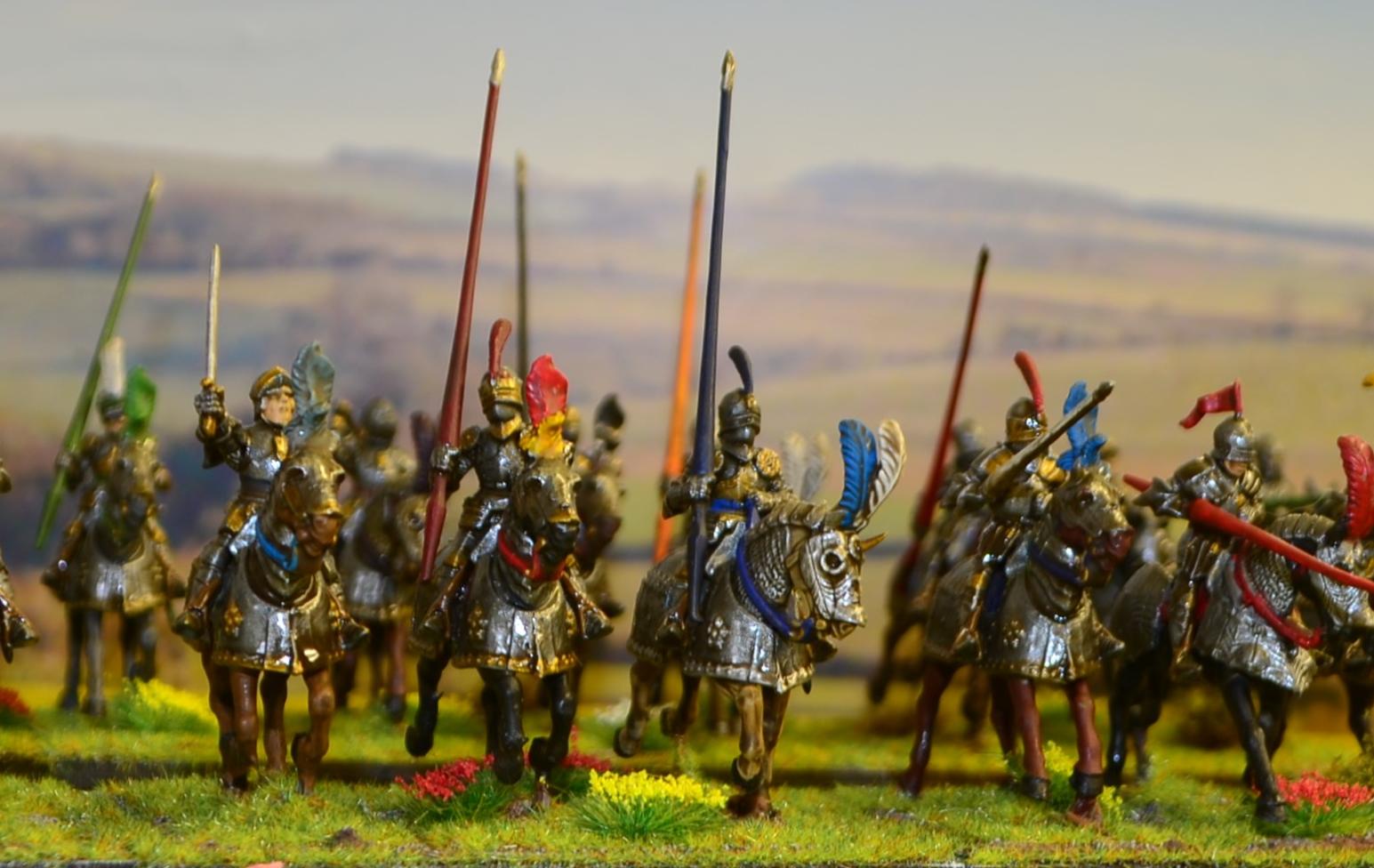 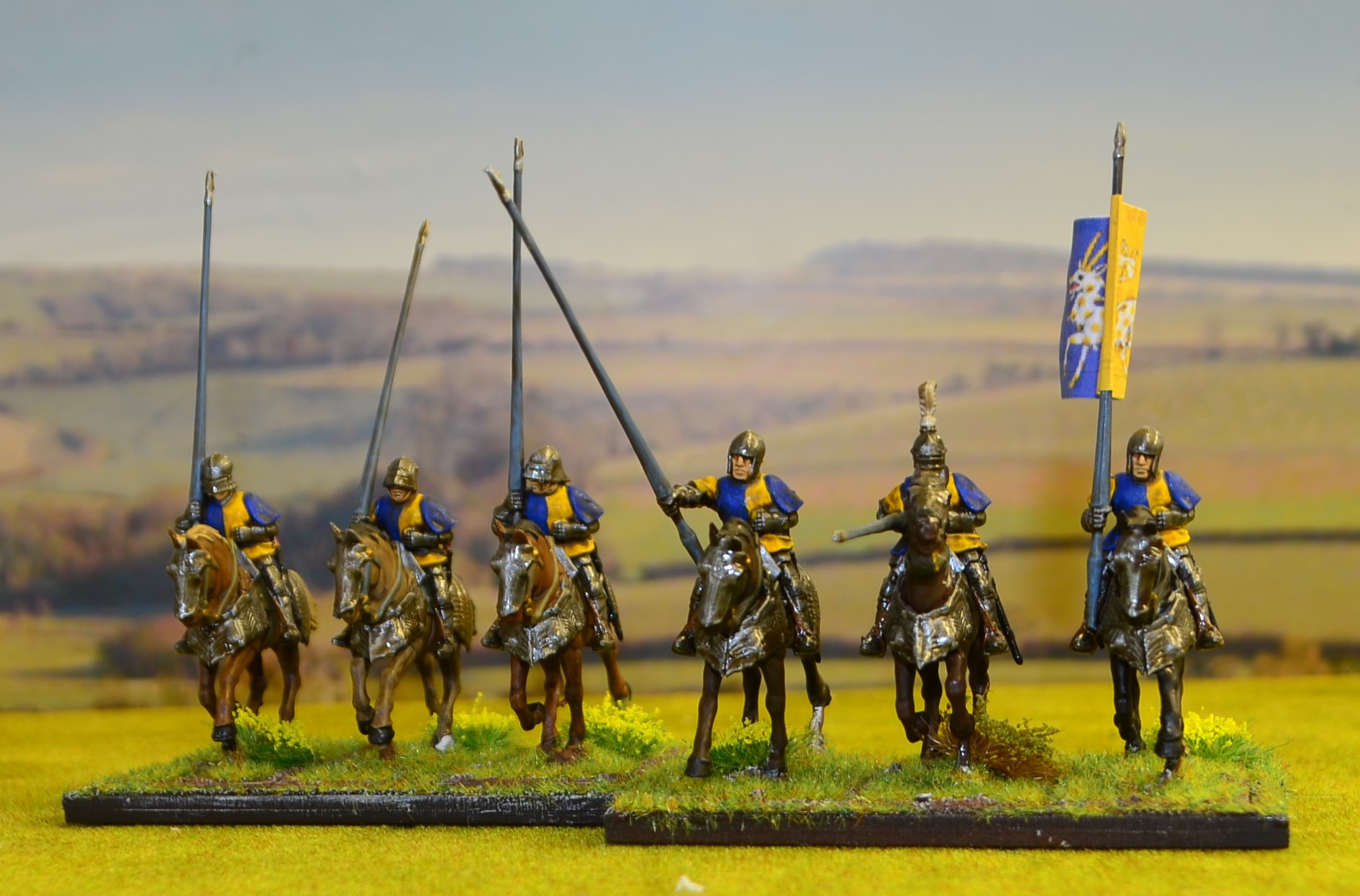 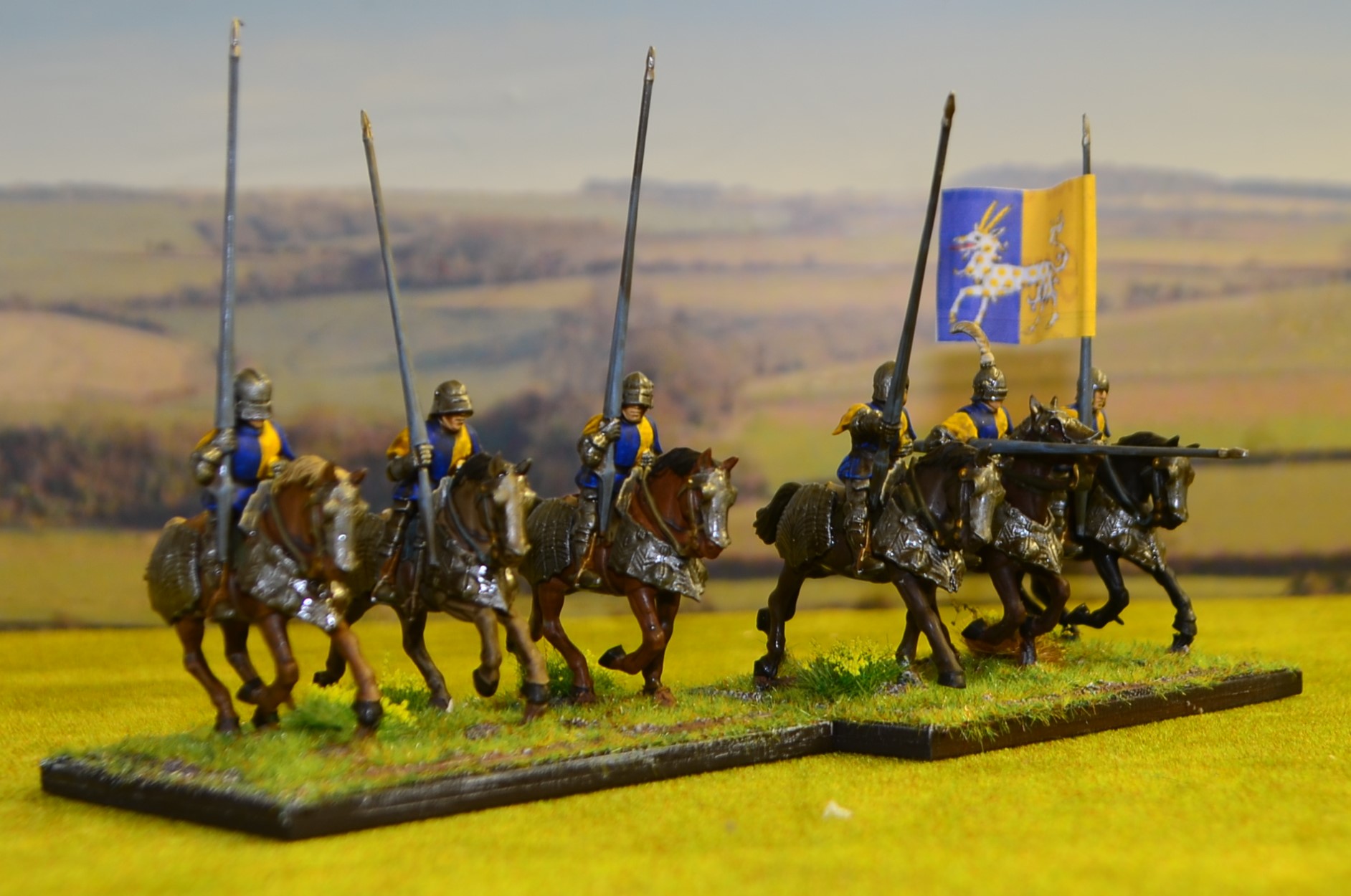 and in the last picture of this post you can see the first of my command stands - the Earl of Essex himself. The figures are from Front Rank 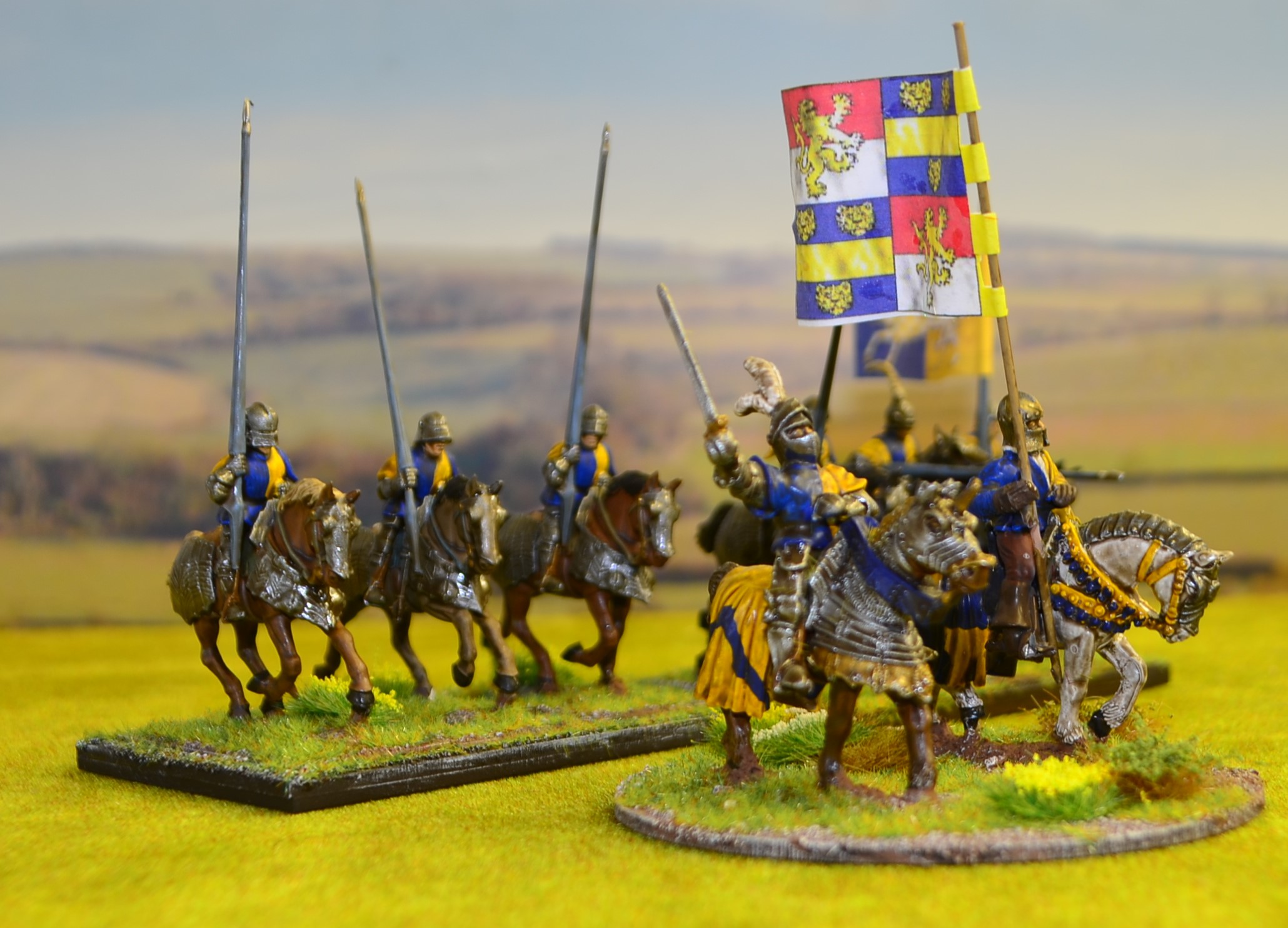