Latest news on the War of the Roses Project (part 2)

Back in January I announced the start of a new project - the War of the Roses. Part 1 the introduction can be found HERE

Suffice to say that in between extending the shed and dealing with all those other chores Mrs Shed has listed for me to do I have been busy cracking on with the project and am now at a point where I can begin to share some of my labours.

This post is going to focus on the rank and file of the forces needed in a War of the Roses game, chiefly the infantry.

To date I have now painted up 10 units of bowmen, 3 dismounted men at arms and 7 units of bill. They are in the main mostly Perry plastics but for a bit of variety there are five units of metal Front Rank figures. Each unit consists of 18 figures mounted on 1p coins and two command figures. The single figures are set up in six slot movement trays from warbases. The decision to field this army this way was chiefly because a local friend who has already put together a sizeable WOTR force did it this way.

As mentioned in part 1 all the shed players are putting together units for this campaign game and are following the same basing principles. We agreed that a standard unit in Hail Caesar would be 18 figures, a large unit 24, and a small unit 12. Should we need to a tiny unit could be six figures.  The multiple of six also works well for Lion Rampant. Cavalry will be based in units of threes with a standard force nine horses, large 12 etc.

Of course there will also be generals and commanders, mercenaries, gunners and Irish hordes to add to the mix.


As you will probably be aware my painting style is very simple, block paint, then dip with Army painter strong tone then matt varnish. With the armoured units I only matt varnished there faces, scabbards etc. The untreated dip gives the figures a great sheen. 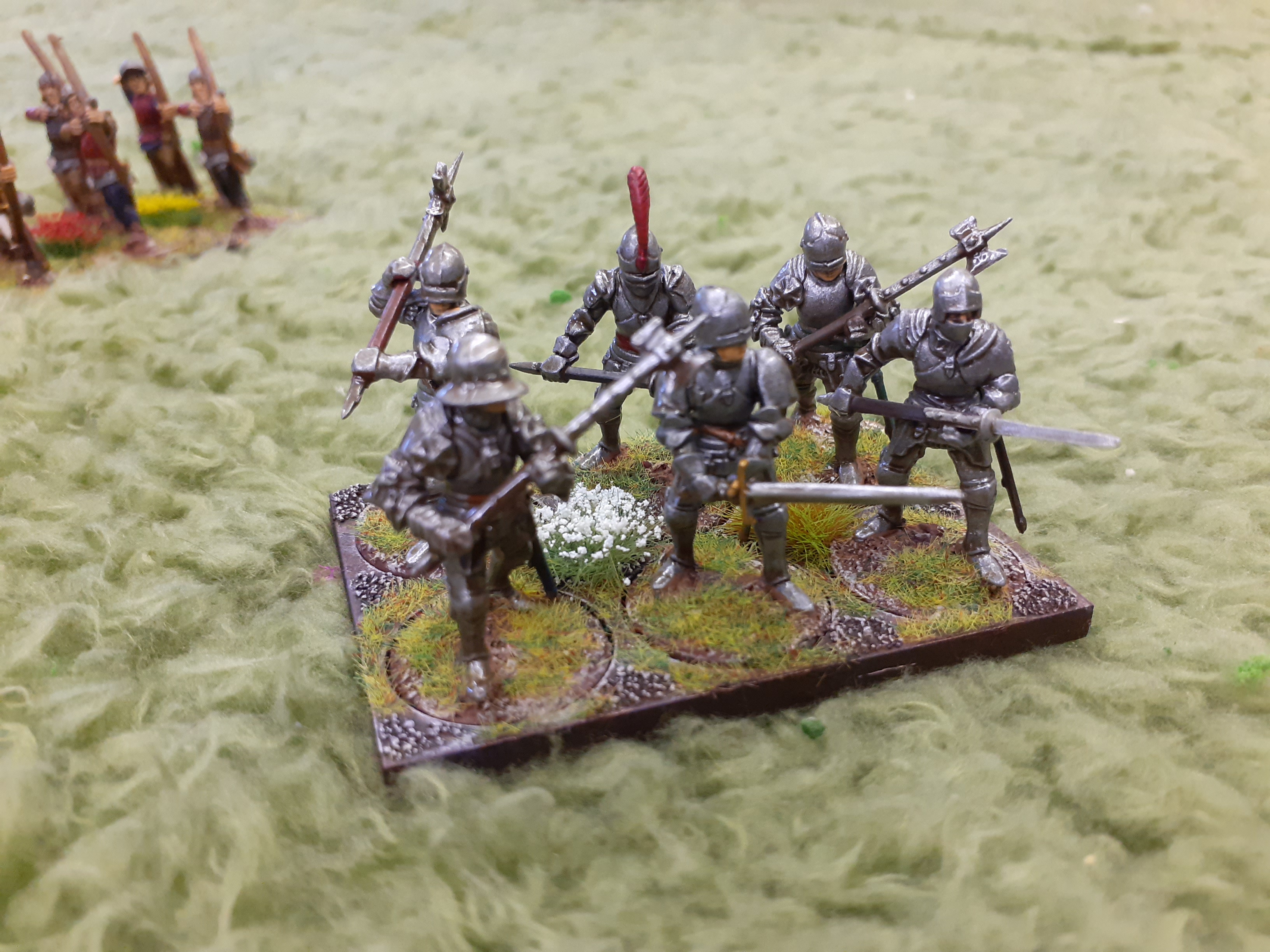 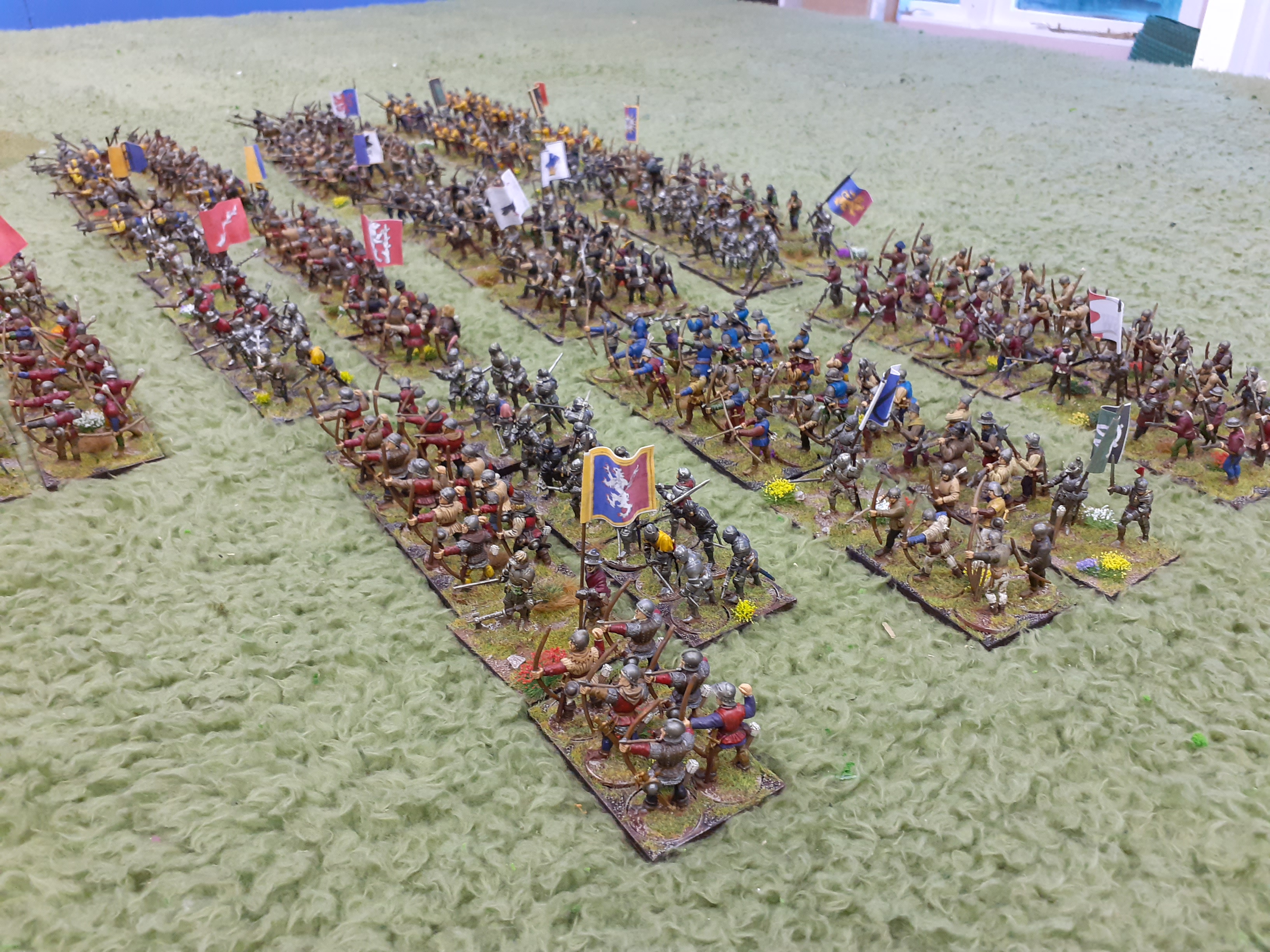 The force is now waiting for the cavalry, the guns and their mercenary contingent

Part 3 can be found HERE