After all the Wars of the Roses games we have been playing in the shed it was nice to get something different on the table. Fought between our battles of Bosworth and Tewkesbury a couple of weeks ago  I elected to take the Sudan scenario 'The Battle of El Teb' as the back ground for this game.

Forces, deployment and orders were exactly as specified in the book and it certainly delivered a great game in an evenings play. Alastair and Stuart commanded the British forces whilst myself and Mark K lead the Beja locals.

The last time these chaps saw aqction was our game called ...is Gordon Alive and the Brits were looking for a bit of payback. You can that scenario Here 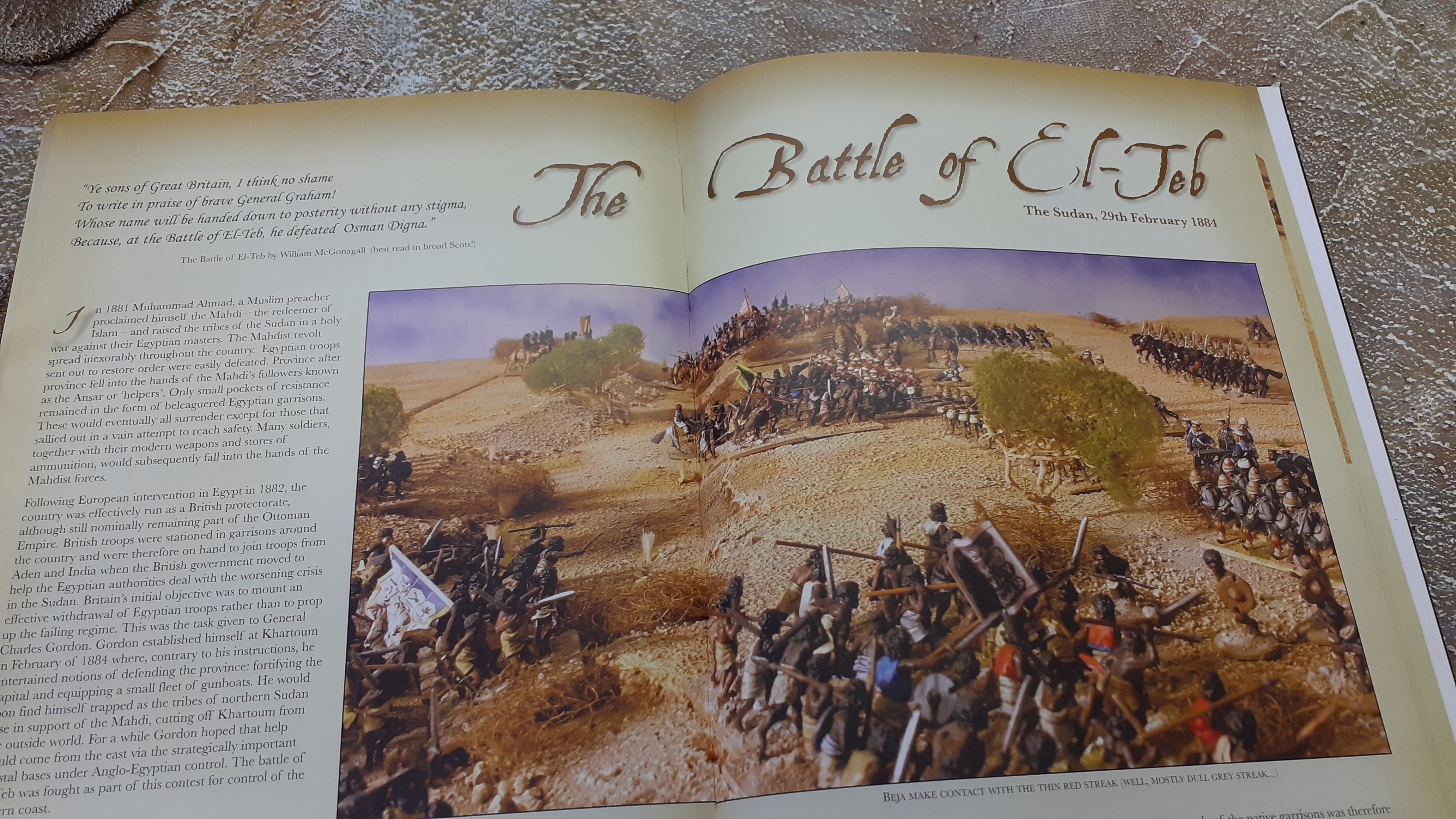 We played lengthways across the table which was 5ft x 12ft. Typically we reduce movement by 30% for Black Powder games but in this cvase we left things as per the rulebook.
The Brits are deployed at the far end of the table with the objective of crossing the dry river bridge, forcing their way over this hills and routing the local tribesmen. 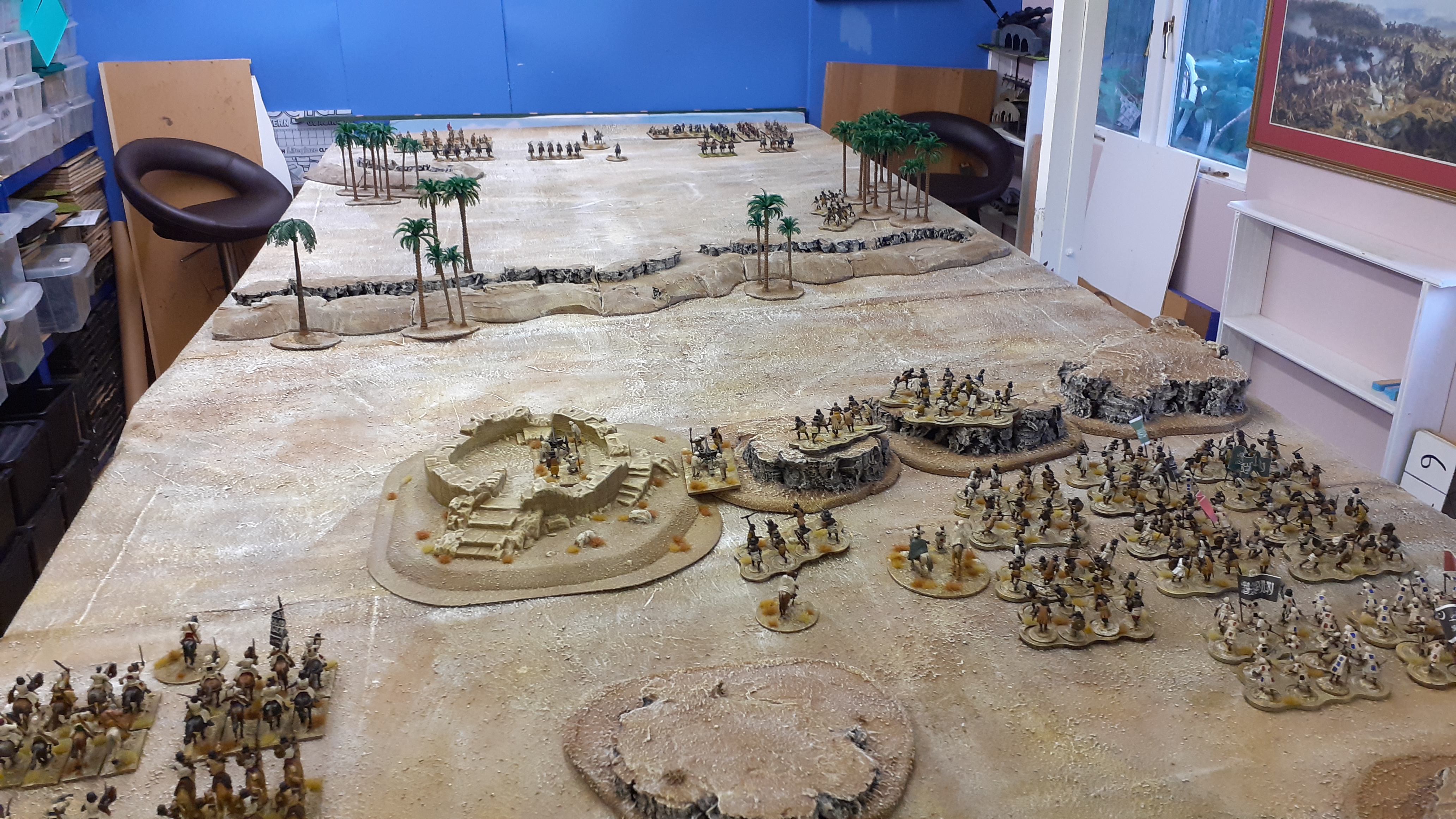 The British had six battalions of infantry (given space limitations these were represented by 12 men each), two units of full cavalry, a few mounted scouts and several pieces of artillery and gatling guns. 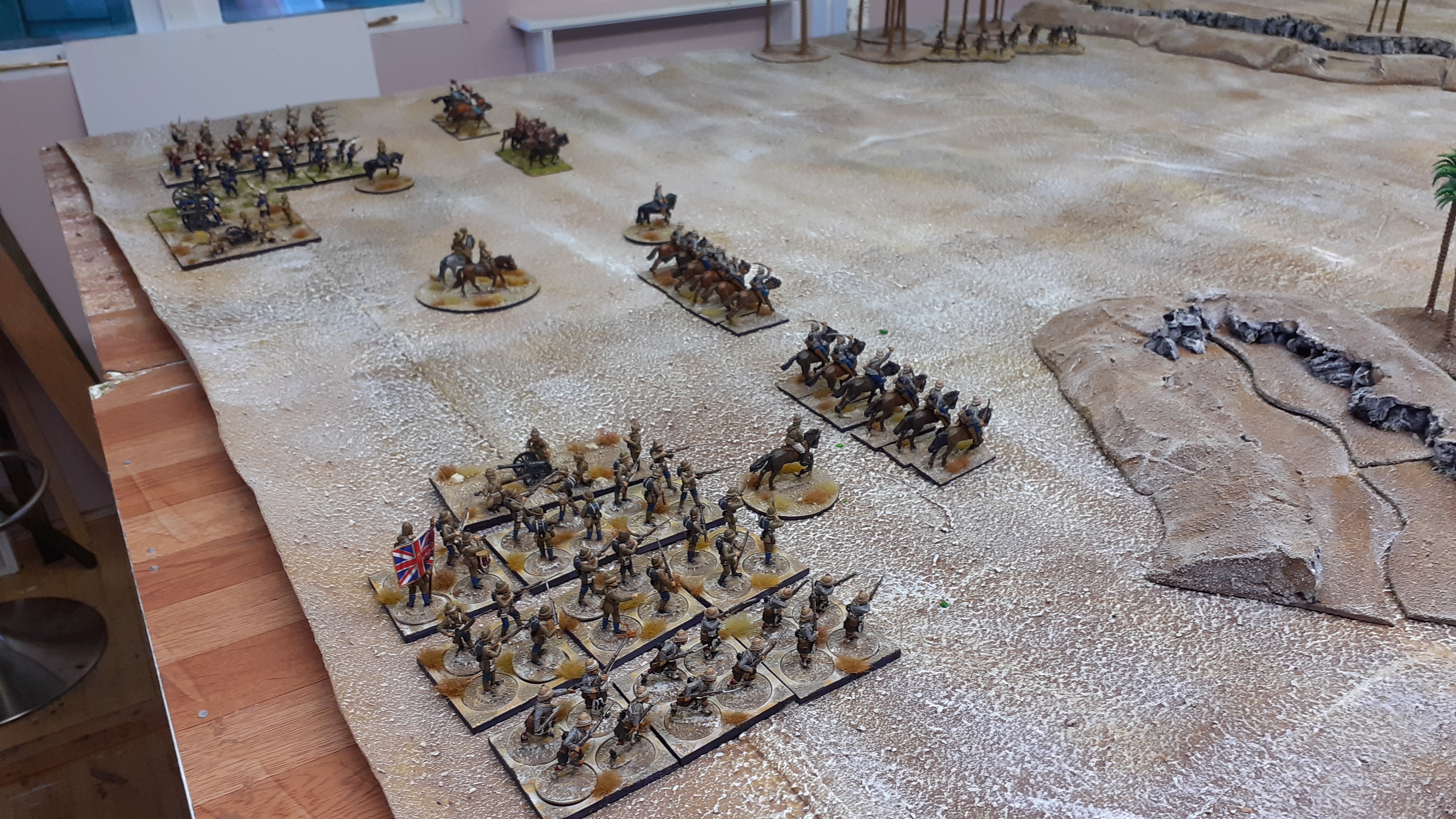 Confronting them were a large number of warbands and mounted horse and camels. Some captured artillery pieces sat atop the hills with rifle armed tribesmen. 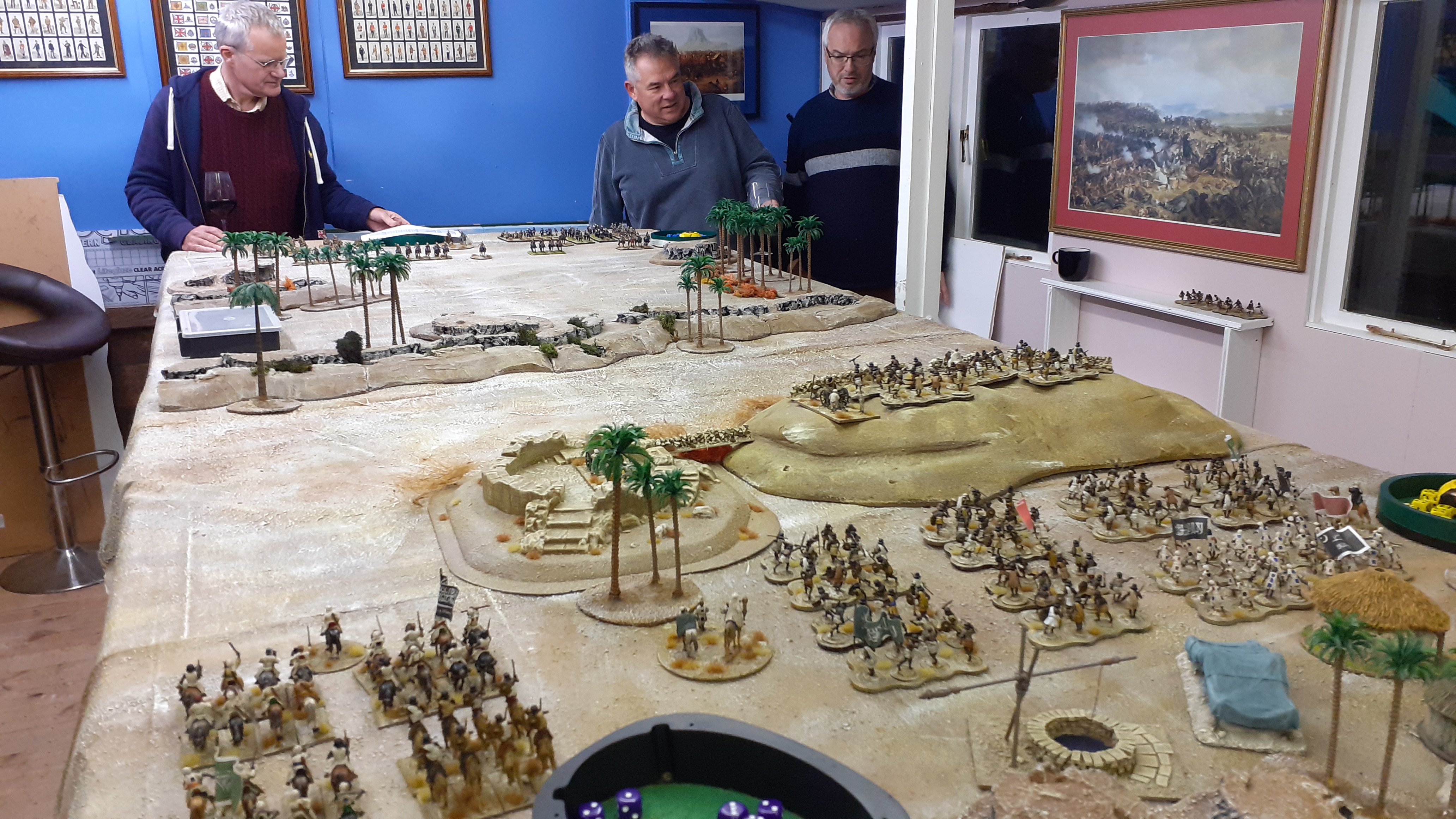 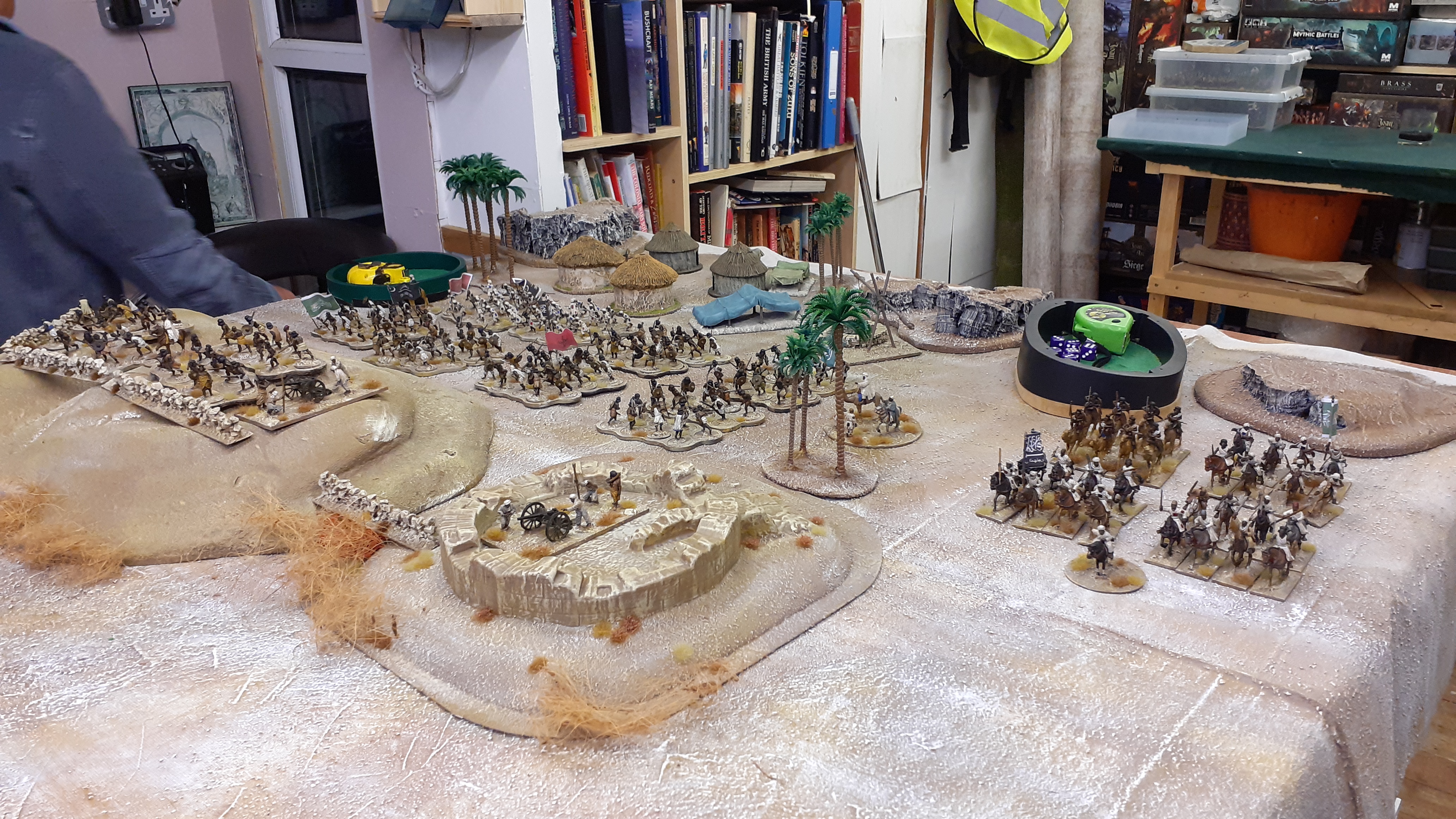 The British pushed forward in column quickly despatching some hidden ambushers in the scrub to their flanks. 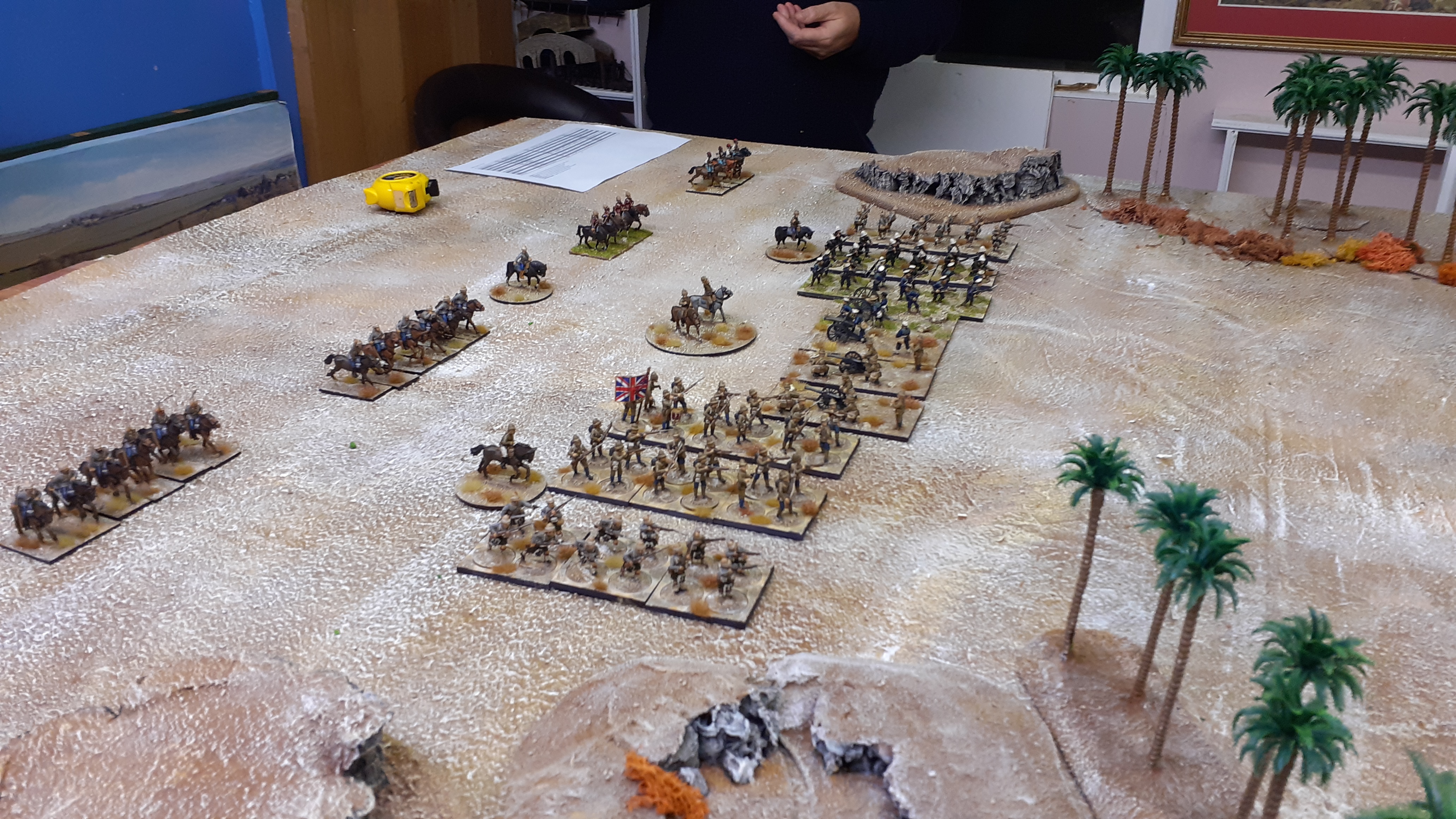 Finally they approached the river bed and strung out into line 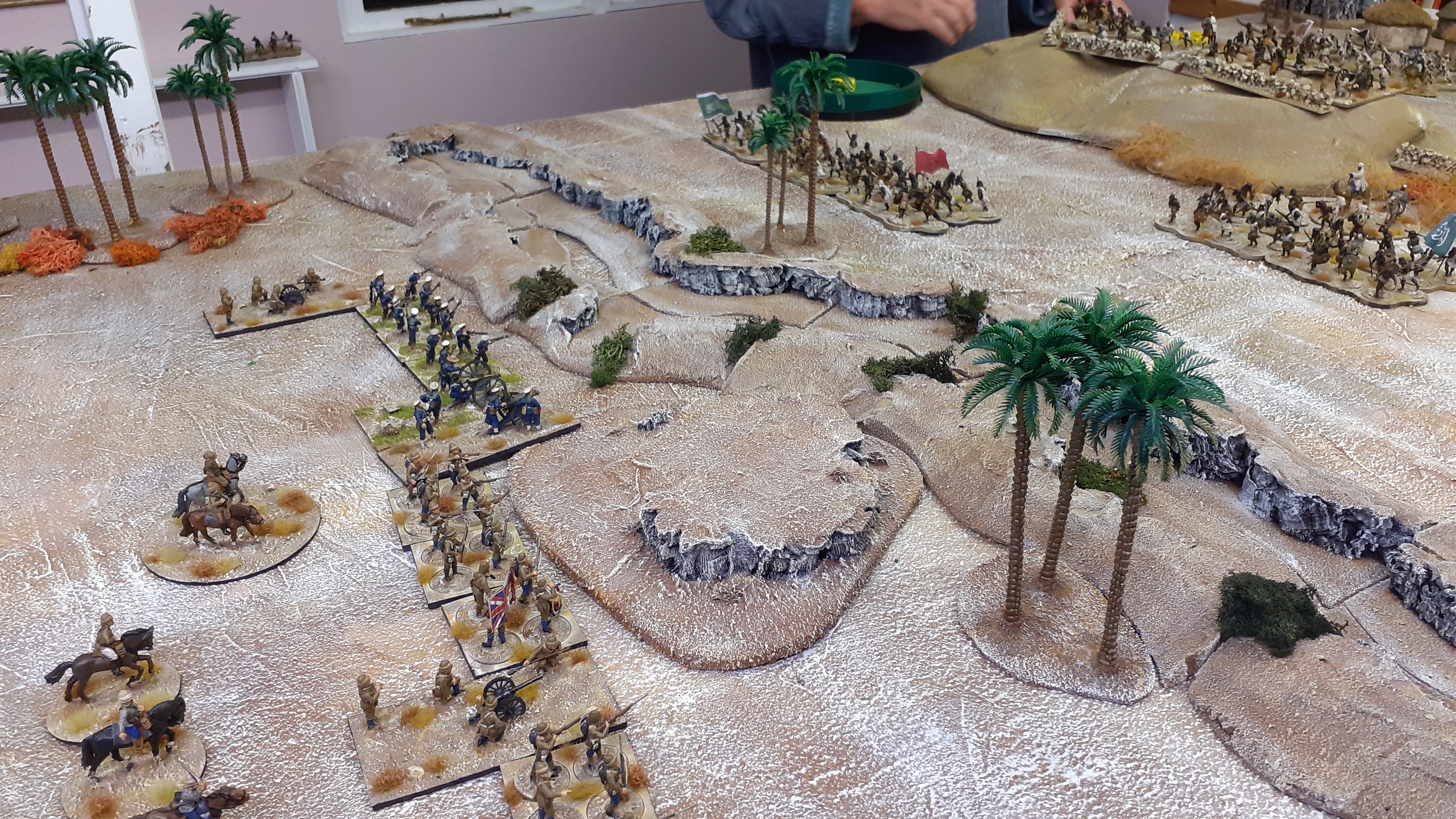 This was the signal for the Beja to advance. Several warbands scooted over the hills and charged towards the advancing British. Under the cover of their captured artillery they intended to hold these invaders at this point. 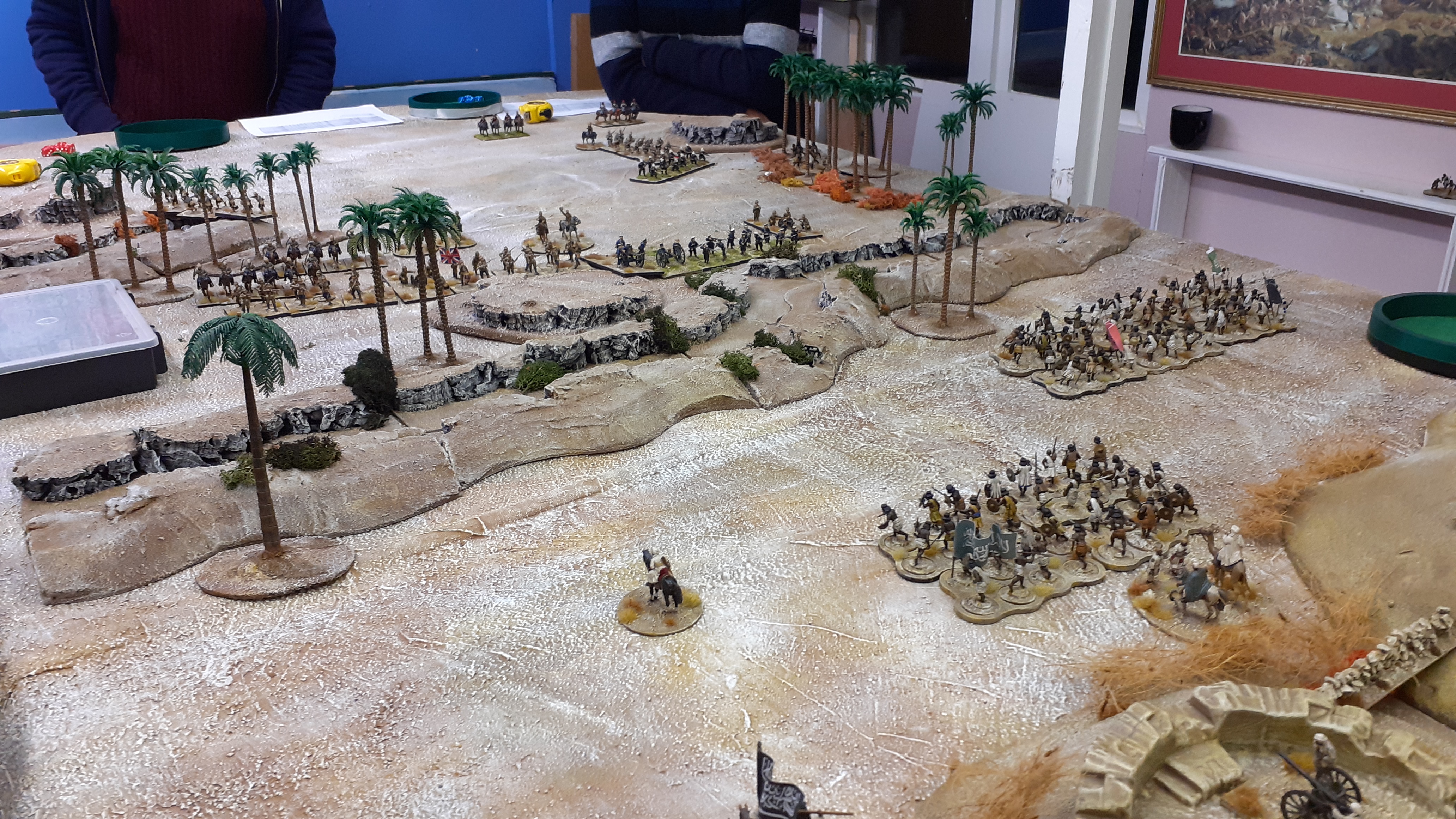 Within a couple of turn a furious melee had erupted in the dry river bed. The combination of Beja fanaticism and poor volley firing from the British saw several battalions start to waver and collapse. 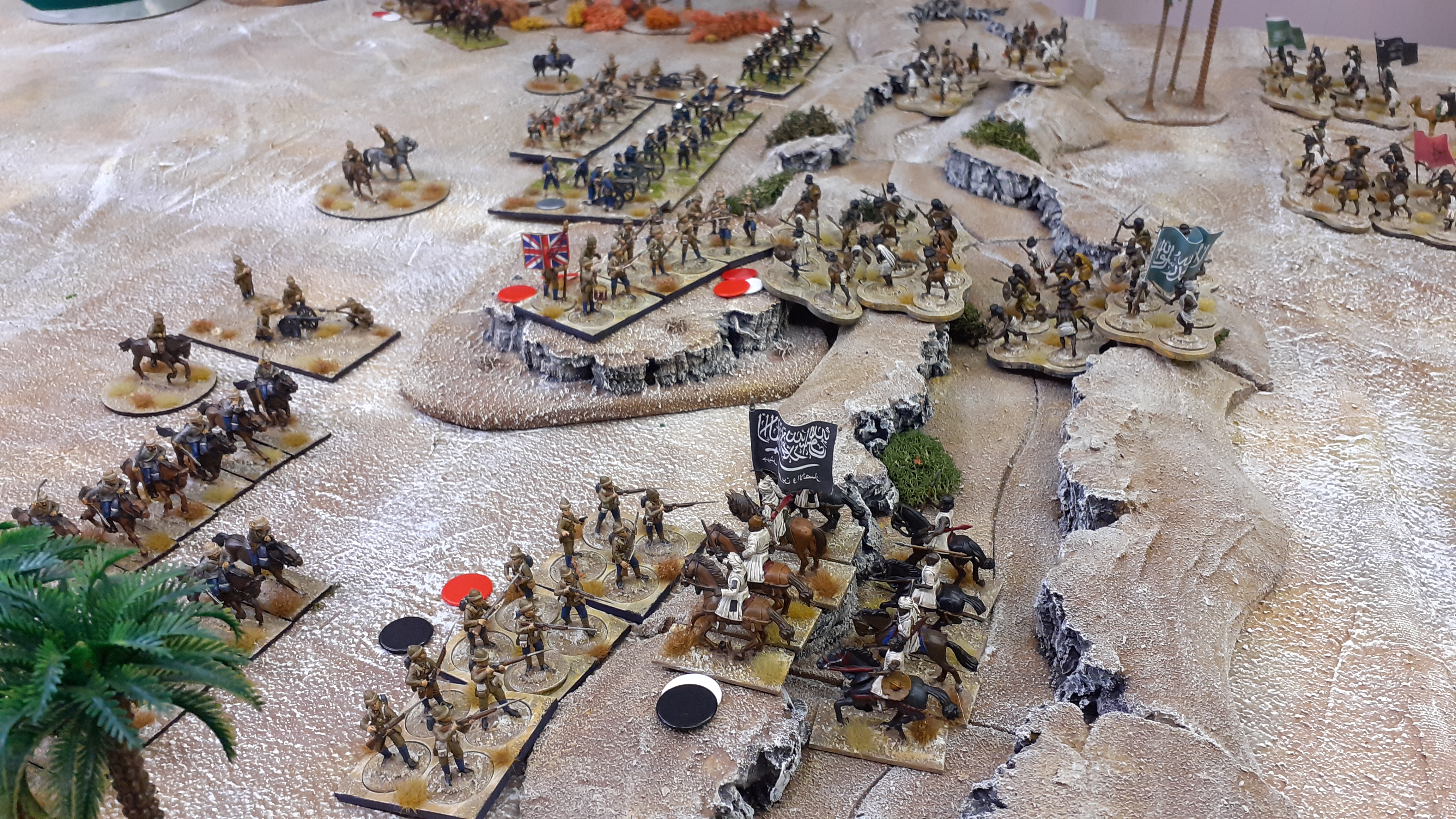 Casualties amongst the locals were horrendous but they had the advantage of numbers and kep ploughing forward with blind regard to their safety. 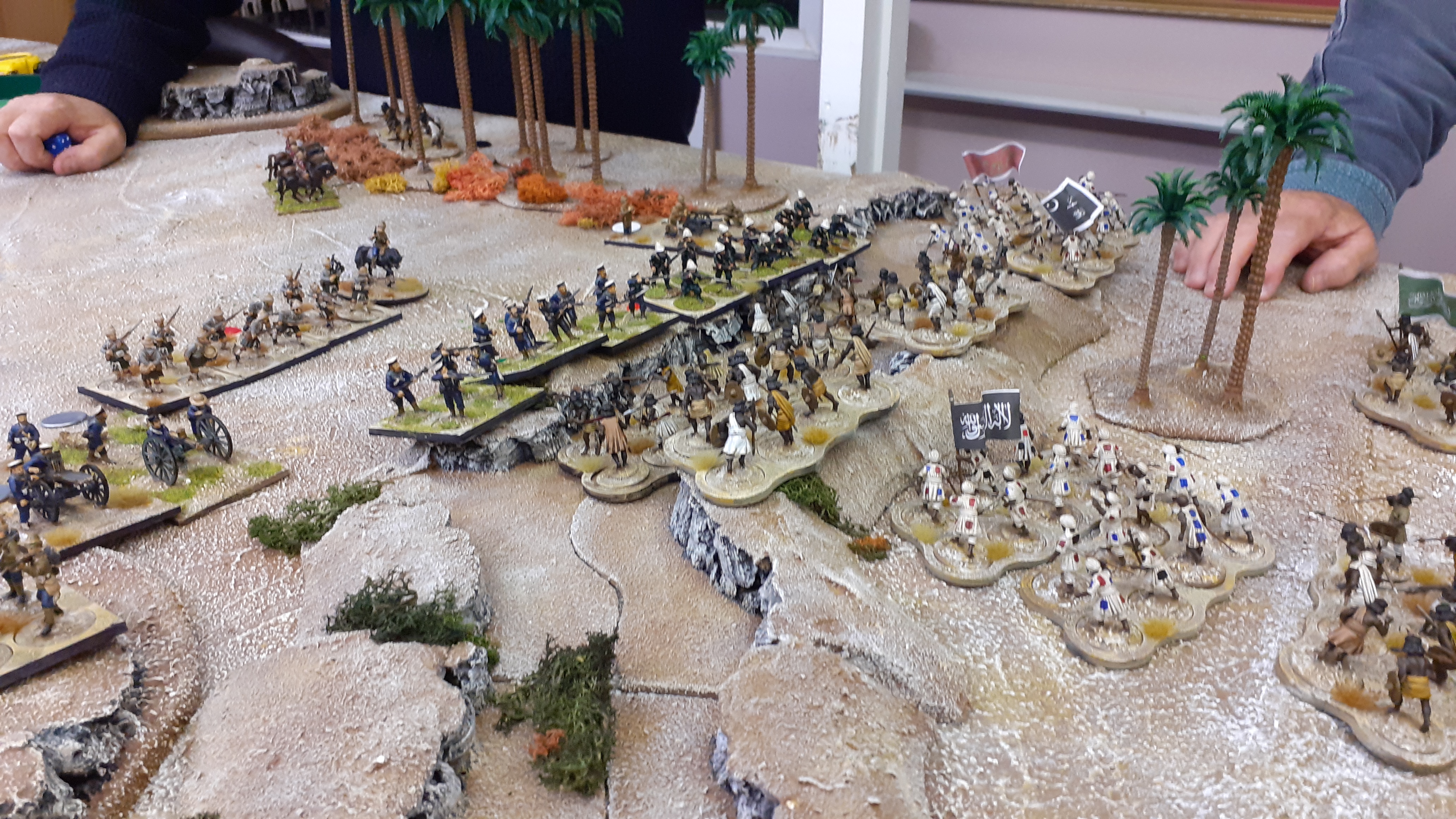 Within about 30 minutes of game time fighting the Brits held the riverline but their force was broken and with the exception of their intact cavalry could no longer advance. 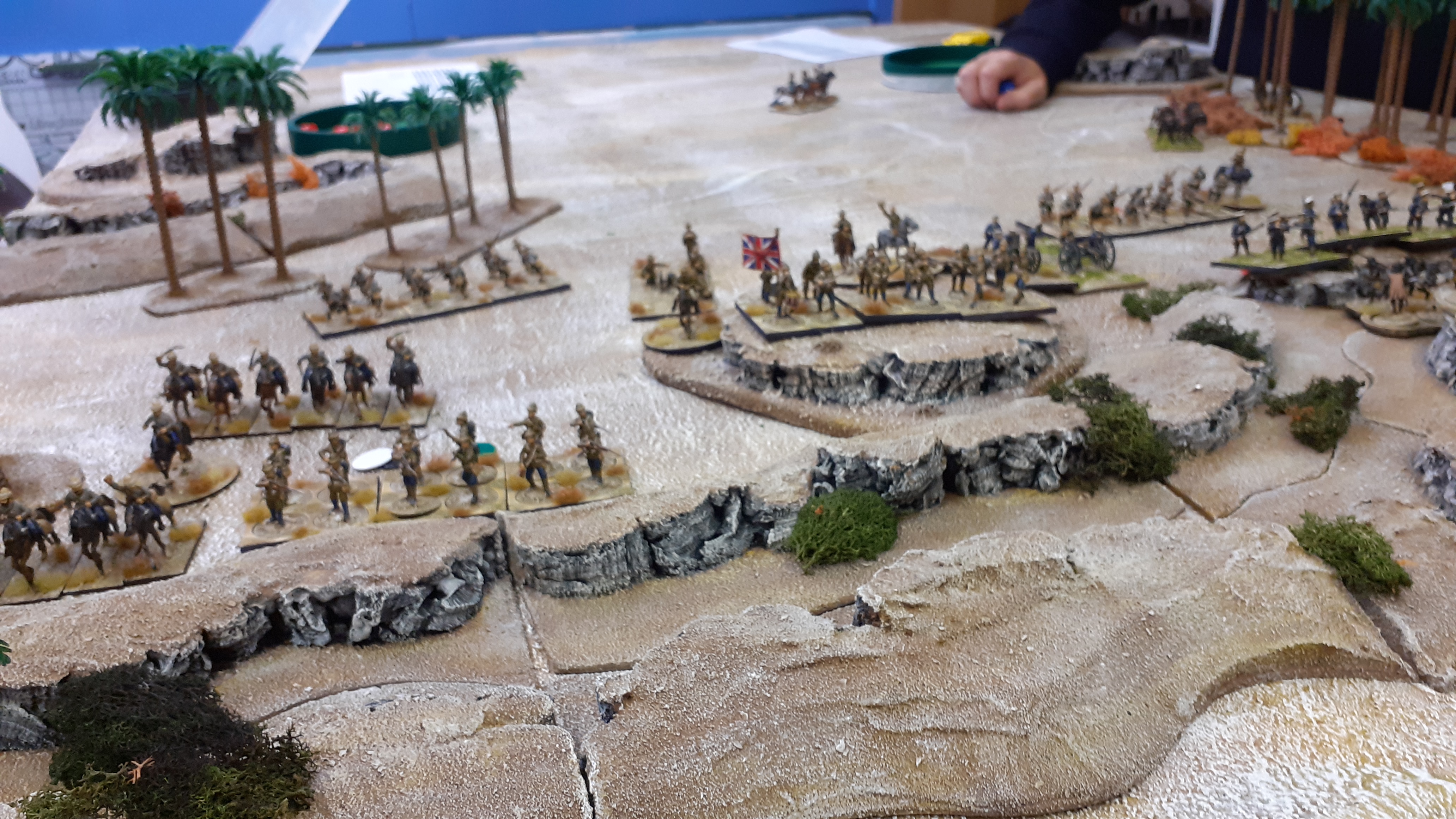 Likewiose the Sudanese were shattered most of their infantry had run and a few lone horse patrolled the flanks. Their artillery now engaged in a pointless duel with the British guns. 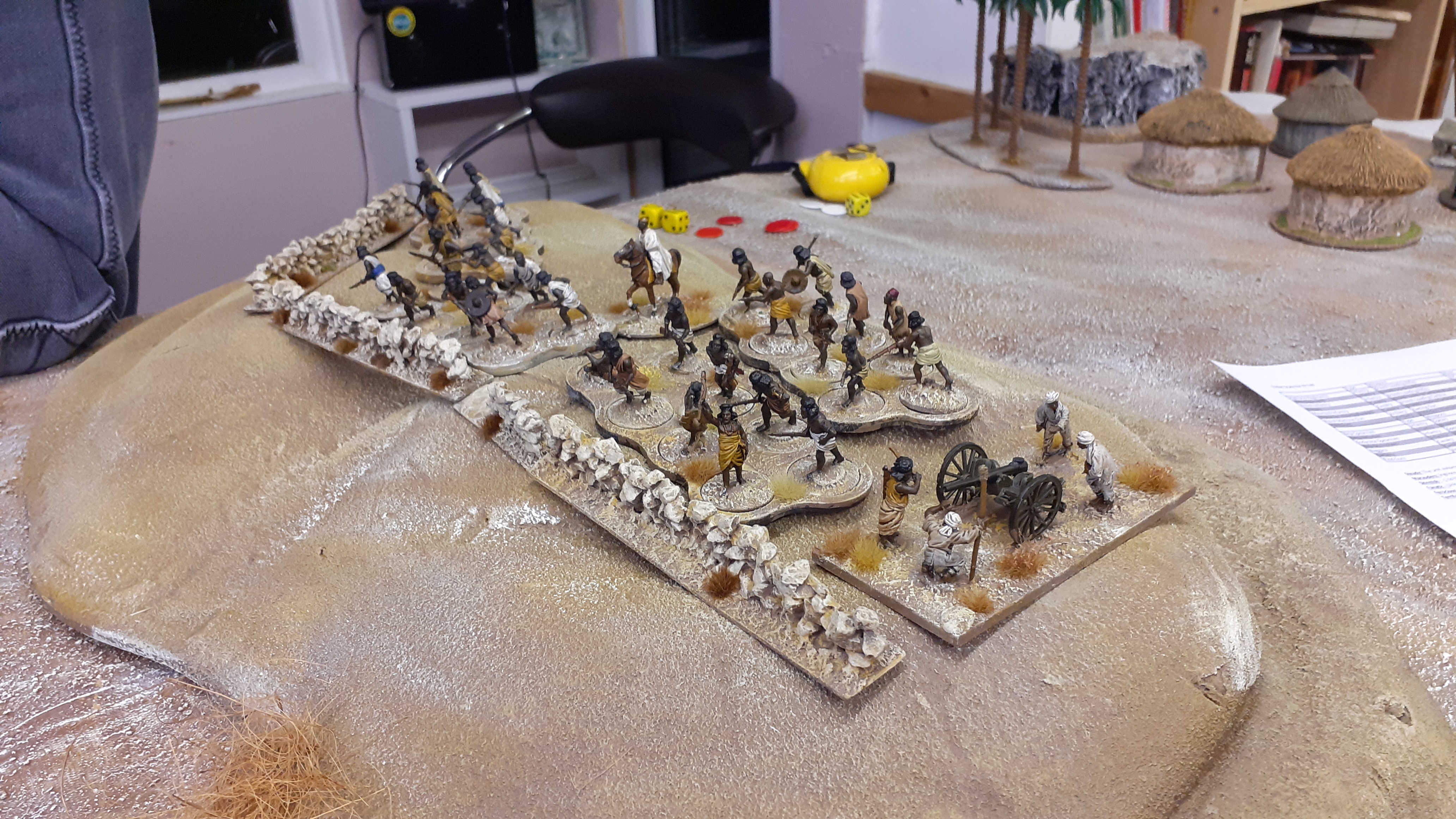 Neither side could advance so a draw was called. 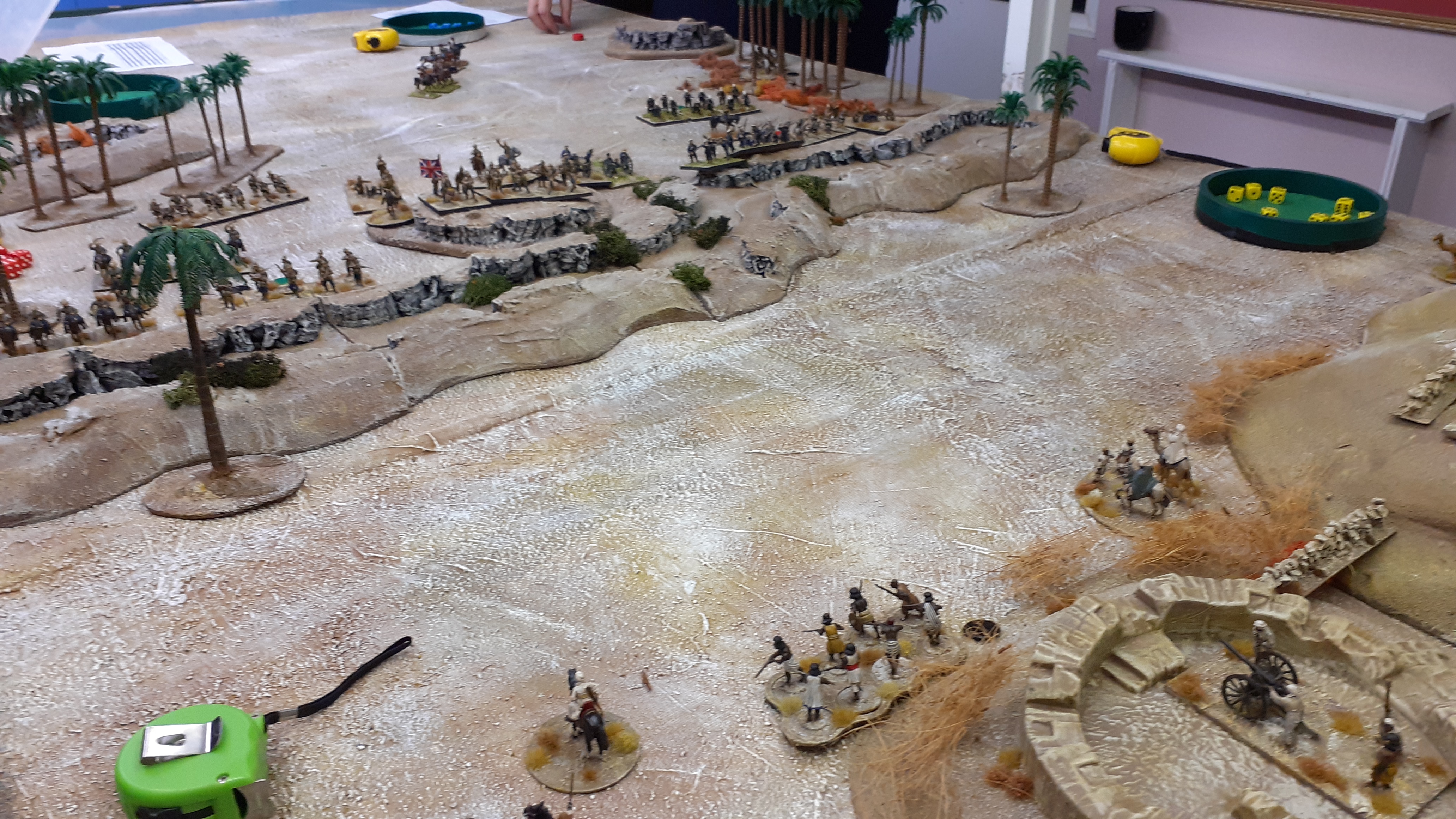 A great game, looked lovely and set us up for more colonial games in the near future
Stay safe folks
Posted by Eric the Shed at 17:15