Apologies for the radio silence. Over the last few weeks Mrs Shed and I have been spending much of our time looking for a new home (still looking). Given the shedlets have now grown up and we have both started on our early retirements we are looking for life's next new adventure, we have subsequently decided that this will be outside of the suburbs of London. Specifically where is a matter for debate but it does mean that the Shed will be moving. As things develop I'll keep you posted.

In the meantime this is just a brief up date on another wargaming thing going on.

A new army enters the shed - 28mm Dwarfs - most likely to be used in Saga Age of Magic but will also feature in a planned battle of the five armies game next year. The bulk of these Dwarfs come from the excellent Conqueror range - currently on a special offer

As you would expect you get missile troops, spears and other assorted weaponry. To bulk out my starting army I procured a couple of boxes of the Oathmark Dwarfs (Light and heavy infantry). Although stylised differently to the Conqueror models they are of similar size and bulk. With a common colour palette thewy seem to go well with one another. 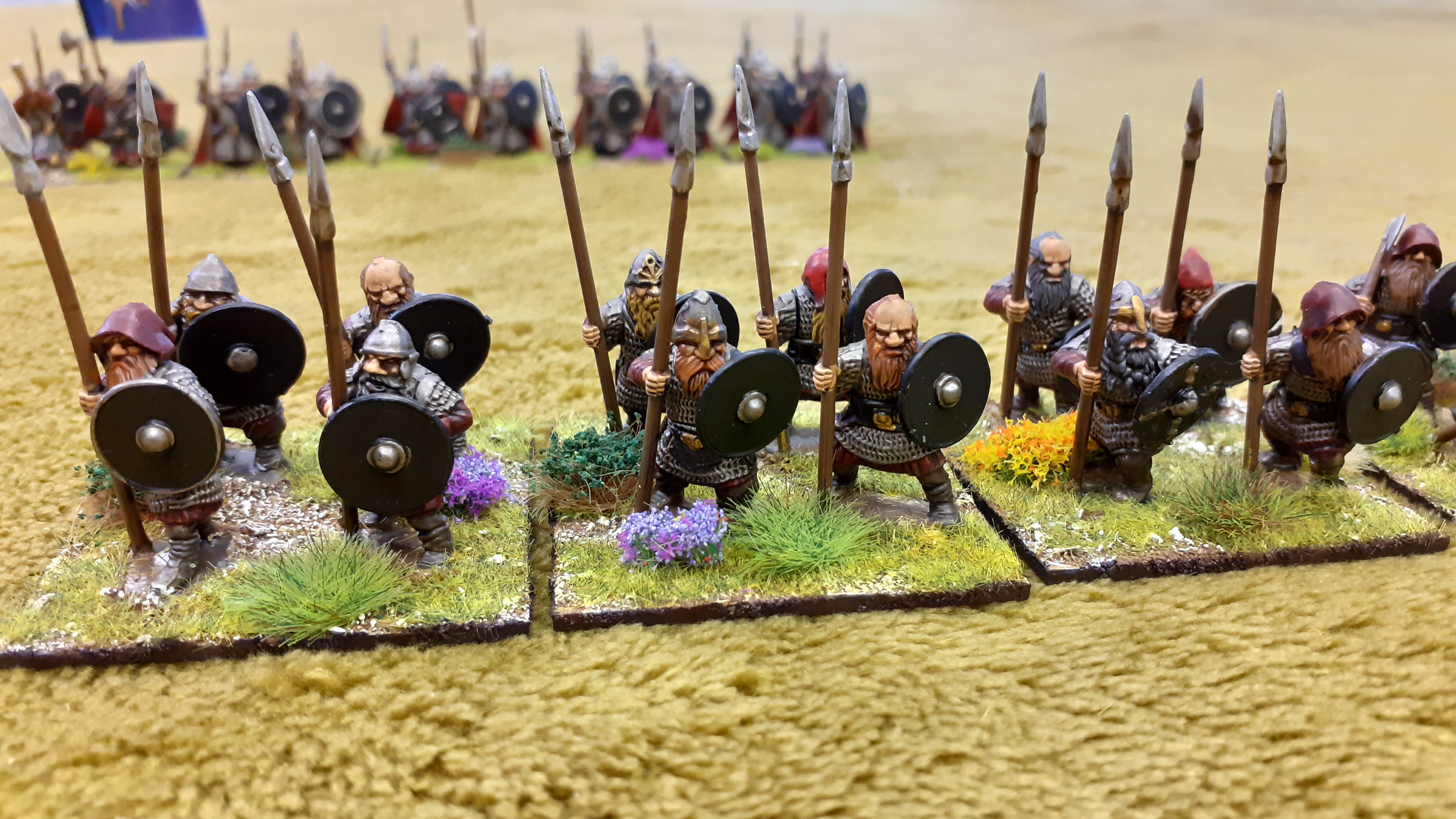 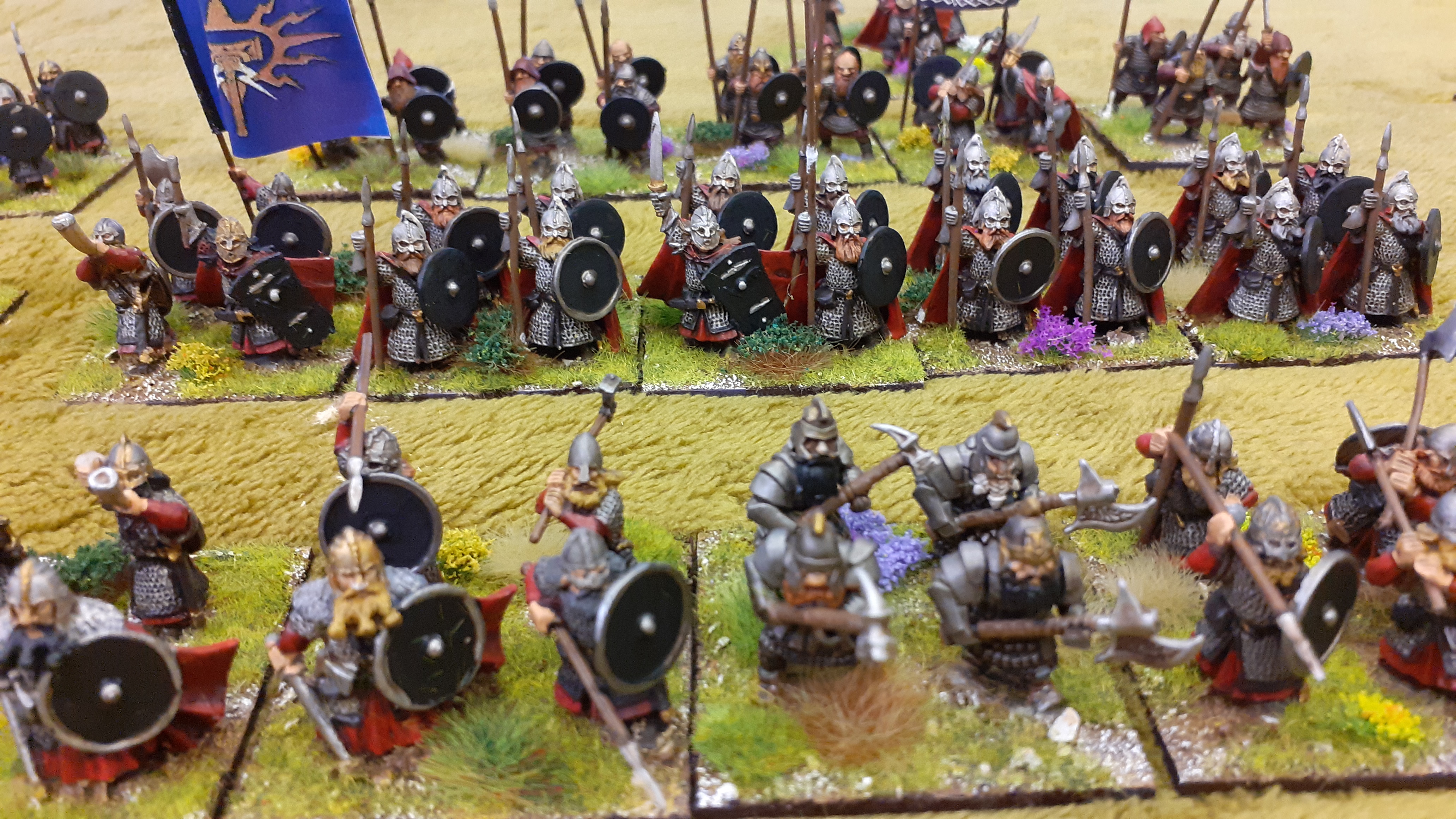 Before I sign off this army was painted in a slightly different way to previous ones. As many of you will be aware my painting style is very simple. A straight grey primer followed by block colour painting, followed by army painter strong tone and then brushed on matt varnish.

This time round I dropped the army painter and substituted the stage with a wash of GW's Earth Agrax Shade. I think it is as good as the Army Painter strong tone dip.

Email ThisBlogThis!Share to TwitterShare to FacebookShare to Pinterest
Labels: Fantasy