So my marathon gaming sessions of Never Mind the Billhooks finished on Tuesday night. The Shed was delighted to welcome Mark and his gaming friend Stuart along with wargaming royalty Captain Blood, famous on the Lead Adventure Forum for his glorious painting talent.

First up a massive apology to all involved. I was so wrapped up[ in the game, and knackered from a 5am start I completely forgot to do my journalistic bit and take lots of pictures. There are a few but not enough to tell the full story of the battle, nor to capture the good Captains gorgeous figures.

Again this was to be a simple affair with 100 points aside (excluding three regular commanders). Each player was then given an additional unit to his muster. I think the Yorkists, Richard and myself did rather well here receiving an additional man at arms and a bill unit versus the Lancastrians deal of a handgunner and an archer unit.

The table was relatively simple with a few woods and some hills. No hedges to slow down movement. 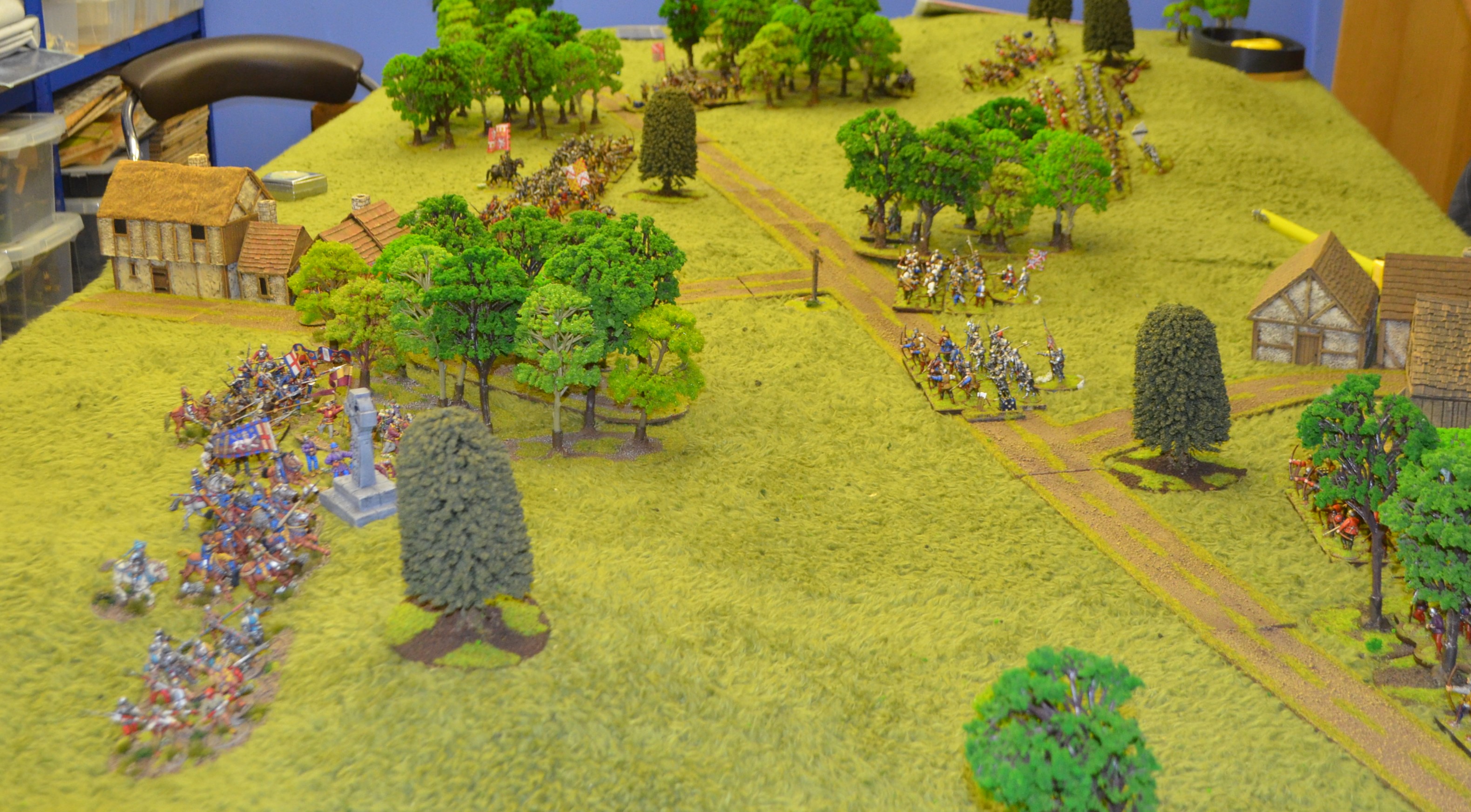 Having placed our troops by ward we cracked on with the game. There was the usual exchange of skirmish and bow fire before the meat grinding began.

One particular highlight of the game was when Blood charged his light horse 24" across the table into a lone unit of bows. They failed to stand and shoot and in their haste to get away could not escape the clutches of the charging horse. 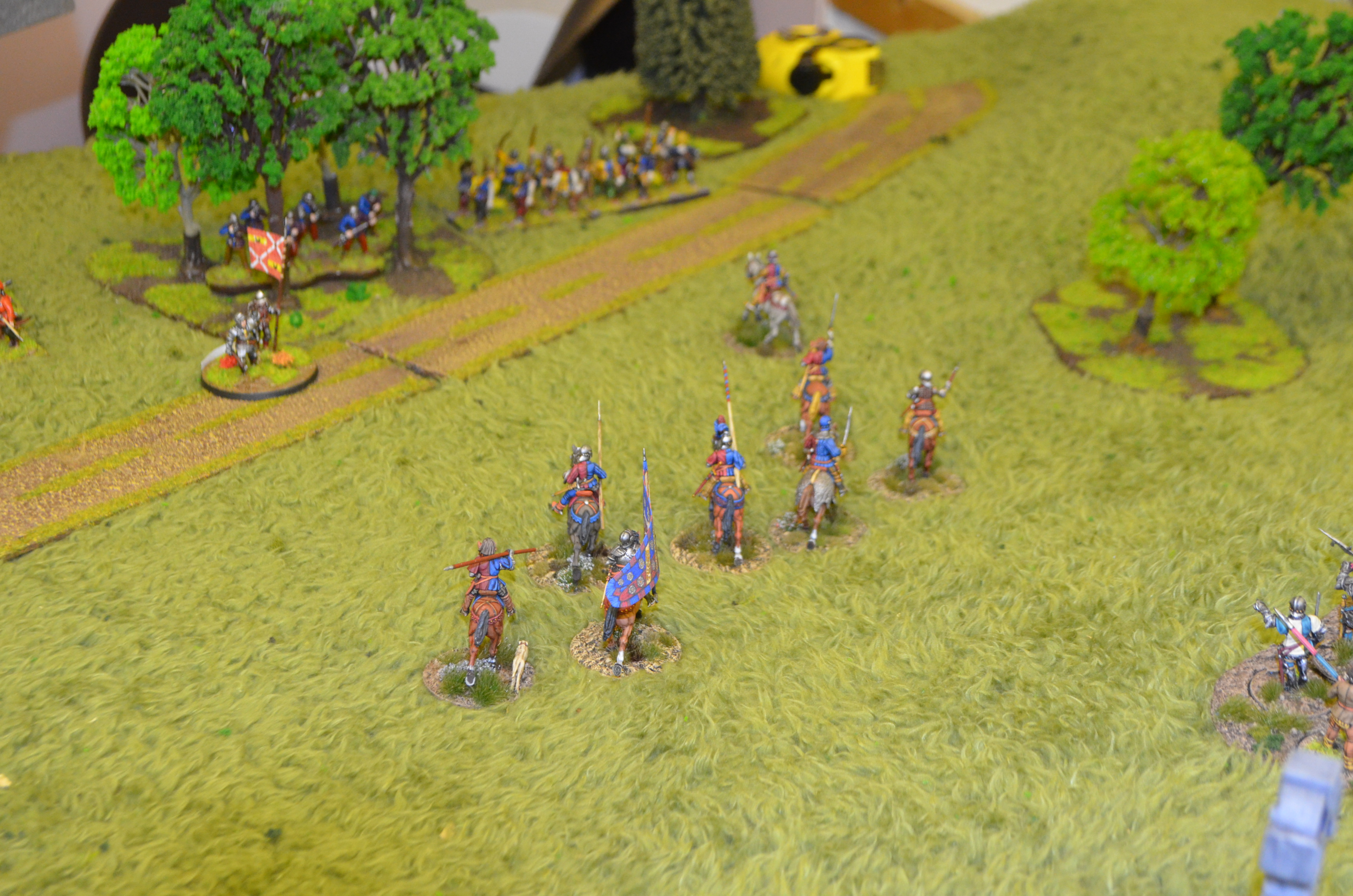 The rout of the bow had a knock on effect on the skulking handgunners - these too fled from the field.

Elsewhere our forces in the centre were slowly winning the war of attrition with Mark and Stuart. 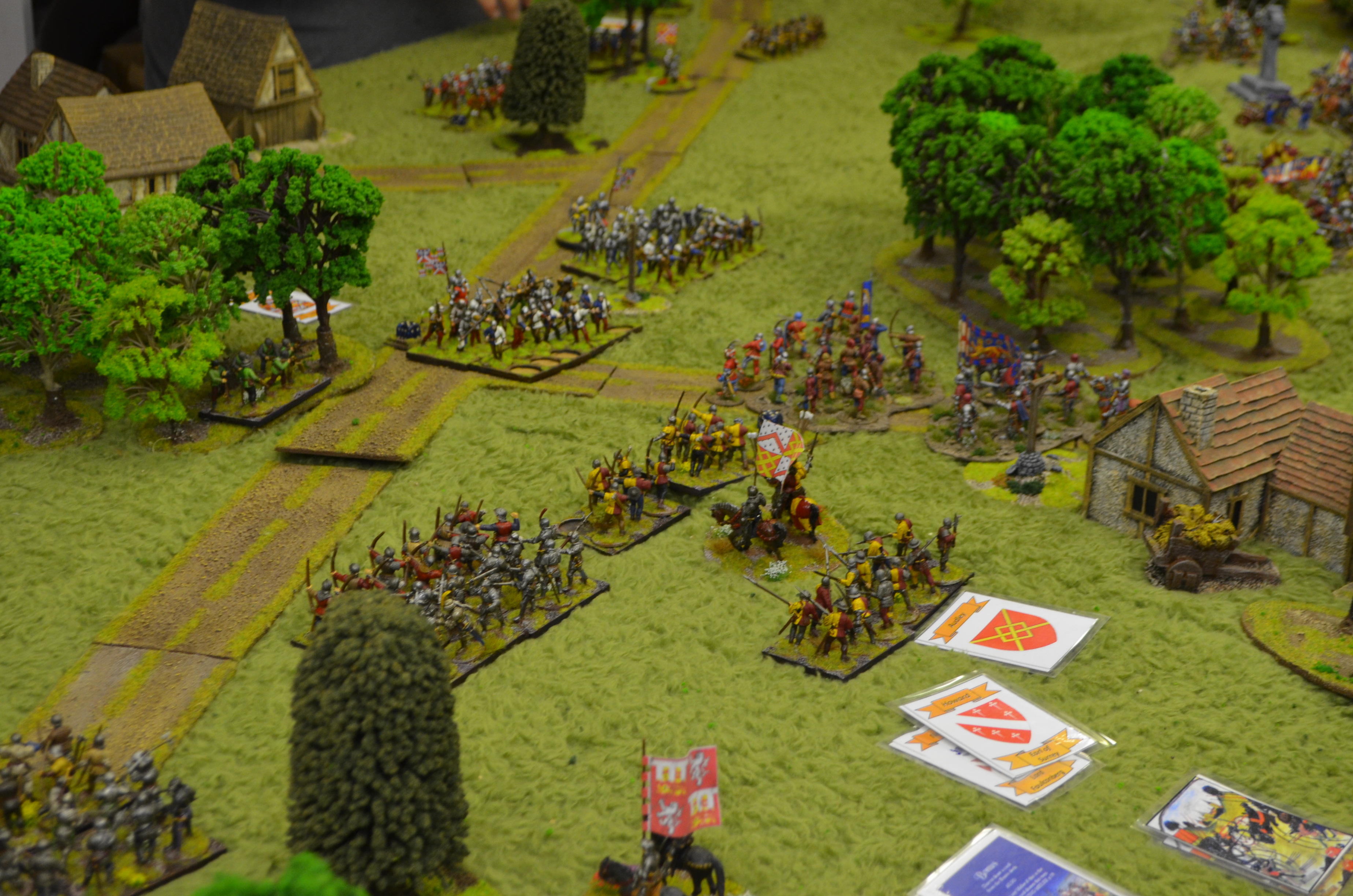 It was on our left flank (my command that things were looking precarious as Stuarts Archers significantly outnumbered the Earl of Surrey's command and were causing numerous casualties. The Earl was defeated and killed when a unit of his bill rashly charged a unit of Stuarts Men at Arms. 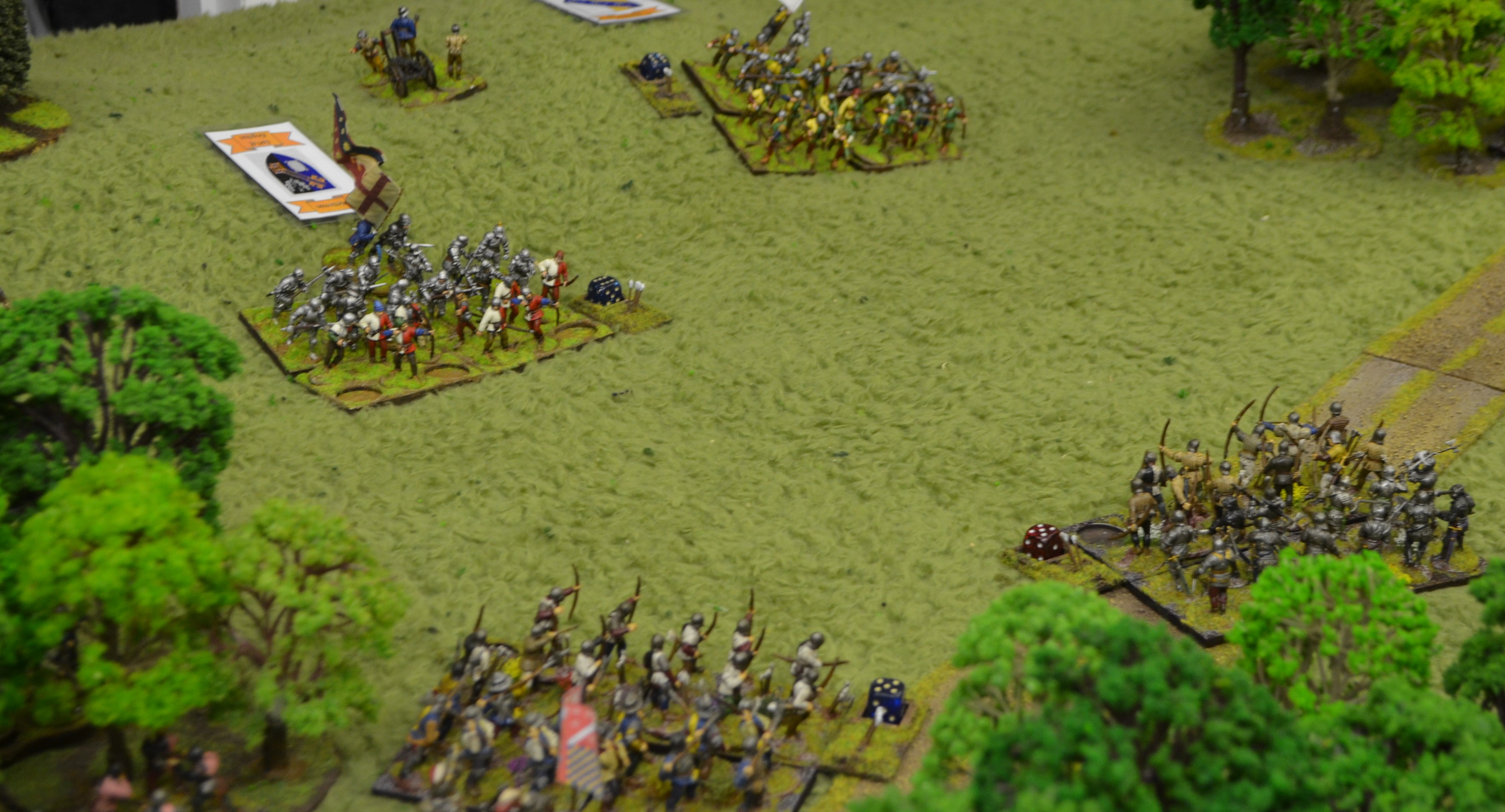 I needn't of worried Blood's cavalry charge had tied up almost a third of the Lancastrian forces and we were winning the centre. With the fighting only going one way Lancastrian morale collapsing rapidly the Yorkists clinched a major victory. A big thank you to all the players and I can report 4 wins from 4 games.

This was an interesting game - I can report no cannons exploded (both sides had one), we saw a great use of cavalry and perhaps most importantly two players who had not played the rules before were quickly into the swing of things.

Following Monday's game I have been in contact with Mark K and we have decided to work our way through the actual historic battles of the War of the Roses and so this Monday (subject to no change in Covid restrictions) we will feature the first battle of St Albans.