I have a dream that one day I'll be able to run a pulp game from an English Village, through to a German Zeppelin airbase......on route the game would take the players to a world of ice, jungles and dinosaurs. To travel the world they would go by ship. So the ambition of building a steam tramp-ship started.
The boat is approximately 5ft long with a width of one foot. It will be constucted of levels that stit on top of one another. Interconnecting stirwells will allow figures to travel from one deck to another. Several staircases will be present allowing the opportuntinity for players to run from deck to deck. 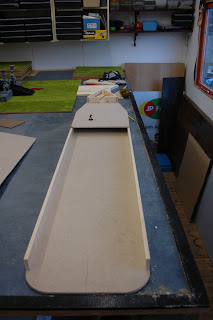 The figure on board the boat is a 28mm Copplestone Swat Trooper. I also aim to but a few SAS types and some Somalian Pirates. THis way I can run some hostage at sea scenarios. 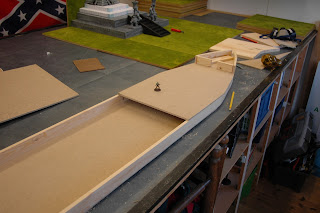 You can just about ,make out the boat in profile one one of the roller tables in my shed. 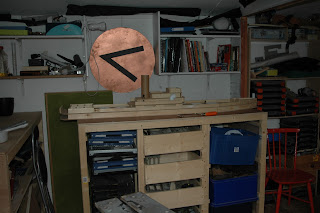 This is the ship 'assembled' in bits awaiting gluing painting etc...more to come.... 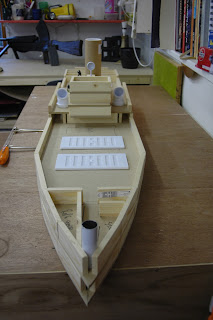 Email ThisBlogThis!Share to TwitterShare to FacebookShare to Pinterest
Labels: The Lost World