The Keep - Tales of Shedwood part 1

I have finally started to crack on with the ‘Tales of Shedwood Forest Project’ and as I am sure all of my readers and followers will agree not only does Nottingham need a castle it will need to be impressive.

I decided that the central part of the fortification will be the Keep, a tall large imposing square tower. This will be built in such a way that it can either stand within its own inner and outler bailey or alternatively stand alone.

The starting point was to build a box out of foam core to ensure that this would be a strong unit. I did debate on whether this should be ‘openable’ but in the end I settled on a solid structure. 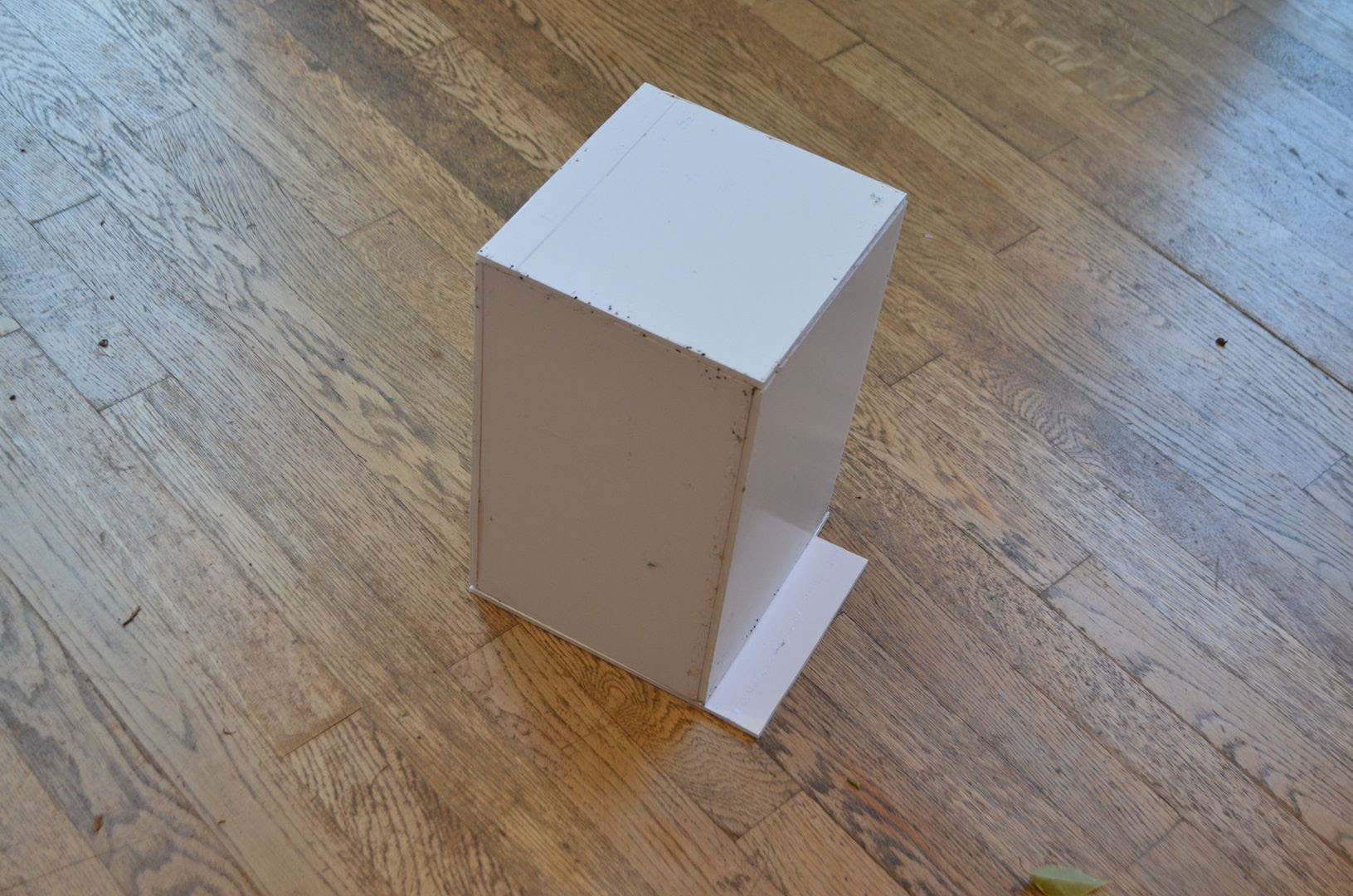 Once the glue had dried I then clad the walls in 6mm blue foam sheets. I bought these a couple of years back at a show and they were perfect for the job. Prior to fixing these I cut out the very few arrow slits. The panels were then fixed to the foam core with PVA glue. 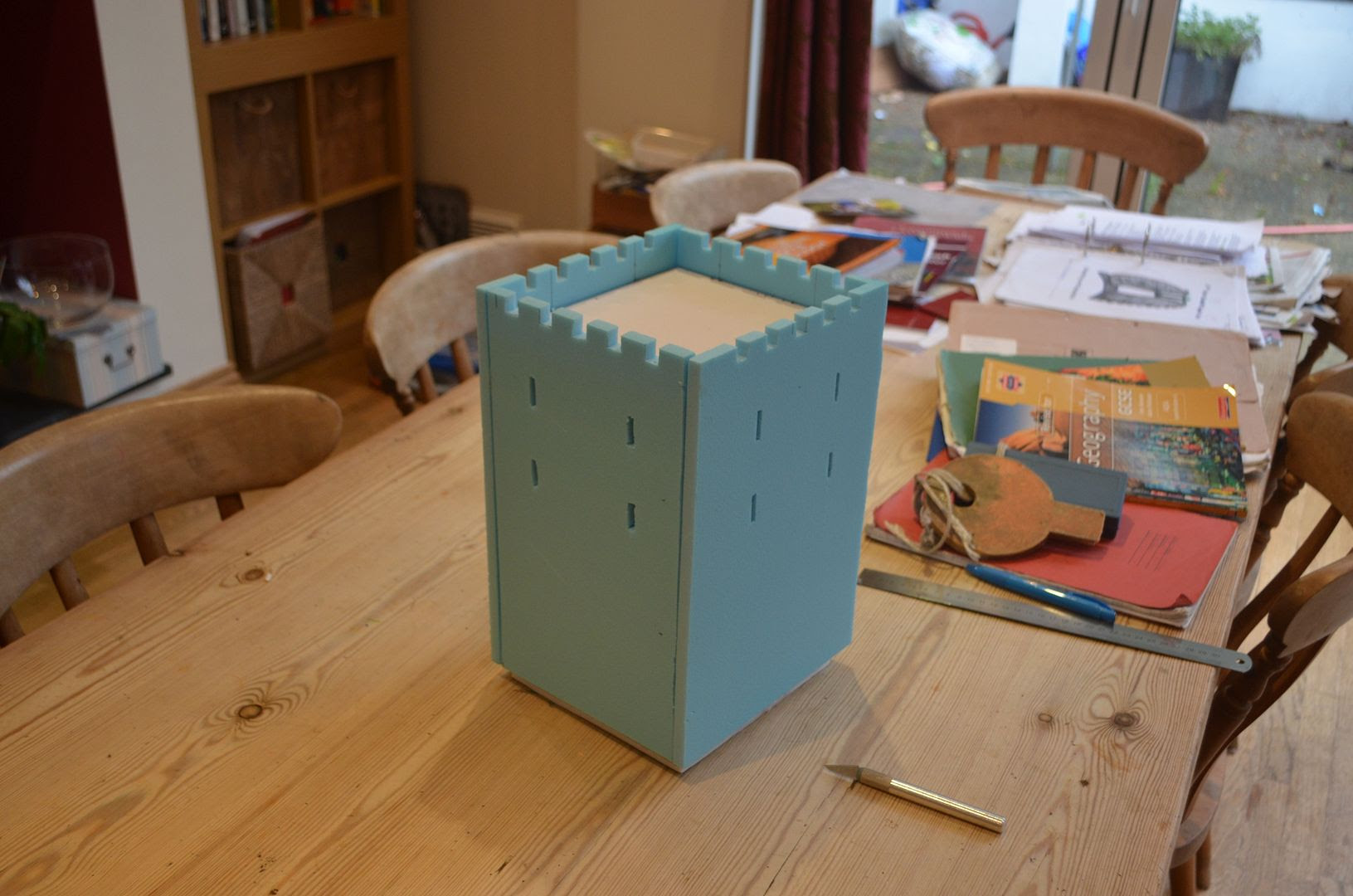 No doubt somebody will ask the tower stands around 30cm tall and is roughly 18cm square. The figure manning the parapets is 28mm to give you an idea of scale 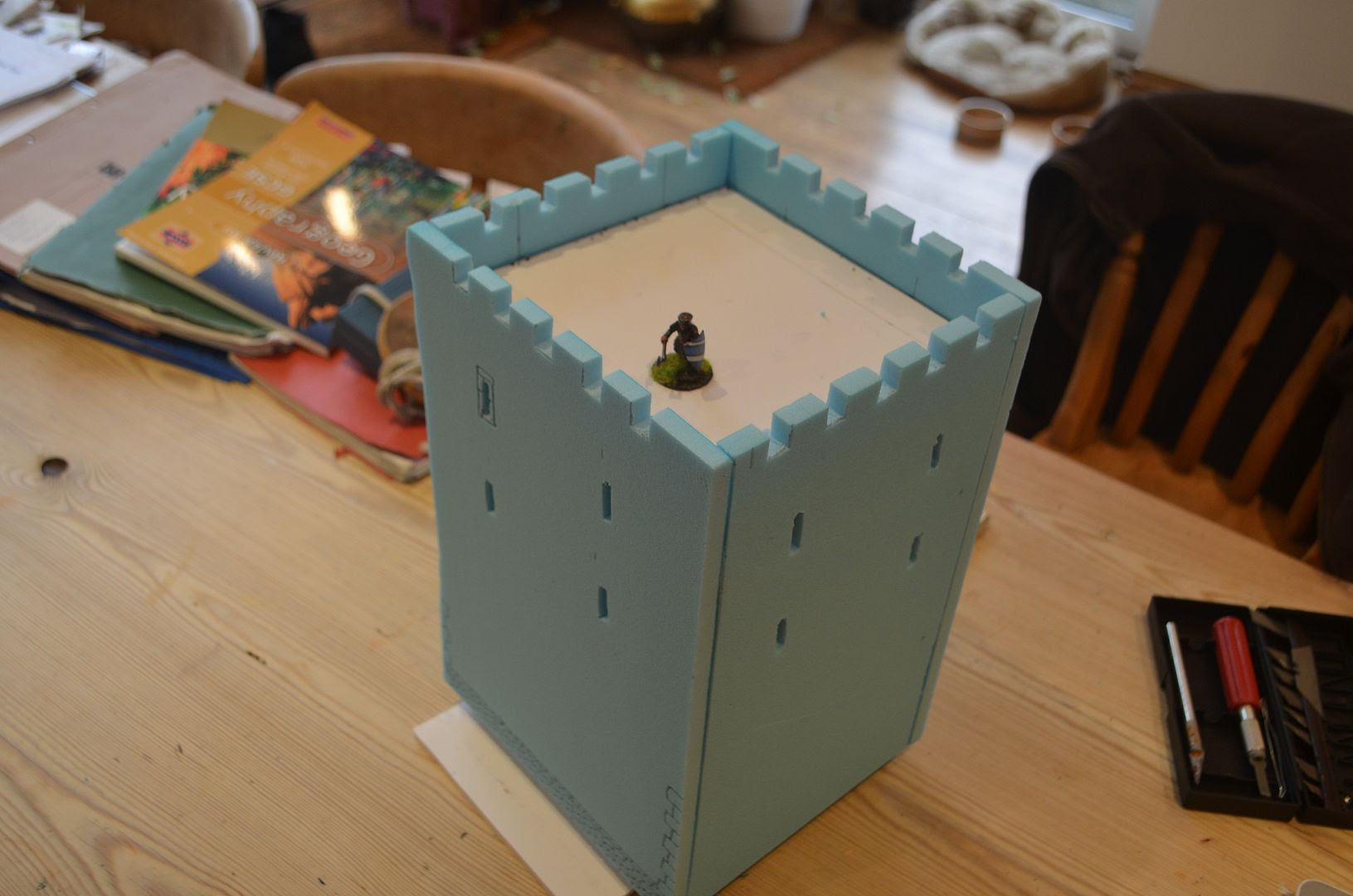 The gaps in the blue foam were then filled with filler and then the next exciting task could begin. I began the long winded job of etching in all the stone work. This is straightforward etch out the horizontal lines with a ruler and biro (the stylus) and then using the same biro ‘draw’ in the vertical lines free hand. It does take time and patience but looks great when complete. 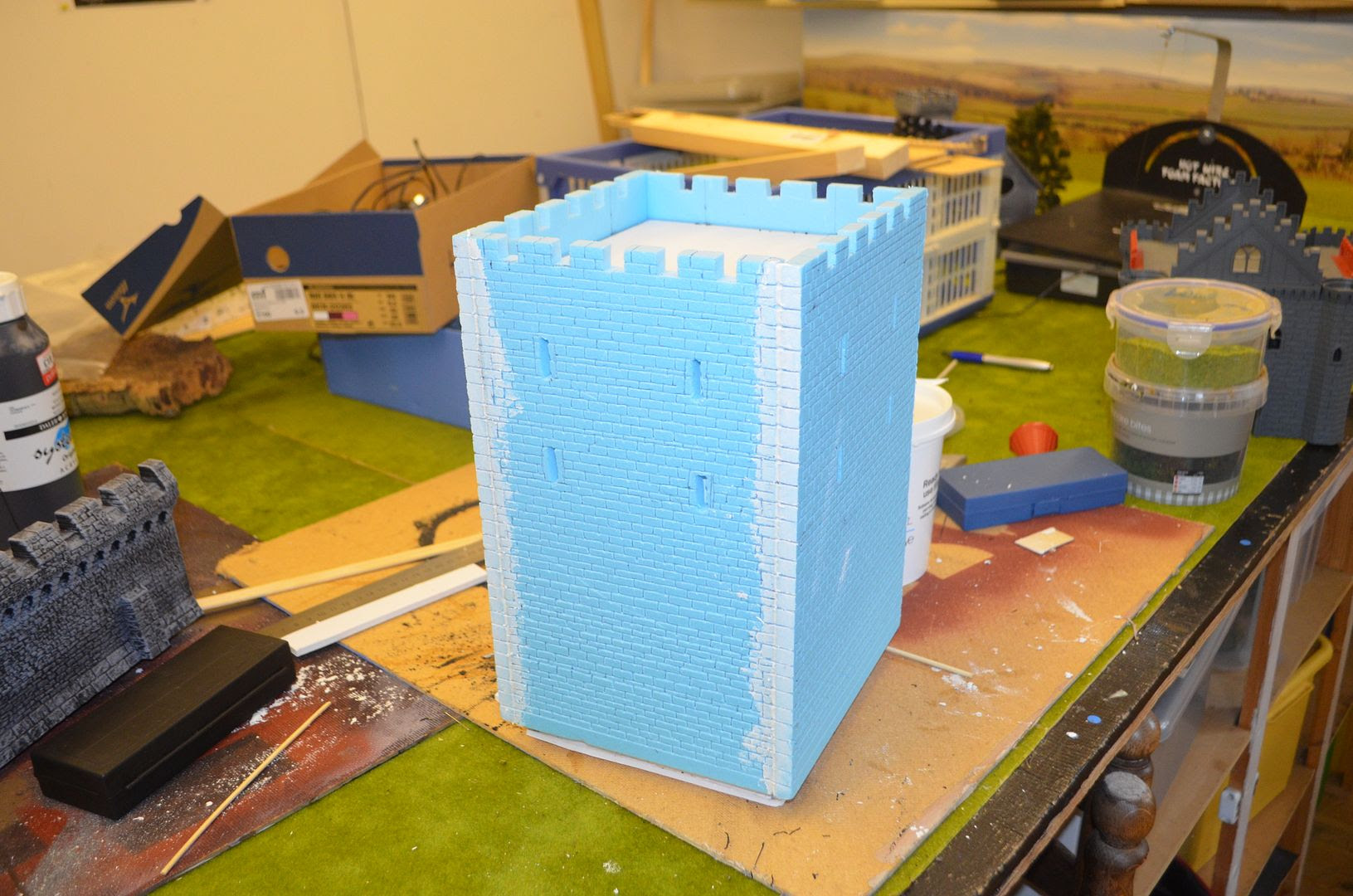 At this point I decided that the battlements just looked too thin – afterall this is a strong castle and scaled two foot thick walls just don’t work. So a an additional strip of walls was added to the inside of the battlements along with a thin panel of blue foam for the roof top. These were engraved before being glued in. The structure is really strong. The whole thing was then painted black. 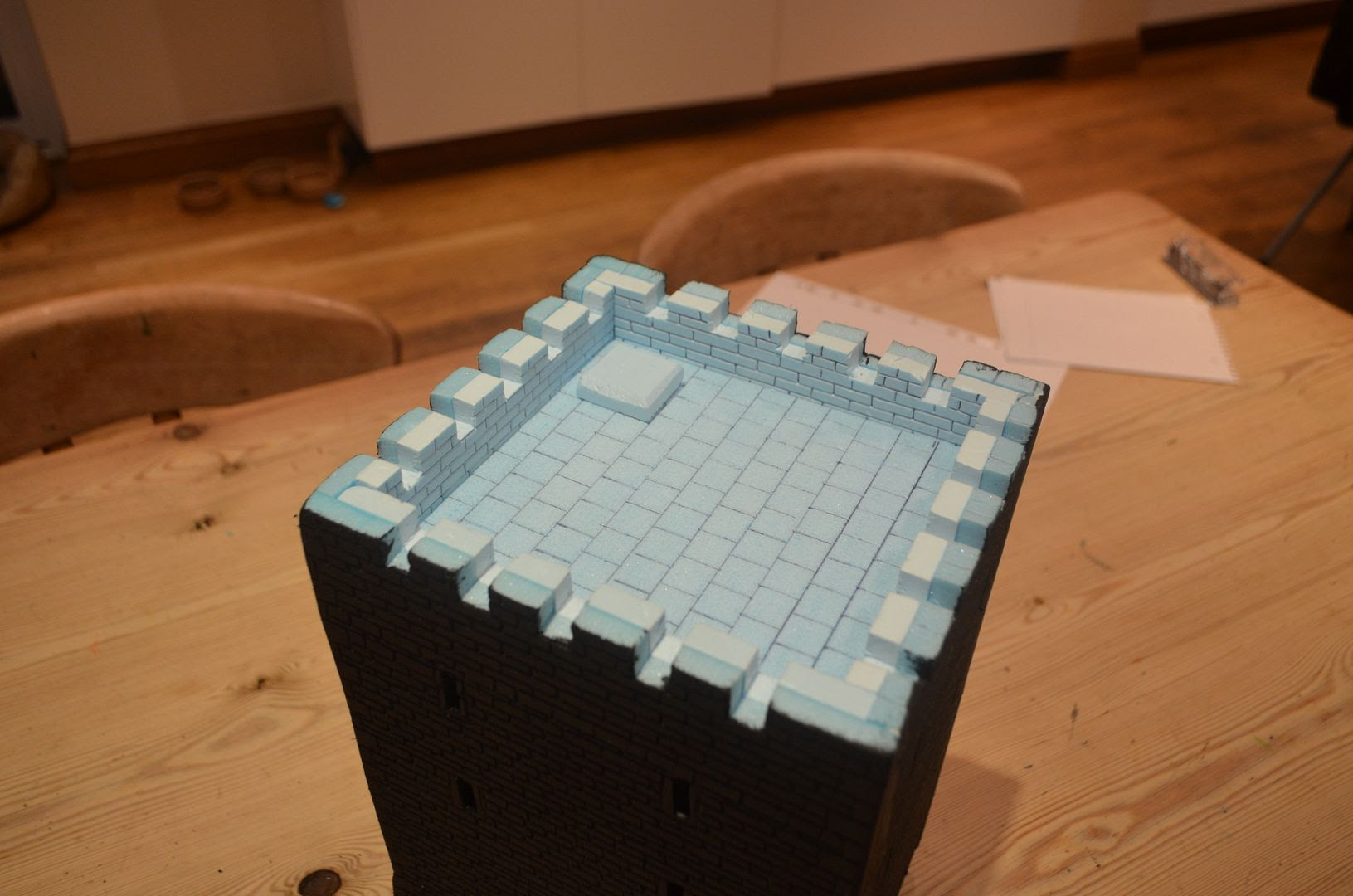 At this point I turned my attention to the castle bailey gate. Sometime ago I had secured a number of GWE castles and an old kids fort with round towers. Could these be joined?

With thanks to the cutting tools of a certain Jim Bibbly (known to many on the LAF) he managed to cut these for a snug fit. 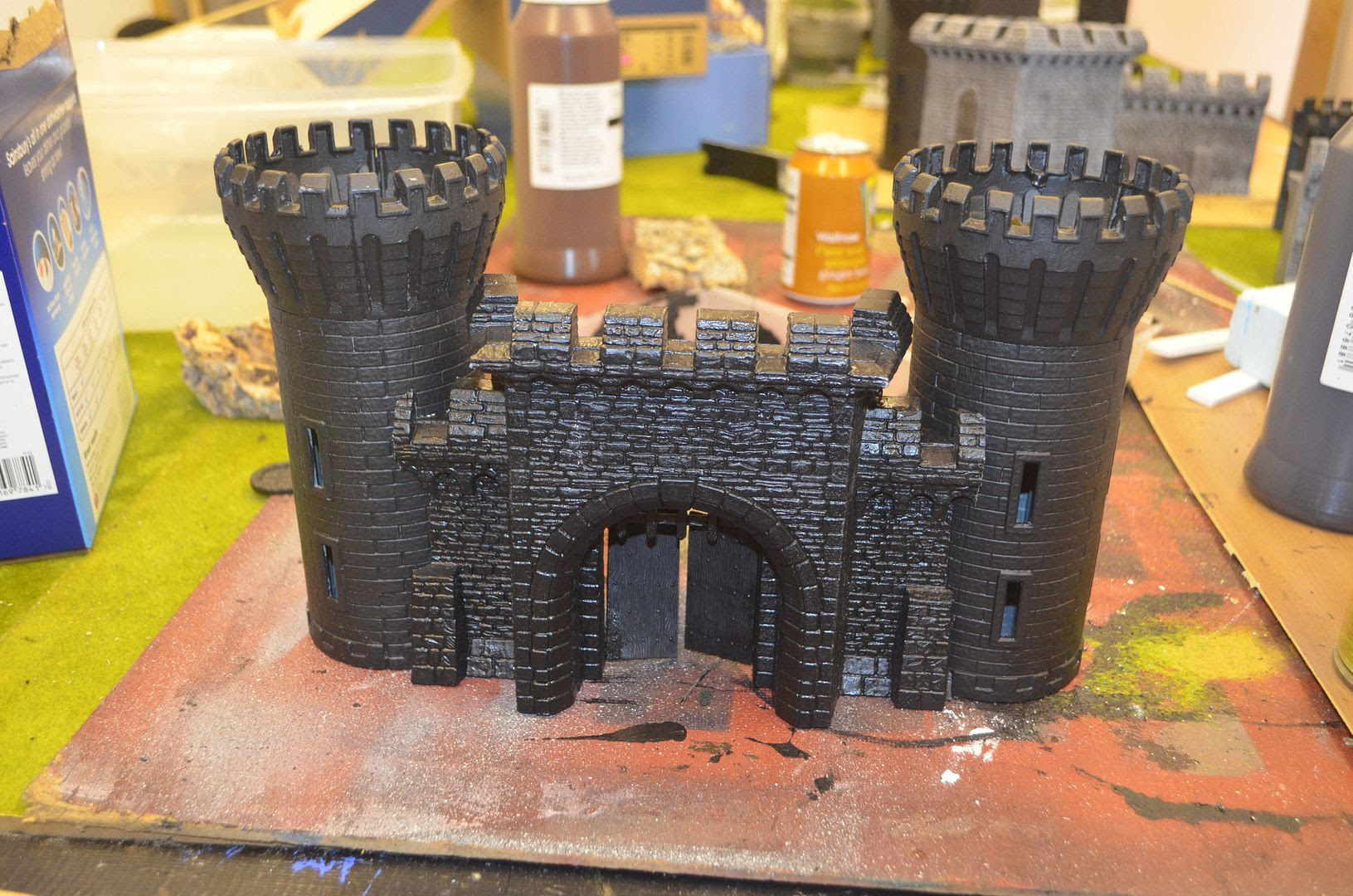 So as you can see in this final picture the Castle of Nottingham is starting to take shape. This will be modular in as much as the Keep could be a stand alone feature. 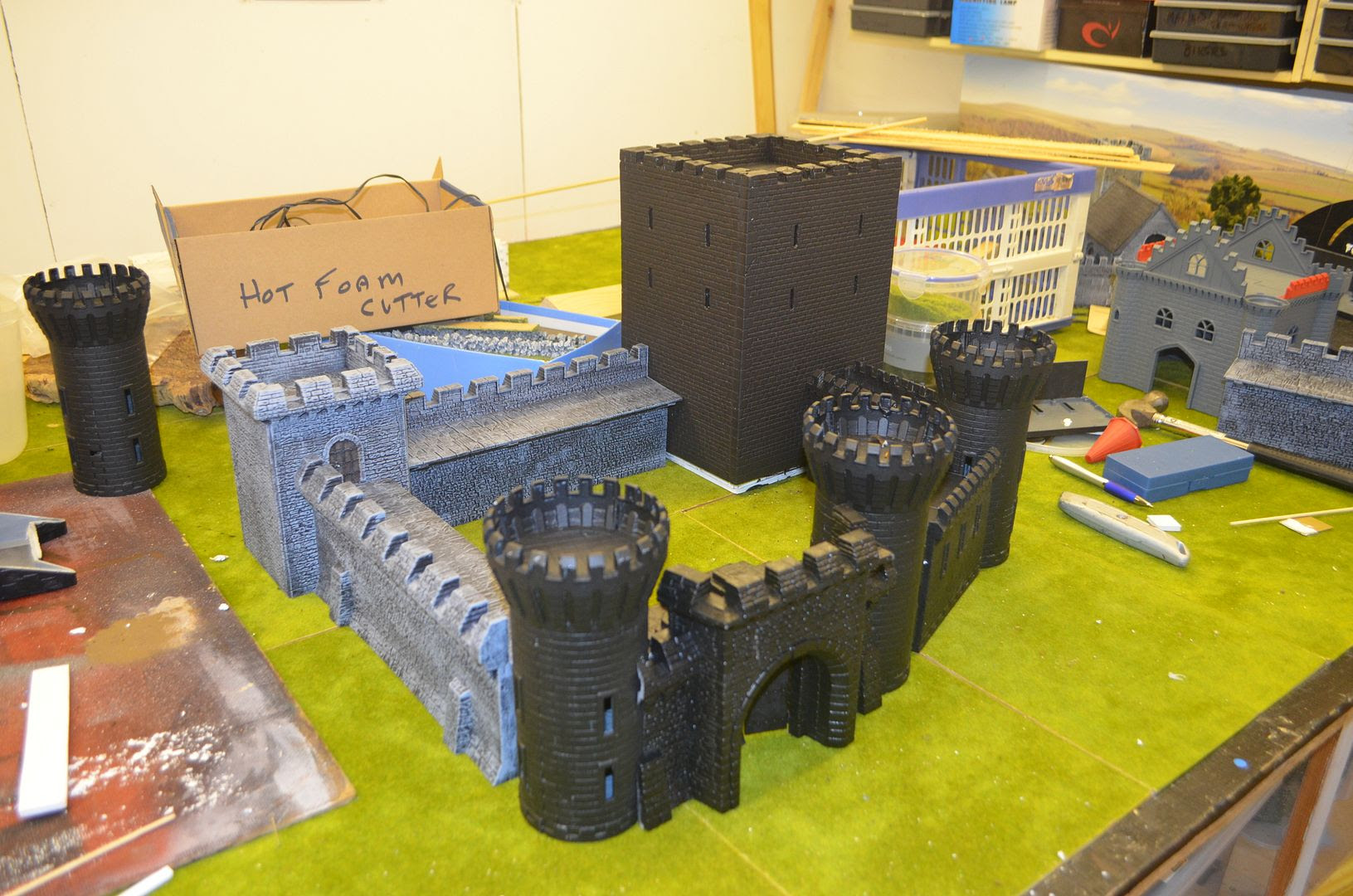