The Men Who Would Be Kings - Unit Cards

This coming Monday the shed is going to trial the new Osprey rulebook titled The  Men who would be Kings written by Dan Mersey. This author is the same one who wrote the successful Lion & Dragon Rampant series.

Post game I'll put up a report and how they played however reading through this set you can see it shares the same heritage as the previous two but with a few major modifications.

The first is that all units have a standard set of actions which they don't have to test for...in other words infantry get to shoot if they can see a target, zulus get to move and attack. In the earlier games once a unit failed the entire army failed.

The second main change is the adoption of leadership values for each unit. There's a nice table to build the leadership value and this is great if you want to fight a battle with only a few units. I am going to introduce a simple modifier to this...all units will have a standard leadership score according to my perceived wisdom.

Why...well my game is going to have six players and at least 90 points aside. Having separate rankings for each unit of the same type is going to be a nightmare. I do however like to have generals and officers on the table. Each brigade/impi whatever will have one leader - this will have a command radius of 6" and add +1 leadership to any unit within this area. He cant be everywhere but could influence the game.

Unit cards are a great way of getting the players to better understand and control their troops. They speed the game up and can be used if in sufficient quantity to create random armies.

My aim with the The Men Who Would be King ruleset was to get all the pertinent data onto one card. One face containing all the unit info the other general rules. These have been produced using power point.

As you can see below 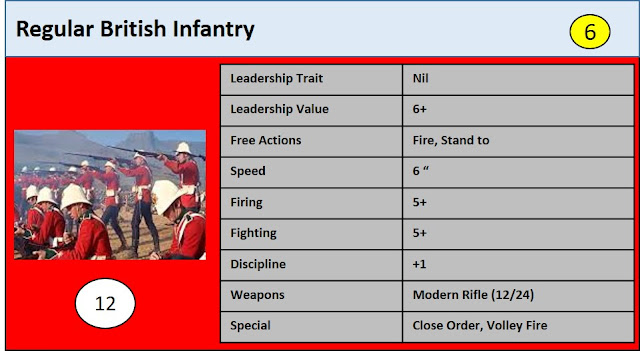 Both are Zulu units but there are variations - I have given the married units veteran status, +1 discipline and a better leadership value. The unmarried lot are fierce +1 to their combat ability 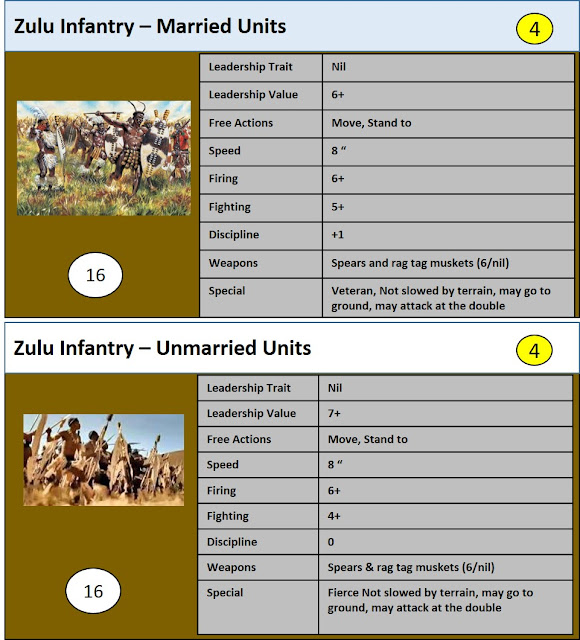 The cards themselves are index sized

I mentioned that the backs of these cards would contain the pertinent rules. These can all be found on the reference card... 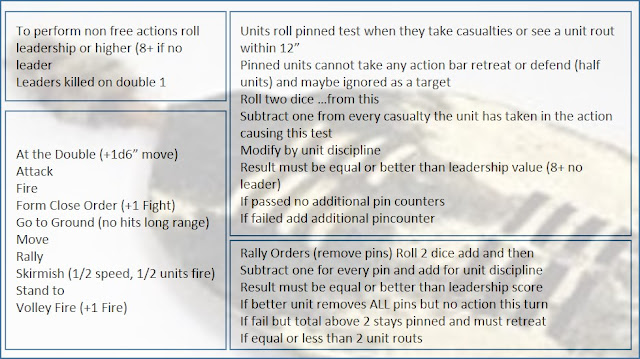 I'll print these all off for monday's game and if all the relevant data is there and works I'll laminate them up.

(PS come back Tuesday to see how it played)
Posted by Eric the Shed at 16:33