Whilst my desert board was assembled I figured it would be a good idea to build some additional terrain.

It became apparent in our last game that I really needed a low ridge and if this could be combined with the build of a wadi. So with my thinking cap on (its quite small) I started the build.

For obvious reasons I wanted to tie this into my other desert terrain so the colour schemes, basic construction etc would all be similar.

First up on some offcuts of hardboard I marked up some simple shapes. Each end would be 12.5cm long in a straight line so they could butt up to the next piece. The curved pieces can slot together so its a good idea to number each piece e.g 5 can fit with 5a. 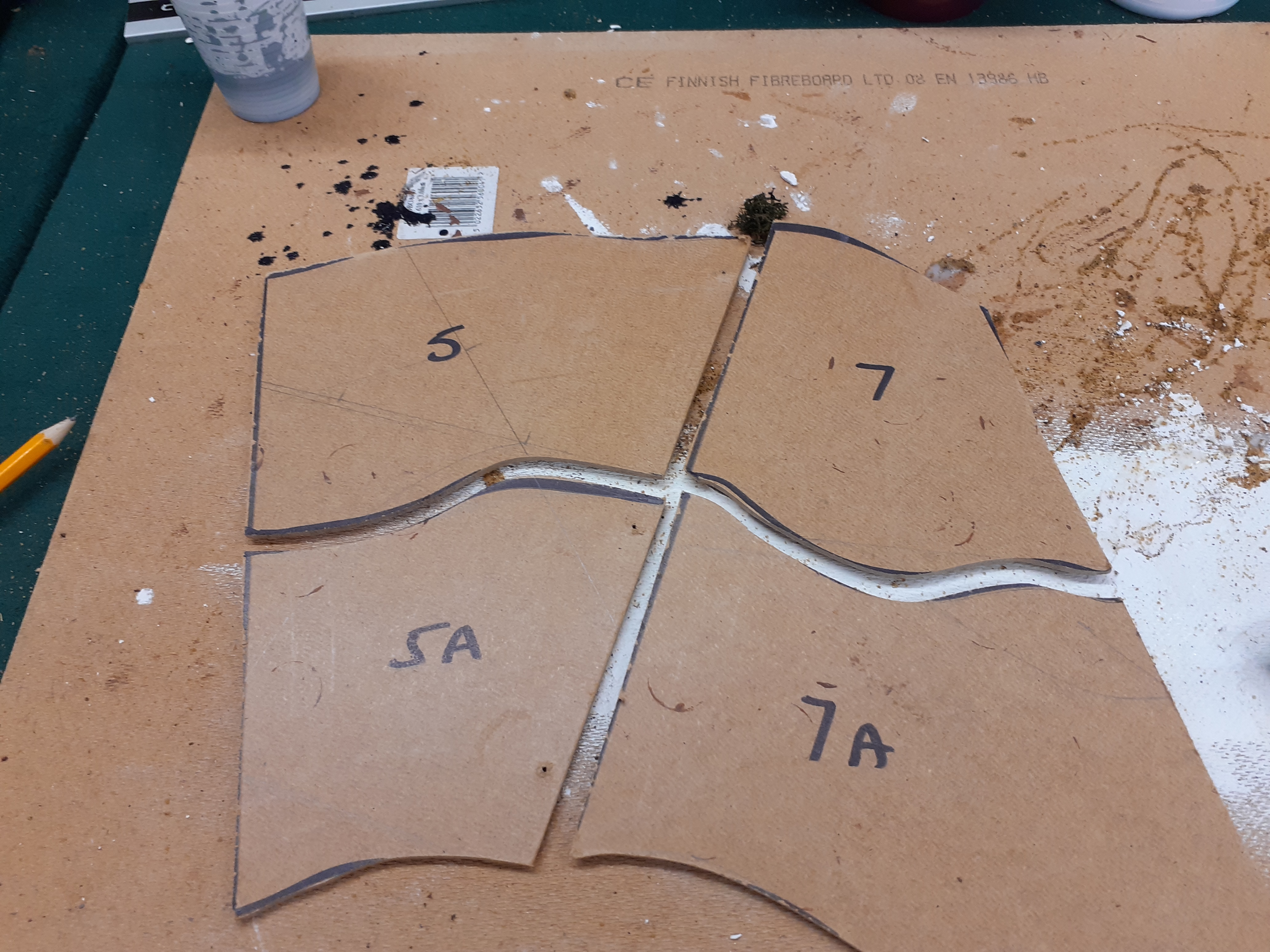 Once cut and sanded I flipped the hardboard over onto the rough side and glued down bits of cork bark left over from my last build. Each piece of cork stands between 2-3cm high. 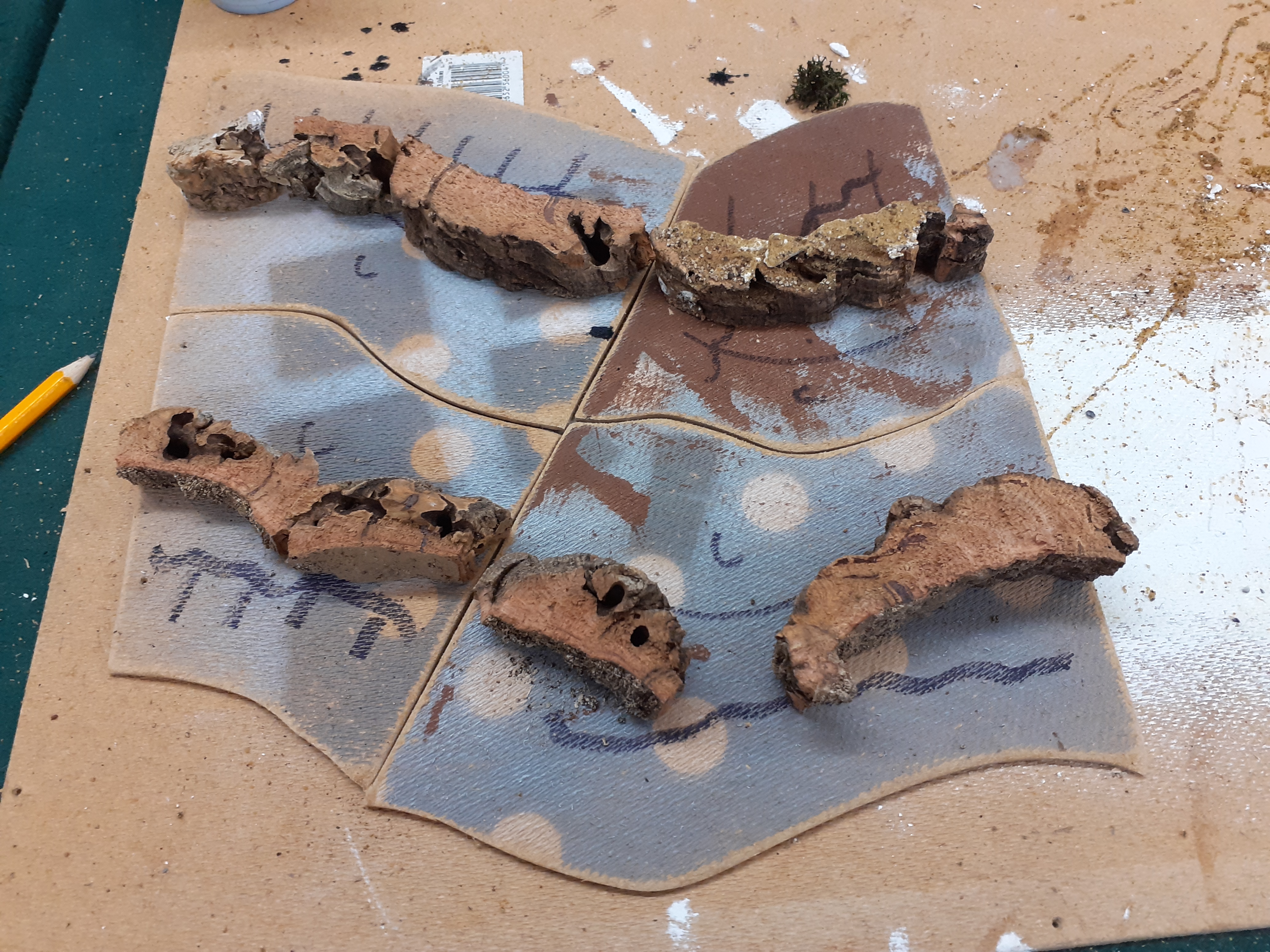 Once glued down I could play around with some permutations. It became evident I needed more so a further six straight sections were added to the pile. 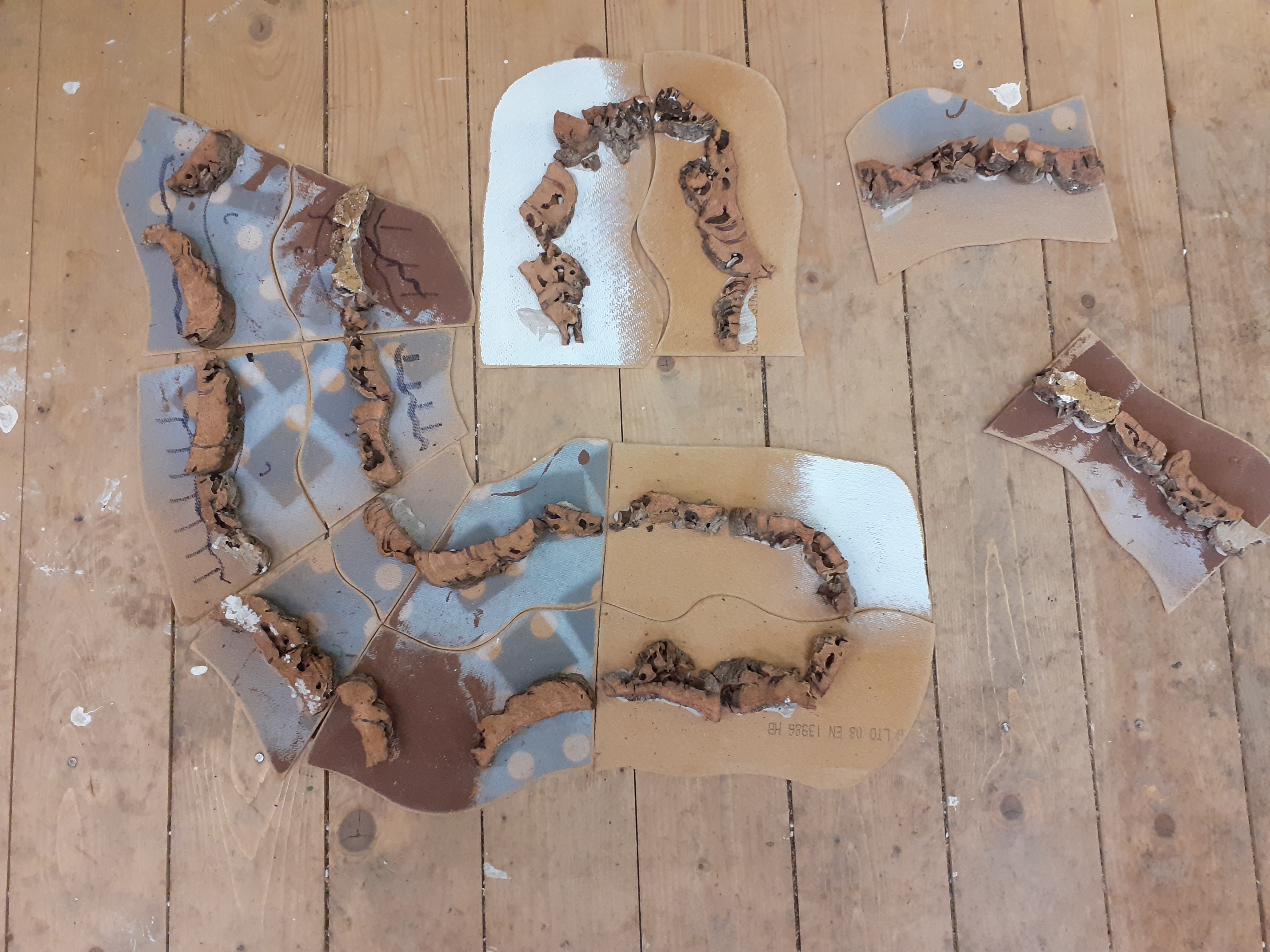 With the cork glue dry I could then for the reverse slope with polystyrene. This was cut roughly with my foam cutter and glued in place 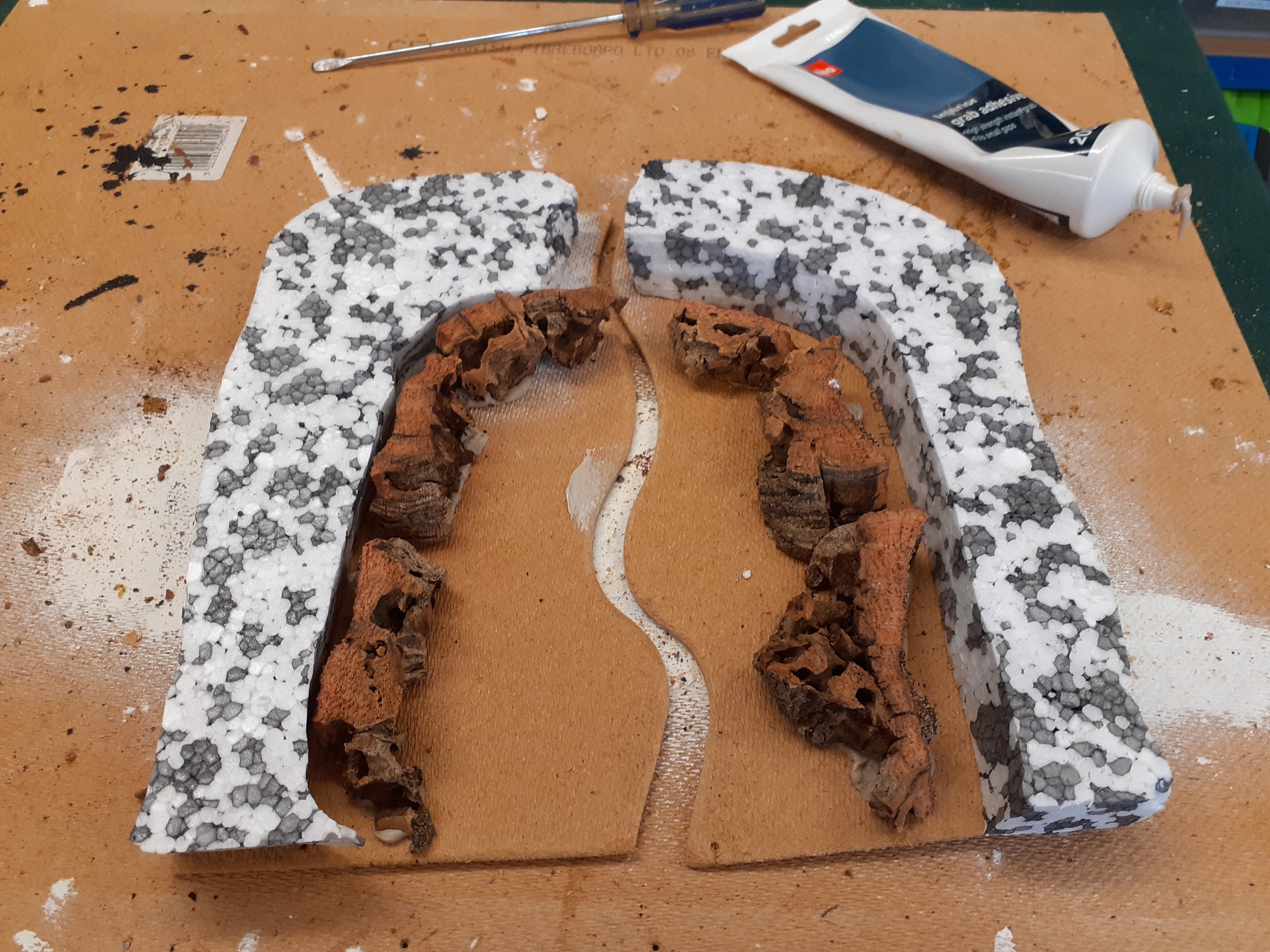 an even bigger wadi !! 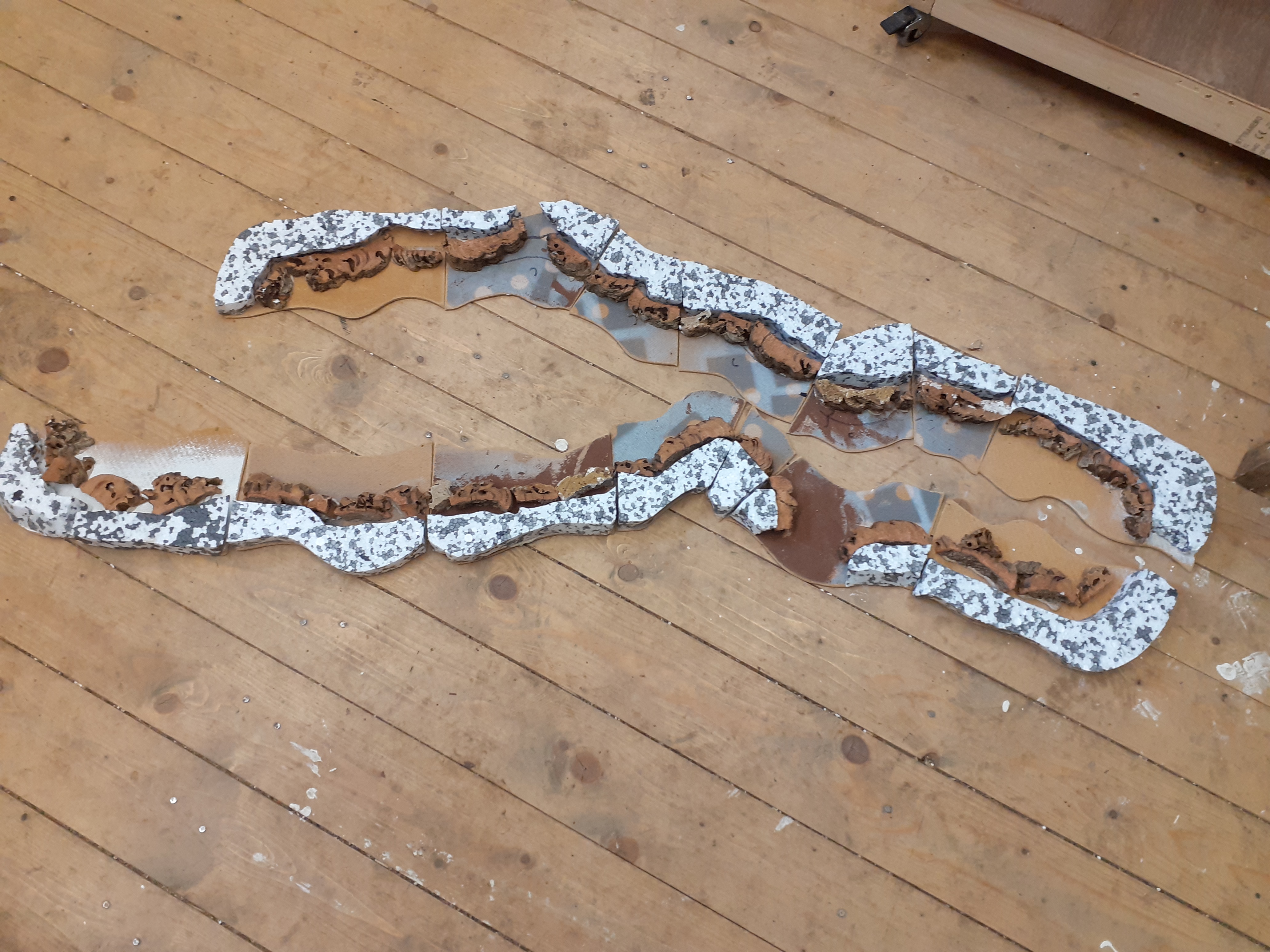 With the polystyrene in place I could 'slope' the block in place, again using the foam cutter. 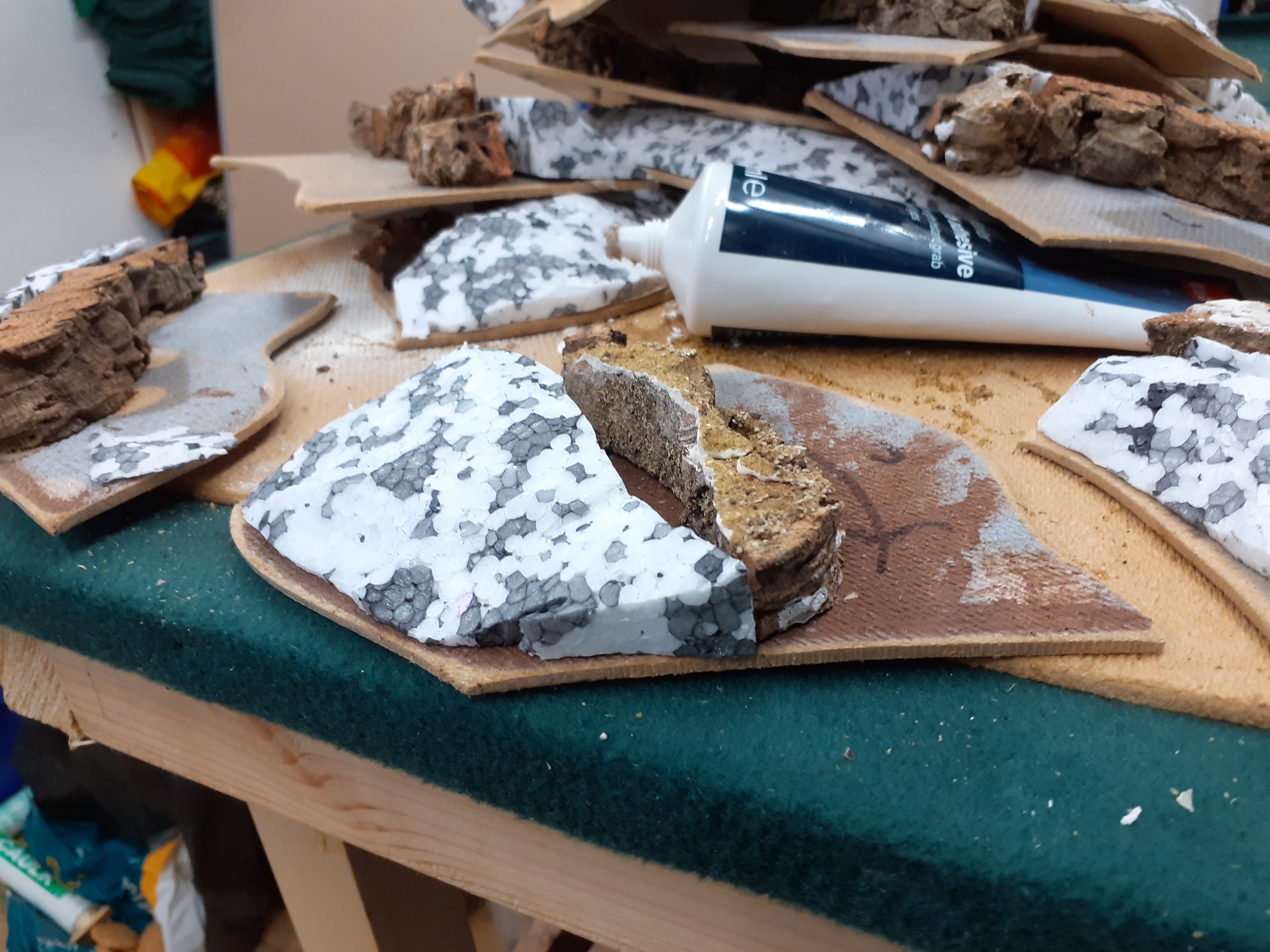 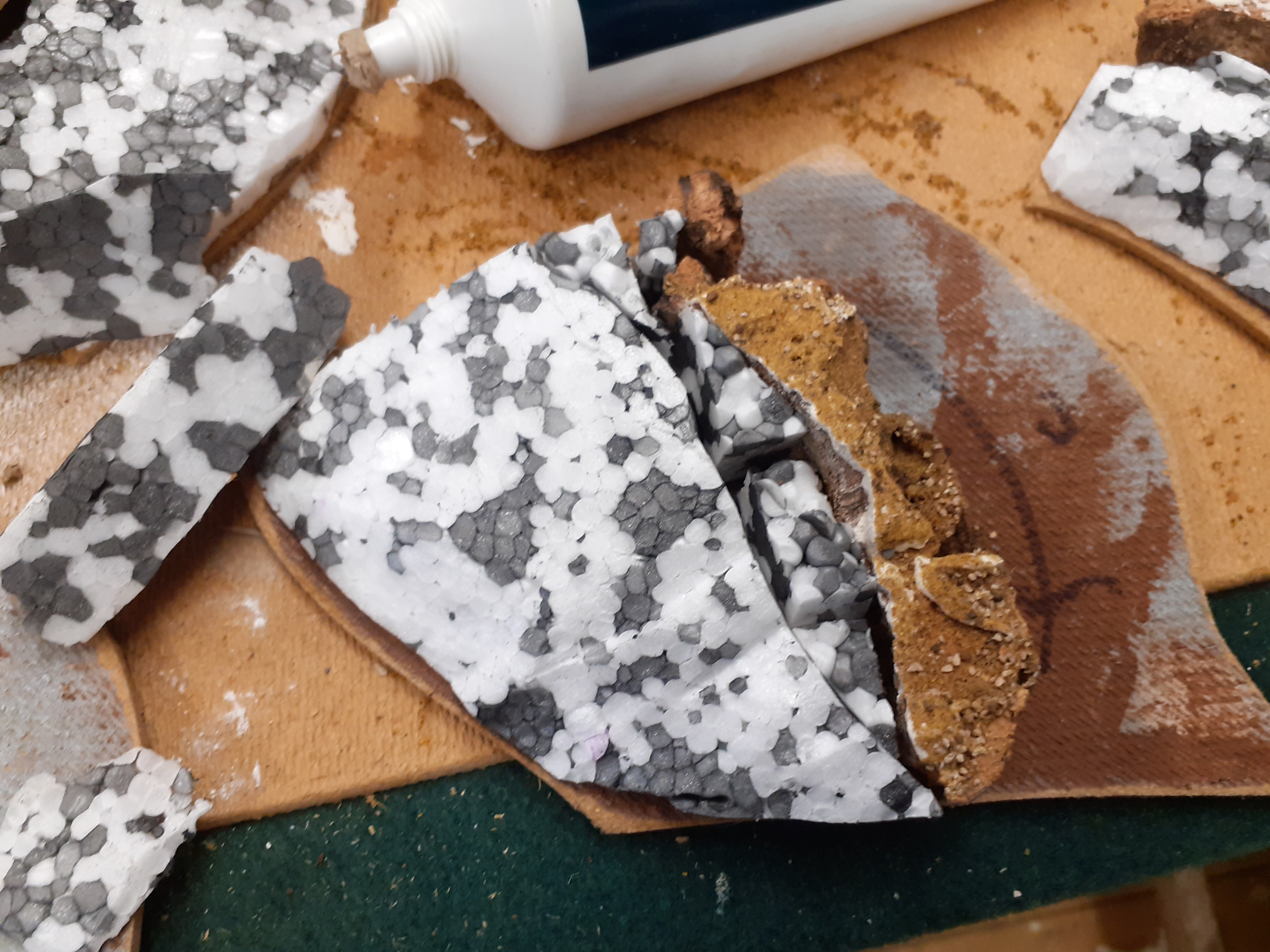 Once dry the flat areas are then coated in pva and covered in sand. Twenty four hours later its already to paint. 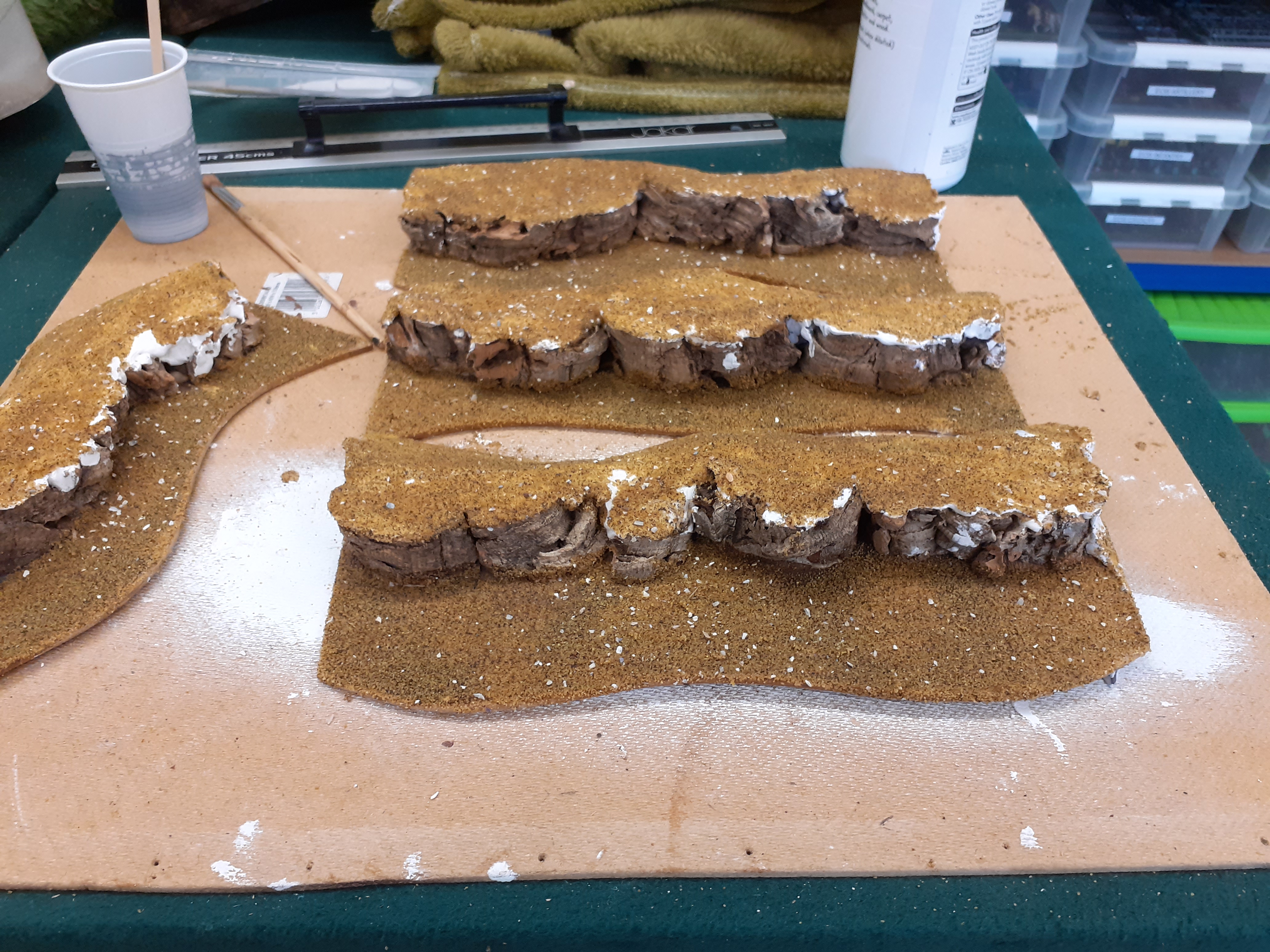 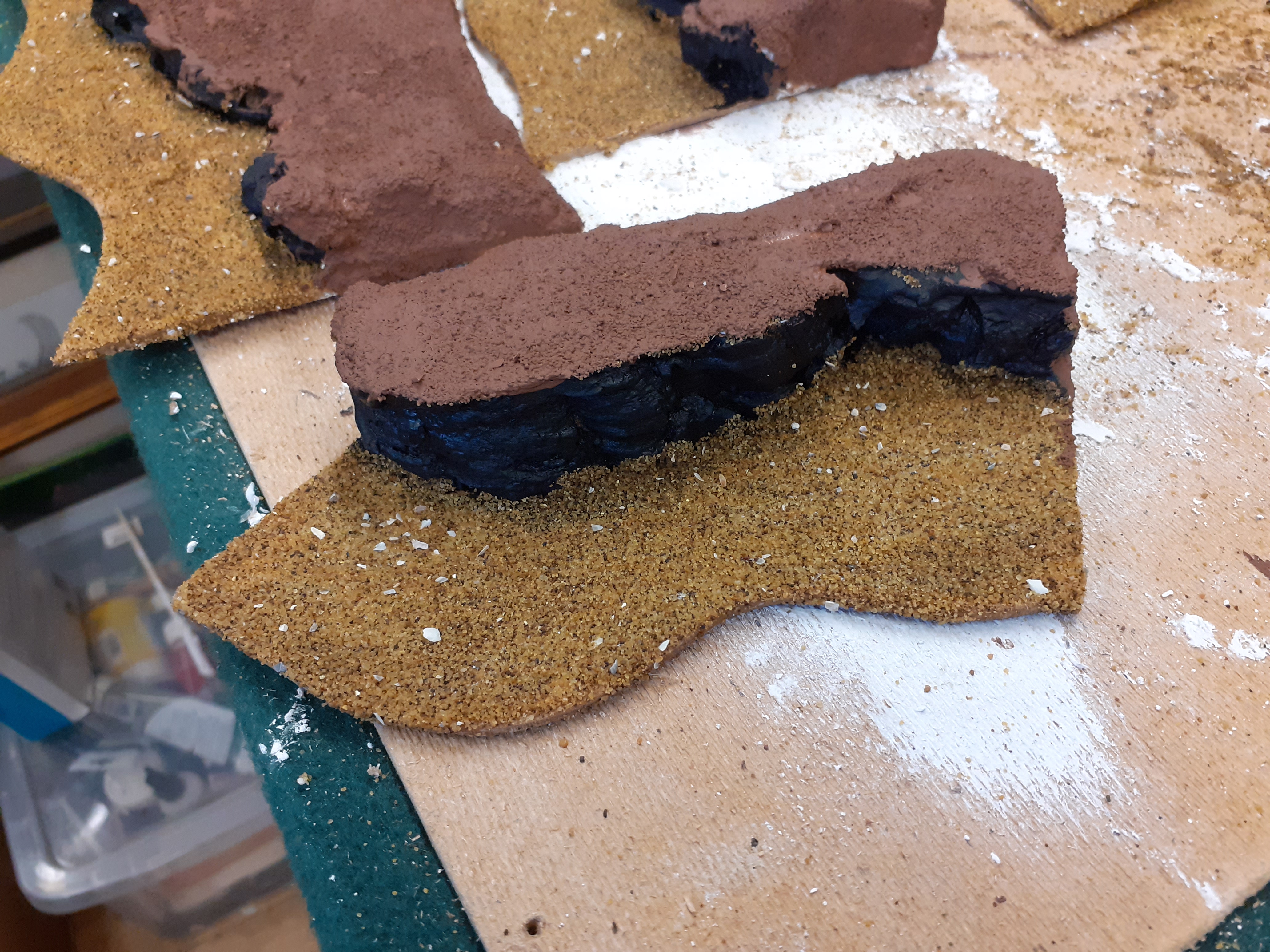 The cliff faces are then drybrushed with the nutmeg brown 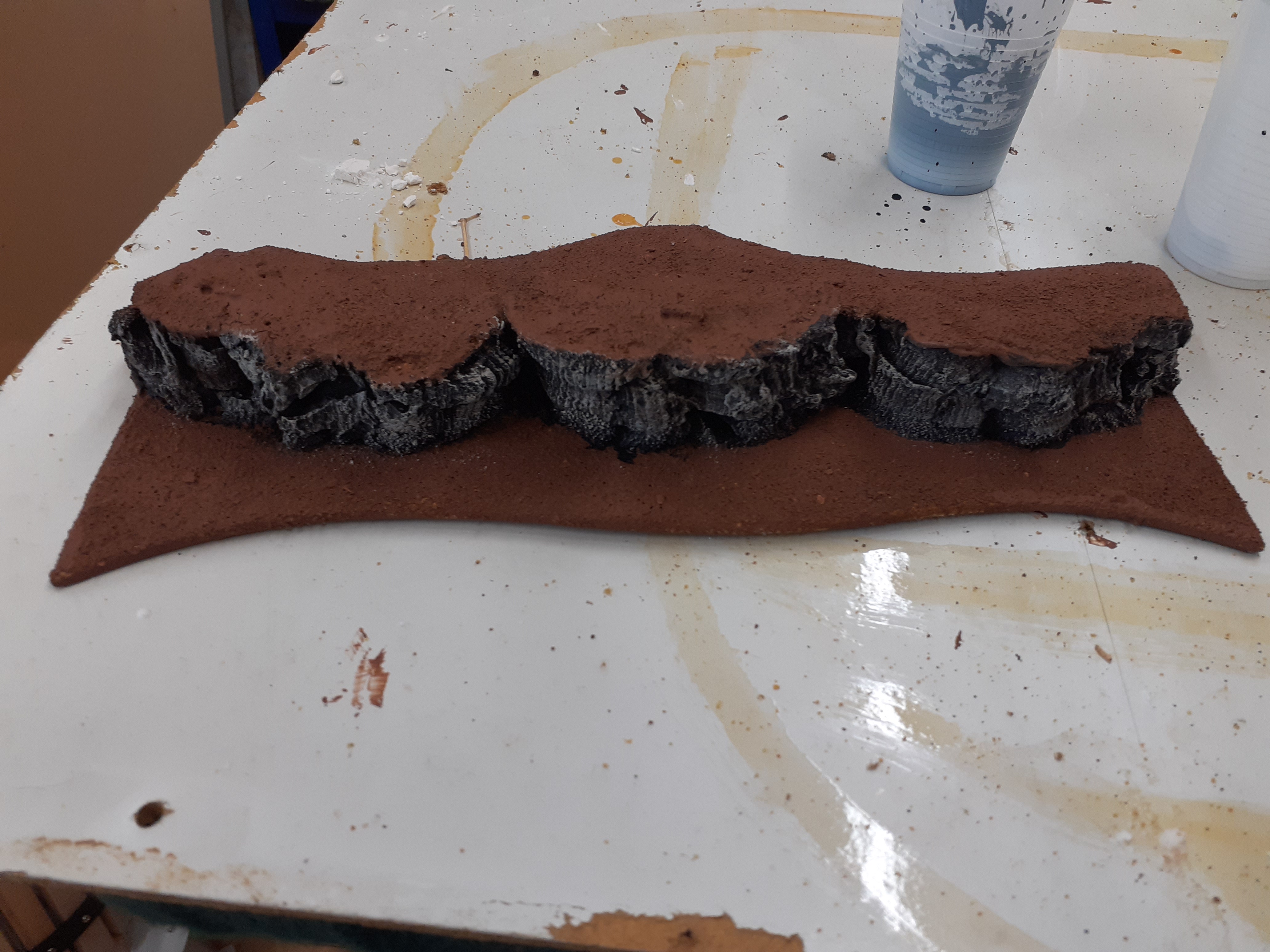 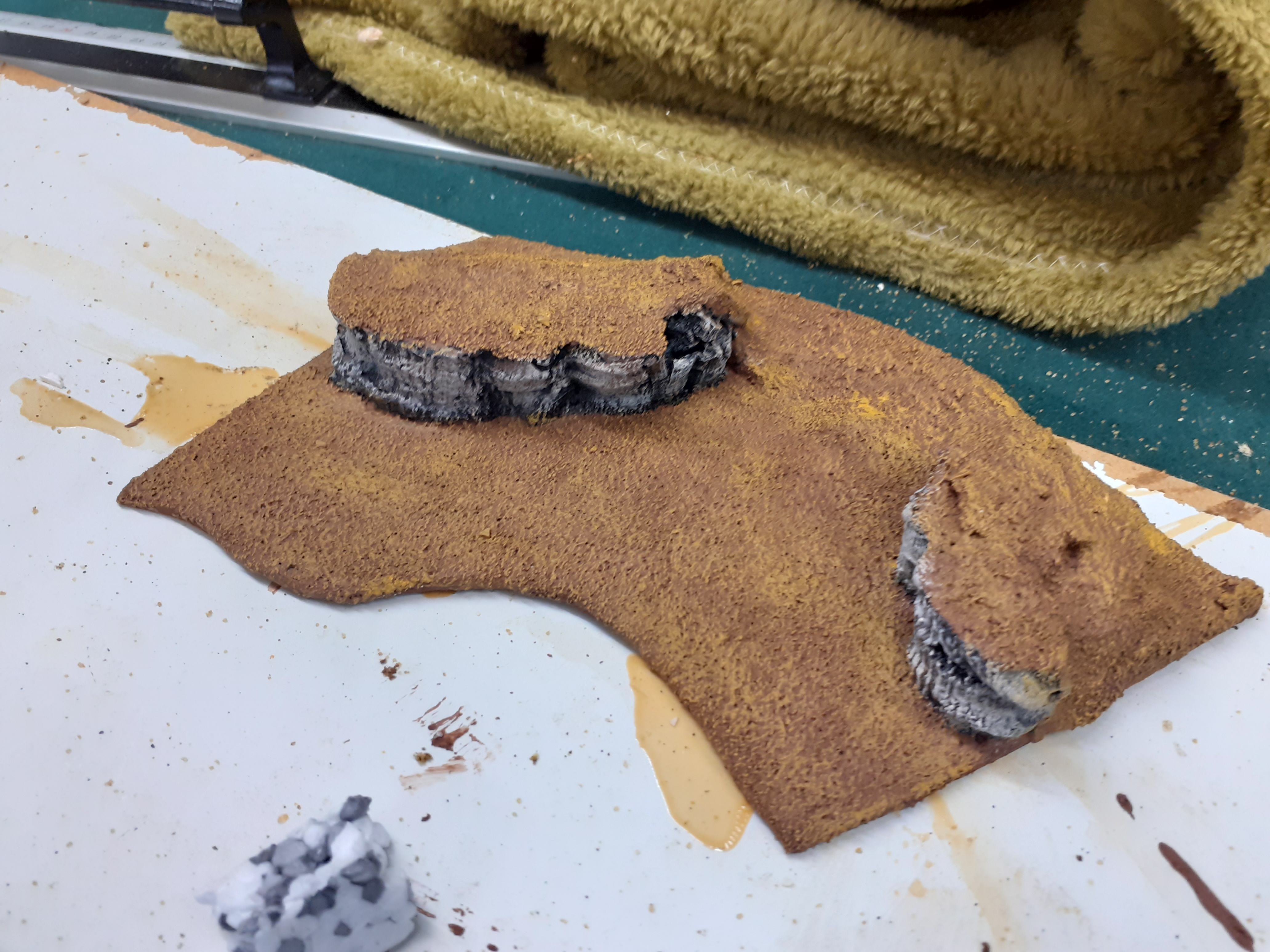 A final heavy dry brush of titanium white brings it all together ...

A finished wadi across by desert board 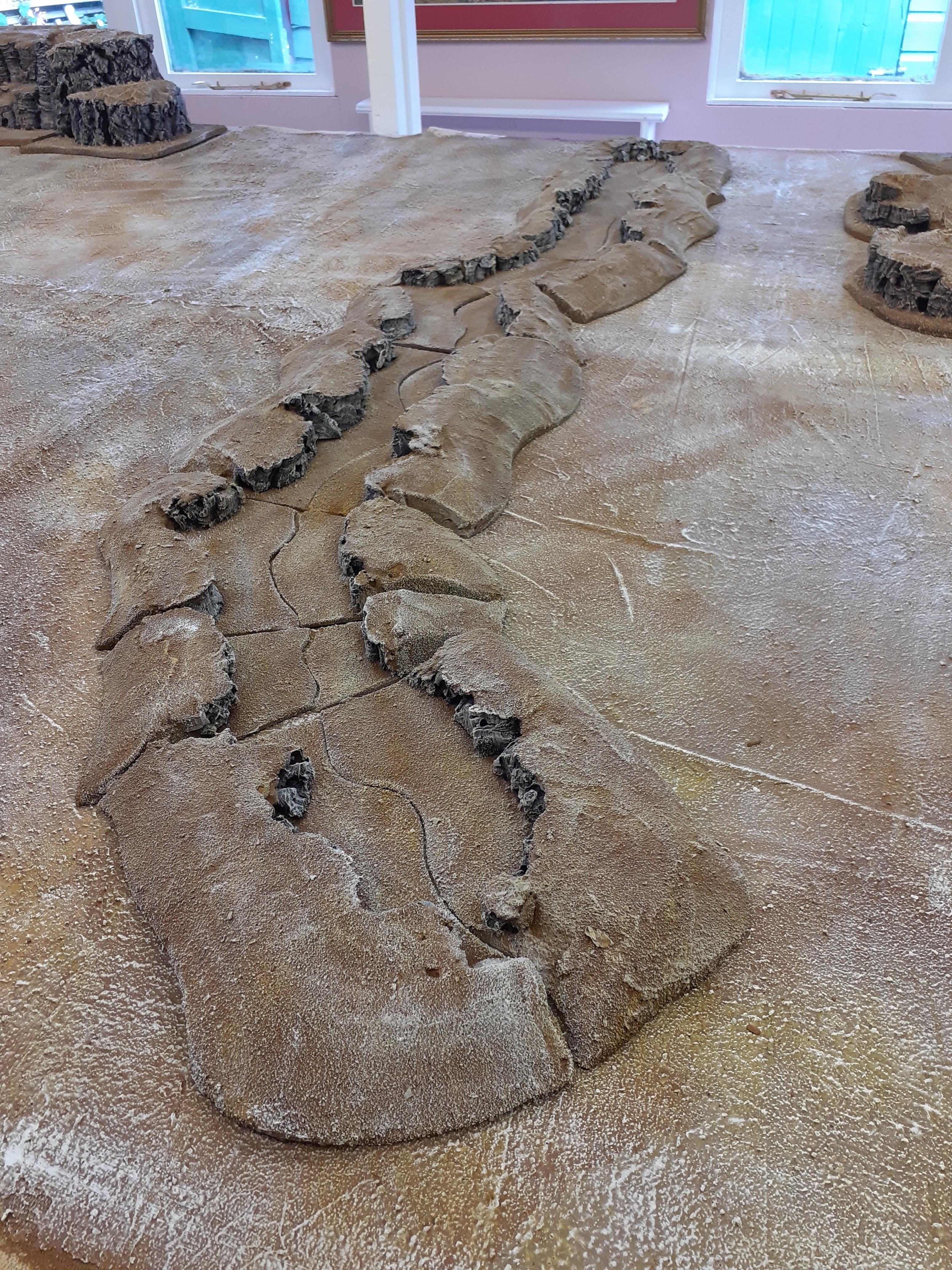 You can se how the pieces interlock below 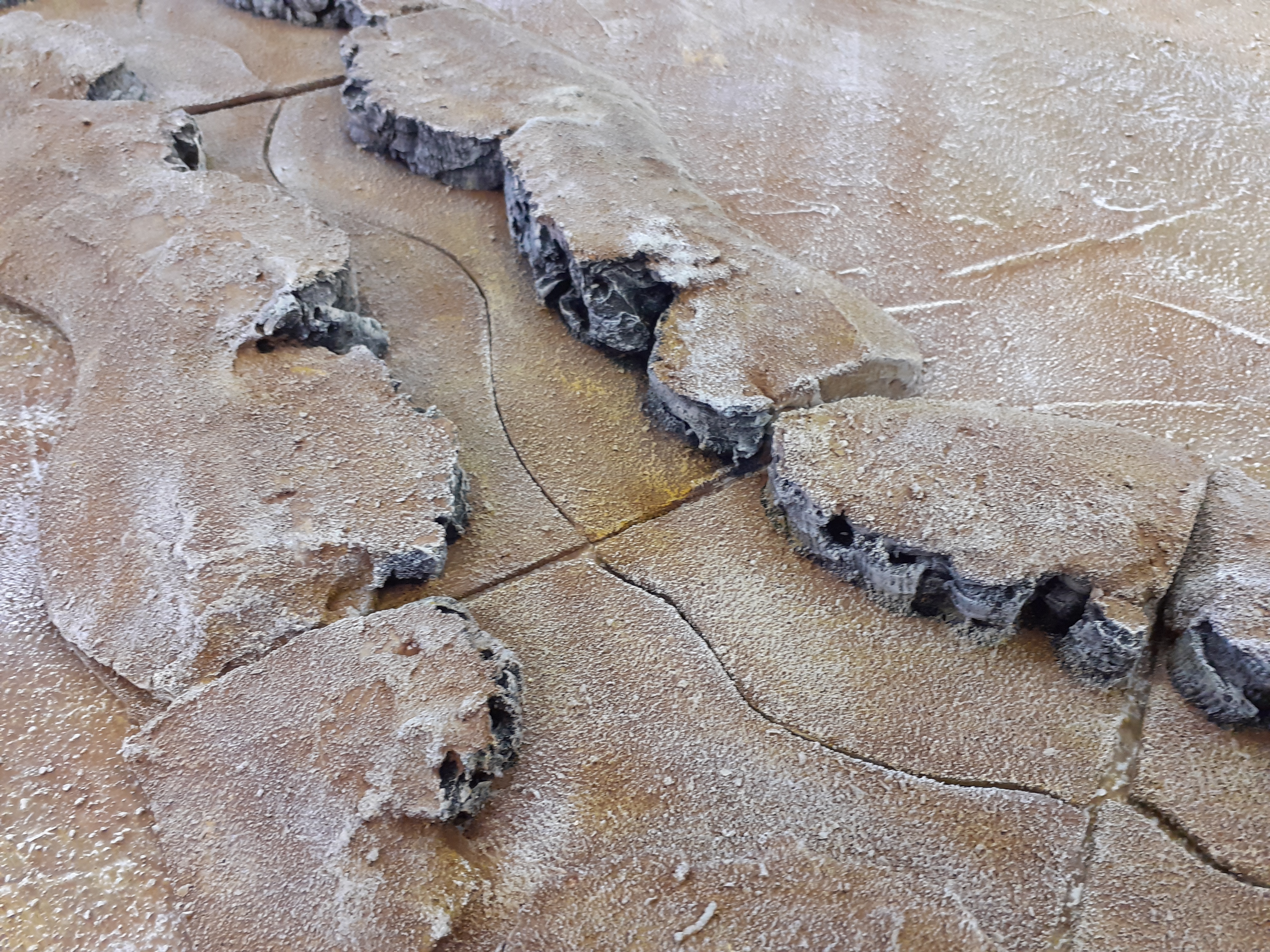 and are wide enough for a single stand of troops 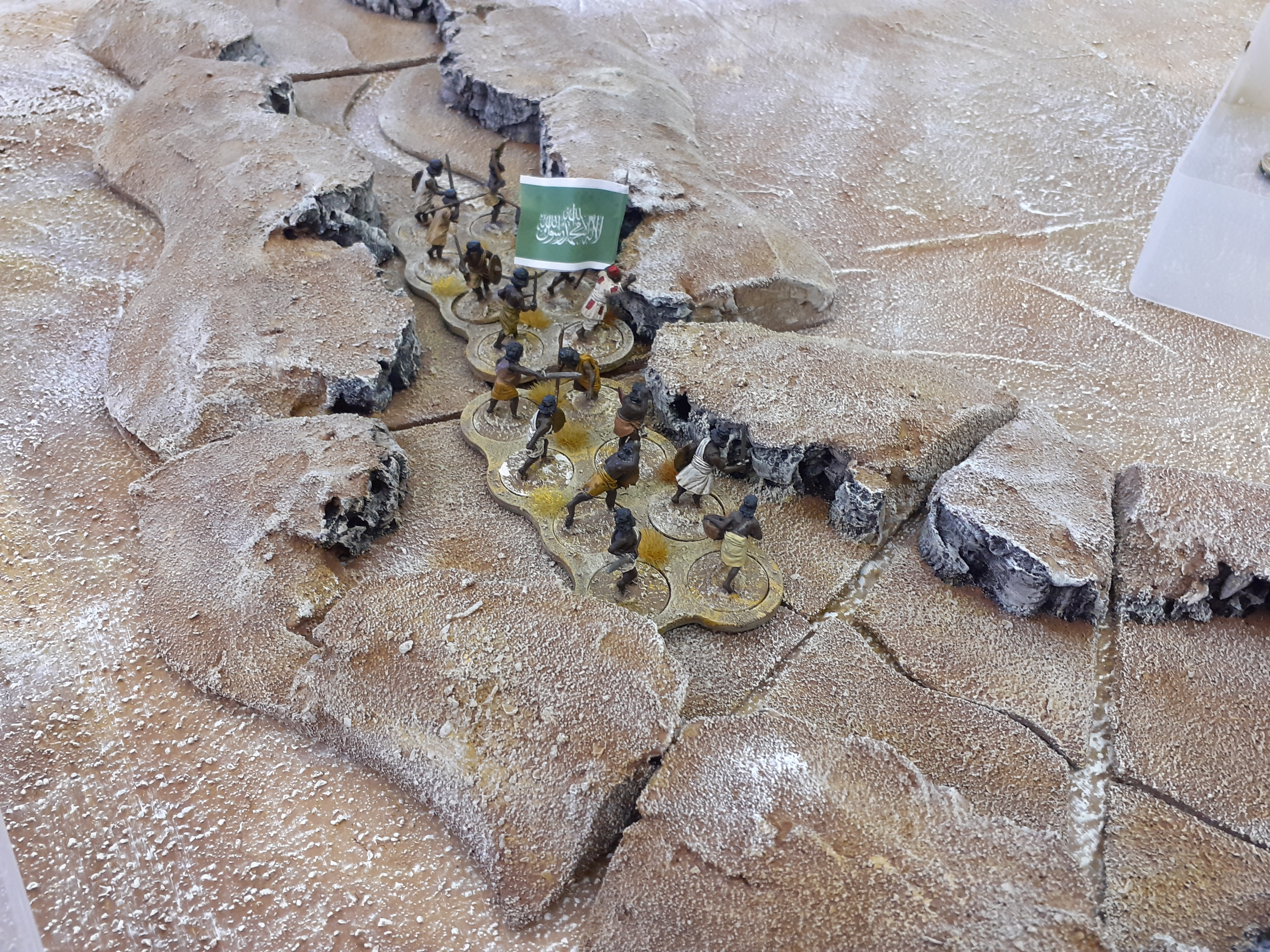 The wadi can then be separated to create a low ridge.... 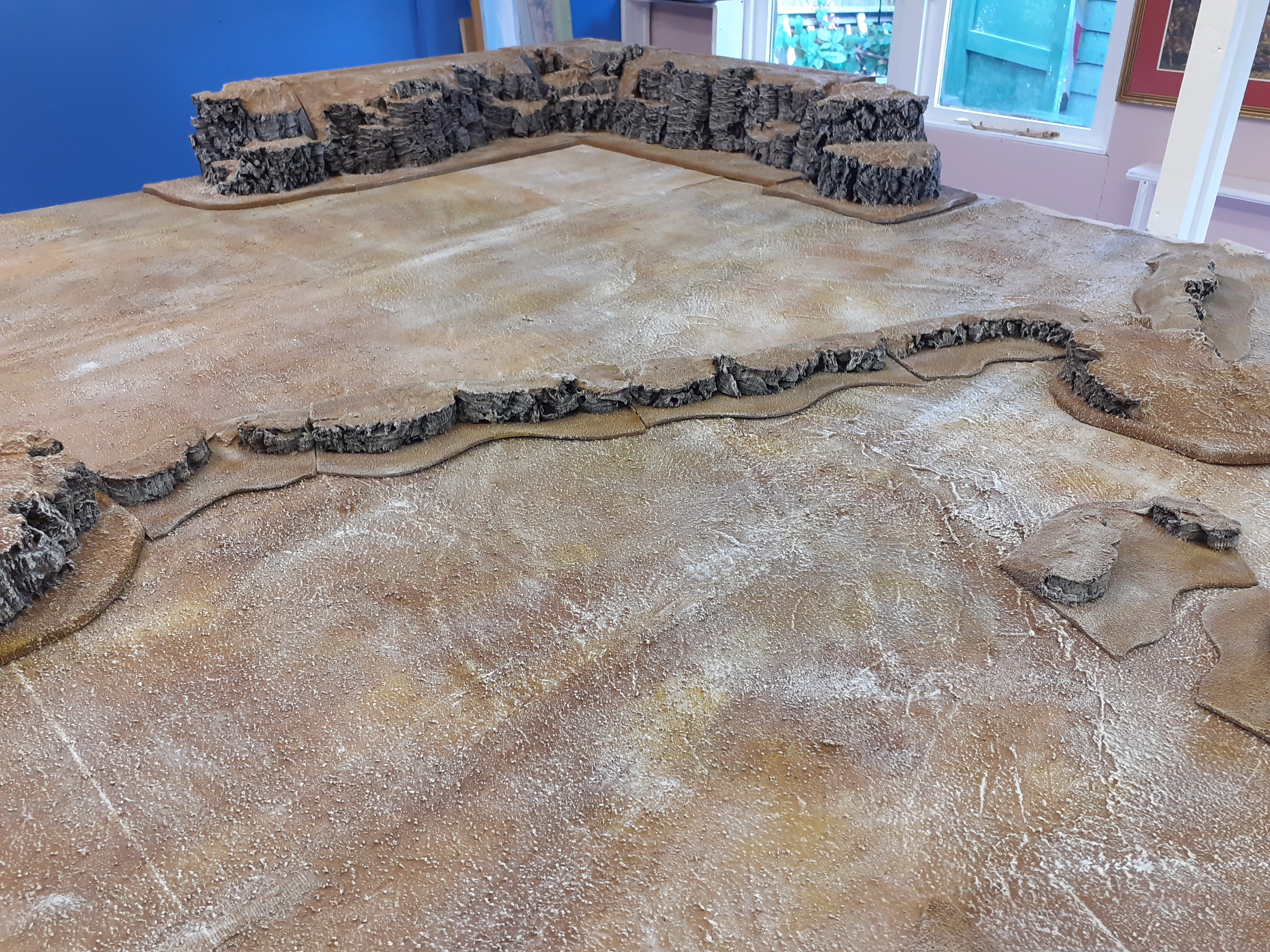 and with a bit of creativity used to denote a river bank...note the blue tiles are just loose 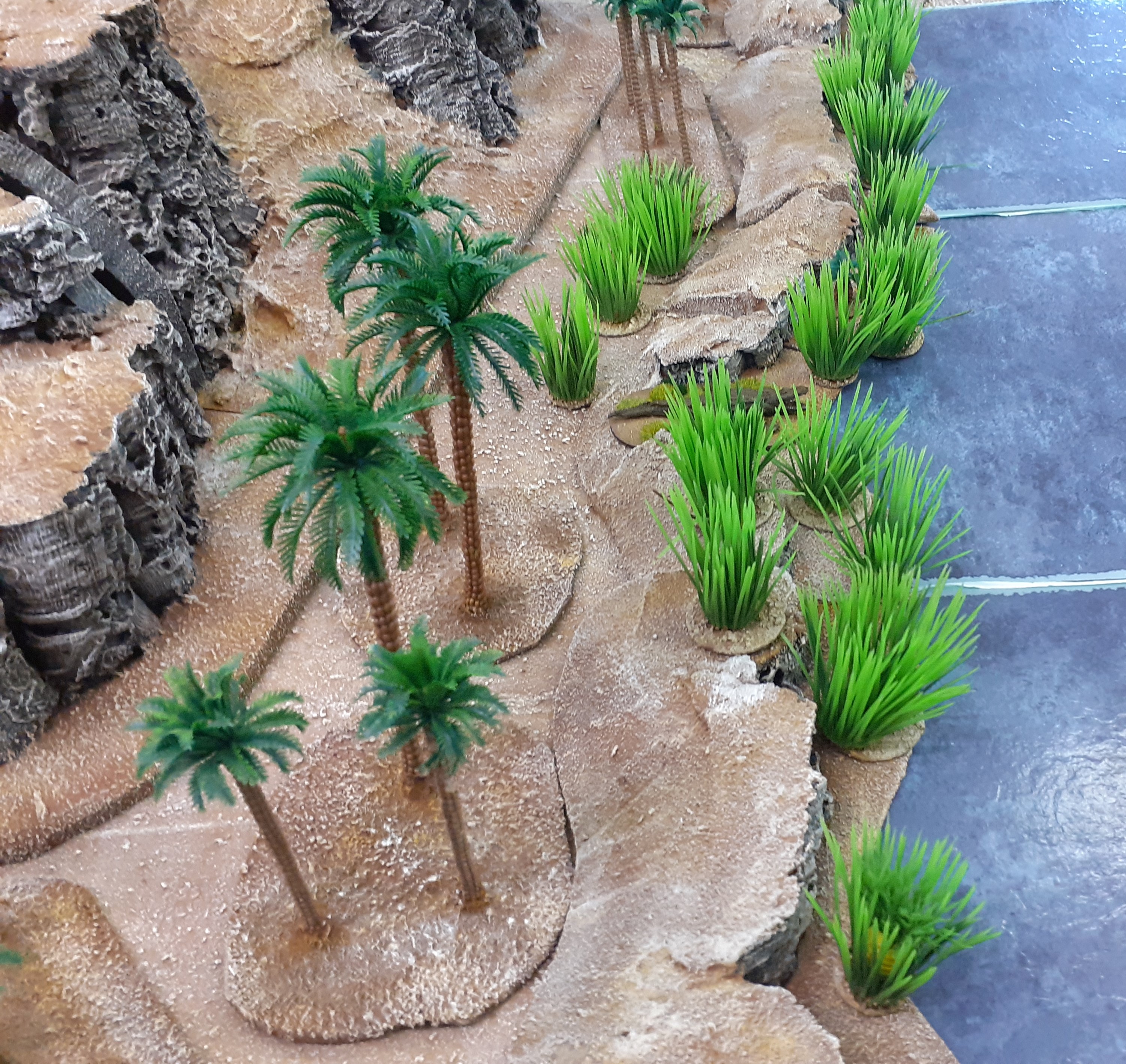