So this is the final post on the painting extravaganza I have put myself through in 2017.

On the 20th February of this year I announced that I was starting a new project focussing on Napoleonic Skirmish  - very soon after this announcement the project somewhat grew and has become a fill blown monster. The ambition ultimately ending up with the opportunity to field two armies of the period in sufficient numbers for three aside games in the shed.

If you want to read through this journey the first post is here with each subsequent post linked to the next
http://shedwars.blogspot.co.uk/2017/02/a-new-project-chosen-men-napoleonic.html


By my reckoning its taken me 7 months from start to finish to achieve this goal. A total of 31 Infantry Battalions (24 figures strong), 14 Cavalry Regiments (12 strong), 15 Artillery Batteries and approx 36 command stands. This equates to over 1000 figures.

The majority are plastic from Warlord and Perry so they have been assembled and primed. Special mention must however go to Front Rank not only for their great range but their superb service in helping me to fill out some of the units with key figures (eg drummers, standard bearers etc)
Every figure is individually based. These have all been painted, washed in Army Painter Dip, and then hand varnished. I am no a good painter but en masse I am told that they do the job and look the part.

Before I share with you some pictures of the full parade I'd just like to introduce the final two units that made the cut -  my Imperial Guard Grenadiers and a Swiss Battalion. 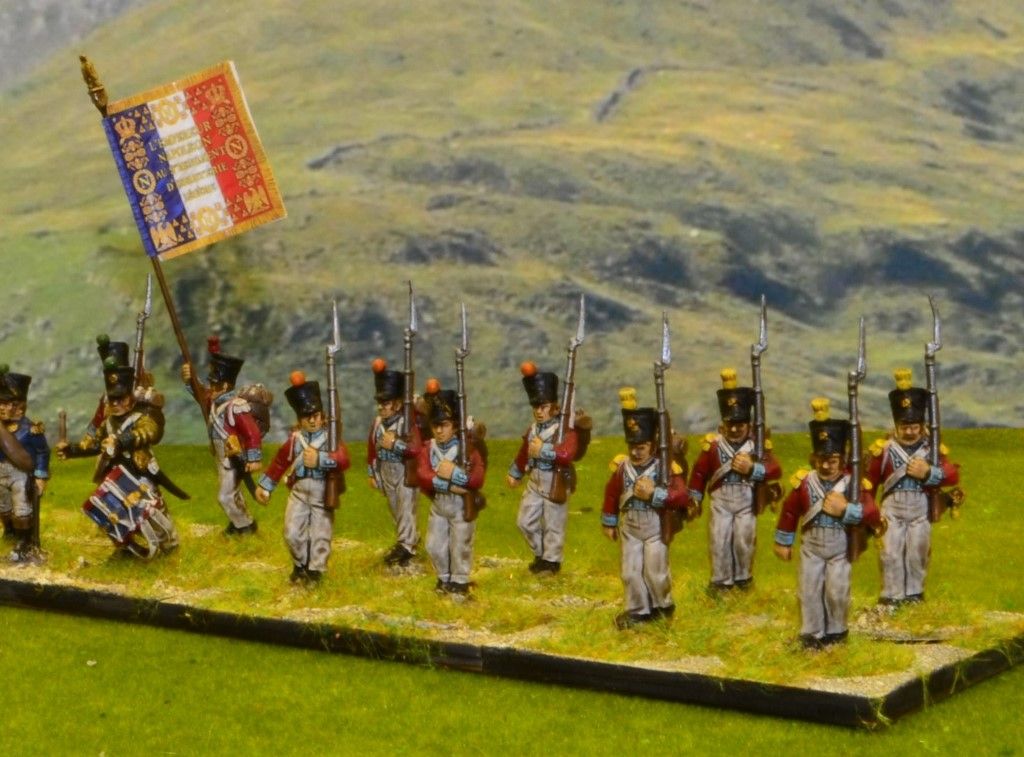 The Imperial Guard are from Victrix - I picked up a couple of sprues cheap on ebay. Rather than the standard six bases these guys have eight

British & Allied Forces in the foreground - French to the back

Allied Infantry - Portuguese in the Front along with the Rifles

until next time - which will be when we play with these boys !!